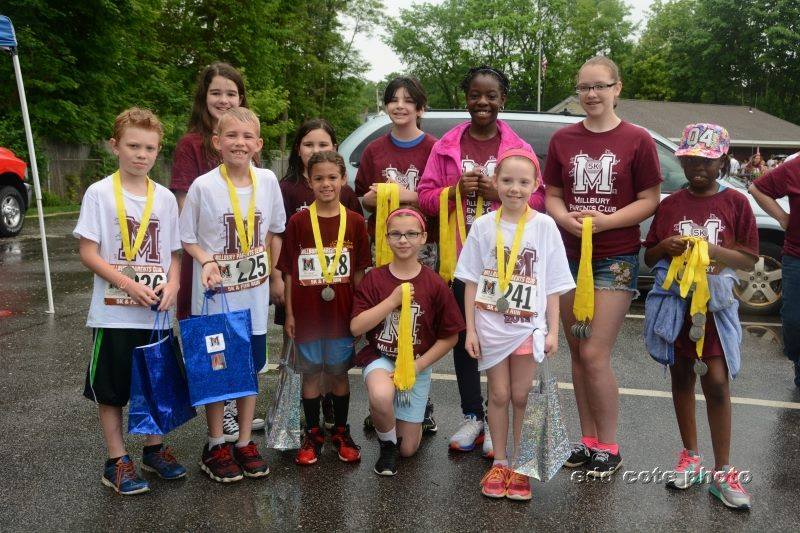 This is our biggest fundraiser of the year to raise money for the Millbury Public Schools to help pay for things that aren’t covered by the school budget including:

It’s a 5K race and a one mile fun run for kids!

This is a great community event! 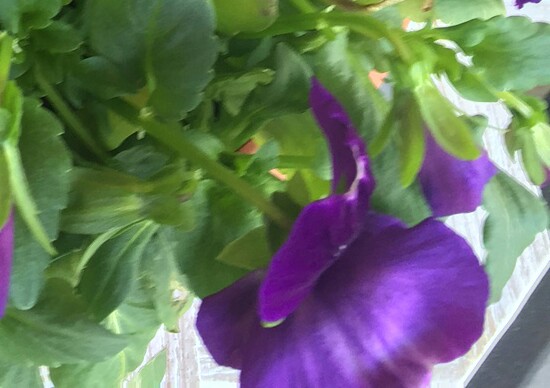 … my beloved neighborhood! My quiet, pretty, old timey Worcester neighborhood, Quinsigamond Village. Cars going to the slots parlor, which Rush Street Gaming is proposing to build next next door to the Blackstone Valley Shoppes on MCCRACKEN Road, are gonna zip by my three decker and the cute little single family homes. Yesterday, I laid out in my big backyard, with trees all around me, Greenwood Park across the street looking lush with its own trees heavy with dark, green leaves. I was reading Hemingway and thought to myself, Wonderful. I found myself lost in the nature Hemingway was describing, while ensconced in my own urban Paradise.

Why bring in noise pollution, traffic, air pollution, the lowest form of gambling to fuck up Hemingway? Why trash up a sweet little hood like my Quinsig Village just because Rush Street gaming wants to degrade our region? Why have them hurt my neighborhood’s mom and pop businesses? Heck, why even damage the businesses at the Blackstone shops? What will happen to the Apple Bees and other fast food type pubs that are part of this open air mall? The slots parlor will offer the same third tier grub. And if local gamblers (slots only pull in folks from the region) spend their money on slots will they have enough expendable income leftover to buy clothes and gadgets at the Blackstone Shoppes?

Shame on Senator Mike Moore for duping good, basic folks in a cute little Central Massachusetts town, Millbury. A town that used to be a mill town but is now attracting young yuppie couples with kids from the Boston area. People who did not move to Central Massachusetts for slots! They are folks who came here for the great homes at a relatively low price tag. They even came for the nature, for our many trees …. They too want to read Hemingway on their lawns in peace.

The traffic ob McCracken Road, already a nightmare when I make my way to the Shoppes, especially during the Christmas shopping season, will be BRUTAL. People will be driving through Quinsig Village, by my three decker in Greenwood Street. The gamblers will then zip through the cute little residential neighborhoods of Millbury.

Can you imagine former Senator Ed Augustus going for this garbage and noise and pollution and traffic , not to mention the gambling addictions that will hurt iindividuals and families. FAMILIES. CHILDREN.

This is all so heartbreaking.

NO SLOTS IN MILLBURY!

Amazing! Rush Gaming regrouped so quickly – to pull this – proposing a slots parlor in Millbury, the town right next door to Worcester! If you don’t think a slots parlor will impact Woo, think again. Several years ago, I had a conversation with the owner of a pub/bar on Millbury Street. It was struggling. I asked why … The person said since the Blackstone Shoppes, with their Apple Bees and other free standing restaurants opened in Millbury, people have been driving by their exit on the highway to get to  the Apple Bees, etc in Millbury. They sorta shared the same types of customers. Apple Bees “ate” into (excuse the bad pun) their customer base.

Example #2 I live in Quinsig Village, home to eateries and other businesses. One biz person recently told me his morning crowd has diminished since the Rt 146 connector was constructed and drivers – his morning crowd – stopped traveling down Greenwood Street like they used to. An entire group of customers – poof! Traveling down a different road.

If slots come to Millbury, these Worcester businesses, many fragile, will take another huge hit of competition. I believe that the damage will go as far as the Canal District.

And the social ills will be with us, too. The same Worcester gamblers will be heading a few miles down the road to Millbury – not the Wyman Gordon site. Big problems for families and individuals – from Woo, Millbury and beyond.

FROM THE NEW YORK TIMES:

Doubling Down on Gambling in Atlantic City 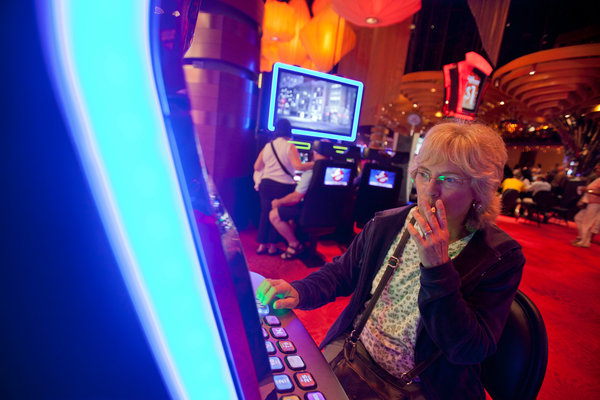 When it was built, Revel emphasized luxury and did not allow smoking. Now it has a large smoking area.
Jessica Kourkounis for The New York Times

ATLANTIC CITY — Known simply as Revel, the newest addition to this gambling city was going to be different.

The emphasis was on luxury, with the Himalayan salt grotto in the spa, the botanic garden winding toward a rooftop pool, the Michelin chefs instead of all-you-can-eat buffets. There was no smoking in its 47 stories, and with floor-to-ceiling windows offering vistas onto the Atlantic Ocean, you could almost forget the seedier streets at its back. There was a casino, but it was self-contained on one floor, as if it were an aside. This was a resort, its promoters said, that happened to have gambling.

Little more than a year after opening, Revel is sorry. Deeply, dearly sorry.

And it is an expensive apology. As it fights its way back from bankruptcy, Revel announced that it would refund all slot losses and match all other casinos’ promotions for the month of July. Revel cost $2.4 billion to open and has spent millions more in recent months to install diner-fare restaurants, more slot machines and air filtration systems — because it now allows smoking, too. Buttons worn by employees and billboards along the Atlantic City Expressway declare its new slogan: “Gamblers Wanted.” And its new official name: Revel Casino Hotel. …

Standing at a staggering height of seven miles, only a few are willing to brave the strenuous climbing conditions and life-threatening climate of Mount Everest. With more than 130 fatalities already, and the rate growing rapidly, the trek to the summit of Mount Everest is known as one of the deadliest in the world. Every year, approximately 150 people attempt to reach the mountain’s summit, with only about 30 percent of those people successfully reaching it. Climbers spend years training for the expedition, most of them saying it’s the toughest thing they’ll ever do. But for Paul Giorgio, it’s just a warm-up.

In 1999, Paul Giorgio of Millbury started on a journey that would last a decade. On a whim, he decided to attempt to climb America’s tallest mountain. Mount McKinley, located in Alaska, is known to be one of the toughest climbs in the world. After successfully completing the climb, Giorgio knew he would not stop there. END_OF_DOCUMENT_TOKEN_TO_BE_REPLACED