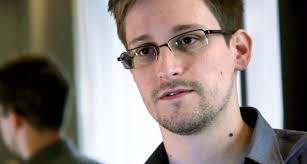 … adjacent to a garbage heap in some developing country. I see his point, but NSA’s surveillance programs have thwarted dozens of terrorist attacks! I, for one, NEVER, EVER want to see another 9/11. I can live with govt access to phone numbers, etc. I don’t give a hoot if the US government can determine what I’m doing on the Internet. No ICT hanky panky going on – unless some one in DC is as big a fan of American rock ‘n’ roll as I am. The American govt has bigger fish to fry than Rose Tirella – and YOU. Now, thanks to Snowden, our allies are pissed and some incredibly top secret American info is in terrorist, Russian and Chinese hands (let’s not be naive).

Thanks, Edward Snowden. You did what you thought was right; now return home to face the music.

From The Guardian. – R. Tirella

According to a statement from WikiLeaks, the US whistleblower Edward Snowden has applied for asylum in a total of 21 countries. Snowden, who has been charged under espionage laws in the US after leaking top-secret documents on US surveillance programmes, has been trapped in Moscow’s Sheremetyevo airport since 23 June after flying in from Hong Kong. He has yet to receive a positive response to his applications for asylum. Some countries have yet to respond but a number have already rejected his request.

No. The interior minister, Johanna Mikl-Leitner, said Snowden would have to submit his request for asylum while on Austrian soil. But she added that he would not be deported if he arrived in Austria because “there is no international arrest warrant”.

No. A foreign ministry spokesman said Brazil would not grant asylum, adding that it would leave the request unanswered.