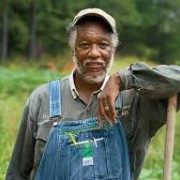 Join us on January 16 for our annual one-day conference, which features 70 workshops and exhibitors; keynote speeches with Ben Burkett, family farmer and member of the Federation of Southern Cooperatives; children’s conference and more.

Ben Burkett is a fourth generation family farmer, who serves as the State Coordinator for the Mississippi Association of Cooperatives.

In 2014 he was awarded a James Beard Leadership Award. His cooperative provides watermelon and other southern grown fruits and vegetables to the communities of Boston. Burkett provides technical expertise to small-scale farmers, farmers with limited resources, and ranchers in rural communities.

He also assists farmers in implementing agricultural marketing/production and coordinates land retention. Burkett serves as the president of the National Family Farm Coalition and numerous boards of directors and has traveled to Senegal, South Africa, Kenya, Nicaragua, Lebanon, and Zimbabwe, exchanging knowledge and information with small-scale farmers.

All workshops are approved for AOLCP accreditation.

The following workshops are approved Continuing Education Units. Each workshop is equal to 1.5 hour credit. To receive credit the Certified Crop Advisor must sign in at workshop:

How to Run Your Own Payroll

Biopesticides: How, When and Why to Use Them 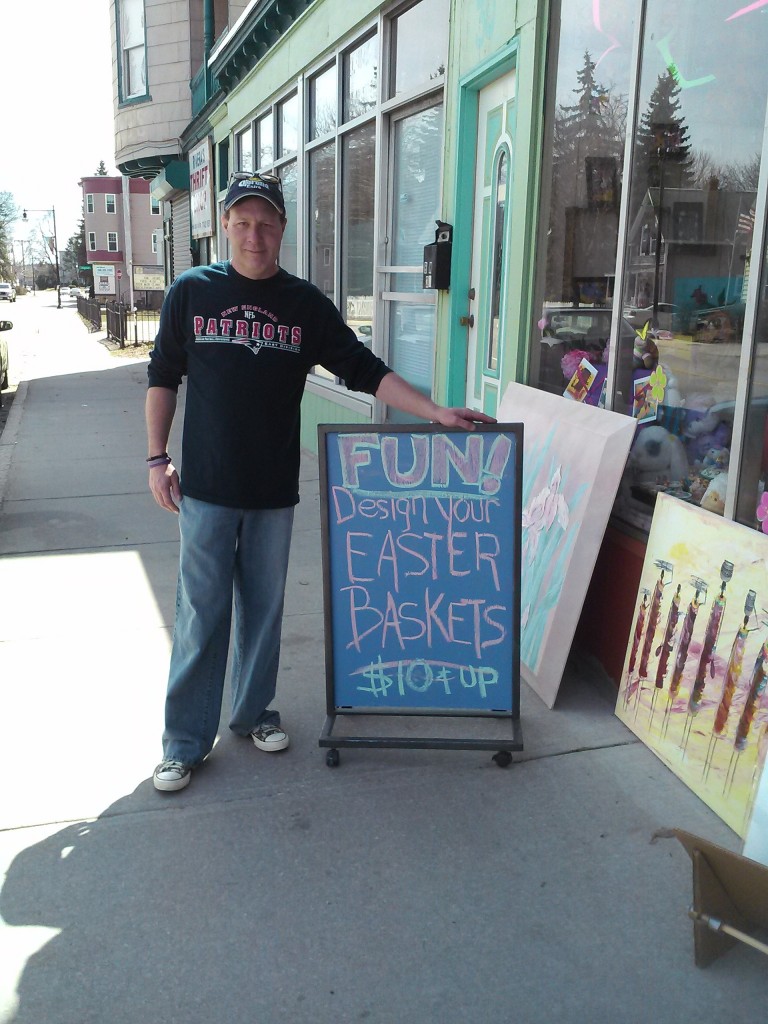 Wanna be kind to critters AND give a loved one a great Easter basket? Order a vegan basket from PETA! A few years ago an ICT reader gave me a vegan chocolate bar! Deelish!! Couldn’t tell there was no milk or other animal products in my candy bar!

When you buy anything from PETA you’re supporting their FANTASTIC efforts to change the world. Save factory farm animals, stop needless animal experimentation, keep wild animals out of travelling shows AND lose weight/get healthy! Support PETA!!!!

What with the state minimum wage going up and their NEW committment to offering organic produce to customers, I may start shopping at Walmart.

Have only shopped there twice, as they are so regressive when it comes to workers’ rights. That may change. Organic prouduce is SO expensive! I, and lots of working class folks, can’t afford it. Now we may be able to eat better foods – for not a whole lot of $!     – R. Tirella

Starting this summer, there will be a lot more organic food on supermarket shelves, and it should cost a lot less. 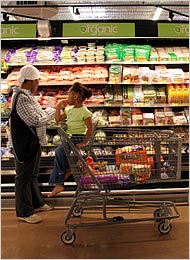 Michelle Philips and her daughter Madison at a Wal-Mart in Plano, Tex. Wal-Mart has decided that organic food will help modernize its image.

Most of the nation’s major food producers are hard at work developing organic versions of their best-selling products, likeKellogg’s Rice Krispies and Kraft’s macaroni and cheese.

Why the sudden activity? In large part because Wal-Martwants to sell more organic food — and because of its size and power, Wal-Mart usually gets what it wants.

As the nation’s largest grocery retailer, Wal-Mart has decided that offering more organic food will help modernize its image and broaden its appeal to urban and other upscale consumers. It has asked its large suppliers to help.

Some organic food advocates applaud the development, saying Wal-Mart’s efforts will help expand the amount of land that is farmed organically and the quantities of organic food available to the public.

But others say the initiative will ultimately hurt organic farmers, will lower standards for the production of organic food and will undercut the environmental benefits of organic farming. And some nutritionists question the health benefits of the new organic products. “It’s better for the planet, but not from a nutritional standpoint,” said Marion Nestle, a professor of nutrition, food studies and public health at New York University. “It’s a ploy to be able to charge more for junk food.”

Shoppers who have been buying organic food in steadily greater quantities consider it healthier and better for the environment. Organic food — whether produce, meat or grain — must be grown without pesticides, chemical fertilizers and antibiotics. Then, before it is sold, the food cannot be treated with artificial preservatives, flavors or colors, among other things. …

This is where we need to be at, as a country, re: the food we eat. From The New York Times. We have made some sentences bold.   – R. T.

WHAT would an ideal food label look like? By “ideal,” I mean from the perspective of consumers, not marketers.

Right now, the labels required on food give us loads of information, much of it useful. What they don’t do is tell us whether something is really beneficial, in every sense of the word. With a different set of criteria and some clear graphics, food packages could tell us much more.

Even the simplest information – a red, yellow or green “traffic light,” for example – would encourage consumers to make healthier choices. That might help counter obesity, a problem all but the most cynical agree is closely related to the consumption of junk food.

Of course, labeling changes like this would bring cries of hysteria from the food producers who argue that all foods are fine, although some should be eaten in moderation. To them, a red traffic-light symbol on chips and soda might as well be a skull and crossbones. But traffic lights could work: indeed, in one study, sales of red-lighted soda fell by 16.5 percent in three months.

A mandate to improve compulsory food labels is unlikely any time soon. Front-of-package labeling is sacred to big food companies, a marketing tool of the highest order, a way to encourage purchasing decisions based not on the truth but on what manufacturers would have consumers believe.the world is moving this way. Traffic-light labeling came close to passing in Britain, and our own Institute of Medicine is proposing something similar.

So think of the creation of a new food label as an exercise. Even if some might call it a fantasy,  The basic question is, how might we augment current food labeling (which, in its arcane detail, serves many uses, including alerting allergic people to every specific ingredient) to best serve not only consumers but all contributors to the food cycle?

As desirable as the traffic light might be, it’s merely a first step toward allowing consumers to make truly enlightened decisions about foods. Choices based on dietary guidelines are all well and good – our health is certainly an important consideration – but they don’t go nearly far enough. We need to consider the well-being of the earth (and all that that means, like climate, and soil, water and air quality), the people who grow and prepare our food, the animals we eat, the overall wholesomeness of the food – what you might call its “foodness” (once the word “natural” might have served, but that’s been completely co-opted), as opposed to its fakeness. (“Foodness” is a tricky, perhaps even silly word, but it expresses what it should. Think about the spectrum from fruit to Froot Loops or from chicken to Chicken McNuggets and you understand it.) These are considerations that even the organic label fails to take into account. …

In the interest of full disclosure, I once raised chickens. In one case it was while living at a farm-school in Pettigrew, Arkansas, and in the other it was while raising my family in the town of Holland, MA. I love chickens. My kids love chickens. And I can’t wait to raise chickens once again.

The idea of making chickens legal in Worcester has been around for a long time. But nobody got serious about it till a couple of years ago. Kristi Chadwick contacted me and asked for me to help get an ordinance effort going. We now call her the Mother Hen. Kristi did mounds of research about other communities’ ordinance successes and failures. She crafted a draft ordinance, and revised it, and revised it, over and over, as we worked to come up with the best chicken ordinance ever. We wanted a Responsible Chicken Ordinance, one that could get enacted and that protected quality of life for chickens and neighbors.

For many of us, this is not about if we get a chicken ordinance, but rather when we get one. This is happening across the country as more citizens want to participate in growing and controlling their own food, increase quality of their food, reduce transportation pollutions, and educate their children about where food comes from. On top of this, many find this kind of grassroots agriculture as fun and healthy.

Along the way, word got out about this effort and others joined in. My Clark intern in 2010, Lilly Denhardt, did some research. Mayor Joe O’Brien joined. Regional Environmental Council (REC) joined. Casey Starr joined. Joe Scully joined. Liz Sheehan Castro joined. Peggy Middaugh joined. By this spring, the effort definitely had momentum and it was time to move it into the Council process.

A group of us met with the Commissioner of Public Health, Dr. Dale Magee, and the Director of Public Health, Derek Brindisi, and went over the proposed ordinance, section by section, and listened to concerns raised. More revisions were made; the text was put in cleaner ordinance format.

Our ordinance allows for up to 5 chicken hens. No roosters, no slaughtering, no selling. Property owner’s permission is required. Backyards only. Annual license. City-approved coop. Outside only. At least twenty feet from neighbor’s house. Fenced enclosure.

Word continued to spread. More people joined in support. On June 14, 2011 Mayor O’Brien and I filed a council order requesting that the City Manager provide council with language similar to our draft ordinance which would allow for the keeping of chicken hens in Worcester. The request was sent to the Council’s Standing Committee of Public Health and Human Services for further discussion and recommendation. Councilor Phil Palmieri chairs this committee; the other two members are Councilor Konnie Lukes and myself.

The process is likely to be as follows: Councilor Palmieri schedules a hearing. Testimony is taken from the public, from city officials from Animal Control, Public Health, Planning Department (land use), and the Law Department. There may be more committee hearings scheduled, depending on the issues raised. At some point the committee will make a recommendation back to the full council: in favor, opposed, or in favor as amended by committee. Then the council will take a vote to support the committee’s recommendations or not. Six votes are needed. Members of the council could raise additional questions, could hold it for a week or forever. If we get the votes we need, the ordinance would be published for additional comments and then the final vote taken.

So, we have a way to go yet. But with strong advocacy and engagement we could have spring chicks 2012. (Rule is: Spring chicks, September eggs.) Hopefully we will soon answer the question “which came first.” For Worcester, many of us want the answer to be “the chicken.”

I believe that we have crafted a responsible and workable ordinance that will make Worcester a better place.