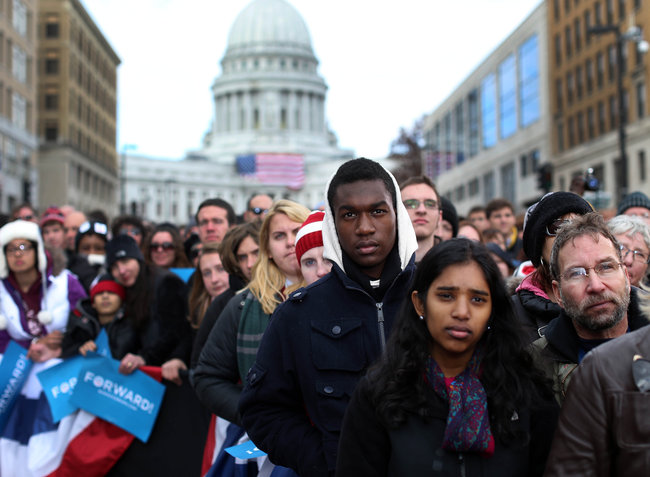 From The New York Times

By JIM RUTENBERG and JEFF ZELENY

The most expensive presidential race in American history now becomes the biggest show on television, a night with enough uncertainty that it could become a telethon lasting well into morning.

For the third time in the last four presidential campaigns, the Democratic and Republican presidential nominees went into Election Day close in the national polls, with not one of the major opinion surveys giving President Obama or Mitt Romney a lead of statistical significance.

But presidential races are decided in the states, and the nation will get an answer to the opposing cases for victory that each candidate has made for so many months. It will finally know, as one of Mr. Obama’s top aides has put it, “which side is bluffing” and whether battleground-state polls, which have given Mr. Obama a slim but consistent edge where it matters most, accurately foretold the outcome. As the night unfolds, clues to the outcome will spill out well before the votes are counted.

If exit polling indicates that Mr. Romney is substantially exceeding the share of the white vote that went to Senator John McCain four years ago, that will be a sign that he is replicating the coalition that gave President George W. Bush a second term. If Mr. Obama can win Virginia, a battleground with an early poll-closing time, Mr. Romney’s options for getting an Electoral College majority will be substantially reduced. And in Ohio, the vote in Hamilton County, which Mr. Obama and Mr. Bush both won, could signal who takes the state. … .