… Aimee and her customers are making such BEAUTIFUL things at CLAYGROUND …Check out Aimee’s paint-your-own pottery store (James St. is off Stafford St.)! She’s an amazing artist! You’ll learn a lot! Her store’s a great way for you, your friends and/or your kids (b-day parties a specialty!) to spend a few fun hours together!

Clayground – where creativity comes to play!!! 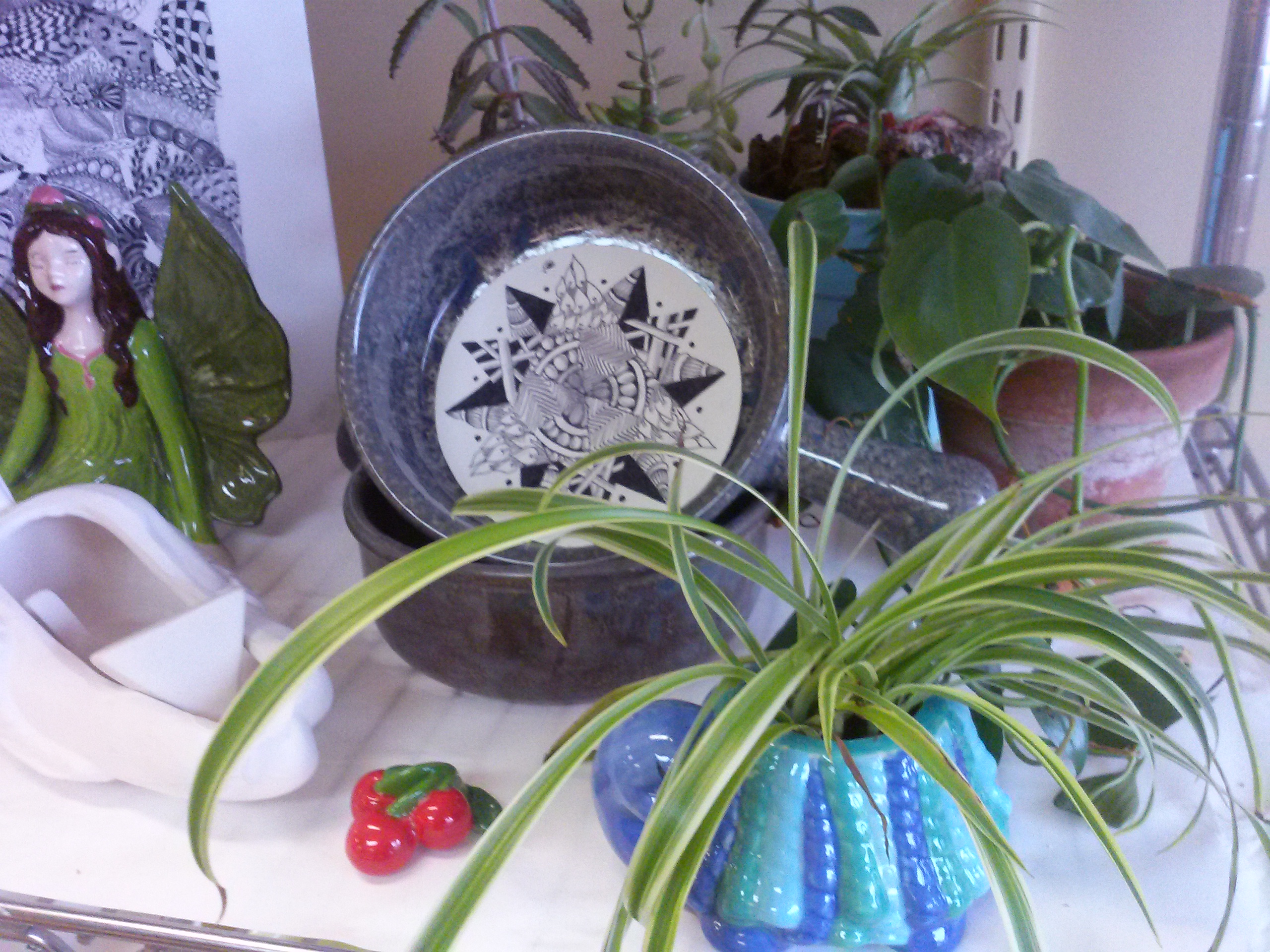 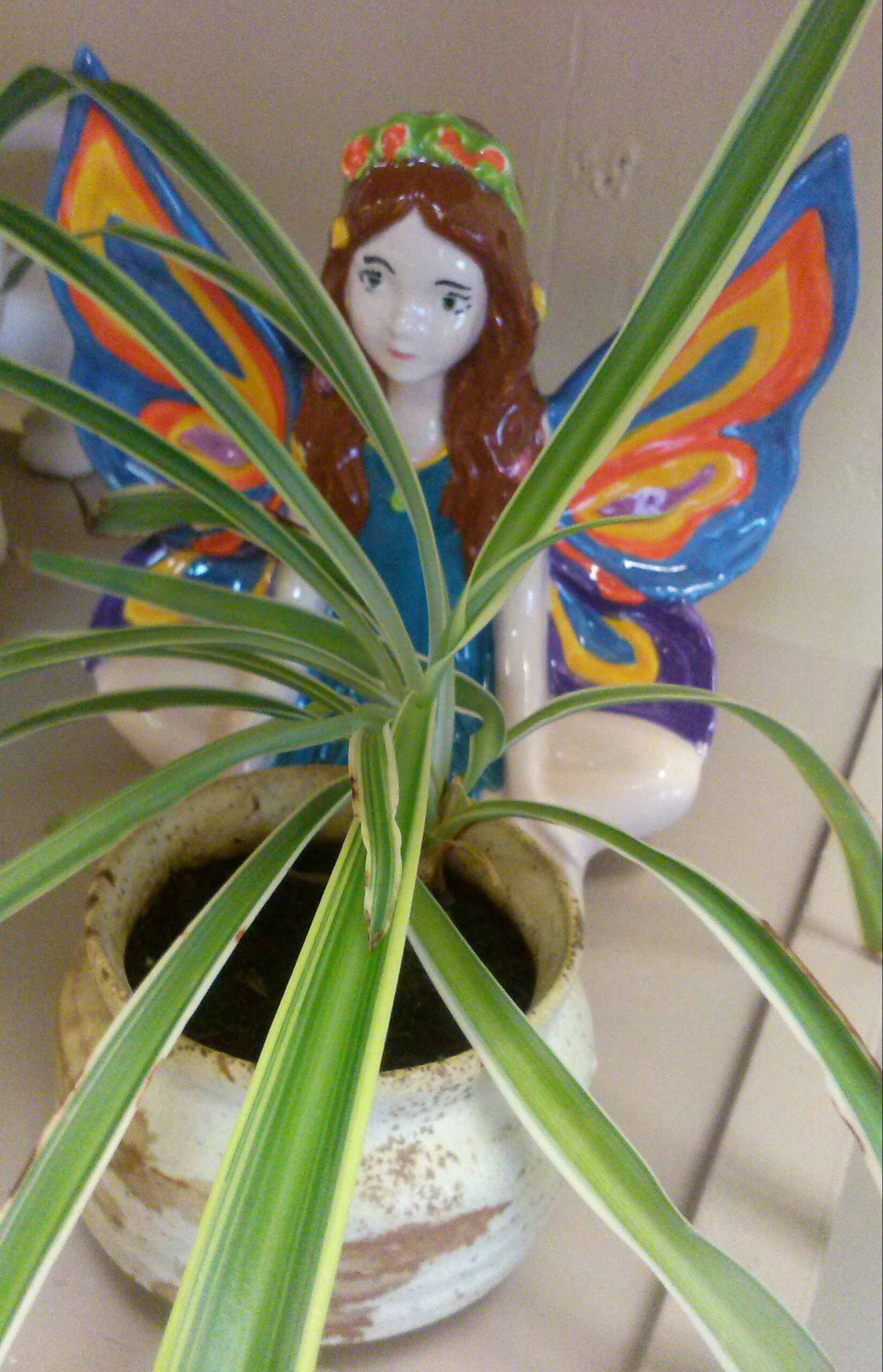 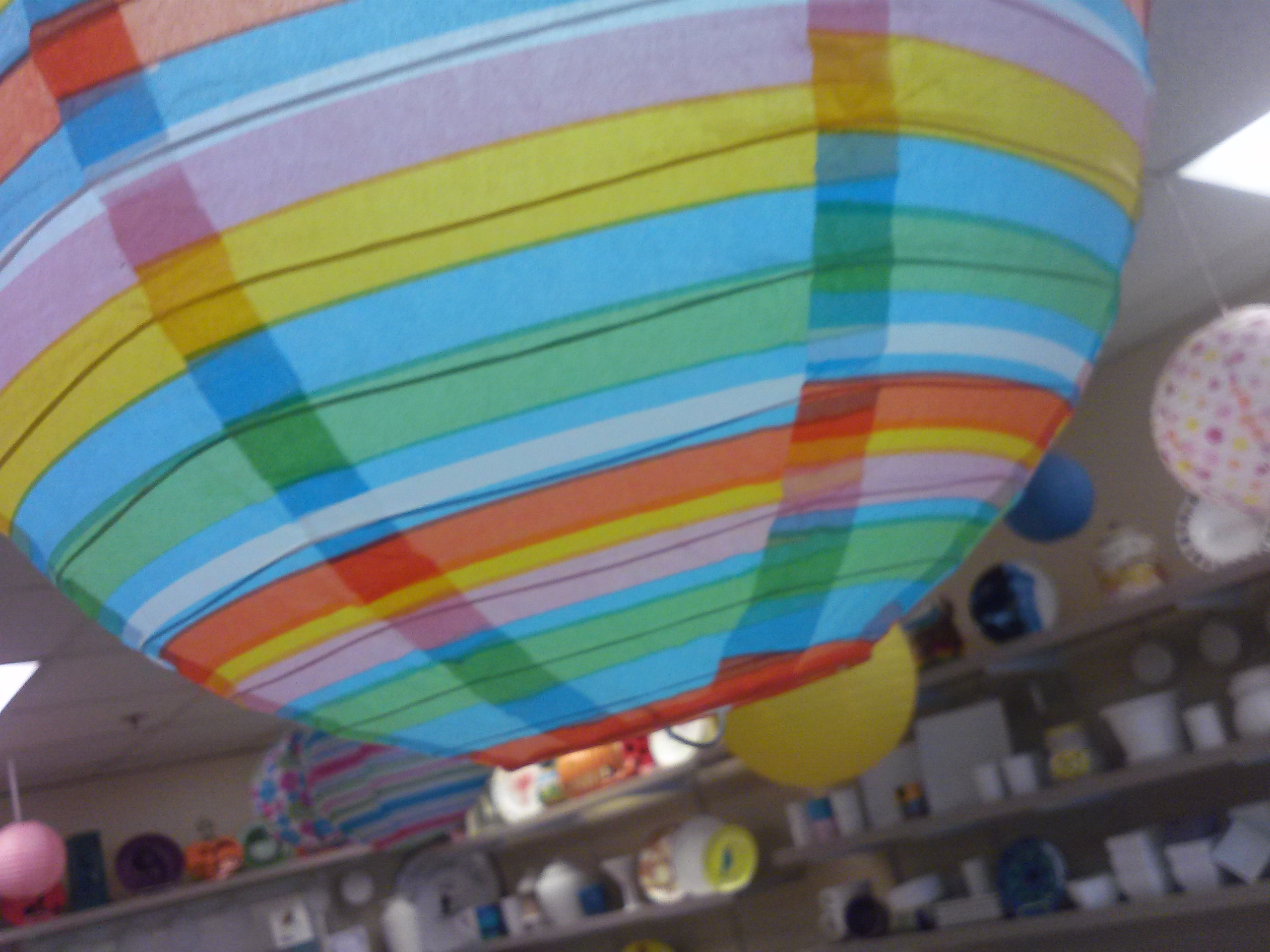 What do blaring techno-pop, psychotropic drugs and zoos have in common? The answer, of course, should be “nothing,” but in an effort to keep revenue flowing in, zoos and aquariums around the world are welcoming events ranging from raves to weddings at their facilities—at a high cost to the resident animals. It’s bad enough that animals are confined to these facilities in the first place. They shouldn’t also be reduced to party props.

Recently released toxicology reports suggest that two dolphins at a Swiss zoo died after ingesting a heroin substitute shortly after a weekend-long rave was held near their tank.

Reports speculate that the drug had been dumped into the tank during the rave “accidentally” or as a practical joke, but Shadow and Chelmers died slowly and in agony. Chelmers’ keeper described his last hour: “He was shaking all over and was foaming at the mouth. Eventually we got him out of the water. His tongue was hanging out. He could hardly breathe.”

Zoos are marketing their facilities for birthday parties, corporate receptions and nighttime “safaris,” even though the commotion and noise can leave animals anxious and unsettled. Three guides at a rave at the Georgia Aquarium admitted that music at such parties upsets the animals and causes them to fight. The U.S. Department of Agriculture, the agency that inspects zoos, has acknowledged that allowing nighttime visitors can agitate primates. At the San Diego Zoo, an inspector asked zoo officials to reevaluate nighttime display of the gelada baboons, as they appeared to be stressed out.

Aren’t zoos and aquariums supposed to be focusing on the comfort and well-being of the animals? It seems we haven’t progressed much in the years since a former zoo director admitted, in a 1984 article, that the animals are “the last thing I worry about with all the other problems.”

By their very nature, zoos leave animals vulnerable to the whims and wishes of zookeepers and visitors. Animals in zoos have been poisoned, left to starve, deprived of veterinary care and burned alive in fires. They’ve been beaten, shot, pelted with rocks and stolen by people who were able to gain access to the cages. Many have died after eating coins and trash tossed into their cages. A giraffe who recently died in an Indonesian zoo was found to have a wad of 44 pounds of plastic in his stomach made up of food wrappers thrown into his cage by visitors.

It’s no wonder that zoos are increasingly desperate to attract visitors: Parents who still take their children to the zoo are becoming as rare as the dodo bird. Most people are starting to agree that sentencing animals to life behind bars is ethically indefensible, and in response many zoos are adding trains, sky rides, carousels and water attractions to entice visitors to come through the gates.

Visitors to Disney’s Animal Kingdom are “educated” about threatened wildlife on a thrill ride once called “Countdown to Extinction.” And let’s not forget coyly named fundraisers such as “Woo at the Zoo” and “Jungle Love,” at which visitors pay to watch animals have sex. Accompanied by candles and Barry White tunes, tourists sip and sup while awaiting “action.” How does this foster even a scintilla of respect for animals?

Zoo events may be a novelty for visitors, but for the imprisoned animals, it means that their already-limited period of peace and quiet has been stolen from them. Parties and picnics belong in the park or in backyards, not outside the bars of a caged animal who can’t decline to attend.

editor’s note: This letter (below), signed by the Worcester City Council, will most likely be discussed tonight at Worcester’s City Council meeting (7 p.m., Channel 12 on your TV, if you don’t want to make the trek to City Hall). It was mailed to Father McFarland, president of Holy Cross college, November 15, 2010.

We, the members of the Worcester City Council, are frustrated and disappointed by the repeated examples of poor behavior by some students who attend the College of the Holy Cross. We write this letter to you to reinforce our support for City Manager O’Brien’s efforts to engage you personally and ask for your leadership to change the long-standing culture of disrespecting the neighborhoods of Mount Saint James. END_OF_DOCUMENT_TOKEN_TO_BE_REPLACED

This is why the College of the Holy Cross has so many problems with underage drinking/partying: Father McFarland, president of Holy Cross, is an enabler extraordinaire. When it comes to his young charges on College Hill, there is no limit to the bull he will throw at HC critics, no end to the denial of a reality that Worcesterites and even most Holy Cross students have acknowledged for years: HOLY CROSS COLLEGE IS A PARTY SCHOOL.

During a TV newscast last night, which pretty much recapped the point we made about the rowdy/booze-fueled parties HC students hold on Caro Street, the TV reporter tried to get a quote from a Holy Cross official – most likely the school’s president, Father McFarland. On our tv screens we saw pictures of trash on Caro Street, a huge banner hanging from a three decker front porch on Caro Street advertising a party. You would think the school president would do the mature thing … .

But how did Father McFarland react to these TV shots – Worcesterites’ reality?

Neither McFarland nor any HC p.r. flak, for that matter, would show his/her face on TV. How sad when you compared McFarland’s silence and the TV shots featuring Worcester City Manager Mike O’Brien looking exasperated and telling the camera that for the past three weeks Holy Crss students have been out of control on Caro Street – doing things like “urinating in bushes.”

Holy Cross release a “statement,” a blurb thrown up on the TV screen with no name attached. The statement pretty much sounded like a spoiled kid. It said Holy Cross college was pissed that City (Worcester) officials would talk so critically of their students! And if they continued to do so, HC’s and Worceter’s relationship would not move “forward.” Meaning they would pull the plug on whatever good they are doing in town.

No apologies. No, reaching out to the community. No promise of educating HC students. Nothing. Just blasting the city – and then threatening the city.

Jesus would be ashamed of these Jesuits.

Holy Cross has the largest endowment of any Worcester College – millions, upon millions, upon millions of dollars! Yet Holy Cross does not offer full scholarships to poor South Worcester kids who ace their reportcards and are good enough (all A’s) to attend Holy Cross but cannot afford to pay the steep tuition. Clark University has a great program that does just this – gives full scholarships to high achieving Main South kids – ultimately lifting poor Main South families out of poverty and creating a lot of good will in the ‘hood (and city). Truth be told, Holy Cross is the biggest cheap skate college in town! HC has even closed all worker holiday parties (like cafeteria workers) to Worcester kids. They used to invite our inner-city young ones!

Who does Father McFarland think he is? When his puss is plastered on the cover of the Telegram and Gazette and the paper’s website, when his school is featured on the TV news and other websites (like ours) and more – with EVERYONE TELLING HIM TO GET HIS STUDENTS UNDER CONTROL AND STOP THEIR PUKING, PISSING AND PRANKS – he shuts down. Just like the wizzened, dried up, loveless, arrogant man he is. What was the name of the priest in The Scarlet Letter?

Father McFarland needs to listen to the community and react appropriately.

Promises!!? – [Worcester] Housing Court: orders landlords to reduce numbers in apartments out of code. 10 Boyden by Dec. 31st – students still there. 125 College St. – since 2000 has been breaking the law- no permits to add attic apt. – ordered to reduce numbers – extra students still there. The same at 21, 23, 26 Caro St.- 11 and 13 Boyden. We know this will not stop the unruly parties in apartments and in the streets.

—–Worcester Police – keep their promises – will not arrest students. The poor kids (they are running the show). Keep the same non-working policy of the Holy Cross detail “patrolling” the Hill. BUT, they don’t seem to be working with the Holy Cross campus police, off-campus or responding to the neighborhood’s cry for help. They say students are not breaking the law in the streets, so they can’t arrest them. Can you believe it?

—–Holy Cross – no control of off-campus students – giving the college a very bad rep.
Supposed to enforce on-campus code of conduct, off-campus, (WE were encouraged) HOW? Holy Cross said the Campus police!

Beautify the neighborhood by tearing down houses that have been unoccupied for 10 years, then letting students park cars on that land. What gives? We realize landscaping won’t come till spring. But allowing more party parking!?

January 18, 2010 – Holy Cross students start returning to school for Spring semester. Four Holy Cross owned houses have been torn down over the Christmas break to help “beautify” the street. Students begin using the land to park their cars.

January 22, 2010 – Party weekend on Caro St. – as usual. Worcester Police Department and Holy Cross campus police were to work together. No way. WPD seen in cruiser, 20 feet away from unruly students who were shouting, drinking outside in freezing temps after midnight. No action taken. NO campus police seen anywhere off-campus.

January 29, 2010 – “Things” get worse. Reported – party at 3 City View St. – Holy Cross-owned. Saturday into Sunday morn. Noise heard at Kendig and Davenport streets. Also, partying in the street between 125 and 138 College St . Neighbor reports staggering drunks, shouting-swearing by dozens of students going between houses. Sound familiar? WPD seen going by the students two times and they did nothing. This was after midnight in freezing temperatures. No campus police seen anywhere off campus.

WHEN WILL IT END? WE NEED HELP! WHO IS RUNNING THE SHOW?!

More rattling/interesting stuff re: the City of Worcester-Holy Cross slug-fest (better than a T-Day football game!):

1. Telegram and Gazette reporter Bronislaus Kush covers religion for the Telegram & Gazette and anything Holy Cross. Kush, a good ol’Vernon Hill boy, attended St. Mary’s (very Catholic/Polish) elementary and junior – senior high schools on Richland Street, in Worcester. That’s 12 years of Catholic school! I oughta know – I was sorta there with him – I attended catechism class at St. M’s every Monday night, after attending Worcester’s illustrious public schools! (I was at St. M’s from grade 1 all the way through Confirmation.)

The St. Mary’s experience has no doubt made Kush a softie when it comes to reporting the dirty deeds done by Holy Cross students and stafffers. After graudating from St. Mary’s High School, “Bronny” Kush went onto Boston University, but I’m guessing even the super secular BU couldn’t undo the damage done by St. M’s (did I mention the nuns were scary?).

2. Kush is married to Kathy Robertson, a spokesperson/big wig at Holy Cross college (she’s assistant to the president – Rev. McFarland). Why would Kush make his wife’s school look bad? Why would he jeopardize her job at Holy Cross? Simply put, he wouldn’t. END_OF_DOCUMENT_TOKEN_TO_BE_REPLACED