Case in point: Within the last half year I’ve received two middle-of-the-night phone calls from ICT readers who called me to bitch about state representative Mary Keefe. Express their ire, disgust, disappointment … to fume. They told me how Keefe was Missing In Action (or should I write “Inaction”?!) at the Pleasant Street Neighborhood Network Center, when she was executive director there. How she made nothing, positively ZIPPO, happen down there. One caller, I am not 100% sure because it was 12:30 at night when he rang me up, also had issues with Keefe’s knitting habits. Weird, but hey, it was ’round midnight.

Donna D., the NUN who runs the Mustard Seed Soup Kitchen on Piedmont Street, and has been a Piedmont icon for almost 30 years because she has dedicated her life to helping Piedmont’s downtrodden, also hates Keefe’s guts. Several years ago, when talking with me, Donna had nothing but disappointing things to say about Keefe. How, for instance, during Thanksgiving Keefe got very choosy about the poor people she was gonna give free turkeys to as head of the Pleasant Street neighborhood network center. Seemed, according to Donna, you had to be part of Keefe’s Network Center in-crowd clique to eat a meal on that holiday. Donna believed: JUST GIVE THE POOR A FREAKING TURKEY! Keefe got passive aggressive over … gobblers.

As the editor of ICT I’m always out and about in the Piedmont hood. For years whenever I went into her neighborhood center, looking to talk with Mary Keefe, she was never there, a sad fact of Piedmont life which became fodder for one of my columns: WHERE THE FUCK IS MARY?!

I got congratulatory phone calls for that one!

We’ve been told by several savvy inner-city voters that they are behind Keefe challenger and Worcester City Councilor Phil Palmieri BECAUSE THEY CAN’T STAND Mary Keefe. They will vote for Phil out of pure bile for Mary!

Seems like half the voters in her district can’t stomach Keefe and at this point would throw their support behind a sprig of parsley, if it decided to print some push cards and run against her!

She is right on the issues but so is Phil Palmieri. Plus, Phil works so much harder, is an absolute pit bull when it comes to advocating for his district and is truly open to small biz folks and truly wants to AND WILL work with everybody.

Best of all: HE’S NOT MARY KEEFE! 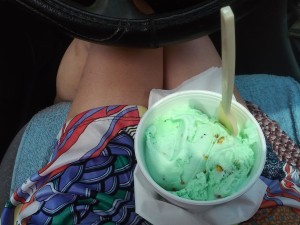 Get the good stuff on Water Street! 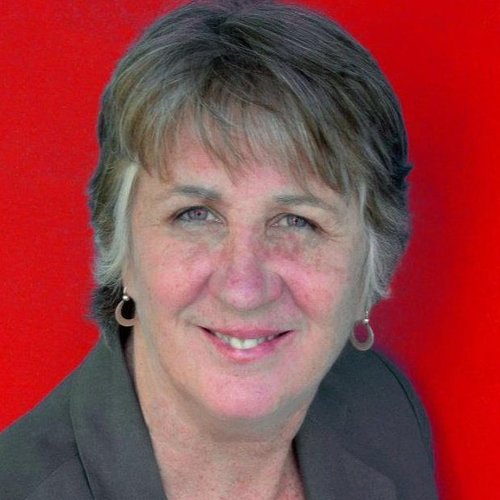 When she was director of the Pleasant Street Neighborhood Network Center, state rep Mary Keefe ran her own personal, petty little clique out of what should have been a vibrant, open, HELPFUL, busy inner-city neighborhood RESOURCE. A TRUE NEIGHBORHOOD CENTER.

Instead, Keefe’s network center, located on Pleasant Street, in the heart of Piedmont, was closed off, not open to different voices, dismissive, plain ol’ snooty. Just the way executive director Keefe could be, if she didn’t like you. (We still think her pal Kevin Ksen ran her state rep campaign out of the network center – totally illegal …). We hate to quote the Piedmont blob, but Paul Collyer was SPOT ON when he said: “Mary won [the state rep seat] because the chubby ladies [Kate Toomey and Dianna Biancheria] split the vote.”

Well, this fall there will be no chubby ladies to split the vote.

Just challenger – and experienced, hands-on, hard-working city councilor – Phil Palmieri. This election cycle Phil has a very good chance to send Mary Keefe back to Crown Hill, where we hope she will stay – in her home, knitting …

… she shouldn’t run for governor of Massachusetts.

I have known and worked with Grace Ross for a while now. InCity Times endorsed her for governor last time around (I put her on our cover and ran a huge story, too!). I also endorsed her for Worcester City Council three years ago, when she ran for an at-large seat. She would have made a great at large city councilor. I mean, look who we ended up with instead: a totally incompetent nabob – Mike Germain.

I remember going to her “support Grace meetings” when she ran for that at large seat council seat – when she really had a chance of winning (until Mayor Joe O’Brien’s wife, Lisa Weinberg, began her smear campaign against Grace, calling her anti-semetic – the last thing Grace would ever be). Grace had so many great folks backing her then – all the city’s neighborhood activists, it seemed! She was so inspirational when she spoke! You just wanted to get up and clap after one of Grace’s beautifully worded speeches. END_OF_DOCUMENT_TOKEN_TO_BE_REPLACED

God, it will be tragic if retired Worcester firefighter Frank Raffa becomes Worcester’s new District 2 city councilor simply because he was savvy/sneaky enough to “work” the city’s charter. Our charter (a bedeviling document at times) creates a kind of elected official loophole: it states that if a Worcester city counilor/pol leaves office prematurely, the next highest vote getter gets to finish  his/her term – even if that person is a last-second write-in candidate.

A write-in candidate who did no campaigning, has no position papers, spent no money for signs, mailings, etc, did zero standouts – but, you know, had a handful of pals write his/her name on the ballot.

Like Frank Raffa, who garnered fewer than 200 votes this past election, just did. That’s because Raffa heard that incumbent District 2 City Councilor Phil Palmieri may not finish out his term. According to Worcester’s charter, if Phil leaves, well then Frank Raffa – the next highest vote getter (ha ha) – gets to take Phil’s place.

Raffa saw that no one was running againt Palmieri, and he knew that Palmieri would run for Sate Rep. Vinny Pedone’s seat, if Pedone ran for Guy Glodis’ sheriff slot, if Glodis went for State Auditor Joseph DeNucci’s job … if DeNucci, didn’t seek reelection.

DeNucci announced this week he will NOT run for State Auditor next election cycle. END_OF_DOCUMENT_TOKEN_TO_BE_REPLACED

Why would District 2 City Councilor Phil Palmieri, at 65, believe that he can he run for higher office, when he can’t even contribute anything of significance to the City of Worcester as a Worcester city councilor?

Phil is pointless. But he is too arrogant and stupid to know he is pointless. He runs for his District 2 seat unopposed – and a ton of folks in his district vote for: NOBODY! That is, voters in his district choose NOT TO VOTE for Phil Palmieri when they are casting their ballots at election time. They vote for mayor, they vote for at large councilors, but they don’t – won’t! – vote for Phil! END_OF_DOCUMENT_TOKEN_TO_BE_REPLACED

What a surprise! WPI, following the lead of the great Charles Monahan and his downtown college, has volunteered to make PILOT payments to the City of Worcester. $9.1 million! The money will be used to (re)open our flagship library on Salem Square. So now kids can go to their libray on Sundays or Mondays or Wednesday mornings (the times the library is now closed). InCity Times has been asking for this kind of commitment from Worcester’s private colleges for YEARS! And now, deep in the midst of a national, state and city financial meltdown, WPI has decided to do the right thing!

Thank you, WPI! Thank you, City Manager Mike O’Brien for brokering this ground breaking agreement! Thank you (and we never thought we’d be writing this) District City Councilor Phil Palmieri for hammering away at the colleges/nonprofits council meeting after council meeting. City Councilor at Large Gary Rosen has also been wonderful, even suggesting that the colleges support our library system. And also thanks to District Four City Councilor Barbara Haller who was pro-PILOT (Payment in Lieu for Taxes) from the get-go, years back.

But I also want to take time out to give special thanks to two people who pretty much got passed over last night when the Worcester City Council gave itself MOST of the credit. Special thanks to InCity Times supporter and hero Anthony Hmura of Leader Signs on Canterbury Street. I remember when I started my newspaper almost 8 years ago – and got a call from a ballsy ol’ man named Tony, who saw the first copy of ICT and wanted to be part of the mayhem!

“Let’s get the college’s to pay us money – the leeches!” he screamed. It was a bit over the top, but after listening to Tony, I was on his side. The private colleges in Worcester are truly multi-million dollar corporations and it was wrong for them not to pay the City of Worcester any taxes. Yes, they were tax exempt because they expanded people’s minds, trained them for careers and all that good stuff … but really! Pay something for all the city services you use: fire trucks, police, clean water, snow plowing, street cleaning/sweeping, etc.  What’s more Tony, a sign maker for more than 50 years, brought a class-consciousness to  the table; the college kids came to Worcester from places like suburban New Jersey and Connecticut and took one look at Worcester and decided to make her their personal garbage can/urinal!

So the anti-college/pro-PILOT Tony Hmura ads ran in InCity Times – many of them a tad … primative. Like the time we got a clip art photo of a fat cat smoking a cigar and wrote HOLY CROSS COLLEGE over it. Or the time we told Father McFarland, president of Holy Cross, to put up or shut the hell up! We told him to do the Christian thing and help the poor people in the South Worcester neighborhood that Holy Cross was nestled in. We ran photos of crushed beer cans, stories of South Worcester folks who shared apartment buildings with Holy Cross students who fornicated in the hall ways! And we got a reaction from folks! Thay were pissed off too!

Then the other papers followed Tony Hmura’s lead with shall we say more measured pieces. And so the rumblings for PILOT grew and grew and grew. Soon East Side activist Gary Vecchio jumped into the fray and demanded the colleges pay PILOT. Gary was relentless! He was all over the airwaves, TV, newspapers!

And finally, after all the work and fulminating …. WPI gives us $9.1 million! Hurrah!