Great piece from The Guardian. – R.T.

By Ha-Joon Chang, The Guardian

The ‘American’ global economy punishes the poor while giving handouts to failing banks. It’s time for some balance … 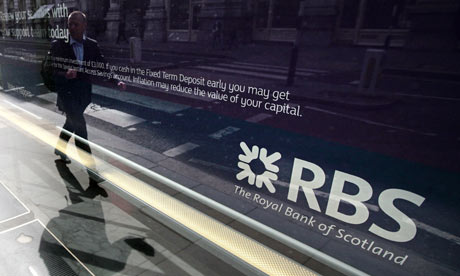 “Gore Vidal, the recently demised American writer, once famously quipped that the US economic system is “free enterprise for the poor and socialism for the rich”.

“Since the outbreak of the global financial crisis in 2008, not only has the US lived up to Vidal’s caricature but the whole of the rich capitalist world has become more “American”. The poor are increasingly exposed to market forces, with tougher conditions on the diminishing state protection they get, while the rich have unprecedented levels of protection from the state, with virtually no strings attached.

“The poor are told that their states are bankrupt because their previous governments splashed out on welfare payments for them.

They – especially if they happen to be from the “lazy” eurozone periphery countries – are lectured that they have to pay for the “good times” they had with “other people’s money” by working harder at lower wages and by accepting lower levels of welfare provision, with more stringent conditions.

Of course, this narrative is completely misleading. The current budget deficits are mainly the outcomes of the fall in tax revenues caused by the financial crisis, rather than excessive social spending … ”

To read the entire article, click on the link below: