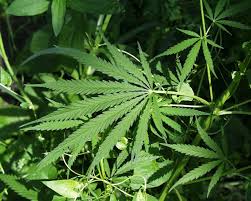 One of our favorite metaphors seems to be WAR: we are always in some war or other, be it against terrorism, drugs, some illness, or some hapless nation whose government disagrees with us or our needs.

But our most debilitating war at present, which thankfully shows signs of winding down, is the war on drugs. It has been a massive waste of money and human potential, militarizing pursuit of millions of civilians, filling our prisons, and unfairly targeting some chemicals while pushing the use of others.

I was raised to treat my body as a marvelous entity, the temple in which my mind and spirit reside, to be treated with care and respect. Therefore, I was always very particular as to what I put into it: too many people today treat themselves as trash receptacles, heedlessly pouring all sorts of junk into their system and expecting it to continue to function well. But we are truly what we eat and drink.

So I applaud the recent moves to begin to decriminalize marijuana, and to pardon the many prisoners who are wasting their lives ( at our expense, at $40,000 a year!) imprisoned. It has been obvious to me for decades that almost NO drug is in and of itself habit-forming for most people, and that there are people who are simply more easily susceptible to getting “hooked”. One of my favorite pastimes is to go around asking friends, acquaintances, and others, how much heroin, marijuana, oxycontin, or any of the other drugs, they would buy if they became available for a nickel a bag. Invariably, everyone who is not an additive personality, says they would not buy any of it, no matter how low the price.

When I was in my teens in the Midwest, marijuana was a roadside weed, and none of us paid any attention to it. There are so many substances in our world on which we can get “high” all around us, that if we are really determined to blot out our brains, it is not hard to do so.

So, instead of doing our usual thing and killing fleas with an elephant gun, how about zeroing in on those who are at risk, and giving them the tools, the strength, and the support to avoid becoming addicts – to whatever substance crosses their path? I taught primary grades for many years, and it was not so very difficult to see which pupils were “habit-formers”, and I believe that teaching teachers to become aware of those traits would enable them to help those pupils to resist temptation in later life. Since the most dangerous and most often misused drug is alcohol, we could start with that one: just preaching to the whole class has not proved very effective, as the rates of addiction have not been materially affected.

I firmly believe that the problem lies in the individual, not the drug of choice.

We should be studying the techniques used by those children who demonstrate resilience in the face of often truly horrendous odds, and who make it, as many do. We can learn so much more from success than from failure.

I come before you this evening to speak on the problem of public consumption of marijuana. It’s been two years now since marijuana became decriminalized in Massachusetts, and one thing remains clear: people still are not really sure what the law means. On November 4th, 2008 voters passed ballot question 2.

Question 2 amends Chapter 94C of the General Laws by adding three new sections, 32L through 32N and amending language of section 34 of chapter 94C to conform to the new law. The new Section 32L changes the possession of an ounce or less of marijuana or THC from a criminal offense to a civil offense, making it punishable by civil penalties and forfeiture of the contraband. For an adult the offense is punishable by a $100 civil penalty and forfeiture of the contraband. An offender under the age of 18 is subject to the $100 civil penalty and END_OF_DOCUMENT_TOKEN_TO_BE_REPLACED

I attended the “Prostitution” meeting held at the board room of the Community Development Corporation Headquarters located at 875 Main Street, which was quite well attended by community activists like me, and just plain old ordinary citizens who are fed up with the everyday bullshit that comes along with the associated crimes that prostitution helps support.

Since that time, returning to what I refer to as: “ground zero”, the property that I manage located right next door to the venerable P.I.P. Shelter, and armed with a new resolve not to let the insanity continue unabated, I had the good fortune to be renovating a vacancy that sits smack dab on top of the action outside the window, and due to my penchant to work unorthodox hours continuing throughout the night, I was able to see and hear what my tenants have to endure every single night without fail.

The tenant that we finally got shed of was involved in lots of the goings on outside the windows, and sad to say had contributed to my building being perceived as a place to go to use and abuse drugs. Even though I have a “No visitor policy” in effect to prevent just such a thing. I found several cut baggie corners and a whole lot of cut knots, that indicate that lots of crack cocaine was smoked in that room. The tenant always professed to be in recovery, and not doing that anymore, but the evidence tells the tale better than anything else. Not to mention the two used glass crack pipes that I found while cleaning out the room END_OF_DOCUMENT_TOKEN_TO_BE_REPLACED