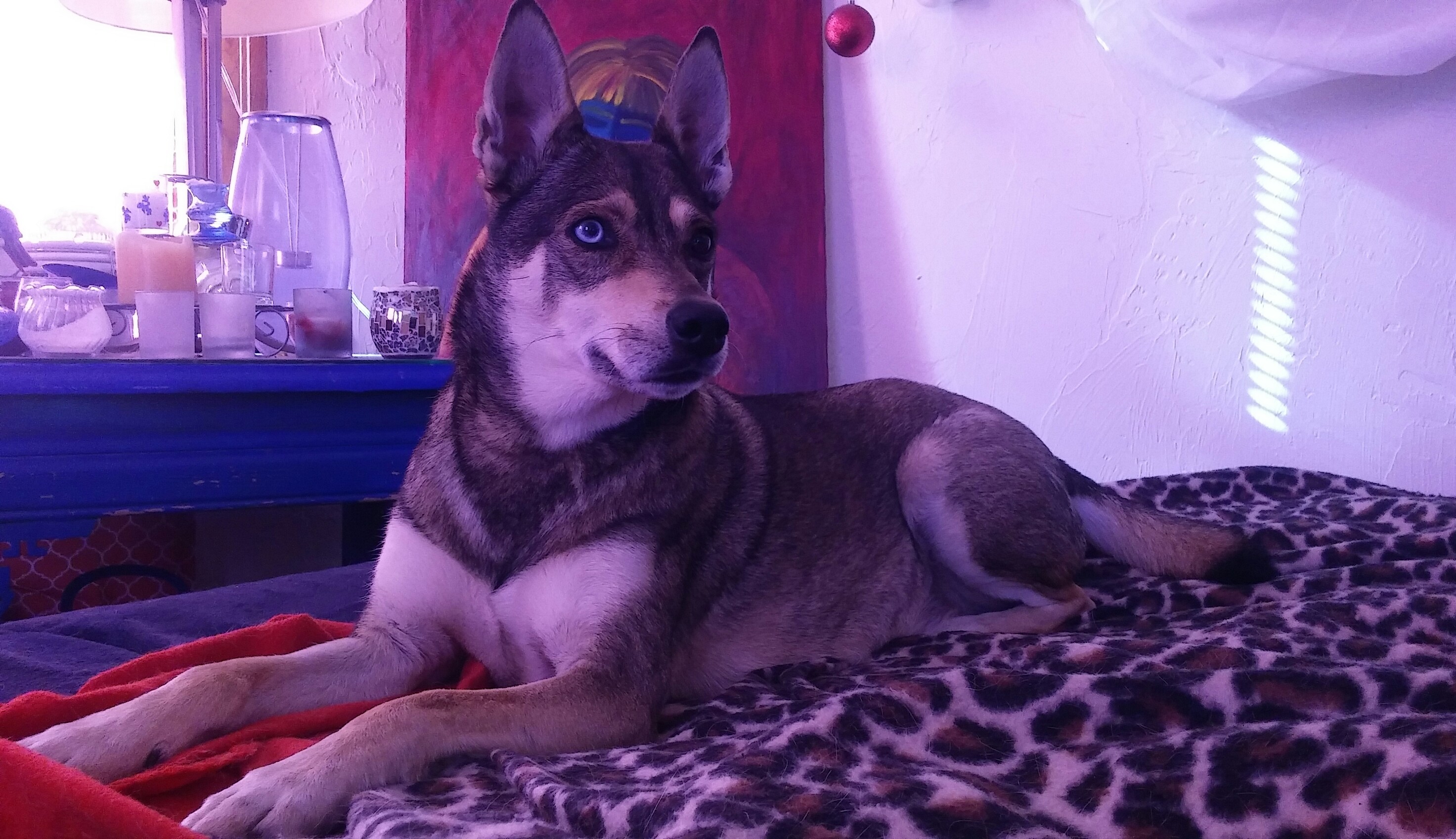 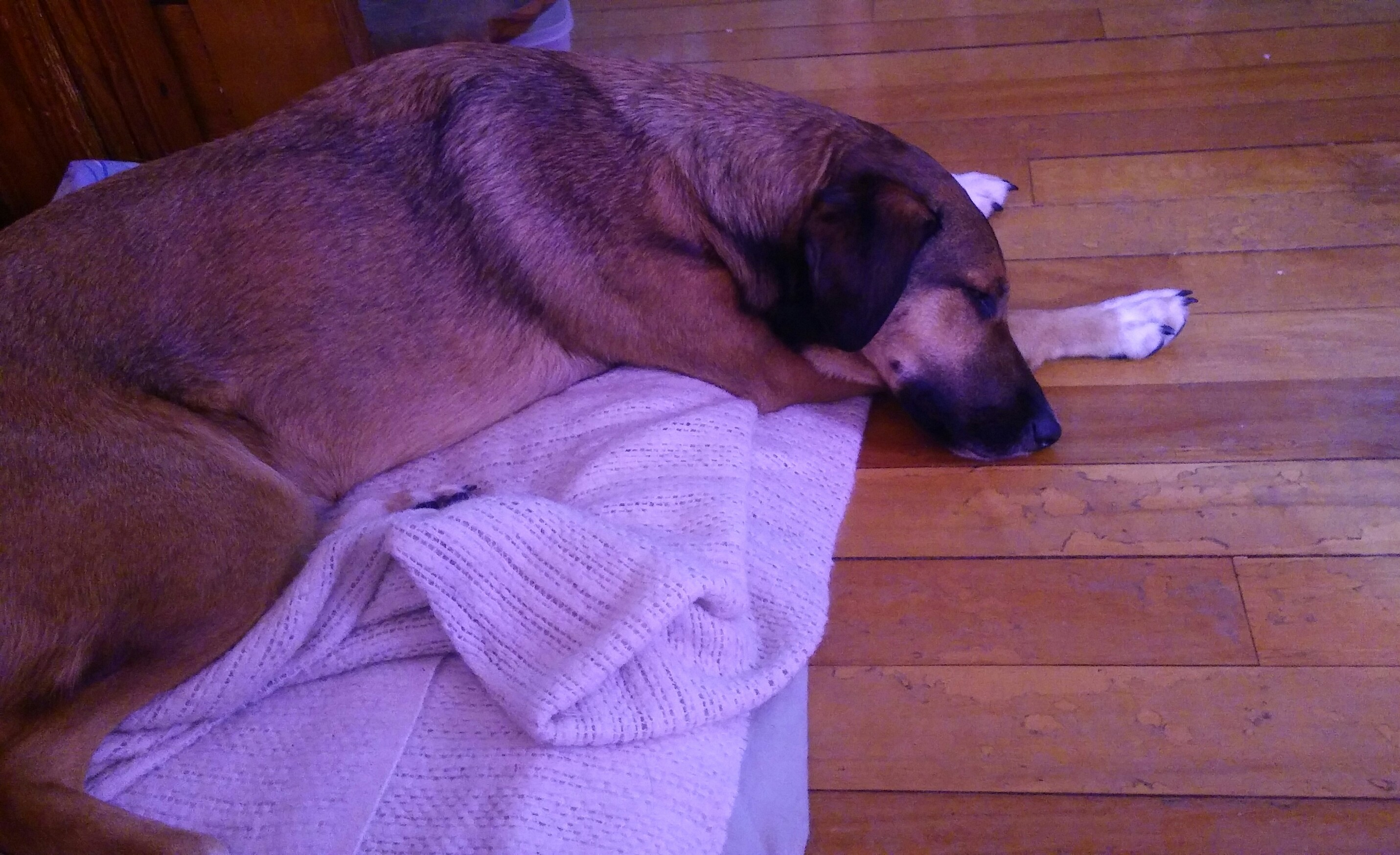 Lilac so lacks the work ethic …

$25 Million in Funding Supports Service Dogs for Veterans with Disabilities

The bill, H.R. 2625, would create a competitive grant program for nonprofits that train service dogs for use by veterans.

It defines the term “assistance dog” to mean a dog specifically trained to perform physical tasks to mitigate the effects of a disability.

This bill authorizes $25 million over the space of five years.

“With so many veterans returning from war bearing both physical and emotional scars, we must do all we can to provide treatment that works,” Congressman McGovern said. “I have been honored to work with NEADS and so many other partners to support the extraordinary work they and others are doing to help veterans in need. It is my sincere hope that through this program, we can better connect our veterans with service dogs in an effort to ease their transition into civilian life.”

In recent years, Congressman McGovern has made several visits to the nonprofit National Education for Assistance Dog Services (NEADS) campus in Princeton.

On these visits, Congressman McGovern has learned about how service dogs are helping to treat veterans with physical disabilities as well as individuals who suffer from post-traumatic stress.

Trained dogs also offer many therapeutic benefits to soldiers and veterans with post-traumatic stress disorders (PTSD) by elevating their moods, building confidence, and reducing stress, all of which ease the transition back into civilian life.

Through the Appropriations process, this program has already received $11 million over the past three years. With this money, nonprofit groups like NEADS have trained over 200 service dogs and paired them with veterans in need.

If passed into law, the Wounded Warrior Service Dog Act would fund this program for the next five years.

The Director of Development at NEADS, Cathy Zemaitis, commented, “The Wounded Warriors Service Dog legislation will enable legitimate Service Dog providers the opportunity to better serve the veteran community. This important program will allow veterans with physical disabilities as well as those diagnosed with PTSD realize increased independence and the opportunity to increasingly engage in their community. This legislation will bring about a positive impact on all veterans who require the assistance of a highly trained Service Dog.”

The bill has 29 original cosponsors, including U.S. Rep. Walter Jones (R-NC). It has been endorsed by the American Legion and the Animal Welfare Institute.

This week, U.S. Representatives Jim McGovern (D-MA) and Tom Emmer (R-MN) and U.S. Senator Edward J. Markey (D-MA) reintroduced H.R. 2754, the Atomic Veterans Service Medal Act, a bipartisan and bicameral bill that would authorize the award of a military service medal to members of the Armed Forces who were exposed to ionizing radiation as a result of participation in the testing of nuclear weapons or under other circumstances.

Between 1945 and 1962, about 225,000 members of our Armed Forces participated in hundreds of nuclear weapons tests.

These GIs became known as the Atomic Veterans.

They were placed in extremely dangerous areas and constantly exposed to radiation in performance of their duties.

Sworn to secrecy, they could not even speak of their service.

“America has a responsibility to honor all of our veterans and the sacrifices they made to serve our country. Tragically, many of these Atomic Veterans have already died, without receiving recognition. They kept a code of silence that likely led to many passing away too soon,” Congressman Jim McGovern said. “It is long past time for the Defense Department to honor their unique service with a medal recognizing all that they and their families have done to keep us safe. This bipartisan bill will help us to finally right this wrong and I urge Congress to pass it.”

“Our veterans are the best our nation has to offer,” said Congressman Tom Emmer (R-Minn.). “They dedicate their lives and sacrifice so much to protect our freedoms and liberties, so the least we can do is show them our immense gratitude. Unfortunately, we have since lost many of our Atomic Veterans, but I am honored to work with Congressman McGovern and Senator Markey to ensure these brave soldiers get the recognition they deserve.”

“As part of our country’s nuclear program, hundreds of thousands of brave U.S. servicemembers – our Atomic Vets – participated in atmospheric tests, exposing themselves to grave risks, without true recognition for their sacrifice,” Senator Edward J. Markey (D-Mass.) said. “Many of these brave patriots suffered from radiation-related diseases and other health issues. As a nation, we must honor their sacrifice, and this legislation takes an important step in that direction.”

Keith Kiefer, the Director of the National Association of Atomic Veterans commented, “The National Association of Atomic Veterans has worked hard to achieve acknowledgement of the consequences of exposure to the invisible bullets of radiation exposure. We thank Congressmen McGoven and Emmer and Senator Markey for spearheading our cause in the 2017 legislative session.”

There is no longer any serious disagreement among scientists that humans aren’t the only animals who have the capacity to suffer physically and mentally. Elephants, great apes, orcas, dogs, cats and many others can experience depression, post-traumatic stress disorder (PTSD), anxiety and compulsive disorders.

We know that humans and other animals suffer in parallel ways because of similarities in brain structure, physiology, behavior and responses to comparable medical interventions. It’s likely that animals suffer even more than many humans generally, simply because it’s impossible for them to make sense of what is happening to them, escape from it or alter their conditions.

In humans, PTSD and mood disorders, such as major depressive disorder, are commonly diagnosed after acute, repeated or chronic trauma. These types of stressors can sometimes overwhelm normal responses, which can cause persistent physiological and structural changes in the brain.

Brain structures and neuroendocrine mechanisms associated with mood and anxiety disorders are shared across a wide range of vertebrates. The hippocampus, found in all mammals, is a brain structure involved in memory storage and retrieval. In humans, PTSD has been associated with reductions in hippocampal volume or activity, perhaps because of recurrent and chronically elevated levels of cortisol, followed by changes in the hypothalamic-pituitary-adrenal axis, which helps regulate stress.

Abnormalities of this axis have been observed and documented in animals subjected to confinement, restraint, isolation or surgical procedures—all of which are routinely faced by orcas in SeaWorld’s tanks. Like humans with PTSD, throughout their lives, captive orcas suffer from threats to their physical health and families as well as exhibiting persistent fear, distress, avoidant behaviors and increased aggression.

Intelligent, sensitive orcas are waiting for a reprieve from their daily suffering. As is the case with humans, the best way to alleviate their distress is by removing the conditions that contribute to it—including imprisonment, social isolation and painful procedures—and by giving them the opportunity to live as nature intended.

Ultimately, we must ask ourselves, as a society, how we will allow those who are the most vulnerable to us — both human and nonhuman — to be treated.

As we’ve seen with SeaWorld, an impassioned public response can make all the difference. It’s time to acknowledge that justice for animals is the great social movement of our time and that the time for making it a reality is now.