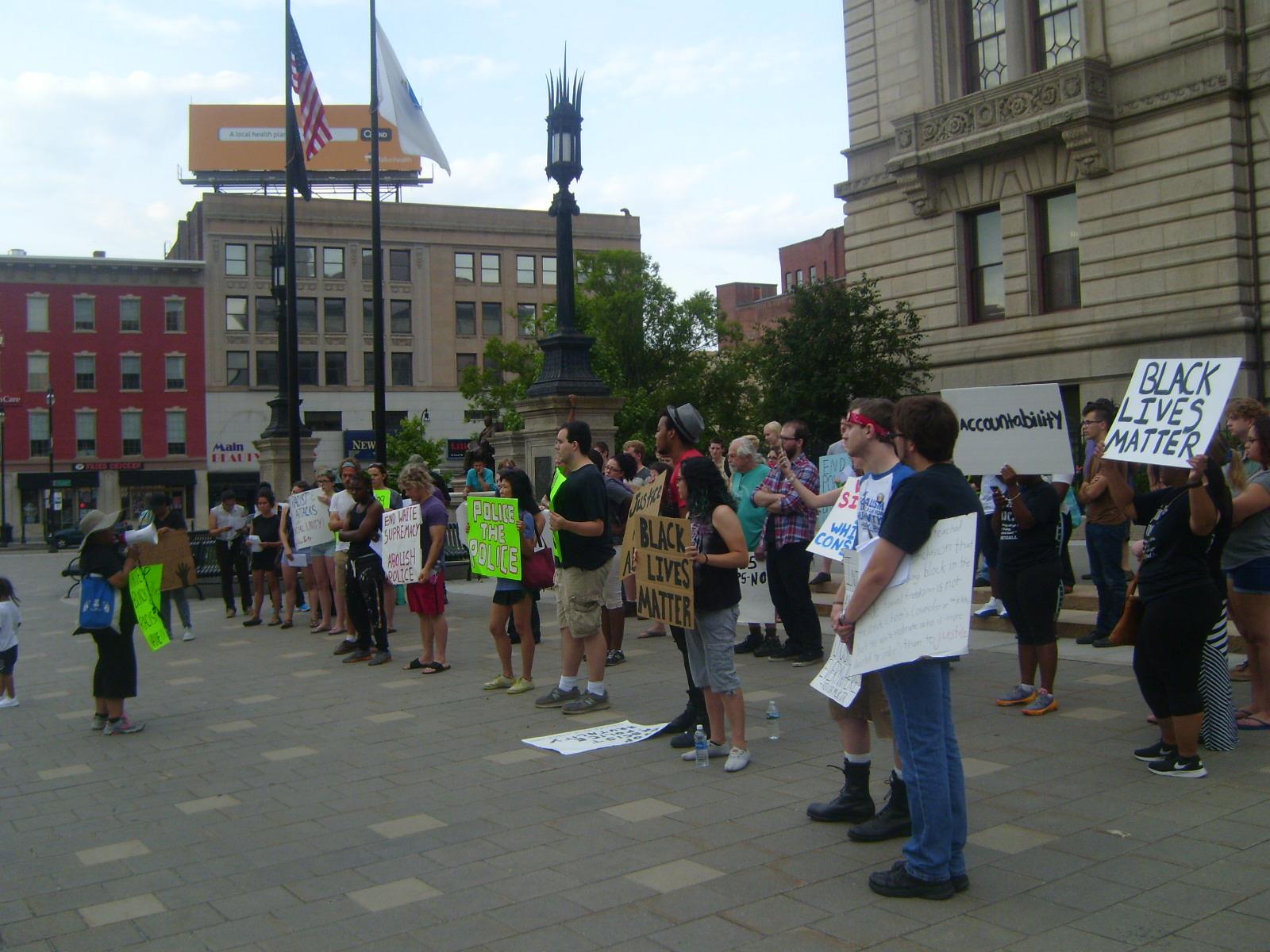 Worcester protest – July 7, 2016. Lots of folks participated in this collective call to stop racial killings by police and to create a more equitable Worcester.

… and Racism in Worcester

The majority of the people killed by the police are white people, people with dark skin are killed disproportionately more often. This is evidence of racial profiling. The inference is that stopping racial profiling will help everyone including white people.

In the late 19th Century and earlier 20th Century the Jim Crow laws of the racist Southern USA were enforced by the means of lynching Black people from a tree. Today the so called New Jim Crow, such as mass incarceration and the school to prison pipeline, is being enforced via the 21st Century’s new form of lynching, police killings.

On July 7, 2016, about 100 Worcester residents protested the racist killings of the day before. The protest was organized by Massachusetts Human Rights Committee, and the Progressive Labor Party organized the event. Other groups and individuals participated.

The protest in Worcester was one of several protests nationwide. There will be at one more protest in Springfield at its City Hall on Monday, July 11, 2016 starting at 3 PM.

One young man, apparently from Clark University, led the chant “No Justice, No Peace.” A lady protestor shouted out several times “‘racist cops’ means ‘fight back.’ ” Another speaker made the connection between income disparity and racism. This speaker sought economic equality as a means to abolish racism and other forms of discrimination.

Worcester’s problems with race relations were also raised in the speeches: the racist incident in which a City official used racially offensive language during a road rage incident, the malicious prosecution of the Black Lives Matter protesters and Worcester City Councilor Michael Gaffney’s attack on the Mosaic Complex were mentioned.

A lady came up to me and congratulated me for my opposition to City Coucilor Gaffney. She said he was arrogant, privileged and a frat boy. I told her I agreed.

The protesters made plans to meet again. Some wanted to discuss body cameras for the Worcester Police and the details of WPD Chief Sargent’s “Broken Windows” policing policy.

As the protest was winding down, a group of mostly young people started to walk to the Worcester police station as a means of venting the anger at the police. I would not be surprised should they demand and got a meeting with Chief Sargent. Sometimes the militancy of the young is quite amazing.

As I am writing this column I heard on the news that two police officers were killed in Texas. I personally condemn this type of individual “lone wolf” activity. Political action is done by the people in a mass way: demonstrations, rallies, petitions, meetings, etc. 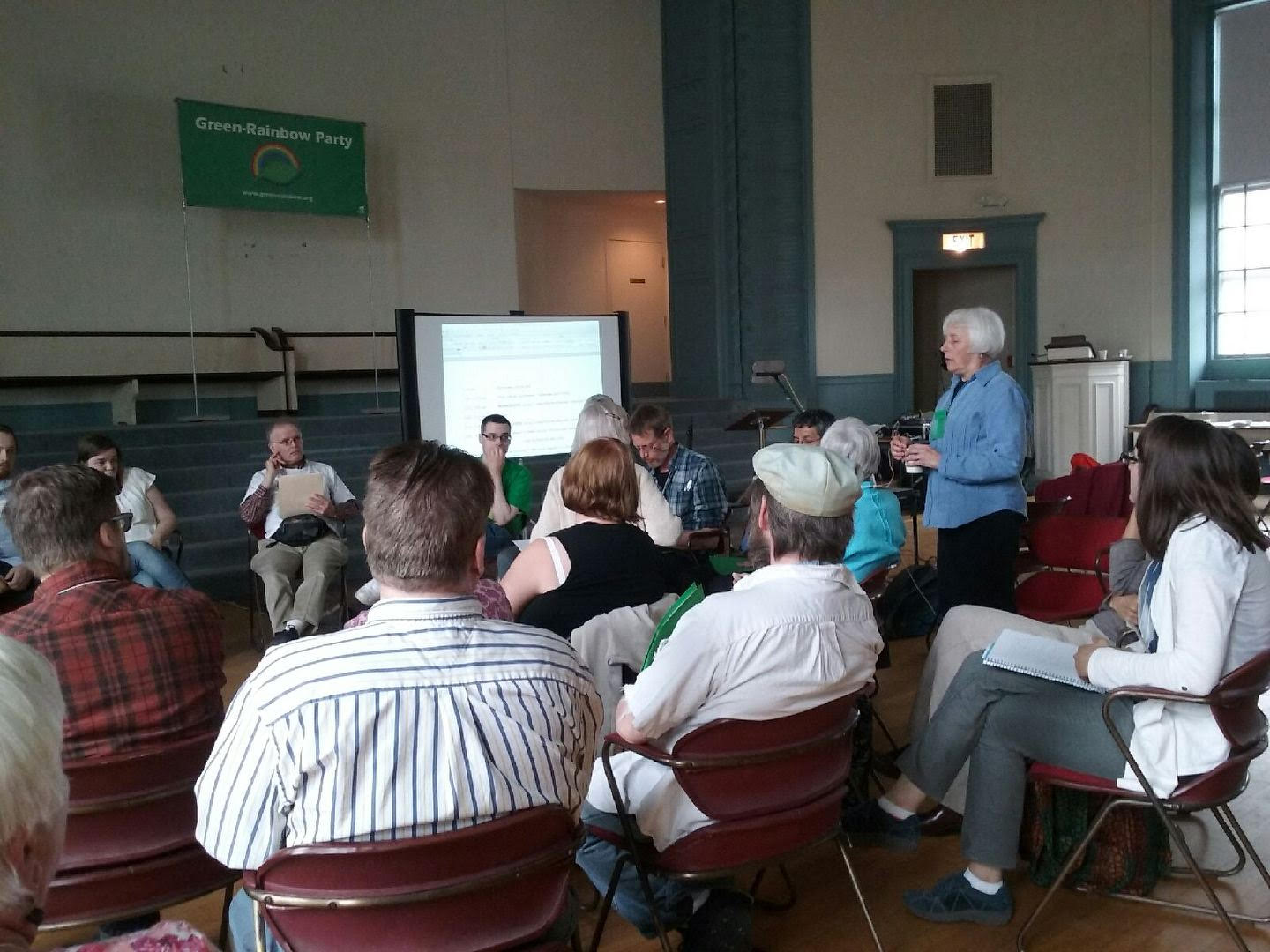