Great analysis from The Guardian. – R.T.

By Jonathon Freedland, The Guardian 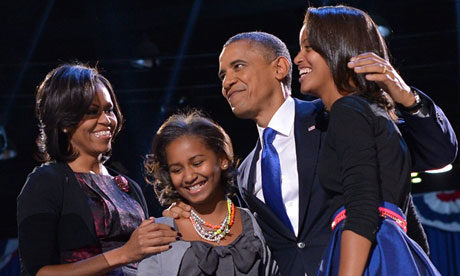 The improbable journey goes on. What Barack Obama always regarded as the unlikeliest of political odysseys will now be allowed to run its full measure. By a clearer margin than many of his supporters had dared hope, the people of the United States voted to let their 44th president finish what he had started.

As election night brought the familiar, intense focus on this or that county in Ohio or Florida, it was easy to lose sight of the scale of Obama’s achievement. Of course becoming America’s first black president four years ago was an unrepeatable feat, but winning four more years made history, too. Obama is only the fourth Democrat since 1900 to win two full terms in the White House. Only Woodrow Wilson, Franklin Roosevelt and Bill Clinton have matched his achievement.

And he did it in the hardest of circumstances. The experts long believed that to win re-election with unemployment at or above 8% was to defy political gravity: no one had done it since 1940. Yet that was the jobless number Obama confronted from the day he took office until two months ago. His approval ratings had struggled to break 50%. He had been on the receiving end of a four-year assault from the American right – the alternative universe embodied by Fox News, which tore itself apart on air as pundit Karl Rove refused to accept the cold, hard facts set out by Fox’s own number-crunchers – which sought to “other” the US president, to paint him as Barack Hussein Obama, the Kenyan Marxist Muslim bent on destroying America. Despite all that he won and won convincingly, ahead in the popular vote and taking all but one of the nine key battleground states, with as-yet-undeclared Florida likely to be added to his tally – with no need of recounts and not a hanging chad in sight.

It was a monumental achievement, one the renewed president recognised with a magnificent speech. In Chicago before a crowd both relieved and delighted, he spoke with a force, clarity and determination that had scarcely been glimpsed in the 2012 campaign. The rhetoric was soaring – “for the United States of America the best is yet to come” – and moving but it was also rooted in the concrete. He set out the goals of his second term: “Reducing our deficit. Reforming our tax code. Fixing our immigration system. Freeing ourselves from foreign oil.”

But he also spoke of a danger that had barely featured on the campaign trail, warning of “the destructive power of a warming planet”. For his supporters, including those frustrated by the timidity of much of his first term – and the lethargy of his appearance in the first TV debate – this was the Obama they had been waiting for.

It brought hope flickering back to life inside Democrats who wonder if, having made history, Obama might now defy it, reversing the usual order and achieving more in his second term than in his first. His healthcare reform, which would have been repealed by a President Romney, will now be implemented, which represents a legacy in itself. If he can somehow negotiate the looming fiscal cliff, bringing tax revenues and spending into balance, that too will endear him to posterity. …

By Michael Cohen, The Guardian 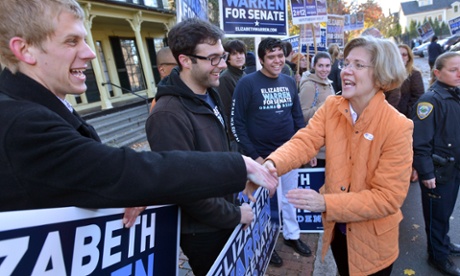 Last night was a great one for the Democratic party. A president re-elected and a Senate majority expanded, even if the House remains in Republican hands.

But beyond the headlines, consider for a moment the underlying dynamics of this win: Democrats have now won the popular vote in five of the last six presidential elections. Among 18-29-year-old voters, the Democratic advantage actually slipped from four years ago, but Obama still won them by 23% – a huge majority among the next generation of voters. Obama increased the party’s edge with Hispanic voters, winning an extraordinary 71% of their votes. These numbers are replicated obviously among African Americans, but also Asian Americans where the party has a similar near-monopoly. Even as Obama lost white voters by 20 points (which is 8 points worse than 2008), he still won the electoral college handily.

Last night, we saw the emergence of a new Democratic governing majority – one that was hinted at in 2008 – with the potential to serve as the foundation of presidential politics for many years to come. Quite simply, Democrats have once again become the nation’s presidential party.

So what does this mean for actual governing? Here, we need to consider the other big winner from last night: liberals. …

From The New York Times. Hopefully, this is just the beginning of the good news for President Obama!    – R.T.