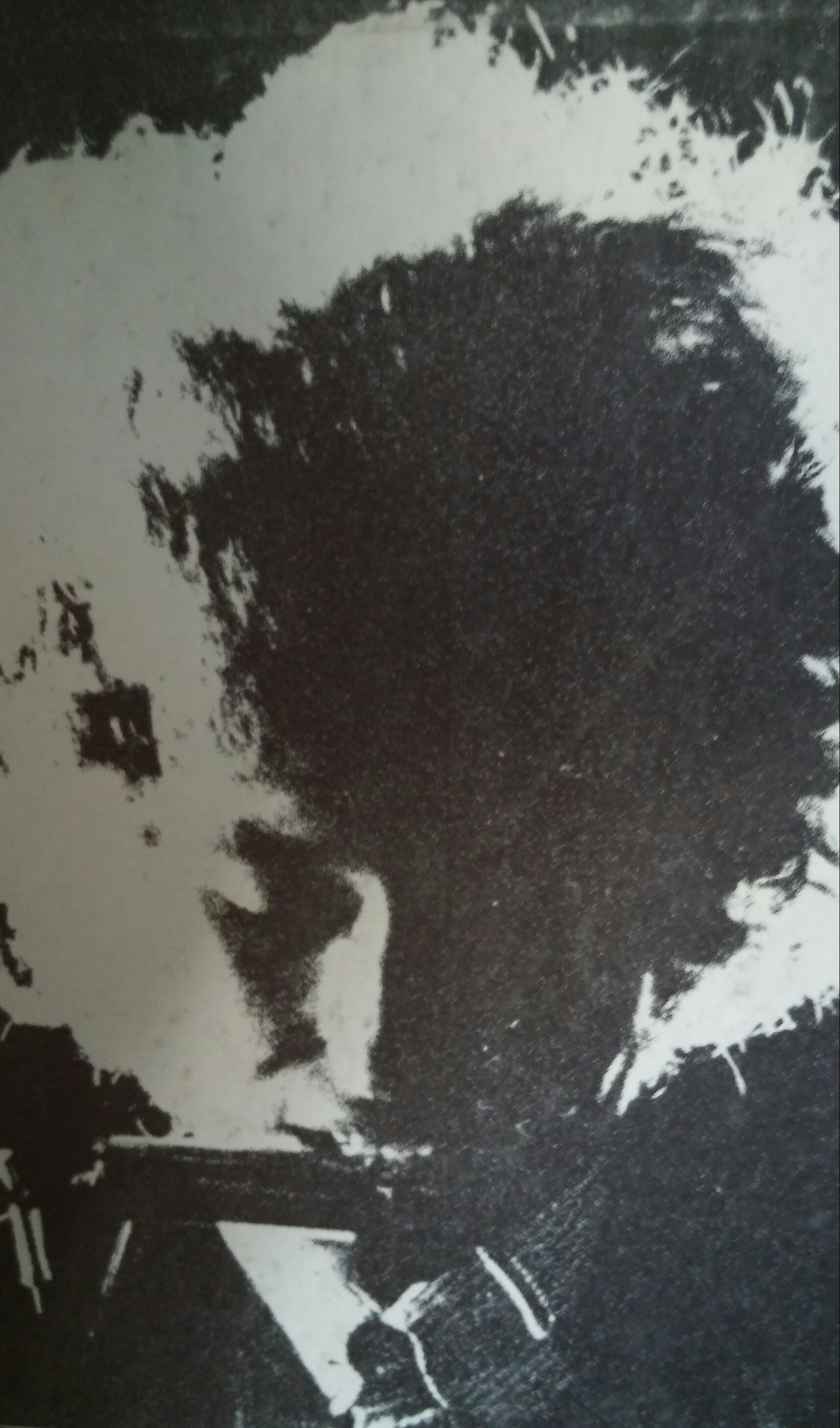 Bob Dylan was conning the world when he gave his Nobel prize acceptance speech to the jewelry rattlers to read at their fancy Nobel banquet a few days ago. The blase speech, following his no-show appearance, was just another way for Dylan to extricate himself from the situation. To minimize it – no, make that pulverize it. In a very polite way.

But writing a real speech, going to Sweden to accept the award and to sing one of his mind-blowing songs outa his mind-blowing catalog could have been a terrific opportunity for Dylan – and America! A chance for Dylan, with the whole world lending him its ears, to make a BIG STATEMENT about art, about the world today. Everyone would be listening.

I and millions of others – Baby Boomers and 1960s political beat poet types – have been listening to Bob for decades! Mining every smooth or rough lyric for their diamonds. We’ve unearthed: God, peace, rage, longing, love, yearning, love again and again – the bitter and sweet, the carnal and the other worldly –  the loner, the outlaw, the preacher, the young man, the old man … barley fields, the ocean,  the North Country, “men with broken teeth, stranded…”

It’s all there. The world. The human experience. In Dylan’s songs. In his lyrics…especially from the 1960s and 1970s.

In Sweden, if he had been there, Dylan could have spoken again – on war and peace in a terrorist-bomb-laced world, on refugees today, or on black kids killed by white murderers and how BLACK LIVES MATTER. He could have ripped Donald Trump and Brexit and all the other soul-destroying fascists. He could have sung about the other ISIS! But he chickened out!

Dylan’s Nobel speech. Did he even write it? Did he shop it out to some pr flak who promised to genuflect to the academy – maybe asking Dylan to write the middle section, the guts of the gutless thing?

Faulkner gave his Nobel speech. He delivered it in person, alcoholic or no alcoholic, and it was gangbusters! It was beautifully written and about the dawning of the nuclear age and what that meant for humanity. I still remember the first time I read it – in a textbook for my AP English class at Burncoat High School. Students are still reading and discussing that Nobel Prize acceptance speech.

Hemingway was at the end of his line – struggled with that heavy rifle butt before putting the firearm’s mouth into his and pulling the trigger. He did this in Idaho shortly after giving his beautiful Nobel speech – he made it to Sweden all right and gave a speech that is still found in all the textbooks and prefaces to his short story collections …a speech that is poetic, haunting, image-holding …and not all that long! Papa at his best!

Dylan’s Nobel speech was short and sweet and focused on the nuts and bolts of being  a musician, on tour. It was also: forgettable, clunky sounding, written in the most prosaic way, as if spoken into a microphone. How could Dylan be so … un-Dylanesque?  When as just a kid he changed his last name from Zimmerman to a poet’s name, Dylan Thomas? How could his Nobel speech be so uncomplicated, when Dylan has so many head games going on and visions driving him to almost madness? How could he sound so NOT cutting (check out his mid-1960s speech to the new American CLU) when, in fact, by not showing up to get the award, he was being just that – shouting FUCK YOU to all your stupid awards?!!

The real, in-the-moment, beautiful Patti Smith (who’s always been in love with the always illusive Dylan) saved the day for her friend, for America. A formidable artist in her own right, Smith sang Dylan’s 1960s tour of graveyard America via an innocent child, “A HARD RAIN’S GONNA FALL.” She sang it so beautifully. With genuine emotion. She put herself out there – as an artist, as a human being. Totally vulnerable. Totally herself.

Dylan couldn’t do that.

Dylan, in his songs, through the WORDS in his songs, has shown us he has never been … ordinary, a just-the-facts kinda guy. Because the facts change, or were never really there to begin with, and you’re just left in a room “where the heat pipes just cough” to recall the affair or an America you thought you knew.

This past Sunday Dylan made no attempt to write anything like that, something for all ages  –  something that would turn the medal-encrusted and ribbon-bedecked Nobel podium to ashes. Perhaps, Dylan was intimidated by the past “competition.” Perhaps, he’s just too old (mid-70s).  Can you imagine if he’d been awarded the Nobel Prize for Literature when he was 29, when his genius flame burned strongest? Or even if he’d been awarded the prize during his look-death-straight-in-the-puss TIME OUT OF MIND phase of the 1990s. He might have come up with something really interesting then.

But not this time.  Dylan wrote about being a regular guy musician, as if his eyes have been on the highway or his ears on the sound check or the wiring of the mics since day 1! Yes, but…

…then why, when he first came to New York City, when his genius exploded right through his finger tips to the typewriter keys – did he hang out with the poets, write and rewrite and rewrite his song lyrics – on a typewriter?  And keep all copies?! Say he decided to stick with the song writing career after he realized he could write his novels, his poetry through songs? Through music. A break through for Dylan at an early age. An epiphany we can all be thankful for!

I know the academy, snubbed and crapped on, STILL is!

Poetry, the BIBLE, SHAKESPEARE, carnival barkers, street jive, folk music that goes back to the stuff about roses growing through skulls…it’s all there in the hundreds of Dylan songs, in his gorgeous, gorgeous albums.

You should check a few out this Christmas … “offer your hand, (he)’ll grab you by the arm”!

Love you, Bob! Congrats on your Nobel Prize for Literature! WOW. 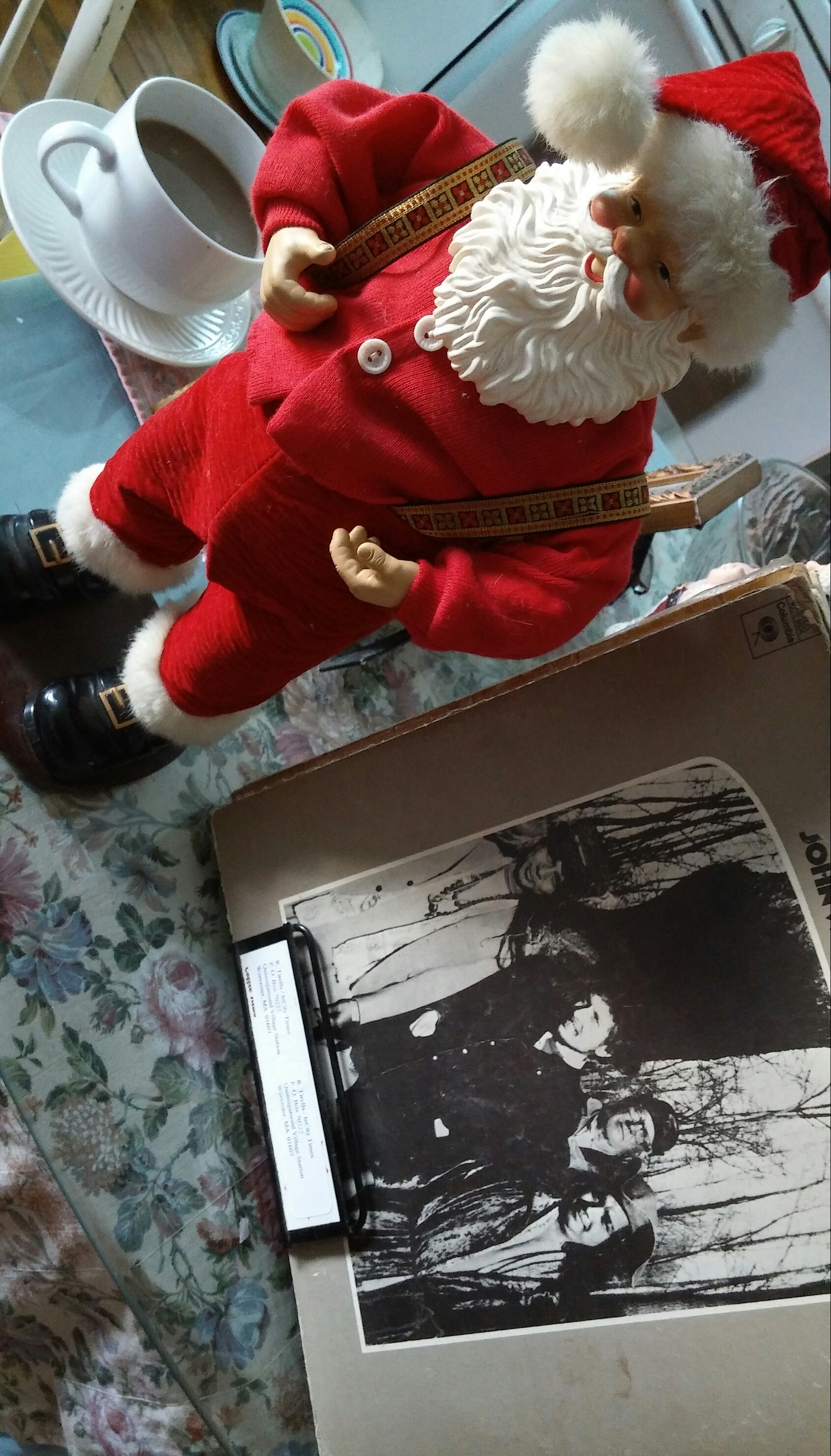 It is frustrating to receive an education that allows you to think critically about the world, only to discover that the university [WPI] that gave it to you is avoiding critical thought, in the name of the status quo.

Climate change is a widespread, desperately urgent and crucial problem faced by humanity, and it is the absolute responsibility of the engineering and science community, especially its universities, to take the lead on addressing it.

So, naturally, when students and faculty at Worcester Polytechnic Institute (WPI) found out a month ago that Rex Tillerson, the CEO of ExxonMobil, would be speaking at commencement, many of them were furious.

They saw ExxonMobil as a canon for all things old and unsustainable: destruction of the environment, and the exploitation of two finite resources¾both the oil and the atmosphere’s storage capacity for CO2 waste.

This seemed incompatible with a ceremony understood to be about leaders and moving ahead, rather than about barons of the past. As one graduating senior puts it, “Being well-wished into our careers by Rex Tillerson is an insult to our generation. His leadership at ExxonMobil continues to threaten the peace, security, and prosperity of our futures. He is not a good role model, and we will not accept him as the figurehead of our graduation.”

Adding to the trouble was ExxonMobil’s disinformation campaign aimed at the credibility of the scientific community. Shortly after the establishment of the Kyoto protocol in 1998, ExxonMobil launched a covert PR effort worth upwards of $16 million. A memo leaked from the company set the tactic: the think tanks hired by ExxonMobil would attempt to popularize the notion that scientists were undecided on global warming, in the hope of stalling further policy action [1].

So, immediately after the announcement, 22 WPI faculty members wrote a letter to WPI’s President, Dennis Berkey, calling for him to rescind Tillerson’s invitation. Over 250 students signed a petition opposing the choice and calling for more involvement in the speaker selection process. Then, students gathered around the WPI chapter of Students for Just and Stable Future (SJSF) to organize a campaign to educate the WPI community about social and environmental justice. END_OF_DOCUMENT_TOKEN_TO_BE_REPLACED

It didn’t take long, when I went to the local breakfast hangout, to be asked, “So, Jack, what did you think of the President’s State of the Union speech?”

Well, to be honest, I didn’t catch the first few minutes since I got deeply engrossed in one of my favorite action movies of the week, Transporter 3. … Instead of waiting for Bourne Identity to come on the telly, I said. Let me give our leader another shot at trying to make me believe there is still some hope. After all, some of the promises President Obama made to lots of us progressives he just hasn’t lived up to. So I decided to look at the new majority and what they are offering.

Take, for instance, all the cuts in spending. So what do you want to do? How about cutting, or even eliminating, discretionary spending? That’s less than 16% of the budget. This country is $14 trillion in debt – 18 % is for past military, or veterans benefits, plus the 80% interest on debt. The budget was $3 trillion in Fiscal Year 2009. You do the math … .

Neat: The President fell into that trap of cutting discretionary spending in any bill that comes before him. What the hell did we send our reps to Washington for? Bring some of that bacon home! Where are the states going to get the extra money for schools, roads and more? END_OF_DOCUMENT_TOKEN_TO_BE_REPLACED

US Senators give themselves and other very wealthy a double tax break!

“I am personally relieved the unemployment extensions passed but I am disgusted by the Republican driven give-away of the farm! How do we re-build jobs when all our government money is being spent in ways that CBO and recent history has shown destroy our economy?” said Sharron Tetrault whose own unemployment extension and job future rests in the balance. Ms. Tetrault, an unemployed human services worker, led local efforts to reach Congressman Frank.

Local members of the Grace Team, many of them unemployed themselves, spearheaded efforts in Massachusetts over the last few weeks to ensure unemployment extensions while fighting for long-term job and economic growth. That growth will be stunted by tax break for the very wealthy END_OF_DOCUMENT_TOKEN_TO_BE_REPLACED

According to a recent study published in the journal Nature, scientists have discovered that a gene called FOXP2, which is believed to be responsible for the evolution of speech in humans, behaves differently in humans than it does in chimpanzees, our closest living relatives. The gene produces a protein in humans that differs by just two amino acids from chimpanzees’ FOXP2 protein. Think about it—if not for those two amino acids, chimpanzees might be able to talk. If they could speak, what would they say?

Actually, we already know what they would say, thanks to the work of people such as Roger Fouts, a professor at Central Washington University who is famous for teaching chimpanzees American Sign Language (ASL). Fouts’ most famous pupil is Washoe, who was the first nonhuman animal to learn ASL and who, in turn, taught it to her adopted son, Loulis. Washoe spontaneously combined words to describe her experiences and desires, using expressions such as “you me hide” and “listen dog.” She also invented names for her possessions, referring to her doll, for instance, as “Baby Mine.” She was even known to fib and tell jokes. END_OF_DOCUMENT_TOKEN_TO_BE_REPLACED