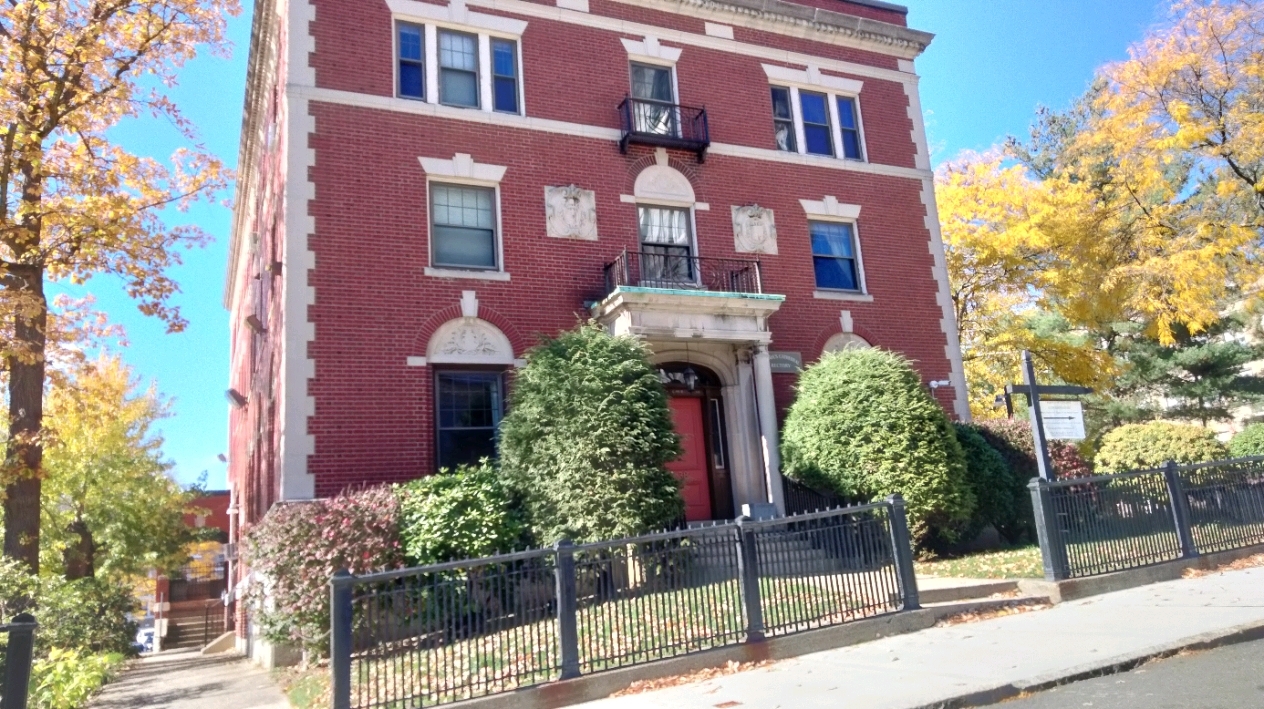 Worcester’s Central Mass Housing Alliance just got a huge HUD GRANT to house Worcester’s homeless youth. Kids on the street – in wintertime, maybe abused by family members, thrown out of the home because they’re gay, bi or trans. Suffering. Exploited.

My question: Central Mass Housing Alliance has gotten the $$bucks, but will they follow through? Will they be able to provide the actual physical room or apartment for the homeless young person? This past year there were 30 Central Mass Housing Alliance clients walking around town with HUD housing vouchers – and STILL HOMELESS! Worcester agencies were pointless, useless. A tragedy unfolded, quietly in the streets. 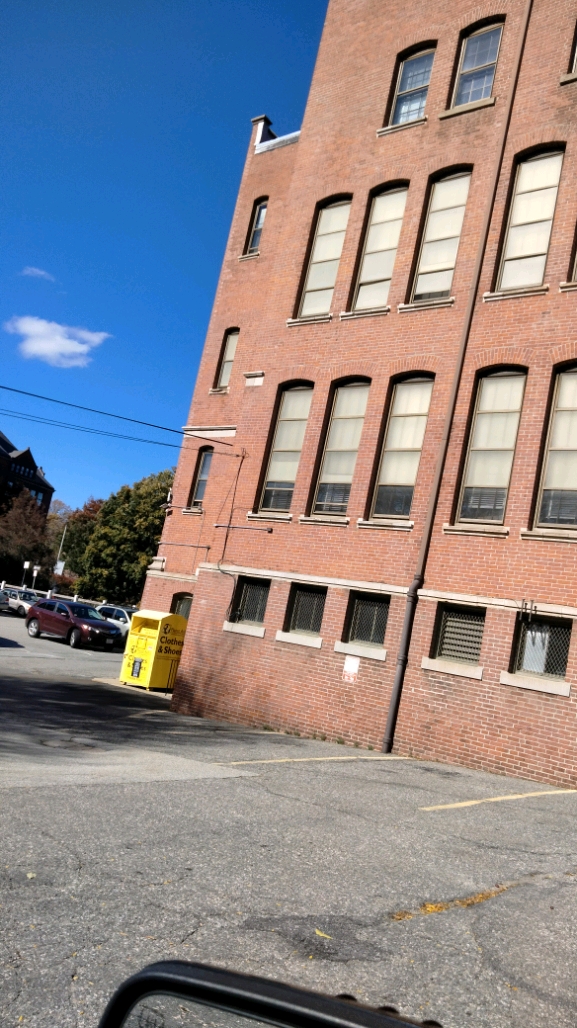 St. Paul’s School on Chatham Street – a big beautiful building – underutilized by the Catholic Church – and perfect for studio apartments or SROs for Worcester’s homeless youth. Here’s the entrance to their food pantry – open only for 6 or so hours a week.

A suggestion, echoing Father Reidy’s idea that he shared with me a year back. He’s a big important person at the Diocese of Worcester Chancery on Elm Street, but he is also a compassionate, down-to-earth guy. He was at one time a parish priest in Oxford and visited the elderly in nursing homes – my late mom included. He delivered her eulogy. The good padre suggested that the old but beautiful St. Paul’s School on Chatham Street be used as a shelter for the homeless, to help the hopeless, to care for our neediest. I thought it was a great idea, but in light of the CMHA grant$$$, suggest renovating St. Paul’s School and converting the huge building into studios or small apartments for homeless young people. The old St. Paul’s school and rectory, across from St. Paul’s Cathedral on Chatham Street in downtown Worcester, is probably the most underutilized beautiful, functional building in Worcester. The Catholic school was once home to AN ENTIRE SCHOOL. TEACHERS (nuns), A COUPLE OF HUNDRED STUDENTS, OFFICE STAFF (nuns and priest). Now you’ve got Vo Robert’s Elder Outreach office, a City of Worcester agency, sucking up space there. Her office suites take up half a floor – and it’s just Vo and two part timers – 9 to noon for two young people on alternating days. Ridiculous. Vo has three big rooms to herself – and she’s out half the time. Once I suggested to her that her space would make for two lovely studio apartments – and bring money into St. Paul’s. She poo pooed the idea. At the other end of the long corridor where Vo works sits one secretary. Alone. Behind a huge desk. THAT’S IT. 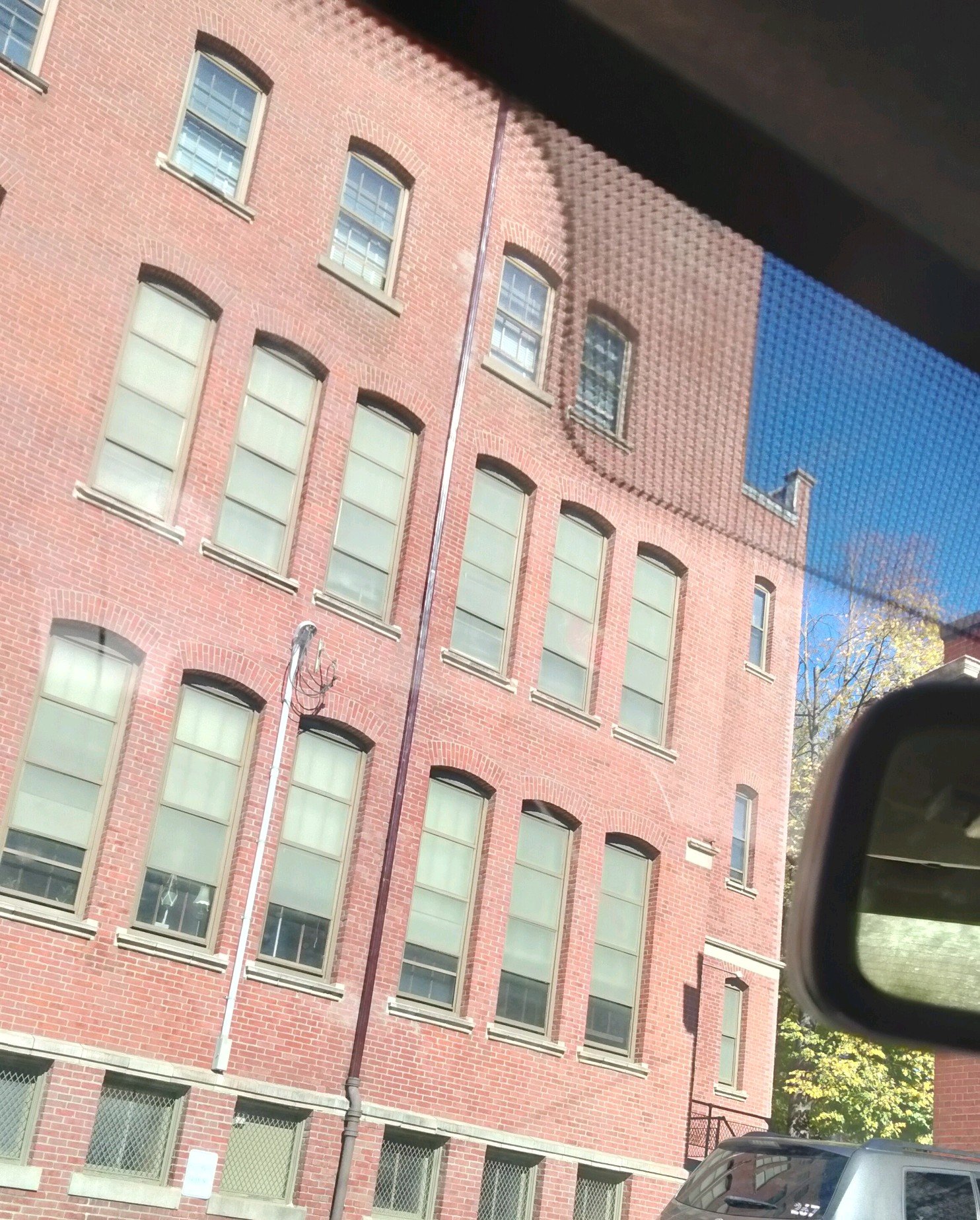 About five people work out of the school today! UNDERUTILIZED!

Theres a food pantry in the basement that the church opens for six hours a week…and a janitor named Gary who had the whole basement area smelling like piss the whole winter. (Two women finally did his work and cleaned properly.) BUT THAT’S IT!! The little Catholic radio station moved out a year ago – now it’s just basically Vo Robert – and a little fiefdom that the Catholic Church would sell IMMEDIATELY IF A BIG TIME DEVELOPER CALLED THE BISHOP AND OFFERED HIM MILLIONS OF DOLLARS FOR IT. Just like what happened with Our Lady of Mount Carmel Church on Worcester’s East Side.

But right now it’s all a secret – as is the St. Paul’s rectory. A HUGE building with basically the pastor, Father Hugo, and a young priest living there. Rooms and space galore – all underutilized.

The St Paul’s school is pristine. Shiny hardwood floors, maple – or mahogany – door jambs and window frames. The Catholic nuns years ago kept the building sparkling – free labor that priests and Bishop exploited years ago. But now the free teachers – the nuns – are gone. And the free janitorial help, too. The school, like many Catholic schools, closed because paying decent salaries to lay teachers and principals and office staff was all too expensive.

So now Vo Robert and Gary the janitor rule the roost.

Why not take the rectory, the school and create an apartment complex – or an SRO – for our homeless kids? HOME. They deserve it. Winter is closing in …