Good news for Quinsig Village and the City of Worcester

Recently, I joined my colleagues to pass the House version of the Environmental Bond Bill which included a $7 million investment in the expansion of the Worcester sewer system along the Route 20 Corridor. This funding is a step forward to providing immense environmental, operational benefits while fostering economic growth in the district, and the city as a whole.

For too long this area of Worcester has been overlooked and underutilized when in reality it is ripe for commercial and industrial development that will attract new businesses while better serving our existing businesses. With the area’s direct access to the Massachusetts Turnpike and the opening of the Route 146 Connector, the construction of sewer lines can help spur economic development for the Route 20 Corridor. Further, the increasing market demand for manufacturing and distribution space in the region, and the potential for parcel assemblage, this project is expected to generate high-value opportunities for economic growth and redevelopment in the region that is advantageous to businesses and residents alike.

In addition to fostering economic development in this part of the city, the Route 20 project would provide immense environmental and operational benefits to the area and the city. Currently, there is no direct sewer line along Route 20, thus sewage flows through on an indirect route through the city’s downtown sewer lines before flowing up to the Upper Blackstone Wastewater Treatment Facility. This lack of infrastructure along Route 20 Corridor is not operationally efficient and the existing sewage facilities during extreme weather results in sanitary overflows impacting environmental resources, such as Lake Quinsigamond and the renowned Broad Meadow Brook Wildlife Sanctuary. This project will reduce the burden of the overall sanitary sewer infrastructure by transferring sewage flows from the existing, over-taxed Lake Avenue and Dunkirk Avenue stations to the proposed Route 20 sewer system, which will connect directly to the Upper Blackstone Water Pollution Treatment Facility.

This project has been a collaborative effort and is the result of the leadership of Worcester City Mayor Joe Petty and his Route 20 Taskforce, Worcester legislative colleagues in the House and Senate, the Worcester City Council and City Administration.

Constructing and expanding sewage infrastructure along the Route 20 Corridor would reduce operational costs, encourage economic development, and ensure the preservation of our local environment. As the Environmental Bond Bill awaits approval from the State Senate I will join the Worcester Delegation and Worcester City Officials in continuing to fight to ensure this project becomes a reality for the city. 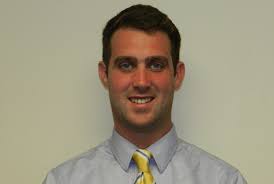 Rep. Donahue encourages residents to attend these office hours with any questions about upcoming legislation or any personal matters. Drop-ins are welcome, but feel free to schedule a time with Rep. Donahue beforehand by calling 617-722-2006.