The workers were working hard on the fence this morning. I told them, after I took these photos: GOOD JOB!

Then a big broad snorted to them: Is that the lady? And rushed into the building, I presume, to whine to the owner …

Yup, lady. I am the lady who reported you and wrote about you. You have zero maternal instinct if you think YOUR RIGHTS were “stepped” on! … Children. The easiest people to exploit and hurt …    I wouldn’t send my dog to your Step in Time day care!

By the way, is it legal to run a day care center in this windowless store-front space on Greenwood Street???? This whole enterprise seems fishy …       – R. Tirella 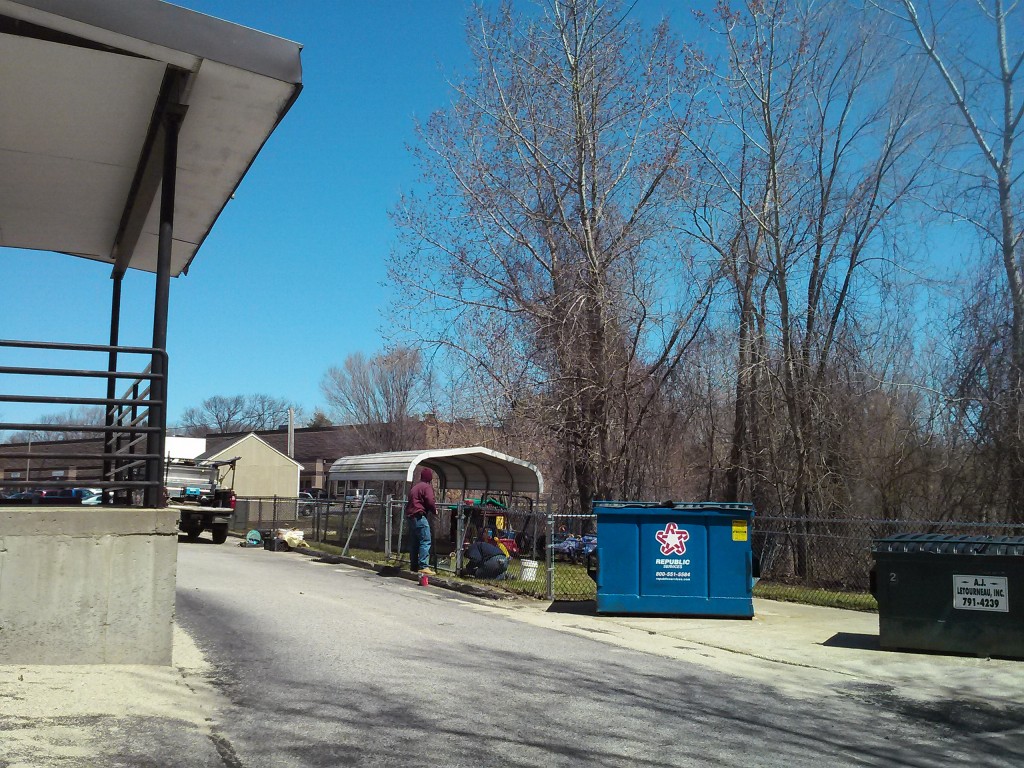 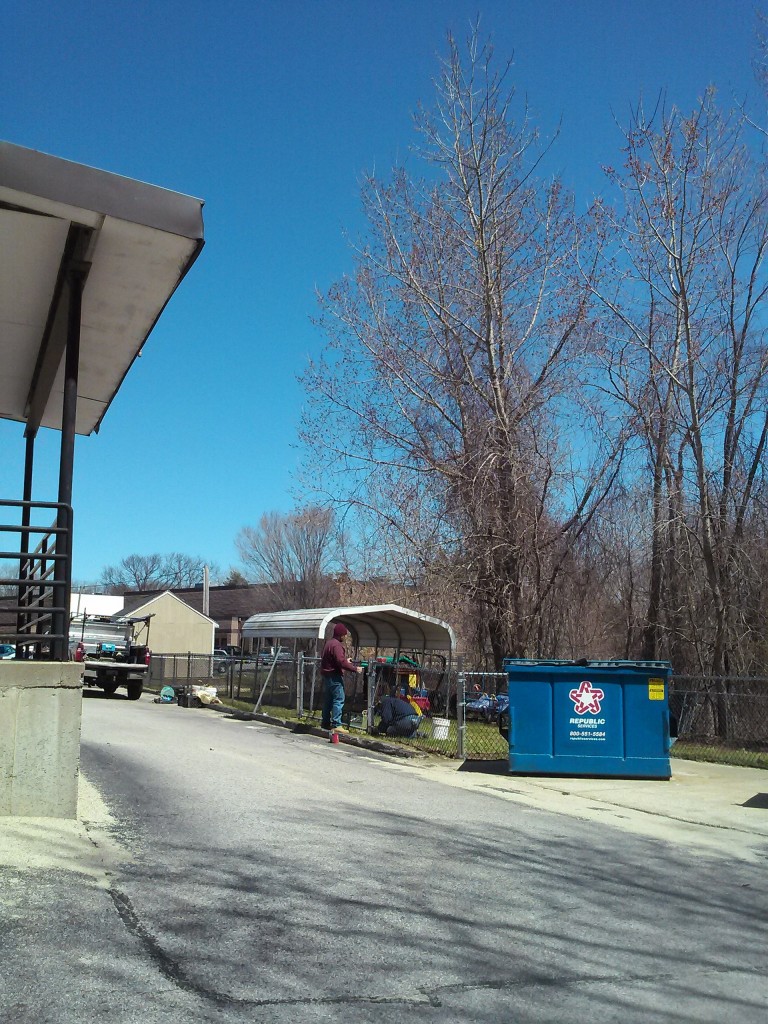 Here’s the EMAIL thread re the day care center on Greenwood Street, Step in Time, that I blogged about last week. Just took a photo of the play area (below). Looks like they are building a dog kennel! NO FENCE erected!  No windows that open in the building, either – just a front and back door. Store front windows meant for shops! … Is it legal to stick a day care center in the building???      – R. Tirella

A fence will be installed this weekend and we will go by the beginning
of next week to reinspect.

One of my inspectors is going out right now.

Sent from my iPhone

A constituent of mine called me to complain about what she believes
to be a major safety issue with a daycare at the former location of
Squire Whites on Greenwood St next to the Post Office at the Rt 20 end
of Greenwood St. She says the children are in an open area that should
be fenced so they are not hurt by near by vehicle traffic.