Be there, HIGH SCHOOL STUDENTS!

WSU will also have a table staffed with professors from the Natural and Earth Science Department.

They’ll be able to talk to High School students about the college program and career opportunities in Earth and Environmental Sciences.

Be there, HIGH SCHOOL STUDENTS! 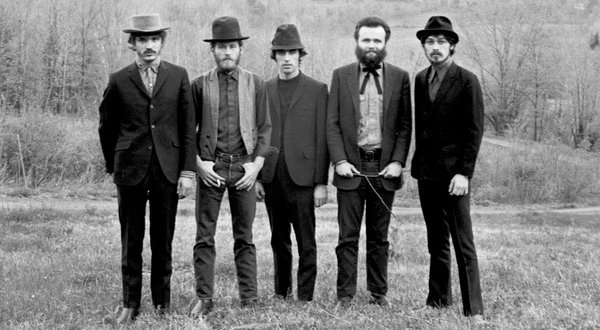 Like the old medicine men you used to see in the John Ford movies, like John Wayne and John Ford themselves – guys who knew the Native Americans they used in their movies –  The Band were connected to the America of William Faulkner and Mark Twain – pristine, wild, violent, so so young America. I used to feel I was tapping into a world I would have loved to have come of age in whenever I listened to The Band or watched a John Ford movie, a world of: rustic living, majestic mountains, wolves in your back yard, high flying, seat-of-the-pants entrepreneurs; do-it-yourselfers of all stripes, traveling preachers, scrawny dogs, scrawny kids, too too short lives, spirit-breaking hard work/exploitation of  everything that wasn’t white or male. Violence. Utter serenity via the natural world. Horses as modes of transportation. Lovely HORSES! Feisty mustangs!

I saw Band singer and sometimes songwriter Rick Danko right here in Worcester – in the building that is now the Palladium. God, I was young. Danko was beautiful.

All the “boys” in The Band were beautiful, especially: Robby Robertson (chief songwriter, who, thankfully, Helm reconcilled with on his death bed), Danko who died in his home outside Woodstock, New York, in the mid 1990s, and of course Helm, who left us yesterday, to continue his journey as his wife so soulfully put it. The Band members were wonderfully skinny, wore flared blue jeans and velvet suit coats with embroidered vests. None of the short hair Nazi cuts of today. All the guys of the 1970s wore they hair beautifully:  longish, cut below the ear, heavy bangs that brushed against their eyebrows. Yes, I was boy crazy. So was everyother heterosexual girl back then. The men – starting with The Band, Bob Dylan, Van Morrison all the way down to your high school home room buddies, were so wonderful looking. Utterly beautiful.

Soul, honky tonk, blues, country … . I play my old Band albums, Music from the Big Pink, The Band (I know I have another one or two lying around the house) and their songs just make you ache. They are poetry, but better than poetry because the evocative lyrics come with amazing melodies. And The Band is playing the songs – actually recreating the songs everytime they got up to play.

I love to sing along with Helm. I wail, too, when he sings “The Night They drove ol’ Dixie Down … .” I will play and replay my Band records this weekend.

A few months ago I watched (for the 1oth time) The Last Waltz – a movie that showcases all the musicians that we Baby Boomers were marinated in! Joni Mitchel, Neil Young, Bob Dylan … . The musicians who came out to celebrate The Band’s goodbye performance (they split up) were also the stars of  this Martin Scorsese movie. The music in The Last Waltz was the muscial soundtrack of my teens and twenties, artists that I, like all my peers, just took for granted. Their excellence was just part of our collective unconscious. When the movie came out, I saw it at the old cinemas in the old Worcester Center. I still remember the poster – the silhouette of the guys playing.

I want to see that movie this weekend. I want to see and listen to all those groovy, one-of-a-kind (for the most part) American poets.

RIP Levon. Your music/songs – YOU – are immortal.

Enjoy these links to great pics and NYT story: