Except for around the Worcester Common, my city’s downtown/Main Street looks pretty down at the heels. 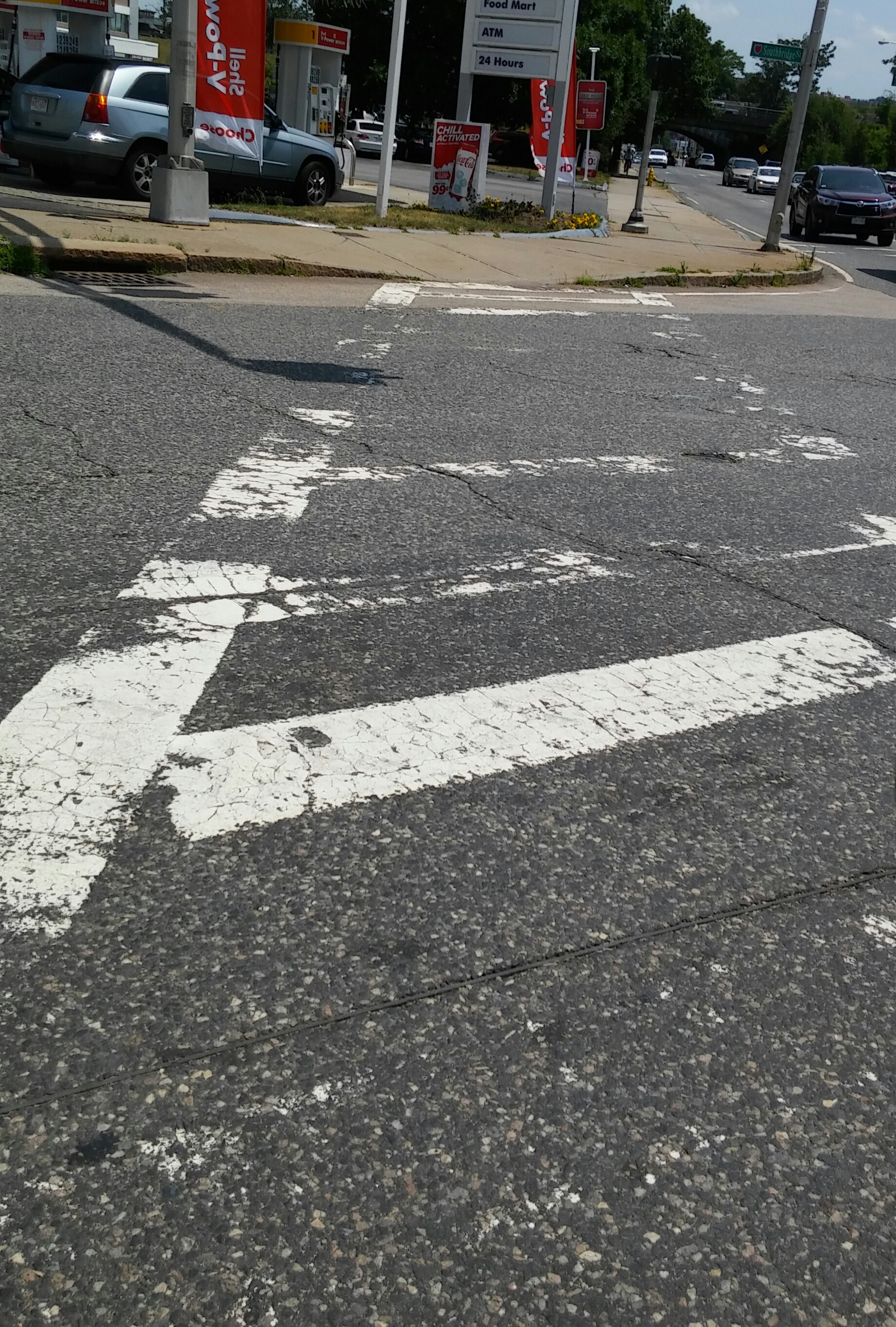 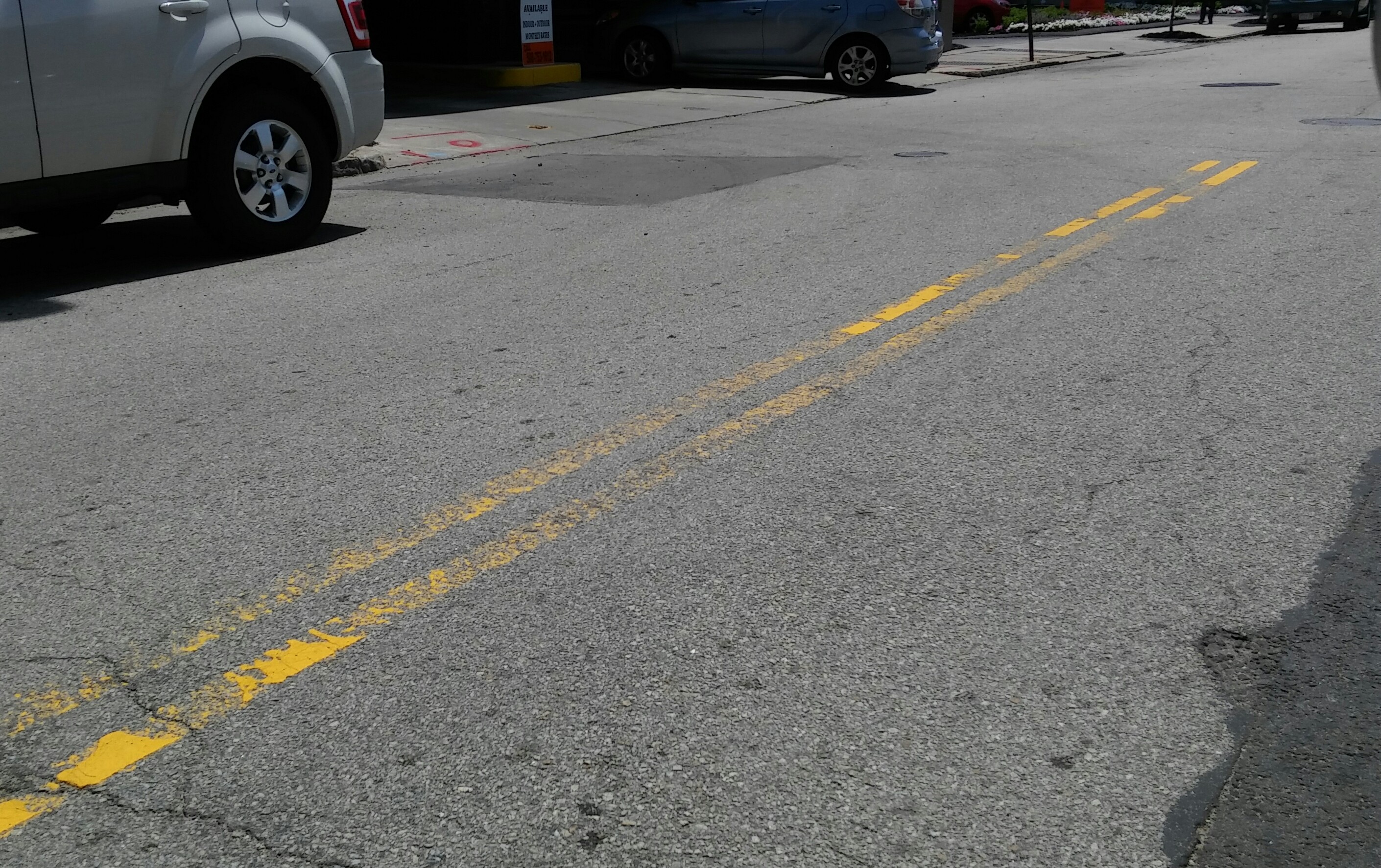 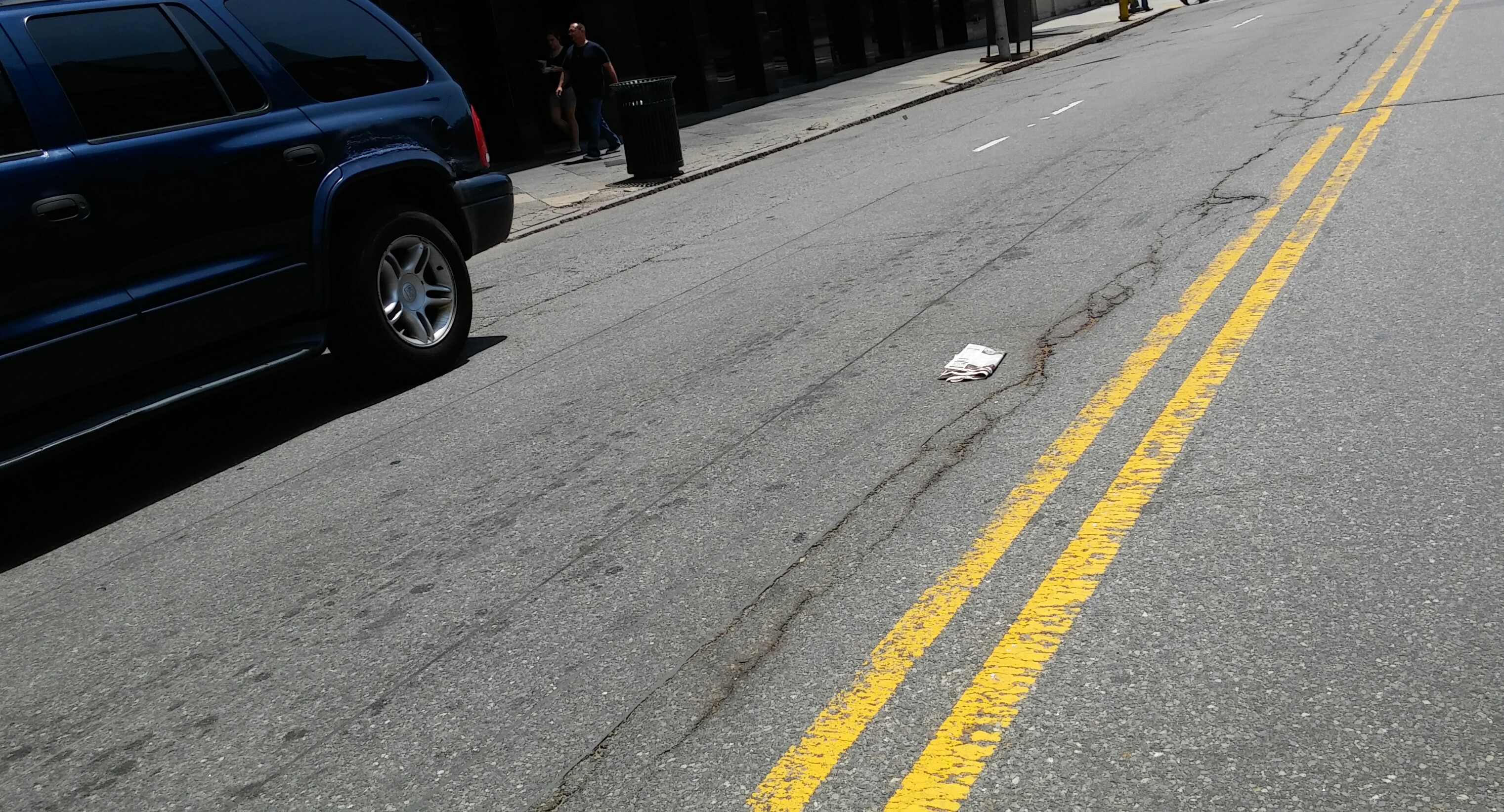 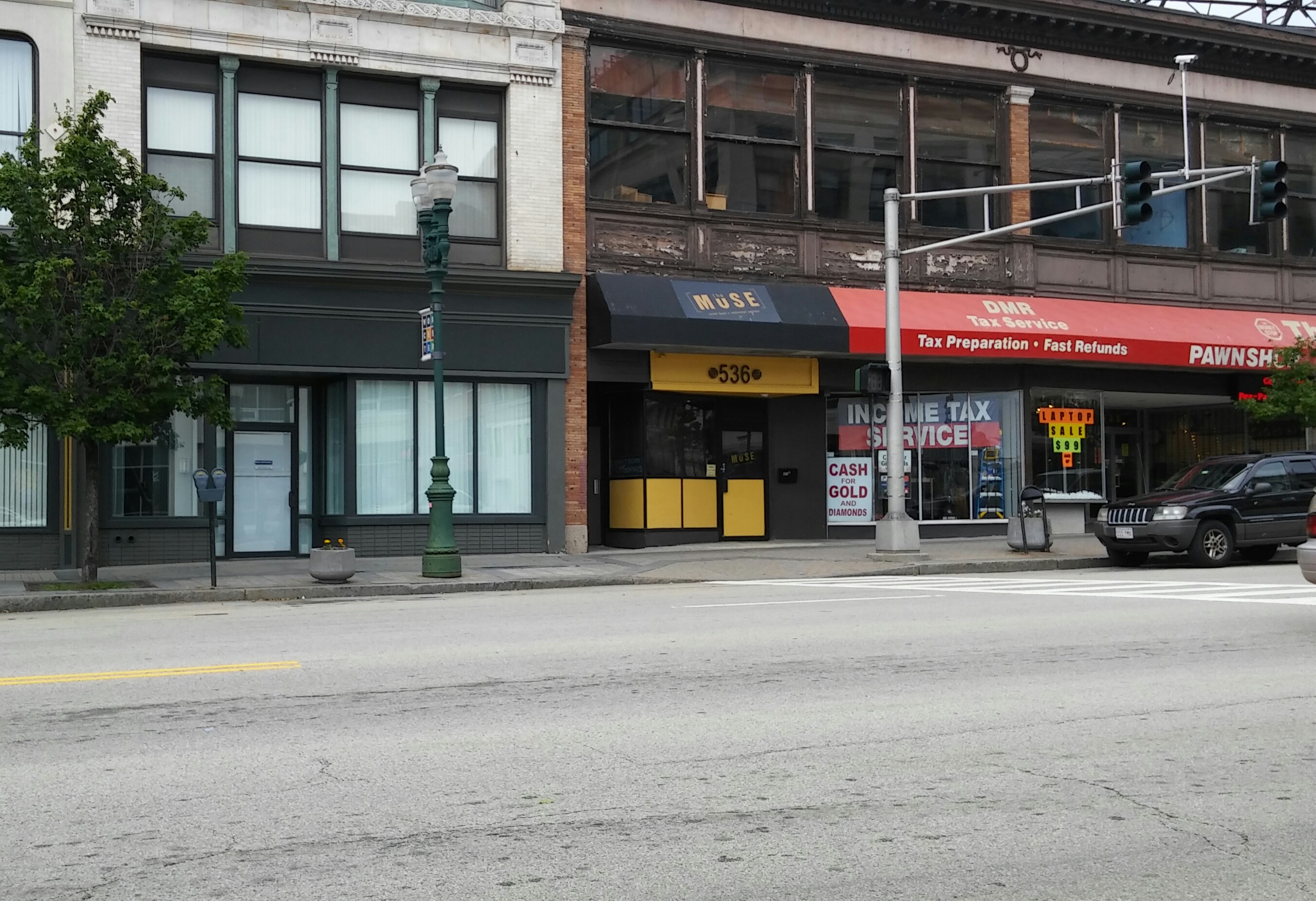 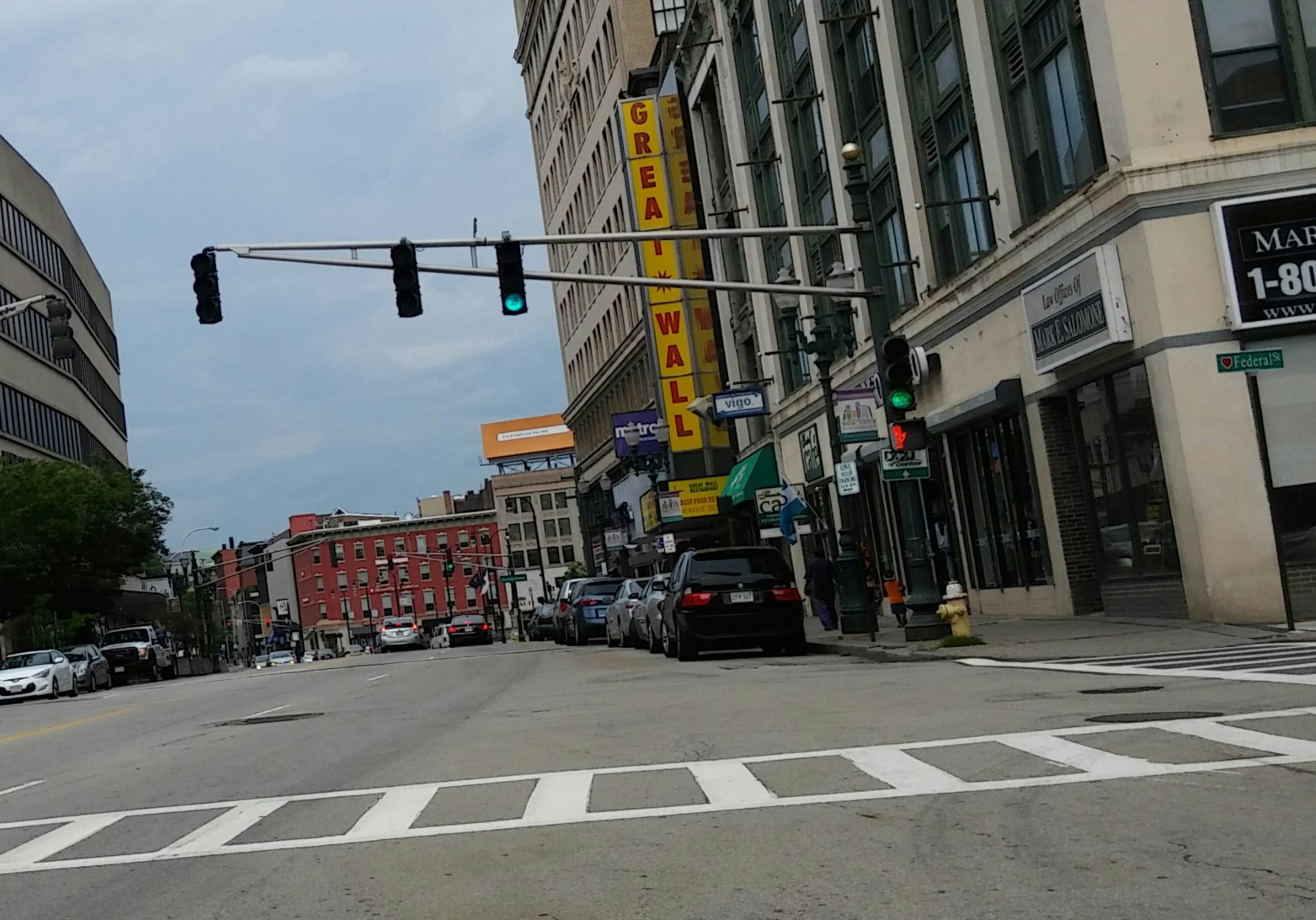 Ha! What a coincidence! While most of us will be out buying tofurkey for the holidays – or driving to visit relatives in farflung cities – the City of Worcester will be doing very important business – business that will impact downtown Worcester for years, business that will determine the fate of our working class! Our leaders will be discussing (or: rubber stampling): the city’s new affordable housing plan and downtown theater district plan.

This is city business! This is OUR business. It is business that we all need to weigh in on! I downloaded the link (click on the blue numbers below), but here is the “agenda”: straight from the jackass’ mouth!

CLERK OF THE CITY COUNCIL

1 . Communications of the City Manager

Study, as prepared by RKG Consultants, the Analysis of Impediments to Affordable

Housing, as prepared by 12 Community Development Consulting, Inc. and a

recommended Housing Strategy, as prepared by the Executive Office of Economic

Transmitting informational communication relative to the property located at 5 May

to the Theatre District Master Plan.

equity in housing in Worcester.

Many thanks to Barbara Haller for speaking out and supporting the CDC’s in Worcester [ICT, V. 13, #5]. As to Dots 1 and 2 [in her op-ed piece], there is no question that the downtown area [of Worcester] is the “hole in the doughnut” and in need of attention. I believe however that the “The Downtown Worcester Theater District Master Plan” is seriously flawed.

Earlier this year the Worcester Business Development Corp. hung a large banner on the wall of the YWCA proclaiming that: “The Answer is Downtown”. The Question is unstated, but I believe we are being asked: “What is the Purpose of Worcester’s Downtown?”

For more than 25 years I have parked in the Federal Plaza Garage and walked down Main Street to my law offices, located at different times on Pleasant Street, Mechanic Street and for the past ten years, Front Street, but all within a block of City Hall. Each of those buildings is now an empty shell of what they once were.

During this time I have witnessed the gradual exodus of professionals from downtown: the doctors, the dentists, and the accountants. Lawyers remain because the Federal and state courthouses are on Main Street.

As demand for office space has declined, so too have the rents landlords can ask. Rental income is often insufficient to properly maintain the office buildings, assuming their owners have a genuine desire to do so. A spiral of neglect encourages existing tenants to leave, and discourages prospective tenants.

The new bus hub near Union Station has deprived the small businesses clustered around City Hall of many of their customers, and seriously inconvenienced users of what little remains of public transportation in the second largest city in New England. The Bus Hub is another example of top-down, well-intentioned planning that failed to include the stakeholders in any discussions of the WRTA’s plans until it was too late, and the decisions had already been made.

The retail businesses that do remain cater to the people who presently live downtown, who in turn are attracted by relatively low rents.

The underlying hope of the Theater District Master Plan is to attract other people to live downtown and support local restaurants and retail businesses, transforming what was once a retail and central business district into a mixed use environment anchored by higher education, and populated by students and employees with money in their pockets.

Attracting educated professionals employed by UMMC and the city’s colleges and universities is an ambitious goal. As long as the school systems of the surrounding towns are rightfully perceived as being superior to Worcester’s, professionals with children will probably choose to live elsewhere.

Some small business owners have proceeded on faith. The former Red Baron is now Jak’s Pub offering craft beers, and the Theater Cafe has tied its hopes to the Hanover. But the Hanover Theater is dark more often than not. Small restaurants and cafes will not survive in such an environment, and they lack the means to serve large numbers of people wanting to eat at the same time. One theater is not a district. In fact, there are seven existing theater and performance venues downtown. Plans for a large restaurant next to the Hanover have been put on hold – the numbers simply do not work.

Over the years many restaurants have come and gone downtown. Friendly’s, McDonalds and Burger King all closed their Main Street operations. The eateries that do remain cater to downtown office workers, and close in mid-afternoon – and they are not near the Hanover Theater.

Successful downtown areas are characterized by pedestrian friendly design. WBDC’s proposal to build a new parking garage on Portland and Myrtle Streets needs more scrutiny. A four to six story garage would dominate the existing area, and alter the scale of the neighborhood.

Perceptions of personal safety in large garages are critical to their success. The garage behind the former Galleria was notorious for the fear it created among women patrons. Federal Plaza Garage works because there are clear lines of sight from the elevators over the entire parking floor. Exiting the Federal Plaza Garage is a challenge that could be solved by converting Chatham Street to two-way traffic between High Street and Main Streets.

Merchants correctly claim that there is a need for additional short-term parking downtown. Small-scale attractively landscaped lots are more desirable than the large multi-story structures that have been recently built, and they encourage people to run in and out for quick errands.

Rather than being gerrymandered into a “Downtown Worcester Theater District Master Plan”, commercial “problem properties” should be targeted for Fire and Code Enforcement, and purchased if necessary. While aesthetics are difficult to regulate, billboards do not belong in the downtown area.

Working in Downtown Worcester is like living in a chronic state of emergency. The incessant stream of siren-wailing ambulances needs to be re-routed off Main Street, perhaps up Myrtle Street and then onto Francis McGrath – Worcester Center – Major Taylor Boulevard, all of which have minimal pedestrian activity, to the hospitals.

Perceptions of public safety are shaped by seeing other people on the street, not more uniformed police. The Common should be policed by officers on bicycles or Segways – not on motorcycles which are both a safety hazard and ineffective; police cruisers should not be driven and parked on the sidewalks around City Hall. The more people on the street at night, the safer an area is perceived to be. Similarly, the presence of women and children increases the perception of safety.

At the end of the day, small improvements of modest cost will do more to improve the downtown experience. For example, around the Hanover Theater there is no sidewalk on Main Street in the Federal Square park area, which forces pedestrians to walk in the street. The surface of the park area used by theater goers who park in Federal Plaza Garage is uneven and needs to be replaced. The fountain, which was improperly winterized, is now the most expensive planter on Main Street and ought to be repaired.

Staffed, clean and safe public rest rooms, rather than unheated Porta-Pottys, would attract more users to the skating rink and other events on the Common. A Tot Lot on the Common, and family-friendly activities and amenities would do much to improve the attractiveness of downtown Worcester.

Philip M. Stone is an attorney with offices in Downtown Worcester. He has served as an active member of the Board of Worcester Common Ground, Inc. since 1994. Parking, ice hockey rink, Trader Joe’s … . What will we have foisted upon us as city leaders seek to revitalize downtown Worcester? One thing is for sure, we need a CITY SONG. The state of Massachusetts is coming up with an appropriate state song. We think this gem is PERFECT for Worcester. Captures the true spirit of the place. Click on first link to see Theater District master plan. Click on link below photos to hear the song I would nominate as Worcester’s Theme Tune. – R. Tirella 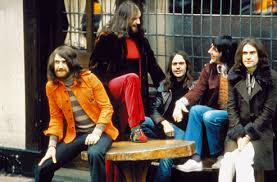 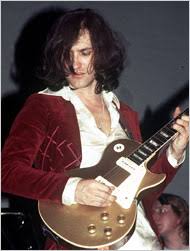