City Manager Mike O’Brien’s report to the city council. Click on link below:

At some point, City Manager Mike “The world is my oyster, right?” O’Brien will take time out to tell the City Council what a big hit the Ice Oval is. Click on link below to see what he will present/say to the council (go to tool bar and hit 100% to enlarge the font.) Especially galling: O’Brien crows that he has gifted the lower classes with a free skating day now and then on the Ice Oval so Worcester Public School students can skate on THEIR and THEIR PARENTS’ common! Elm Park and other schools have taken advantage of  O’Brien’s special days for poor kids. Noblesse oblige, courtesy of Worcester’s very own Ebeneezer Scrooge.

Song for City Manager Mike O’Brien. Click on link below: 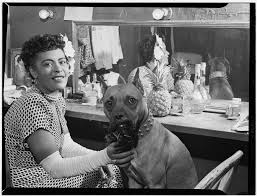 Where is the America I knew? I came here in 1941; this was the only country still taking in refugees, and we got in at the last minute (two months before Pearl Harbor). The U.S. quotas were full, and we were saved only because FDR established a special quota for “political refugees.”

The America I found was still struggling to recover from the crash of 1929, which finally ended when we entered World War II and the government went into full war production.
At that time, the America I knew was governed by two kinds of people: the usual politicians, beholden to various pressure groups, and the statesmen, the REAL public servants who truly wanted to work to better the lot of all people.

It was a time when “the customer was always right”, when banks were a service (not a business) as was the U.S. Post Office, and he teachers, policemen, and firemen were all public servants whose jobs were not expected to make a profit, but were legitimate expense that taxes were used to support. Most Americans agreed that an education was a valuable asset, and all of us looked up to our teachers and learned what we were expected to learn….

The airwaves were the property of the public, and stations were required to renew their licenses every three years, after consulting their publics as to how satisfied they were with the offerings.

Corporations were creatures of the state, chartered to do business according to certain rules and charters could be revoked under certain conditions. And under Teddy Roosevelt, the antitrust laws were rigorously enforced, so that no corporations could become big enough to sink the economy again.

How did were change so much that money is now everything? That “we know the price of everything and the value of nothing”? That lying has become an accepted national art (as advertising becomes more and more ubiquitous and more exaggerated), and that even freedom has a price? How have we come to accept the idea that government, which is usually all that stands between the individual and depredations of those who seek power over us, is blamed for our ills.

There is not a rule or law that has been passed that was not the RESULT of some citizens’ request for protection. Maybe we overdid it, passing laws to respond to single cases (which could be reversed if needed), but at least the individual in America could always expect his government to respond to him (unlike his employer), and to protect him overseas.

Now we are subject to the whims and greed and power mad urges of the very rich, many of whom inherited their money from parents who actually earned their money. Not one of them has invented anything, as all the inventors I know of began with hunches and ideas, often tinkering for a long time in garages and studies or labs, surviving on government grants, the support of the family or schools until they invented something that succeeded in making them rich (like Bill Gates and Steve Jobs).

Where did this vagrant notion originate that if we throw more money at those who already have too much they will suddenly become creative and inventive? There is no evidence that they will do anything except to squirrel away more money, buy more expensive “toys” and such more assets out of smaller businesses, while overcharging the taxpayers for their services.

It is high time that the American people stop to think, reverse the deadly course we are on, and once again become the America that was once a beacon to other nations. The preamble to our constitution begins with the words: “We the people”, not “We the states” nor “we the corporations.”

Tough, smart, classy, fearless. Konstantina Lukes, former mayor of Worcester, and one of 2011’s mayoral candidates, goes toe to toe with the boys in this boys town. She is not afraid to stake out her own territory – yet she will listen and evolve. (Lukes gave City Manager Mike O’Brien a perfect score during his job evaluation this year, after being a friend of former Worcester City Manager Tom Hoover and hating the way he was pushed out of his job.)

She is anti-chicken but pro-homeowner, voting for lowest residential tax rate for years and years (unlike opponent Joe Petty, who will most likely vote to raise it).

Konnie is fun – even though many people think she isn’t.

Konnie is progressive. If it weren’t for Konnie Lukes (acting as head of the Worcester School Committee, when she was Worcester mayor), the Worcester Public Schools would not have Melinda Boone, PHd, leading our schools. The first female, African American school superintendent for Worcester, Boone is the epitome of professional. She is also caring and committed to all the students in the WPSchools -white, brown, black.

Konstantina Lukes was a cool mayor last time around. People thought, when Lukes was elected mayor four years ago, that she would be a bit tough to handle. She wasn’t. She worked with everybody, treated everyone with respect, opened her office doors to all. She represented our city with grace and spirit. She attended ceremonies but she also did the day to day stuff – not very sexy but necessary.

This time around she promises to be a full-time mayor once again – unlike Petty who has a full-time job in Boston. (If you count the 45-minute commute to Boston in the a.m. and p.m., Joe Petty will be missing from Worcester for 10 or so hours a day, courtesy of his Boston job. That’s pretty much daylight hours!)

And unlike th e T & G, we do not think Petty is “well-spoken.” We actually think he is inarticulate – watch the City Council meetings and you’ll see for yorself. Konstantin Lukes is well spoken! She can speak passionately and eloquently about anything – using complex, compound sentences! (something Joe Petty has yet to master!)

And finally, to all you gals out there, when a woman wins, we all win. When a lady like Konnie – a lady who is no handmaiden, a lady who is strong and strong-willed – wins elections – without have to be goofy, whorey, kiss-upy, when a lady wins political office being exactly who she is, that is a WIN for all of us strong-willed ladies. You know, the ladies who color outside the lines sometimes. The ladies with dreams. The ladies who don’t define themselves through men.

When a woman like Konstantina Lukes wins, all women of all shapes and colors and personal preferences win. In the work place, in society, even in our own families.

Tuesday, make the world (and Worcester) a better place, please vote for Jim McGovern, one of America’s (in our humble opinion!) best congressmen!

This election cycle incumbent Jim McGovern is up against nutty/racist/cynical Tea Bagger mouthpiece Marty Lamb. Anti- social security, civil rights laws, department of education, etc, etc Lamb makes my blood boil! I damn near wanted to mow him down as I was driving by the DCU Center and Lamb just walked in front of me, arrogant and out of touch – on his way to one of his fake, paid-for-by-the Tea-Party commericals/debates.

“Ugh!” I screeched to my little dog Jett, who is a boon companion and goes everywhere with me. “Pup!” I said, as Jett looked out the car window, “It’s Lamb!”

And then I got depressed about the cynical, racist wave that Lamb and all the other extreme right-wing candidates in America are riding this election cycle. But, I truly believe, their bullshit won’t stick here. END_OF_DOCUMENT_TOKEN_TO_BE_REPLACED

It equals one-half of all state spending on our 1,900 public schools. END_OF_DOCUMENT_TOKEN_TO_BE_REPLACED