It’s great to have a “special” connection to our readers – the sweet and the snarky, the erudite and the average, fans and smarty pants. We love ’em all! After 11 and a half years of publishing InCity Times, we do a lot of sharing. Here is a letter from a reader who questioned my p. 7 story in this issue of InCity Times – “Slagging my neighborhood.”  He didn’t have anything to say about the developer but wanted to talk about other stuff – the smarty pants. Here’s the email/smart phone exchange. How ever, this turns out, I want him to keep reading ICT. – R. Tirella:

Let’s talk about your Uncle “Joe”.  First thanks go out to him for his service
to this country during WW II.  Second, as a Naval Lieutenant he did not command
a battle ship.  You used all capital letters in the December 14-27, 2012 edition
of In City Times, COMMANDED A BATTLE SHIP IN OKINAWA.

World War II battleships generally had a complement of between 2200 and 2900
officers and men.  They would not be commanded by a 20 something lieutenant and
this is not intended to insult your Uncle Joe.  Because you reference “battle”
“ship” as two words and not the single “battleship” indicating the largest
warship in the US Navy at the time of WW II, Uncle Joe might have be assigned to
a much smaller sized ship.
>
>A battleship, such as the USS New Jersey, generally was under the command of a
Captain, officer grade O-6.  Uncle Joe as a lieutenant was either an O-2 or O-3
grade.  Any one that is in command of a naval vessel is referred to as captain
regardless of official rank, officer grade, title.
>
>If I had to offer a guess, I would say that uncle Joe may have been assign to a
vessel as small as a PT boat, the same as JFK in WW II, perhaps a minesweeper,
oiler, seagoing tug, supply ship or other support vessel.

It doesn’t matter as long as he carried out the assigned duties that went with
his rank and position in a professional manner and to the best of his abilities.
He returned home safe and deserves thank and appreciation.

Hi. I have pics of my uncle. He was an officer. The pics have him in uniform. He was a Holy Cross graduate. The Bishop of Springfield put him through college because my mom and her two sisters were the Bishop’s housekeepers for a decade. College grads were officers. Sorry. If you want to meet at library some time, I will show you the photos. 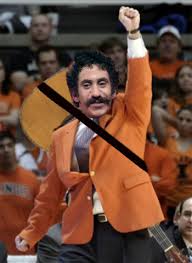 Anyways, a song for my Uncle “Joe.” My mom, who passed away this summer, loved him so much! He used to take her to Red Sox games and taught her how to draw – the Red Sox players, of course! I wish I could find the large number-2 pencil drawing of a ball player swinging at a ball she sketched more than half a century ago … Click on link below to hear one of my mom’s favorite songs. Her tastes in music were wide-ranging!  – R. T.
http://www.youtube.com/watch?v=I1YxczPEPrs&feature=youtube_gdata_player
My mom’s favorite Red Sox player, TED WILLIAMS:

Boston – The Department of Veterans Affairs Boston Healthcare System and Bedford VAMC are partnering with the MA Department of Veteran Services and the community to host a benefit and job Expo for those who have served our nation. The Veterans Expo will have many federal, state, and local agencies on hand to explain benefits and programs available to assist Veterans with their transition back into civilian life.

“This event will bring together many government service agencies under one roof to assist our returning service men and women with navigating the often-times confusing benefits process,” said Michael M. Lawson, Director of VA Boston Healthcare System. “These men and women need jobs, support, and answers to their benefit questions; this is just the venue to provide that and much more.”

The Expo will also feature seminars throughout the day on Accessing VA benefits, Life after Deployment, Women Veterans Healthcare, Financial Planning, Communication for Couples, and more.

“Veterans have earned a wealth of benefits from their government and their communities. Ready access to those benefits is an on-going task and the VA Outreach team is there to help our Vets clear a path right through those obstacles,” said David Hencke, Outreach Coordinator for VA Boston Healthcare System. “This Expo is a high-energy, resource packed afternoon for anyone who has ever worn the uniform as well as their families and friends who support them.”

Veterans should bring their resume and proof of military service as there will be many businesses in attendance looking to employ Veterans. In addition, over 40 support agencies will be attending including the Mass. Department of Veteran and Career Services, Veterans Inc., US Department of Health and Human Services, American Consumer Credit Counsel, Army Wounded Warrior Program, Military Family Life Consultants, MA Spiritual Strength Network, Veterans Upward Bound, the Yellow Ribbon Reintegration Program and many more. For a comprehensive list of businesses and agencies that will be at the Expo visit our web site www.boston.va.gov.

While at the Expo, Veterans will be able to enroll for VA healthcare and meet with representatives from the Veterans Benefits Administration to learn about VA Home Loans, Educational / Post 911 GI Bill Benefits, VA Non-Service Connected Pension Benefits, Service Connected Compensation Benefits from injuries related to military service and Vocational Rehabilitation & Employment (VR&E) Benefits. In addition, Veterans will be able to enroll in eBenefits which is a collaboration between the Department of Defense and VA. Our online eBenefits is a one-stop shop for benefits-related on line tools and information.

The Expo is free and will be held at Bunker Hill Community College, from 1 p.m. – 8 p.m. on June 20th, at the Multi-Purpose Center, Building G, 250 New Rutherford Ave., Boston.

Join us as we celebrate our Brothers and Sisters in the Armed Forces. Learn more about the Buffalo Soldiers with Trooper Joe Glover. Taste the food that the Buffalo Soldiers ate on the plains. And hear the songs they may have sung or music they heard traveling back in the late
1800s. We will also be hearing from soldiers, past and present, about their experiences on
the front line.

Hope to see you come out and support our Freedom Fighters past and present! Peace!

Boston – On Wednesday, November 2, the Executive Office of Labor and Workforce Development (EOLWD) and the Department of Veterans’ Services (DVS) will partner with Suffolk University to host a free Career Seminar for job-seeking veterans.

The full-day seminar, “Marketing Your Military Service,” will provide the advice, resources and tools necessary for job-seeking veterans to properly maximize Massachusetts’ resources available for veterans entering or returning to the workforce.

Secretary of Veterans’ Services Coleman Nee as well as Suffolk University’s Acting President and Provost Barry Brown will be on hand for opening remarks. Secretary Nee will then lead the first panel of the day.

The day will conclude with individual resume reviews facilitated by representatives from EOLWD, the state’s One Stop Career Centers and Suffolk University human resources professionals. Participants are encouraged to bring resumes and cover letters for review.

Refreshments and a complimentary lunch will be provided.