WCCA TV staff, producers, interns and volunteers show their support of WCCA TV, as the Public Access TV Channel is moved by Charter Communications to Channel 194 on the cable line-up in Worcester.

In spite of the Worcester City Council and the City Manager’s requests, and after more than 20 years as Channel 13, Charter proceeded, with no technical reasoning given,  to relocate the PEG channels.

Send us your slogan!

Those who submit will be eligible to win a mystery prize, if your slogan is selected .

There has been a lot of talk about the upcoming merger between Charter and Comcast, and the general feeling is that it is a “done deal.”

How is it that we the viewing public have been sold , apparently without previous input, to what several Worcester city councilors at the October 14th city council meeting described as “the worst company in the U.S.”?  And in a couple of months, the local and public access stations will be moved to the back of the bus – the educational channel (now #11) will become 191; the government channel, where we watch council and school committee and subcommittee meetings, and receive news about things of interest to residents in Worcester (now #12), will become #192 …

Because, of course, it is all about the bottom line. And service to the public is not what this is all about.  (Disclosure: I am especially concerned, as I host a TV program called “SeniorSpeak” on the present WCCA TV 13.)

How did we get to this point?

When I came to America in 1941, the airwaves belonged to the public.

The communications act of 1934  was quite clear about how our air was to be used: stations had to be licensed, and had to renew their licenses every three years, and they were required to offer proof (testimony, letters, etc..) that they were serving the public interest. There were lots of stations, offering a variety of programs, serving varied populations all over the U.S.

But a set of trends was slowly let loose, which increasingly took away what used to be services for us, the people, and put them into the hands of the “bottom-line crowd”. Service became an incidental sideline, and all that mattered was the bottom line – enriching the investors and providing just enough to keep the company alive and growing. And so, much of what I remember as “services” became “businesses”. Banks, health care, schools, postal service – local newspapers, your corner drugstore, your grocery, your butcher, your hardware dealer –  all were our friends and neighbors, and were not totally consumed by the pursuit of the almighty dollar.  Of course, the monopolists were busy trying to consolidate, eliminate the competition, drive down wages and benefits, but antitrust laws were in effect and by and large were not allowed to grow “too big to fail.” (Where is Teddy Roosevelt when we need him?)

I was really proud of our City Council on Tuesday, October 14th: even though it was already pretty much out of their power, they discussed the ramifications of this merger, the track record of Comcast, and the whole history of our service here, and voted to oppose this merger. They took a moral stand on behalf of us, the public, whom they are pledged to serve.

Comcast has deep pockets, and has spread money around in Washington, but for some strange reason I am beginning to feel hopeful that from moves like this will grow a groundswell of opposition to these takeovers. Now, let’s really get on the media and force the FCC , FTC and Justice Department to do their jobs on our behalf.

Worcester has a long history of revolting – and starting something … 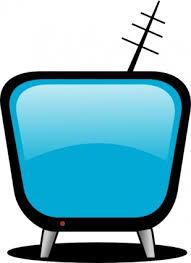 During the taping of the program the Governor made 2 announcements creating opportunity and growth for residents in central Massachusetts. This announcement included $15.9 million dollars funding to benefit the building of a new Academic Center at Quinsamond Community College, which will support the campus’ growing enrollment and also he announced $14 million dollars of funding to support the Worcester Regional Transit Authority maintenance facility. a new state-of-the-art WRTA maintenance facility will support the region’s public transportation needs.

WCCA’s “SOAPBOX”, hosted by Mauro DePasquale, is one out of numerous presentations produced at TV 13. This Monday, “SOAPBOX” has shot 8 episodes today. In this one morning and afternoon, this one program alone will provide 11 people with valuable outreach and the opportunity to share their story, views, discussion, talent, events, to the benefit of ALL of Worcester’s cable and Internet viewing audience. Tune into WCCA TV 13 for upcoming listings of each of these episodes. Over 910 episodes have been produced to date.

Ask the FCC to stand with in our fight to stop cable and phone companies (AT&T, Verizon, Charter, Etc.) from undermining and marginalizing PUBLIC ACCESS by excluding viewer guide program information . Let’s ensure public access institutions such as WCCA TV can continue and even improve capacity to carry relevant information and community programming and that it is truly accessible to all. Hear Amy Goodman and Mitsuko Herrera, policy adviser for Montgomery County, discusses the strategic value of PUBLIC ACCESS Television and the need and importance for people to access public access content information . PUBLIC ACCESS reflects the interest of the community and empowers all individuals and organizations who utilize it. It is a community institution that merits to be fully funded, and needs to be truly accessible to community, and ALL viewers.

The city’s Cable Advisory Committee will be conducting a Public
Ascertainment Hearing on Wednesday, July 25, at 6 PM at the Worcester Senior Center.

PLEASE make every effort to attend. It is important to have WCCA Board, Volunteer members, staff, and supporters there that evening.

The CITY Administration needs to hear from YOU.

Let the City know your need to see this public access station continue
with a capacity to meet and sustain the needs of this community and
community programming, the free to low cost training, the continuation
of youth programming, and of course the thousands of hours of culturally
and socially diverse programs that YOU present and create. No other
station or channel reflects YOUR interest as much as WCCA TV does. It
takes a state of the art facility, staff support, tehcnology and
resources to do that.

WCCA TV gives you access to produce and present and share your voice
directly on television. YOUR place to LEARN( TV production and
distribution), CREATE ( Produce and present full fledged television
programing seen on channel 13), and CONNECT ( with our community on
cable and online-around the world).

So far, after surveying and polling most of you, WCCA’s has determined
priority needs to help us best present YOUR voice are as follows. PLEASE
ASK OUR CITY COUNCIL, MAYOR, CITY MANAGER, and the CABLE ADVISORY to
work to ensure the following bullets for your convenience:

The People want to see a long term, ten or more year cable franchise
contract included for WCCA TV.
The People want to see assurances from the City Manager that cable
franchise license will include increased Capital grant for WCCA,
which is needed in order to make appropriate studio and facility repairs
and expansion.

The people want assurances that the city will increase the percentage of
funding allocated to WCCA public access. TV BY THE PEOPLE should be a
priority, to ensure WCCA can expand it’s staff to meet increased request
for events and program coverage throughout our community. (REMEMBER THIS
IS NOT TAX MONEY FROM THE GENERAL FUND. It comes from the CABLE
COMPANY/CARRIER as a set aside for Public access.)

The people want to see the city’s cable franchise carry conditions which
will allow WCCA TV to distribute it’s content throughout the cable
carrier system, beyond Worcester’s borders on it’s own designated
channel managed by the station.

If you can not attend on July 25th, please send us a letter expressing
your support. We will be sure to forward it to the city.
Write to: WCCA TV 415 Main , ST. Worcester, MA 01608
WCCA TV is YOUR voice we can not continue with YOU.
If you have any questions please feel free to contact me directly at
508-755-1880 ext. 11

Thank you for your support.
On behalf of the Board of Directors and members of WCCA TV 13
Mauro DePasquale, Executive Director
WCCA TV 13, “The People’s Channel”
415 Main Street
Worcester, MA 01608

Just think, there are dozens of shows produced by the community at WCCA TV that are just as robust as the following one. The WCCA-produced show Beacon Hill Chat is hosted by Massachusetts State Senator Harriette Chandler. She has been hosting the show for more than a year. Beacon Hill Chat is a program that brings interesting people talking about interesting subjects to you.

Here are just a few of the more than 30 interesting people Senator Chandler has interviewed: District Attorney Joseph Early- James B. Leary the Associate Vice Chancellor for Community Affairs for the University of Massachusetts Medical School- Dr Melinda Boone, the Superintendent of the Worcester School System- Erin Williams, the Cultural Development Officer at the Worcester Cultural Coalition- Mary DeFeudis, the recipient of the 2010 Isaiah Thomas Award of the Worcester Telegram’s Visions Community Awards. You can watch Beacon Hill chat Sunday at 4:30pm, Wednesday at 10:30pm, Thursday at 11:00am and 8:30pm on WCCA channel 13.

No other other TV station anywhere produces as much non-repeated, first-run LOCAL programming about Worcester as WCCA TV 13. More than a TV station, WCCA TV is a community resources.

Thanks for your support.

Each candidate will be given five minutes to inform the viewers about their agenda/platform and qualities and criteria worthy of voters consideration. Time slots are available on a walk in, first come, first serve basis.

Upon your arrival you will fill out a release form printing your name clearly. Each candidate will begin by stating their name, party affiliation, and office they are running for and proceed accordingly from there to fill the remaining five minute block.

Each recorded block will be produced for cable and web casting on WCCA TV 13 channels. And will be played numerous times throughout the month until the November election.

Looking forward to seeing you on WCCA TV 13, The People’s Channel – “Channeling Community since 1986”!

The Community Access Preservation Act was introduced October 7, 2009, by Representative Tammy Baldwin (WI-2). It is an a important piece of legislation for Public, Educational and Government (PEG) Access Centers.

What Will It Do?

Much stronger language is need to guarantee funding assurances for non-profit public access institutions, such as WCCA TV. However, this is a good first step. 1. It removes the distinction between “capital” and “operating” in PEG support fees. PEG support fees that are collected from subscribers by the cable operators can only be used for “capital and equipment” and not for operational overhead.

The CAP Act will eliminate that part of the Telecommunications Act that prevents PEG centers from using PEG support for their operating expenses.

Right now, access centers are having to close their doors because, even though they receive money for buildings and equipment, they do not have or are losing money for operations. The CAP Act will allow centers to spend the PEG support fees as they see fit to keep the centers open and keep the channels on the air. END_OF_DOCUMENT_TOKEN_TO_BE_REPLACED