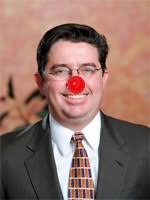 It’s interesting: Next week, when we hear City Manager Mike O’Brien present the city’s NEW affordable housing policy to the city council – a new way of creating affordable housing in our inner-city neighborhoods (or doing away with it when he kicks the CDCs to the curb) –  it’s important to note that the new policy was/is pretty much being driven by/almost written by Bill/William Randell (local inner-city package store owner) and his pals, who for years have been hammering away at the CDCs, calling them makers of NO/low housing … the makers of Worcester slums.

In fact, it is the other way around. For years, folks have been calling Billy Randell the slum lord. Owning more than  50 rental units in the city, Randell, who doesn’t even live in Worcester (he lives in Holden) has been at the government trough as intensely as he believes the CDCs are.

Randell gets Section 8 tenants to rent his apartments – which can earn him as much as $950 a unit. Thank you, federal government, for supporting … Bill Randell (quite handsomely, we say!). Most of these folks are poor and without jobs. They are not working class folks who,  as Billy and his people like to say,  “contribute” to the city in meaningful ways  – the people Billy and his pals claim they want to support. They say they can do this, change the face of Worcester’s inner-city, if City Manager Mike O’Brien funnels more city/tax money to them to build or rehab three deckers. So they GET federal money – your tax dollars- to build their private units – units that Randell will fill with the exact same renters he excoriates – federally subsidized Section 8 tenants. At $700 – $900 a unit/pop.

This guy is loathed by lots of city folks.

Other city neighborhood organizations haven’t wanted Randell on any of their boards – boards he wants to join. They call him sneaky.

One day I went to several city leaders re: the CDCs. Without even my asking, they made it a point to tell me that Bill Randell misrepresents the work they do and is a sneaky worm. I didn’t even mention Billy! They just all hated him and had to vent.

So it is the height of Randell worminess when he did this: His pal, fellow developer Paul Collyer, who lives on Chandler Street in a three decker he rehabbed (quite nicely), wanted to buy the three decker directly in front of his property.

Collyer wanted to buy the property to rehab it (nicely) and to lease the units to REAL working class folks – units that are at or below market rate. For instance, the Indian family that lives directly below Paul (in his three decker) are East Indian. The dad is a manager of an Indian restaurant. They pay Collyer $650 a month rent. For 10 years!!! Why? Because Collyer wants to keep/support blue collar workers in the ‘hood. They are clean and dependable and have a work ethic, he believes.

We think this is laudable, even though we don’t think many landlords are on the Collyer page (which is why we need CDCs!).

But I digress. Paul wanted to buy the old crappy three decker, in front of his three decker – rehab it and move forward.

Guess who engaged in a bidding war with Paul?

Guess who kept bidding and bidding and upping the price, knowing that Paul, his pal, really wanted that piece of property directly in front of his property (the three decker he/Paul lives in)?

Paul Collyer says he finally gave the owner of the property $160,000 cash just to get Billy off his butt. He won. But he wondered why Bill Randell, his “friend,”  worked against him. Just to up the price?

Paul said something like this this summer: Why would I want a Section 8 landlord (Billy) buying the house? I am going to rehab it the right way.

Paul Collyer said his and Bill Randell’s relationship has never been the same. The friendship is different – just biz.

Bill Randell: the brains behind the City of Worcester’s new housing policy.

Glad he had/has the City Manager’s ear, aren’t you?