Parks have been a part of Worcester’s history since the City’s founding.  The Worcester Common was the first land set aside by the town for common open space in June of 1669.  Today there are more than 60 Worcester parks and playgrounds and four City of Worcester beaches that cover 1,250+ acres of land! 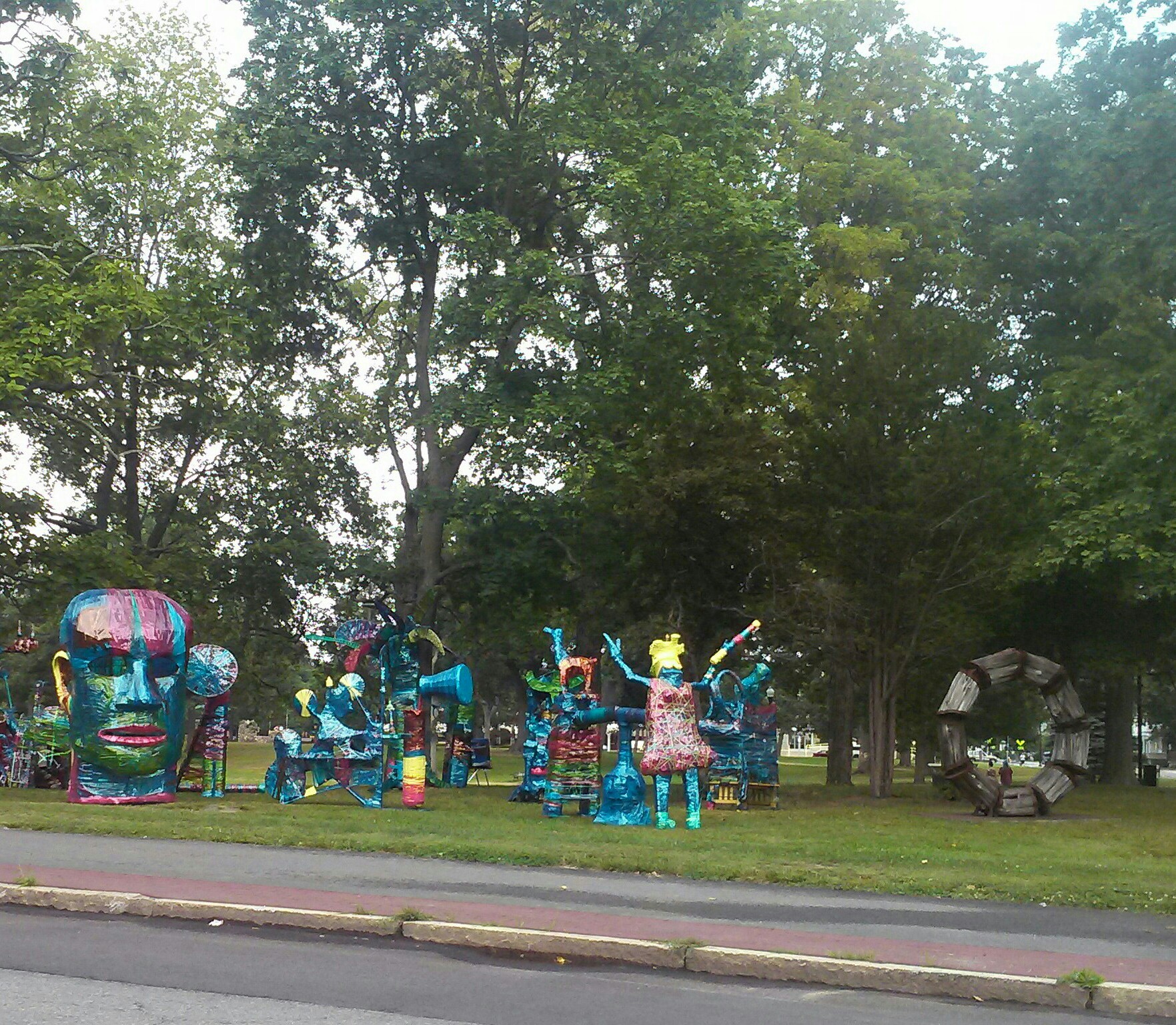 One of the cool sculptures at Elm Park, one of Woo’s loveliest public spaces! The Elm park Concert Series is held here! The FREE concerts are attended by hundreds of folks! They showcase local bands every Thursday evening during summer time! Sponsored by Park Spirit!

Park Spirit of Worcester, Inc. was founded in 1987 to “protect, promote, enhance and advocate for Worcester City parks.”  It was the brainchild of Thomas W. Taylor who was the Parks Commissioner at the time.  Because of dwindling funds for parks on the whole and the ineligibility of some parks for Community Development Block Grant Funds, Mr. Taylor felt that an advocacy group was a means of keeping the parks in good shape.  Joined by distinguished Worcester leaders such as Bob Bowditch, Ed Simsarian, Joan Bagley and Phil Reid, the ground work was laid for a strong citizen’s group.  Soon neighborhood leaders from all around the City joined in “Preserving the Parks.”  The group lent support to the creating of the” Parks Gift Catalogue” and “Artworks in the Parks.”

Park Spirit is still flourishing in 2015.  Besides its own activities, it also serves as a fiscal agent for smaller groups that want to work on activities in certain parks.  One such group is The Friends of Newton Hill, headed up by Rick Miller.  As a member organization of Park Spirit, it is composed of neighbors, students and local business volunteers.  This group is also dedicated to advocating and maintaining the natural beauty of its trails and paths.

One of Park Spirit’s signature events is the Annual Elm Park Summer Concert Series which began Thursday, July 9, and runs every Thursday evening through August 13.  The opening concert was the Beatles Night with “Union Jack.”  The next concert, a swing soul night, took place on July 16 and featured the “Love Dogs.” It was country night on July 23 with Nashville Recording Artist Mychael David and the “Help Wanted Band.”

Up for July 30: Classic pop night with the Dinosaurs!

A 20 piece swing band, “The Milford Jazzy Machine Orchestra,” will entertain on August 6.

The final concert of the summer series will take place on August 13 with the maximum rockin’ rhythm of the “Silverbacks”!

Admission is FREE for all concerts!

Dorothy “Dottie” Hargrove, President of Park Spirit, encourages everyone to enjoy a fun-filled evening of music and camaraderie in beautiful historic Elm Park.

To join Park Spirit of Worcester, Inc. go to www.parkspirit.org and become a “friend of Worcester’s Parks.”