The more things change, the more they remain the same.

But when the Worcester City Council on June 14, 2016 unanimously approved the Urban Revitalization Plan, a page in the display package at the meeting entitled “Primary Development Opportunities” listed the library parking lot as the fourth among seven top “opportunities”. Among the projects considered less an “opportunity” by city officials include the old Paris Cinema and Filene’s building.

The library parking lot is not a behemoth straddling any downtown arteries. The area available to the public contains approximately 400 parking spaces, of which approximately 175 spaces are set aside for Quinsigamond University students at the school’s downtown Worcester campus.

The Urban Revitalization Plan is one of the most audacious – and complex – redevelopment programs city government has ever put forward. The blueprint encompasses 118.4 acres of land with 380 properties in the downtown Main Street corridor, will cost an estimated $104 million, create 1,100 construction jobs over the project’s twenty year lifespan, and 1,400 permanent jobs.

“The plan has been developed over the past year by the City of Worcester and Worcester Redevelopment Authority [WRA], in conjunction with consultant BSC Group, with significant public input. A Citizen Advisory Committee, made up of 15 representatives of the community, helped shape the plan over the course of 10 public meetings,” asserts the city on its website. “The urban renewal program invests the WRA, as a designated urban renewal agency, with certain powers to catalyze development within an urban renewal area. Urban renewal powers include the power to determine what areas within its jurisdiction constitute decadent, substandard or blighted open areas, the power to acquire property through eminent domain and access to certain public funding sources.”

Past urban renewal took the form of a “scorched earth” gambit in which whole city blocks were bulldozed. The Urban Revitalization Plan is a “weed and seed” approach in which the city seeks to cultivate the rehabilitation of cityscape blemishes, which have deteriorated over time due to a lack of investment. If necessary, the city will use its imminent domain powers, subject to City Council approval, to take these eyesores and sell them to entrepreneurs with the wherewithal to rehabilitate them.

This endeavor, if successful, will regenerate the municipal center into a much cleaner urban core, with each distinct parcel harmonizing and strengthening each other as a whole, reviving jobs, tax revenue, and property values.

Few would dispute that the Salem Square main library is one of the city’s great gems. Reopened after $20 million in renovations in 2001 (including a 50,000 square foot extension), the library collection included, according to the Worcester Telegram, “520,000 books, more than 370,000 government documents, 72,000 microfilms, 46,000 talking books, nearly 8,000 videotapes and more than 1,000 magazines and newspapers.”

Capital upgrades since 2001 have made the Worcester library probably the best public facility of its kind in Central Massachusetts. With its self-service kiosks, automated book take-out and return scanners, and dozens of computers on the three public floors available free of charge to the public, it is a technically sophisticated marvel. The library is often packed with users, particularly the computer terminals. The strong police presence makes the most crime-adverse library customer feel secure.

Without parking nearby, the city could end up with another white elephant on its hands – a dinosaur that residents can’t access without walking several blocks from downtown parking garages, particularly in the middle of a nasty winter. As one board member of the Friends of the Worcester Public Library said at a WRA meeting: “Many patrons of the library have limited mobility or young children, parking needs to be in close proximity.”

After the 2012 plan was made public, opposition to the proposal grew, first in the InCity Times, then in the blogosphere, and then among city boards.

“Criticism of the plan has centered on a proposal to construct an ice rink in the municipal parking lot next to the library,” the Worcester Telegram reported on November 29, 2012. “A library task force has recommended against putting an ice rink there because of the impact it would have for library patrons, along with aesthetic concerns about how it would fit into the neighborhood.”

The Worcester School Committee opposed the plan. The minutes of their March 13, 2013 meeting record: “To ask that the City Council, in addressing the Downtown Master Plan, preserve the current parking lot behind the Worcester Public Library, for the benefit and well-being of the citizens – and especially of the children of Worcester – who depend on the library.”

In March 2016 Worcester’s daily newspaper reported that the city had approved plans for the hockey rinks on Winter Street in the Canal District.

The Worcester Library parking lot is not a “decadent, substandard or blighted open area”. It is a necessary adjunct to a thriving and safe city asset. There is a distinct possibility the Worcester Library might evolve into another Worcester Airport, an under-utilized fossil rendered extinct by the wrong decisions of city officials blinded by the Holy Grail of downtown development. 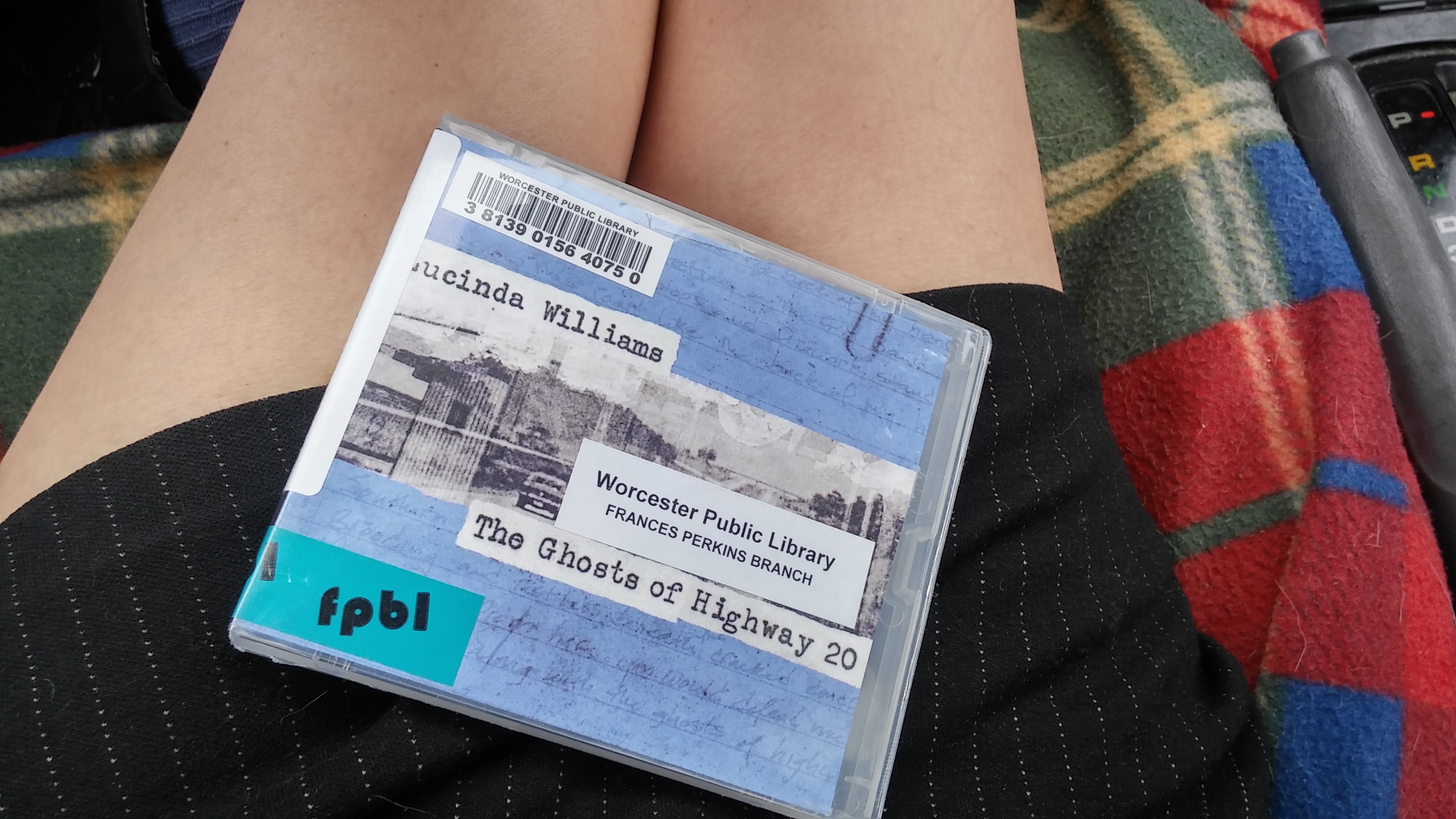 ICT editor Rosalie gets lots of musico at the library!

The 2016 Summer Reading program kicks off Friday, June 17 at all WPLibrary Branches and on Saturday, June 18, at the Worcester Public Library Main Branch.

This year’s theme is “Wellness, Fitness, and Sports” – with loads of free programs being offered through August 20 at the Main Library and all branches.

Participants are eligible for prizes for reading and participating in programs.

All ages are invited to sign up for summer reading at mywpl.org or at any library location.

“The 2016 Worcester Public Library Summer Reading Program will be all about healthy minds and bodies this year,” said Sondra Murphy, Youth Services Coordinator for the Worcester Public Library. “This year’s nationwide Summer Reading theme encourages participants to read, play, and exercise! Both reading and healthy activity are incredibly important for the development of young learners, and the Summertime is the perfect time to find a shady spot and read for fun!”

All branch locations will be hosting special kickoff celebrations with tons of fun, fitness & wellness activities.

and the One City, One Library Branches: Burncoat, Goddard, Roosevelt, and Tatnuck Magnet, will be holding their events from 3:30 to 5:30 p.m.

There will be crafts, games, entertainment, and health & wellness activities at each location.

The Main Library will host a kickoff celebration on Saturday, June 18, from 10:00 a.m. to 1:00 p.m. The event will feature refreshments, entertainment, games, crafts, and other family fun activities. The Teen program will include Henna tattoos and a giant bowling game.

“This year we are anticipating a huge turnout for summer reading, and we are currently planning all the great activities,” said Linnea Sheldon, Community Relations and Communications Manager for the Worcester Public Library. “Summer reading helps keep children excited about reading, and the events and incentives help keep them interested and engaged. It’s not just for the kids either. We have programs for all ages, so we encourage our entire community to participate.”

The Summer Reading Program is a fun and exciting way to keep the community reading. Special health and fitness-related programs will be held all summer, and readers of all ages are encouraged to track their reading online.

The adult program will offer classes on health and wellness, including learning about Superfoods, Tai Chi, yoga, and hula hoop, to help you on your fitness journey. 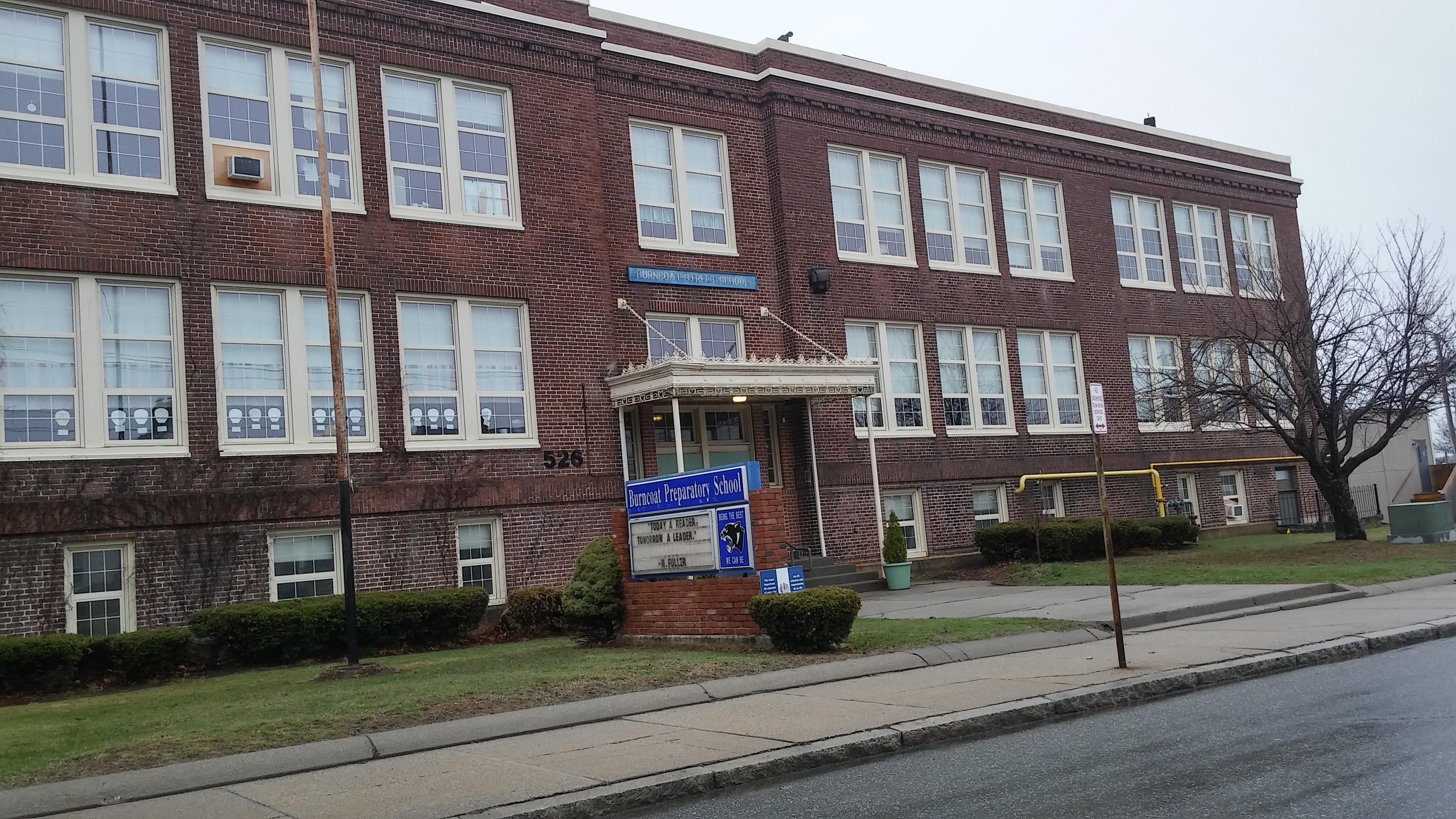 Newest Elementary School-Based Library to Serve the City of Worcester
as Part of the “One City, One Library” Initiative

WHAT: The opening of the Worcester Public Library Burncoat Branch at the Burncoat Street Preparatory School on Burncoat Street will be celebrated with a ribbon cutting and ceremony.One City, One Library is a private-public partnership focused on improving literacy skills citywide.

Additional hours will be added during the summer months.

These branches offer the wealth of resources found at the public library, including technology, new materials, and professional librarians, and bring them into our schools.

These resources are accessible to students and teachers during the school day. The library is open to the public when school is not in session. 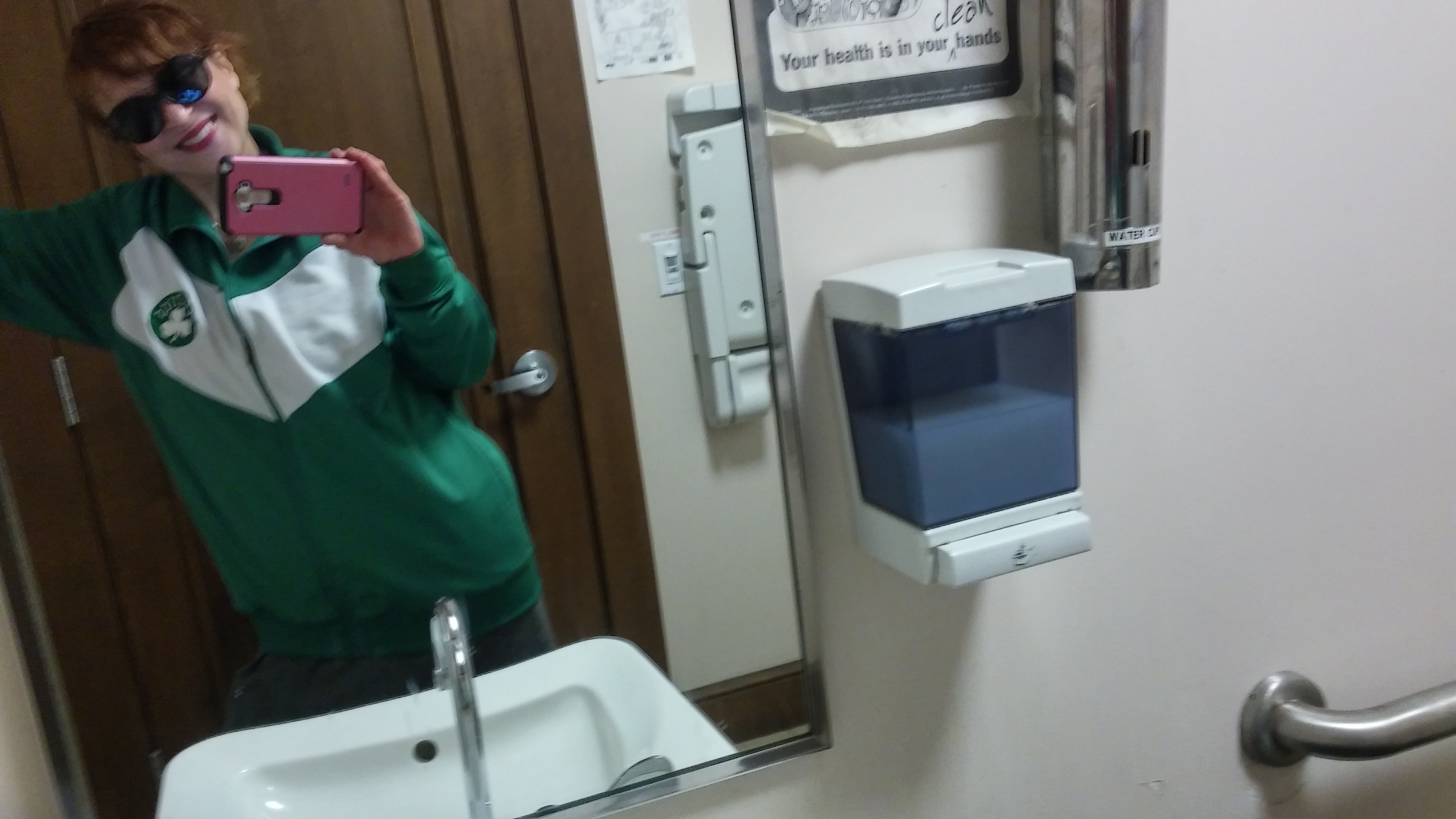 Editor’s note:
Why isn’t this happening in GREEN ISLAND, LOWER VERNON HILL, GRAFTON STREET, PIEDMONT/CROWN HILL, VERNON HILL, QUINSIG VILLAGE??!!!!!! So many poor/needy kids in these neighborhoods NEED and WOULD LOVE TO HAVE such a wonderful neighborhood resource!
– Rosalie Tirella

She’s the kid sister – smaller! – to WPL bookmobile Libby! I caught up with Lilly in Green Island earlier this month!   – R. Tirella 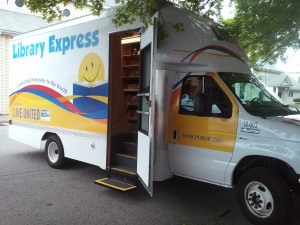 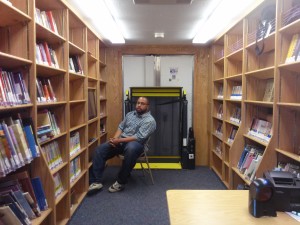 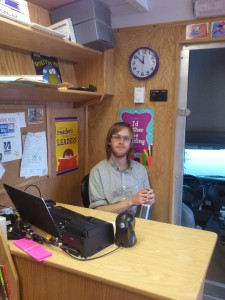 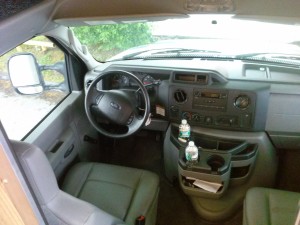 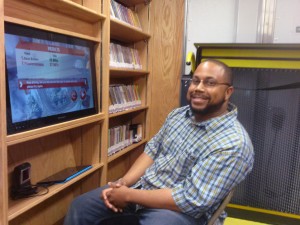 It makes no sense! Four new branch libraries to open in Worcester – in our public schools – and only one is in a true inner-city hood!!!! Neighborhoods where resources are most needed! Places where kids and families need educational tools and CDs and DVDs, etc. Places where our inner-city kids can expand their minds.

Instead we get … Tatnuck!! All the families there have cars and $$ and computers at home!! Why do they need a branch library?! They have the resources!!!

WHAT THE FUCK IS GOING ON HERE?!!!

Yes, the Goddard School was a good choice: a branch library for students there and the community (after school hours) is what Main South needs. But what about Green Island? South Worcester? Quinsig Village? Union Hill? Piedmont? Vernon Hill? Where are OUR branch libraries? All of these city neighborhoods have city schools in them and they are home to so many low-income families whose kids may not have access to the Internet, Nooks and other tablets, etc. Parents may be too poor to rent DVDs, buy CDs. English may not be their primary language. It would be so cool for our inner-city kids to be able to go to their neighborhood library to check out important materials – to have staff help them with homework. These kids may not even have a quiet place at home to do their homework! A neighborhood library would have been grand.

Why must Worcester’s inner-city families keep taking it in the chin? Where is the justice?

City officials say their choices were based on parking spaces and reading results… meaning only kids who did well on reading tests get libraries in their hoods? What Worcester reading numbers, “facts,” etc were city officials studying? It’s like they have done the opposite of what they should have done!!! It would make sense that we as a city would want to SHORE UP our struggling readers/families, bring kids who struggle with reading and homework up to speed. A branch library would only HELP accomplish this goal.

Why can’t we whack City Manager Mike O’Brien in the puss with a frying pan?!

Ask him: who are the city movers and shakers who whined and said they wanted the libraries near their kids, their families???

Yes, a frying pan! Maybe that’ll knock some sense into O’Brien, who abruptly shut down all of our inner-city pools serveral years ago, after promising the community he would look at their pool-building suggestions (RIP Save Our Poolz). After promising me at the YMCA Greendale branch, where he was picking up HIS kids from their swimming/summer fun, that he would NOT close the city’s pools.

Who is this guy?

Why can’t we feed him to the yaks?