By Ruth Seward, Director of the Worcester Tree Initiative

The American Chestnut tree was a dominant tree species in the forests of eastern America.  People depended on this fast-growing tree for its wood which is light-weight, easy to work with, and rot resistant, making it ideal for any projects, including building homes and barns, fences, furniture and even musical instruments. The nut was also a central part of American life as a feed for livestock and a crucial food source for wildlife.  The chestnut was also a reliable source of nutrition for families throughout the United States, and it was common for people to forage the nuts and utilize them in daily recipes or sell them for extra income. 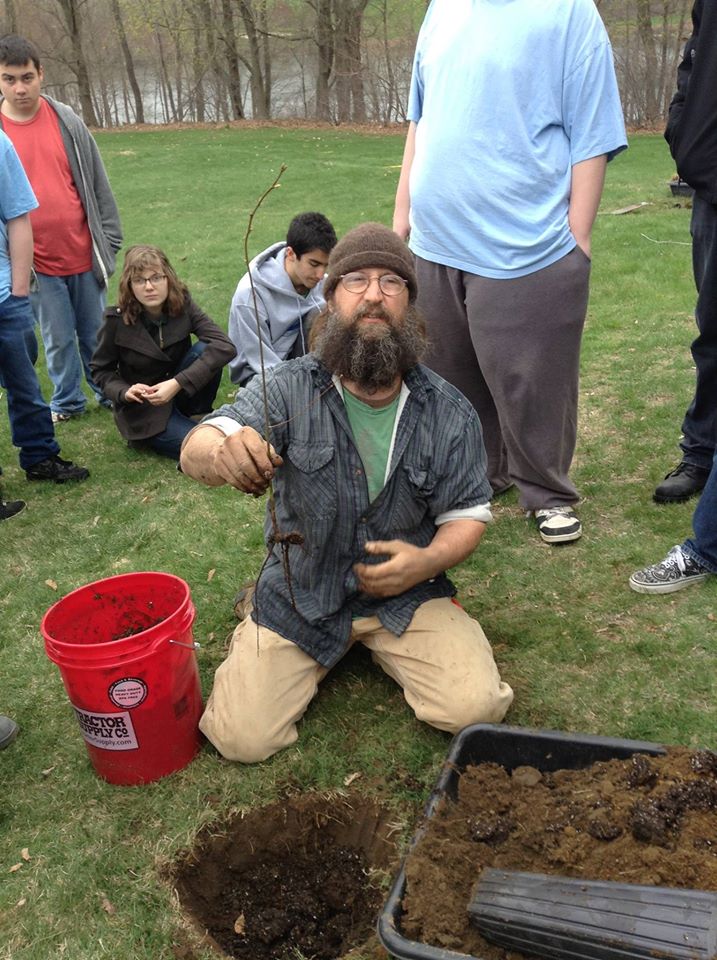 However, in the early 1900’s a fungal blight accidentally introduced from Asia began to kill the American Chestnut.  The trees in our North American Forests had no resistance to this newly introduced organism.  Working its way through the forests this fungal disease killed every Chestnut tree in its way. By 1950 virtually all of the American Chestnut Trees had vanished from the American landscape with the exception of a few scattered trees located mostly in Virginia. 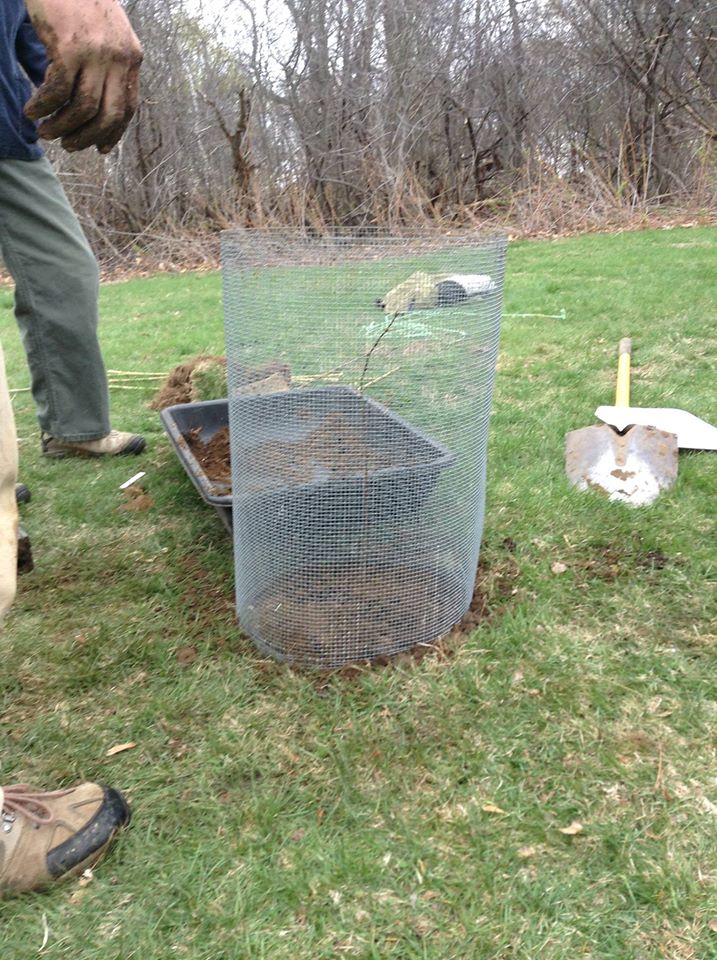 This little guy is safe and secure!

By continuing to breed these resistant varieties with true American Chestnuts TACF now has a hybrid which is genetically 93% American Chestnut. And the nut of these trees looks and tastes like the original! By planting these saplings in the native habitat of historic American Chestnut trees eventually a new forest will emerge and the important lumber and food crop will be restored.

This is an incredible milestone in bringing back this iconic American tree! Worcester is honored to be the recipient of such a generous gift. In particular this gift is significant in the face of the loss of city trees to the Asian Longhorned Beetle in the wooded areas adjacent to Green Hill park. These trees are symbols of the resilience of trees and forests. The trees, which grow very quickly, will soon be casting shade and producing their spiny, shelled fruits.

We look forward to watching them thrive in Green Hill park and eventually finding saplings sprouting in the forest!