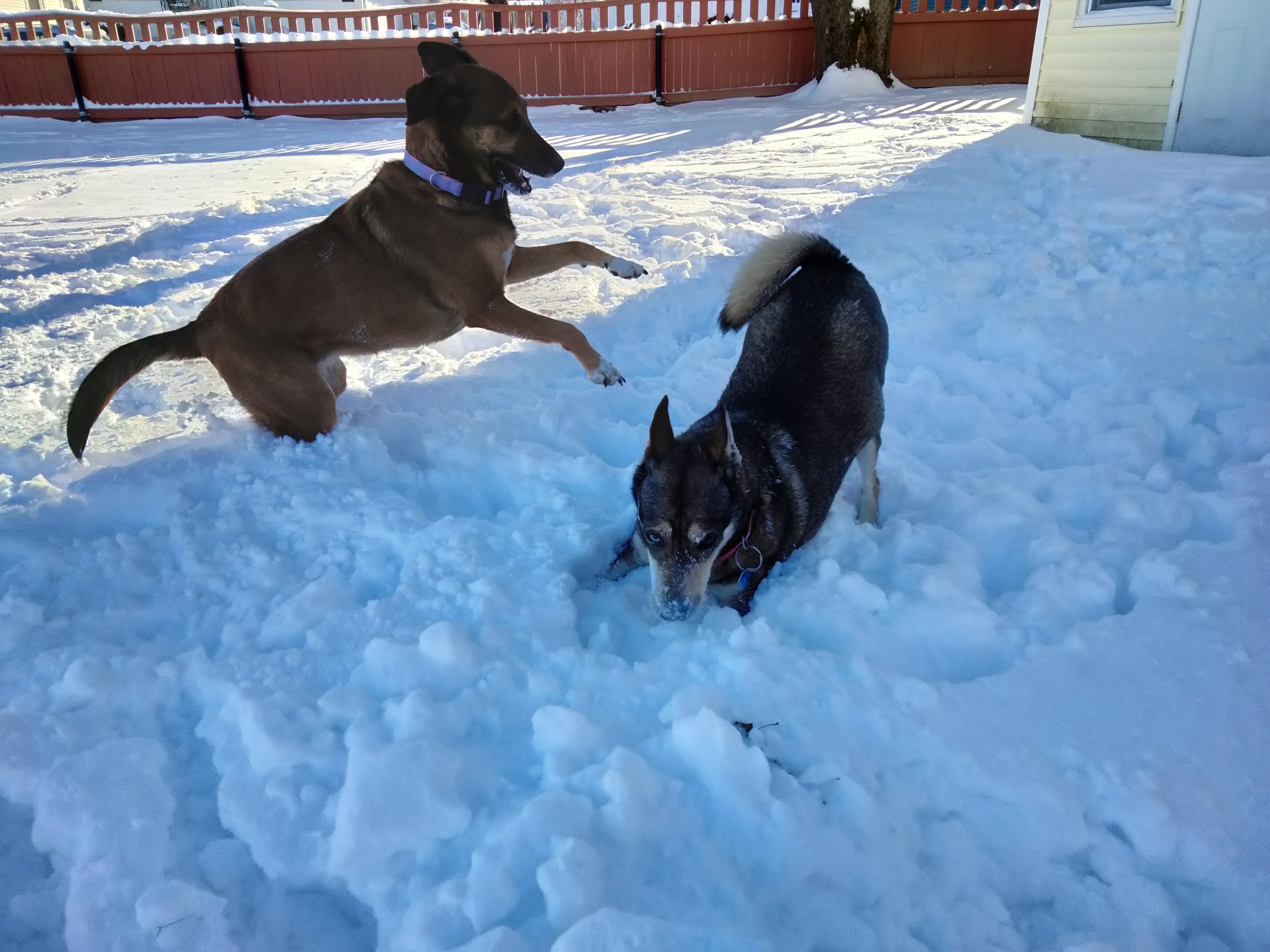 Jett and Lilac, Rose’s all-American mutts, playing in the snow this winter. Never buy your dog or pup from a breeder or pet store – adopt! Rose adopted her pups from local animal shelters. Jett’s been her sweet companion for 15 years! Lilac 6 years! pic: R.T.

The unfortunate addition of two more dog breeds by the American Kennel Club (AKC) is being reported as breezily as if it were an announcement for a new car or smartphone. But dogs aren’t fad objects. They’re living, feeling beings — and driving up demand for “purebreds” has dire consequences for dogs.

Many people who think they need the latest breed acquire dogs on a whim, only to abandon or neglect them when they discover that they bark, shed, need to go for walks, make messes and require daily care and attention, as all dogs do.

PETA’s fieldworkers regularly encounter dogs — including purebreds — who were obtained without much, if any, thought about the care and commitment they require. Many have been banished to a lonely, miserable existence in a crate, on a chain or in a backyard pen — where they have no choice but to eat, sleep and relieve themselves on the same minuscule patch of dirt, day after day, through all weather extremes.

When they found Murphy, he barely even looked like a dog. Trapped inside a filthy wire cage in a dark hallway, he had been neglected for so long that his tiny 7-pound frame was engulfed in two pounds of severely matted fur caked with waste. Winnie, a 15-pound Lhasa apso, was kept in a filthy outdoor pen and, like Murphy, was also covered with tight, painful mats. PETA was able to get Murphy and Winnie surrendered, groomed and adopted into homes where they’re now treated with love and respect. But not all dogs are that lucky.

Some 70 million homeless dogs and cats are fighting just to survive. They’re starving on the streets, drinking from puddles contaminated with motor oil, getting hit by cars, languishing with untreated injuries and contagious diseases, and succumbing to weather extremes. Others are waiting in shelters for a loving family that may never appear.

There are simply not enough responsible homes available for all the animals who already exist — yet breeders and puppy mills are all too happy to cash in on the demand for “new” breeds by churning out more litters. This spells misery for dogs who are caged in factory farm conditions at breeding mills, where they are bred repeatedly; denied exercise, socialization and veterinary care; and often driven mad from the intense confinement and deprivation.

It also means that many purebreds endure a lifetime of debilitating health problems because they’ve been bred to conform to harmful AKC “breed standards.” Dachshunds’ elongated spines can cause debilitating back problems, for example, and bulldogs’ and pugs’ unnaturally flattened faces and short airways leave them struggling to fetch a ball, walk or even breathe. The newly added breeds are reportedly prone to bone fractures, patellar luxation (dislocated kneecaps), hip and elbow dysplasia, epilepsy and cataracts.

The greedy breeding industry couldn’t care less about dogs’ health, well-being or even their lives. It’s up to people who do care to refuse to support an industry that treats dogs like items to produce, sell and discard — by never buying animals from breeders or pet stores. If you’re ready to give a dog a lifetime of love and care, please visit your local shelter and adopt a companion who will take first place in your heart. 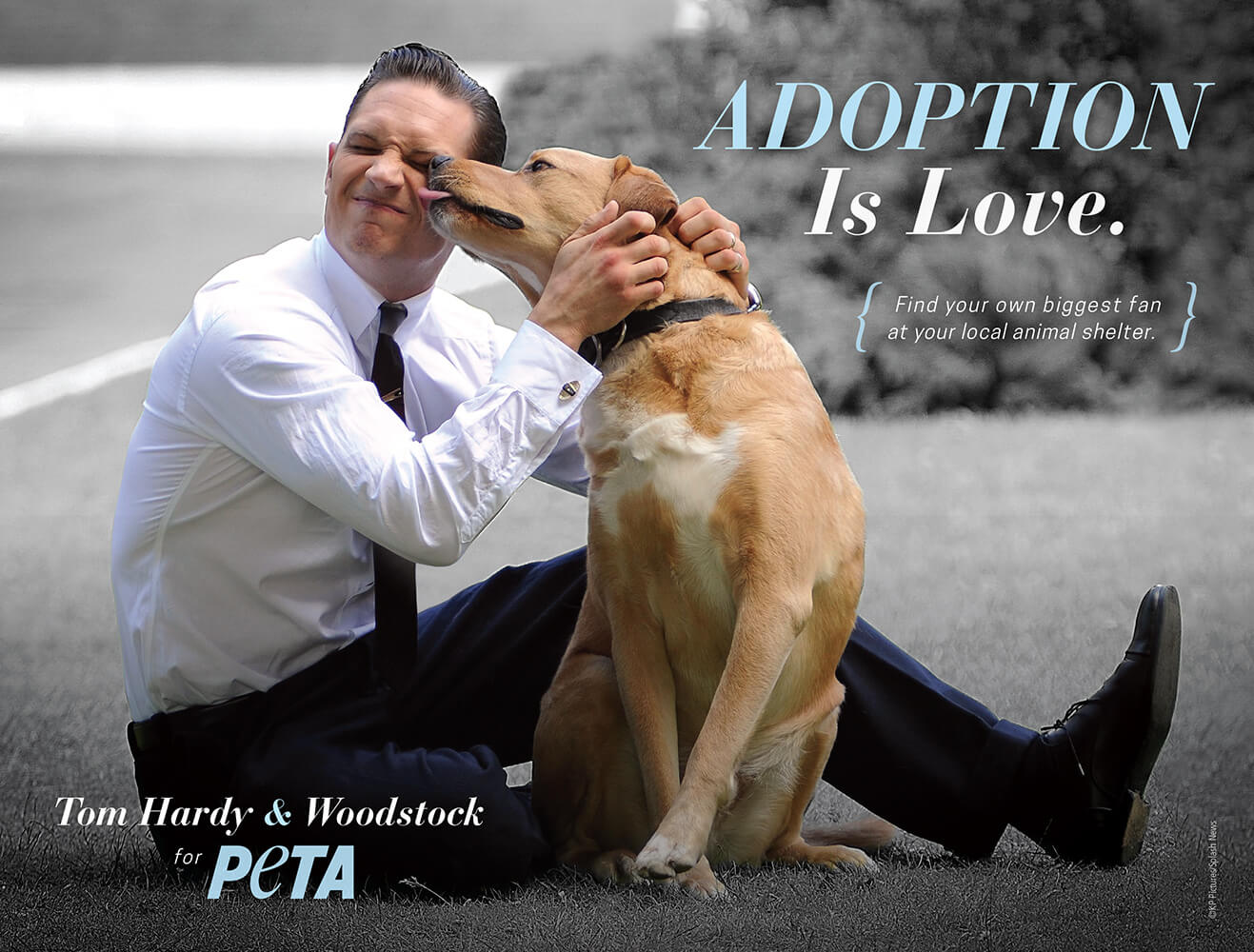