If you still haven’t sworn off meat, check out this piece from The New York Times! You’ll think twice next time you bite into a burger!   – R. T. 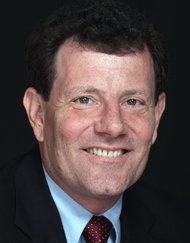 Where does our food come from? Often the answer is Tyson Foods, America’s meat factory.

Tyson, one of the nation’s 100 biggest companies, slaughters 135,000 head of cattle a week, along with 391,000 hogs and an astonishing 41 million chickens. Nearly all Americans regularly eat Tyson meat — at home, at McDonalds, at a cafeteria, at a nursing home.

“Even if Tyson did not produce a given piece of meat, the consumer is really only picking between different versions of the same commoditized beef, chicken, and pork that is produced through a system Tyson pioneered,” says Christopher Leonard, a longtime agribusiness journalist, in his new book about Tyson called “The Meat Racket.”

Leonard’s book argues that a handful of companies, led by Tyson, control our meat industry in ways that raise concerns about the impact on animals and humans alike, while tearing at the fabric of rural America. Many chicken farmers don’t even own the chickens they raise or know what’s in the feed. They just raise the poultry on contract for Tyson, and many struggle to make a living.

… OR just go to the right on this website, under the big pointy yellow finger, and click on PETA.ORG