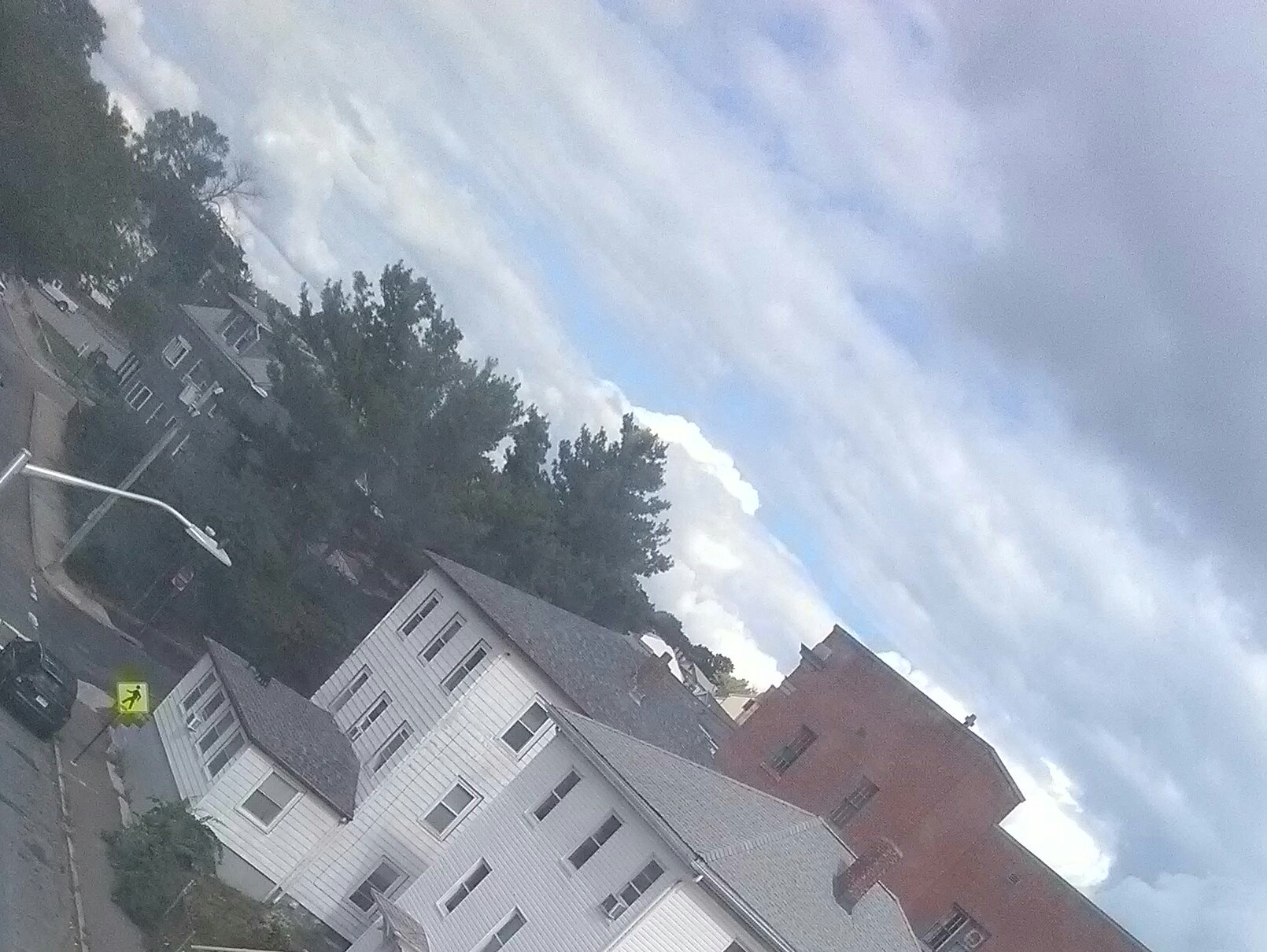 See? Two little black poodle dogs on the pitched roof. Thrown out last night on that pitched roof! It’s the white building on the corner of Ward and Richland streets! Before St. Mary’s school. Right outside Rose’s window!

Rose has freaked! She has called the police 10 times! And the city animal control dept.-dog officers. She has told authorities: The little dogs were put out the window! They are barking, begging to come into the apt! There is no fence. They run to the end of the pitched roof yelping. They will slip,tumble off and die! 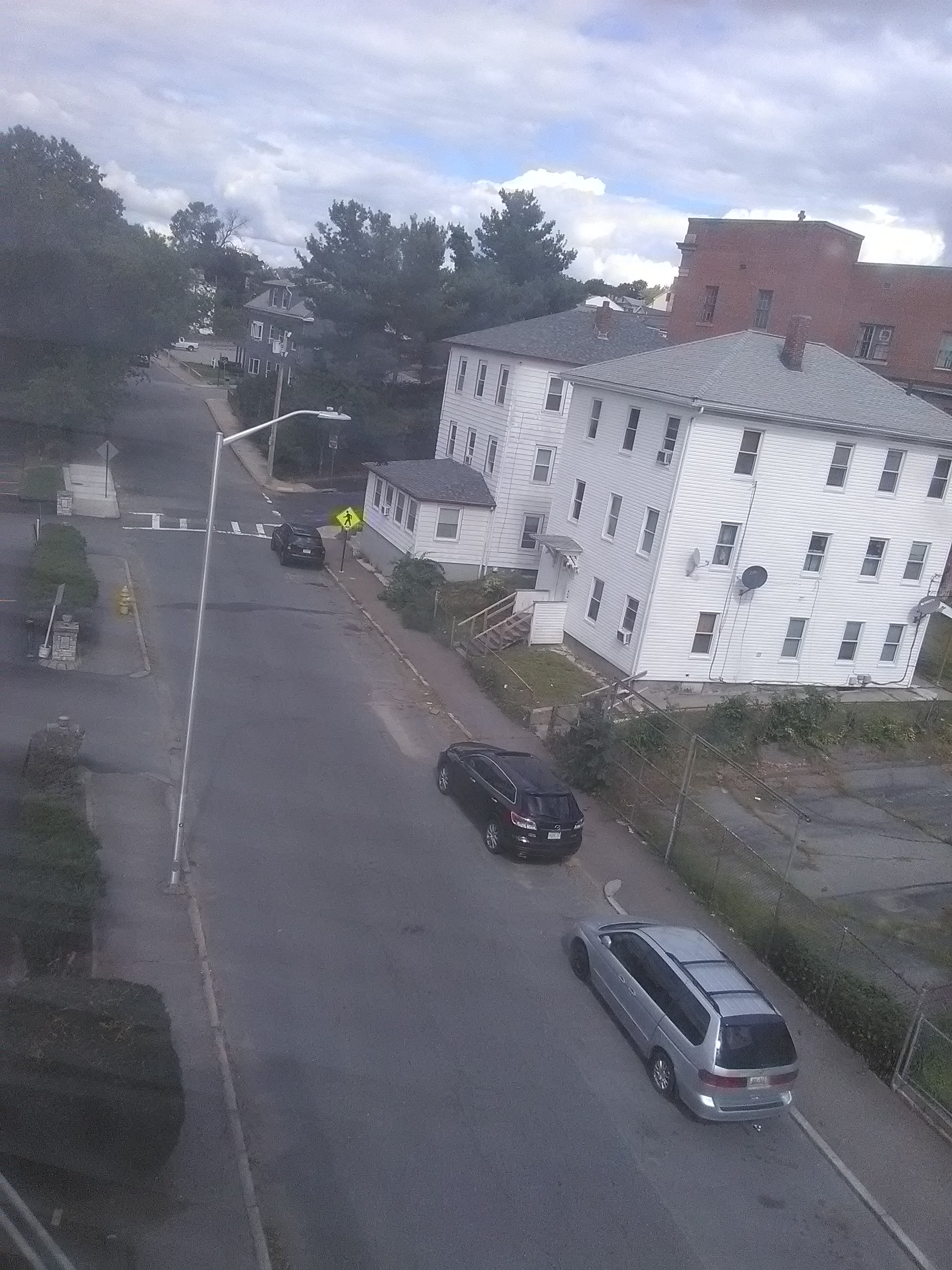 The dogs are still slip sliding on the pitched roof – crying.

What a loser police department we’re saddled with…Cops so unwilling to truly engage with the community…educate, illuminate …The WPD dispatchers so nonchalant, uncaring, unhelpful. …

Kudos to the State Police dispatchers – they were compassionate when Rose called – they tried to be helpful! 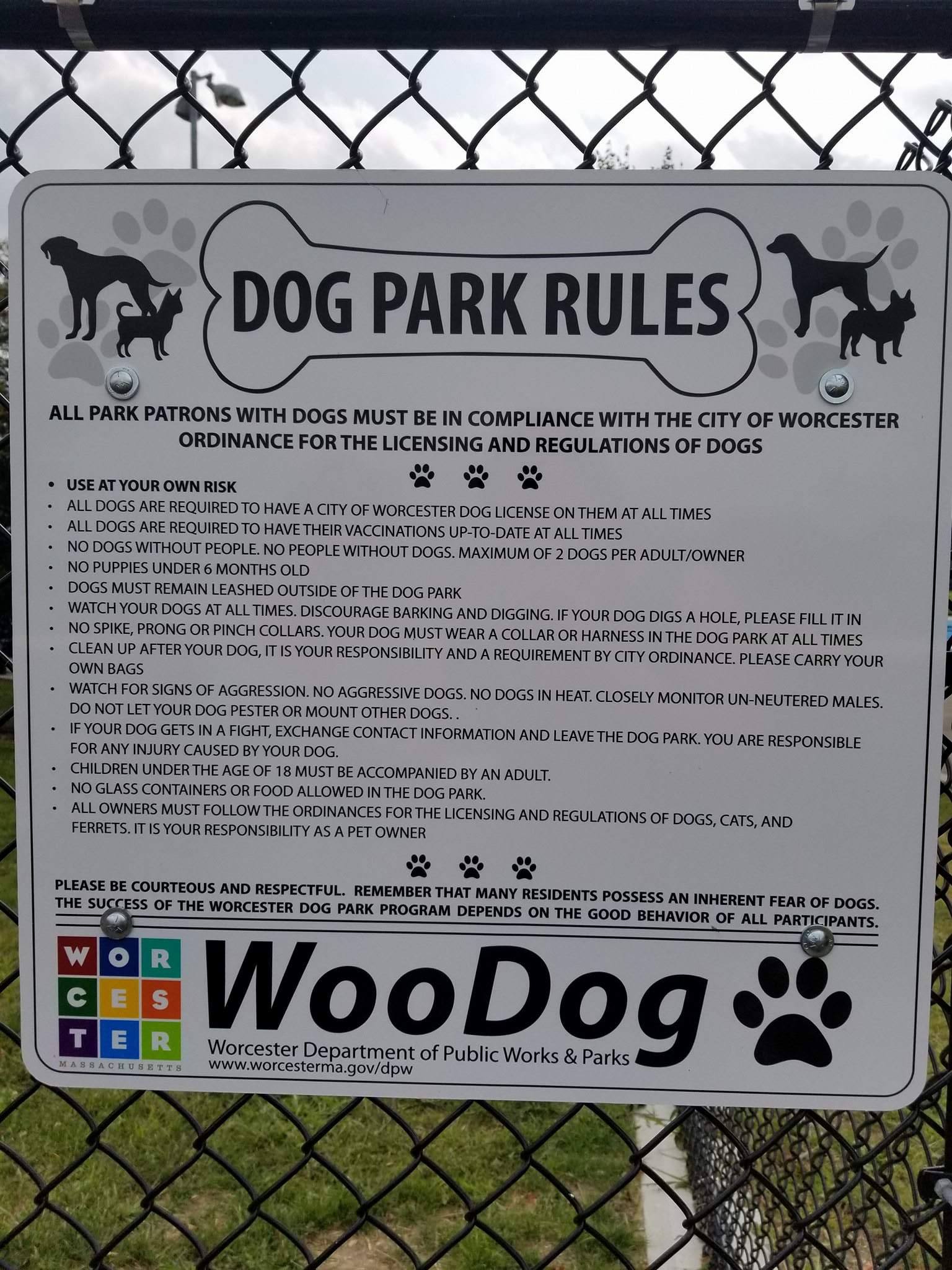 On August 21 Worcester opened up its first ever off leash dog park at Vernon Hill Park. I visited the park, without a dog, Tuesday afternoon. It’s located on 400 Providence St. It was quiet while dog owners were taking advantage of the last summer days and a little late summer sun.

Walking up to the fenced in area, three dogs alternated running the perimeter of the space and digging large holes in the dirt patches. 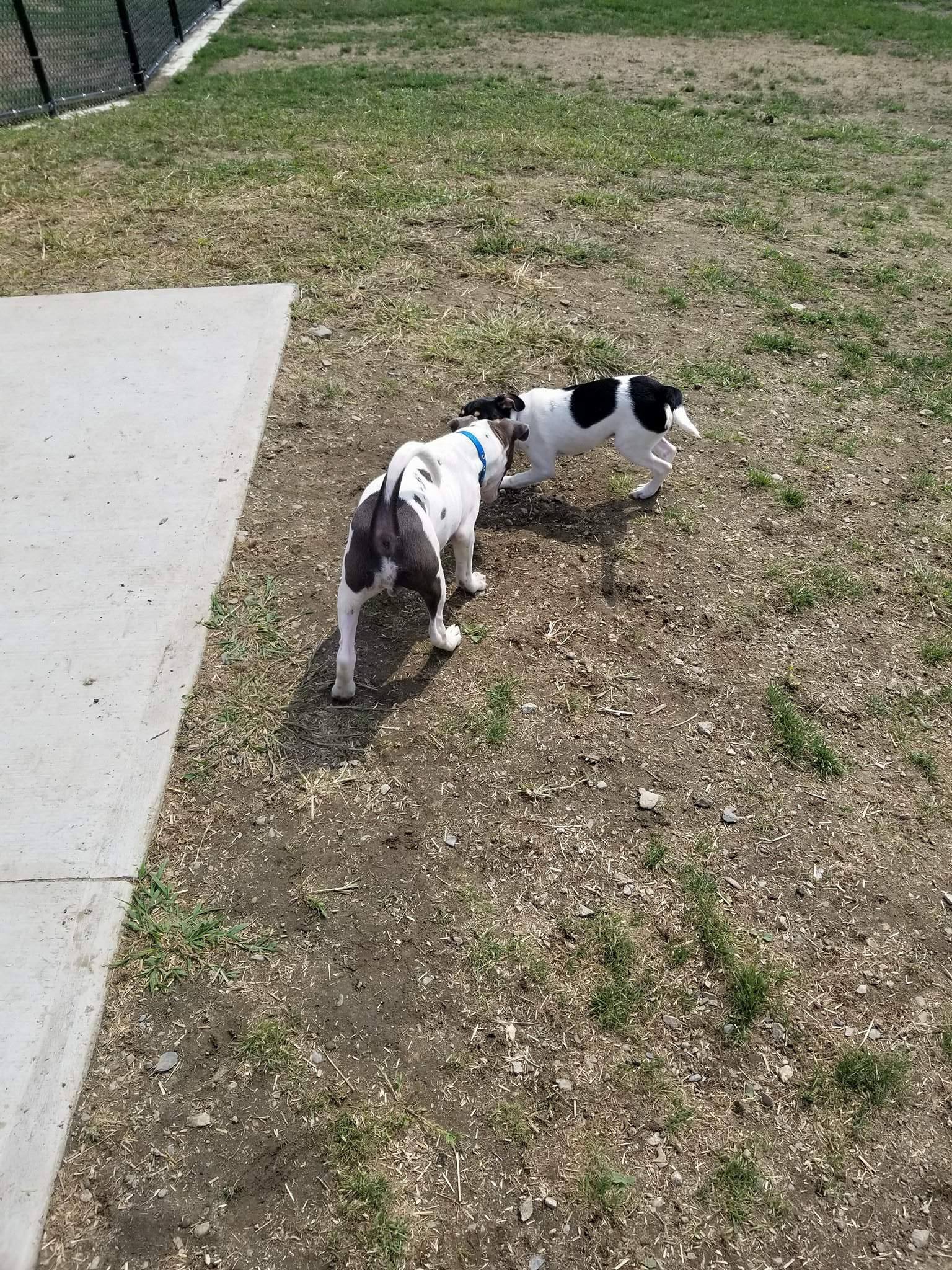 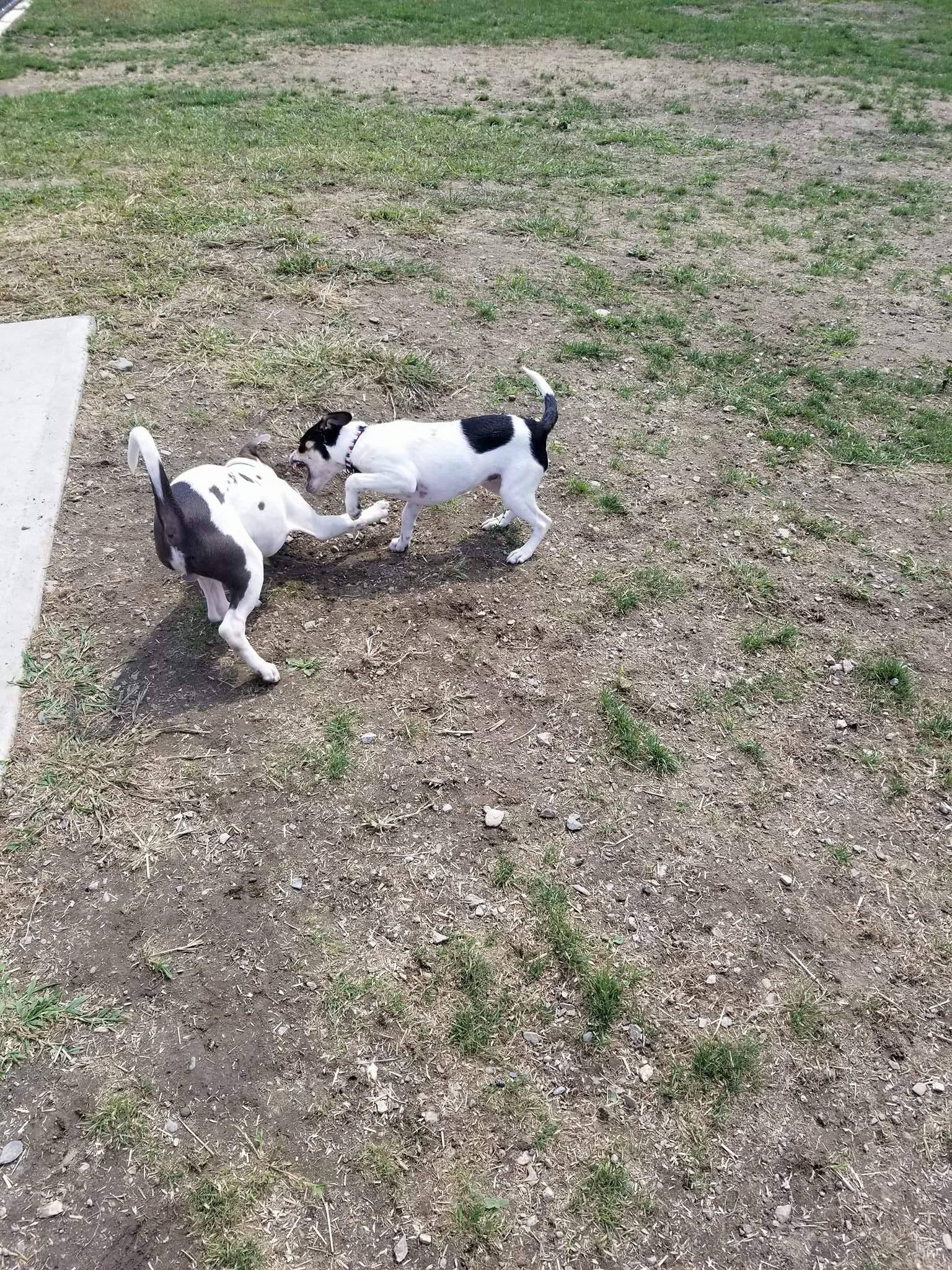 Planted on the side of the hill next to the playground, the playing canines were the only indicators of the dog park from a distance. Dog owners in the City of Worcester have high hopes for this new addition to Vernon Hill Park, providing a first-time opportunity for dogs to engage in off-leash play. 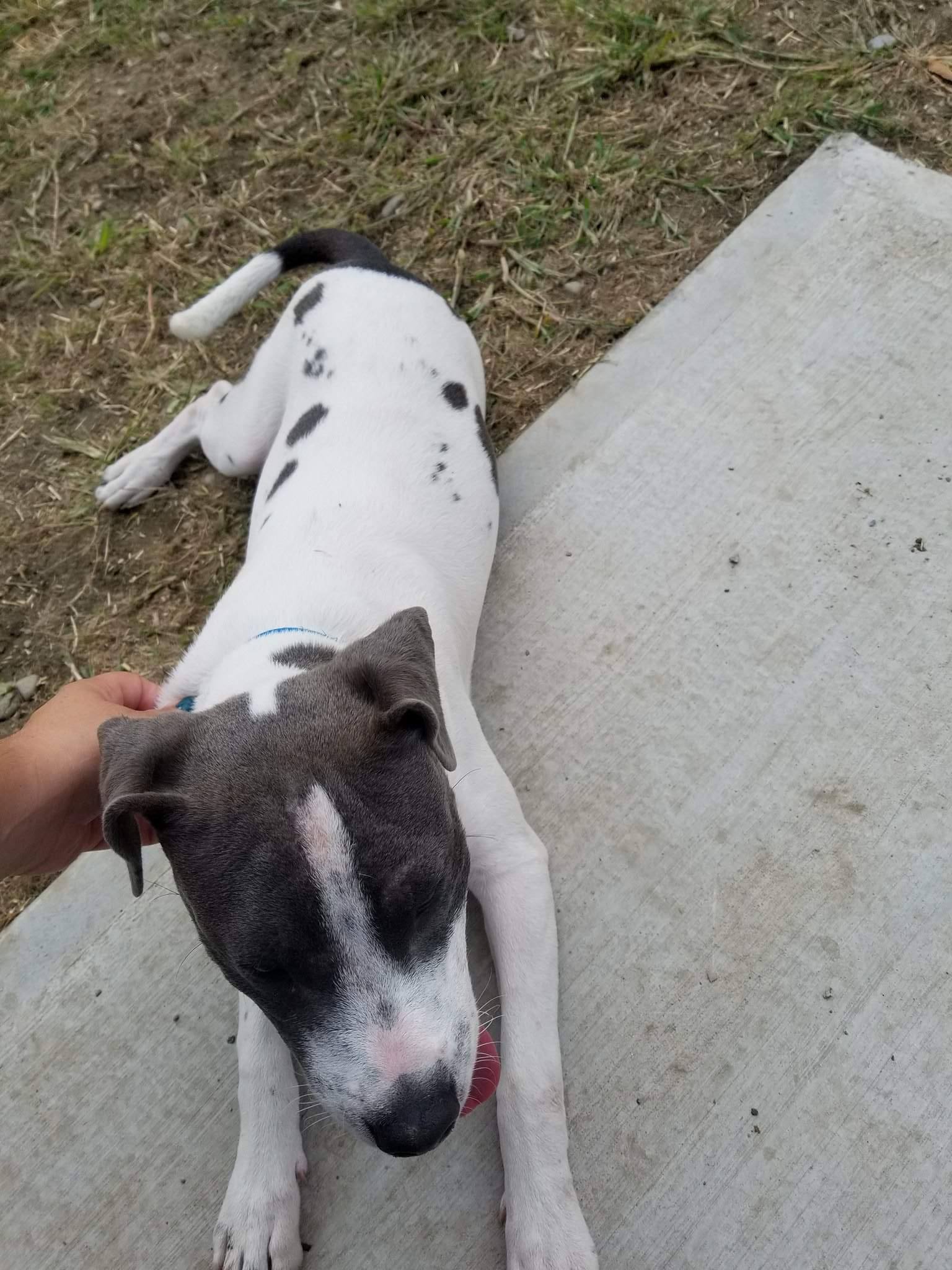 I sat down at one of the two benches located by the entrance for the “Dogs under 30-lbs” side. 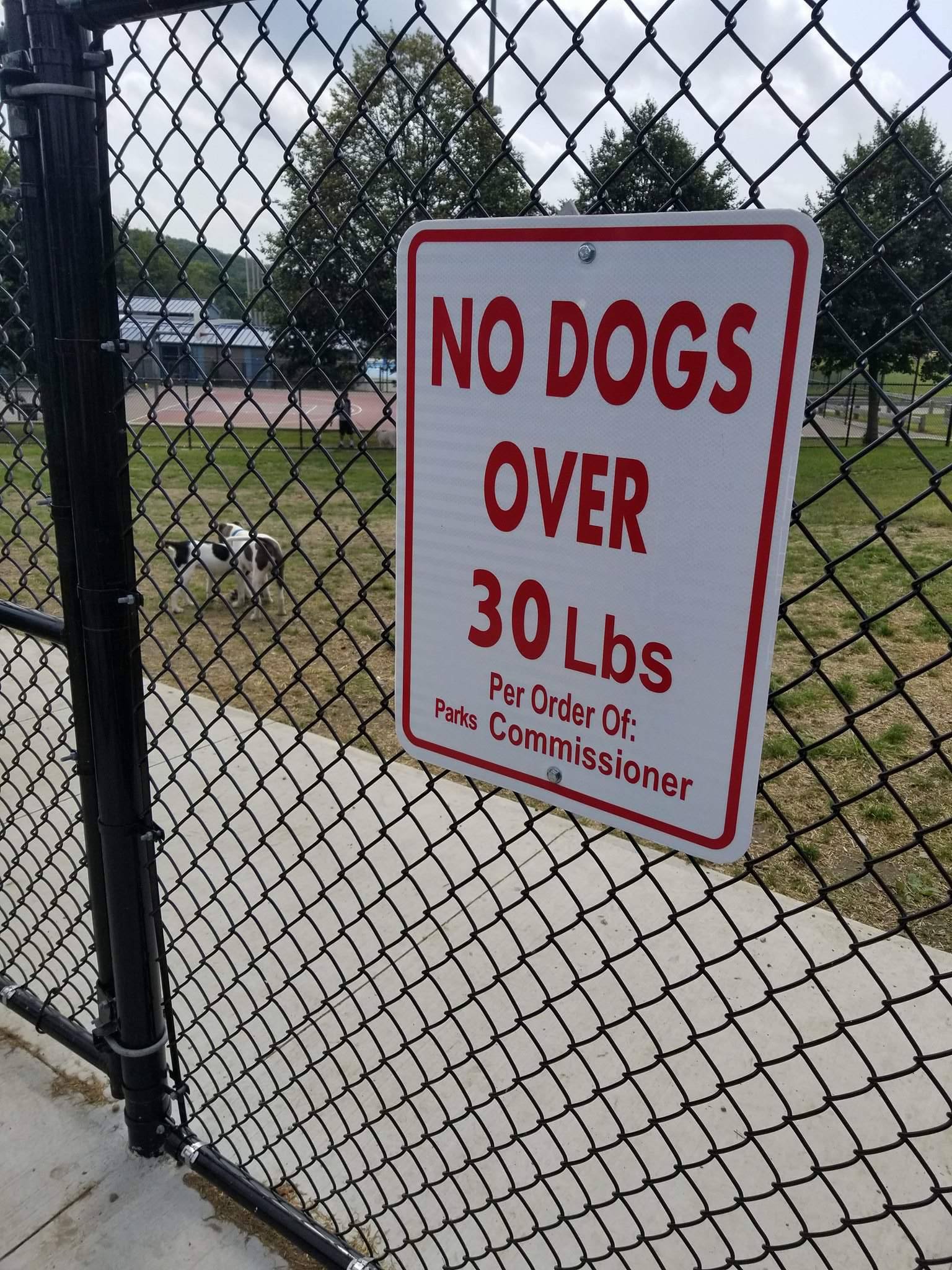 While the bench provided comfortable supervision for humans, the lack of shade on an 80-degree day proved to be a bit too hot. Dog owner Jennifer, sitting next to me, agreed a canopy or some sort of tent to provide shade for such days is a necessary addition to the dog park.

Dirt dust clouds puffed at my feet around the body of her 5-month Pitbull mix, Alpha.

Following Alpha, another dog Bella, a 6-month old rat terrier mix, tumbled in front of her owner’s feet. “I’ve been here a couple of times, too,” said the pup owner. “I live right there. We walk here. I wish it was a little grassier. But I don’t have a backyard she can run around in.”

There was a small odor coming from the entrance of the gate. 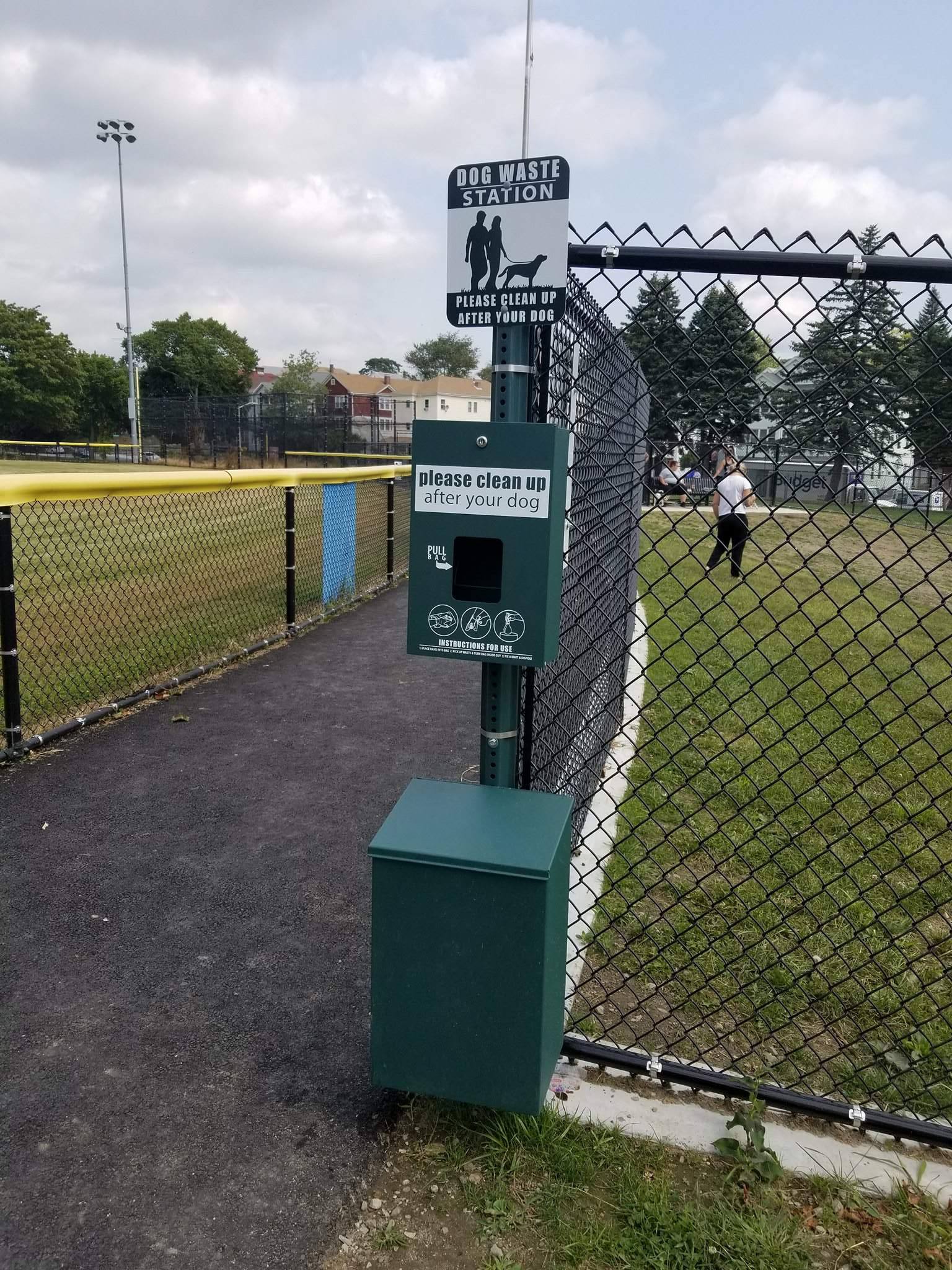 The dog lover added: “Maybe they could also change the trash. I don’t how often it’s changed.”

The trash barrel was full of garbage – up to its rim, beside of which there was an empty bag container for one of the three dog waste stations the City of Worcester provides for this site. 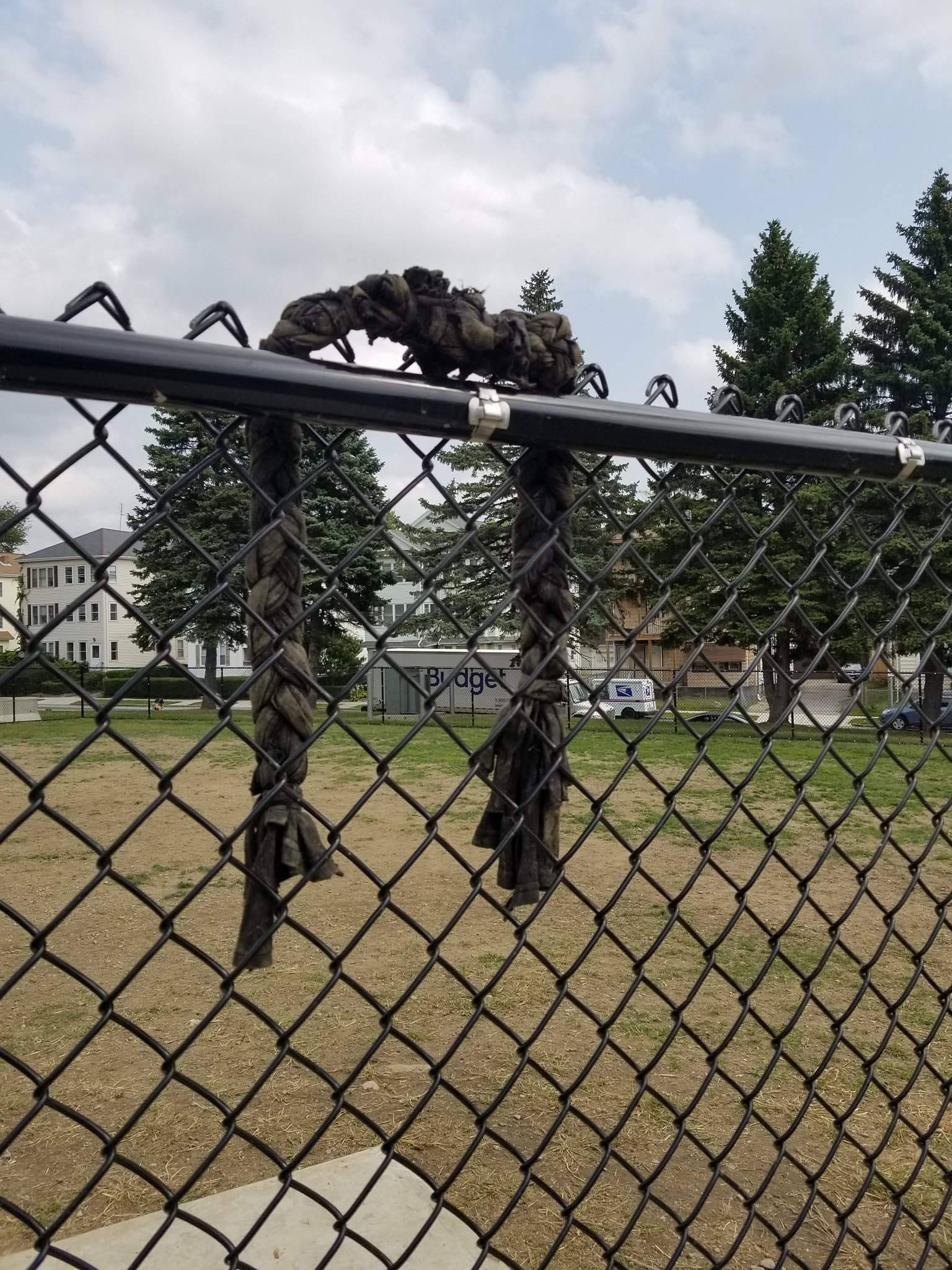 Conveniently, Bella’s mom can walk her to the park. Pup owner Jennifer must take Alpha from Belmont Street, which is about a 10-minute drive.

Notably, the park is being used by residents from all parts of the Worcester. It appears that public knowledge of this new location is mainly circulated through Facebook and other social media platforms. 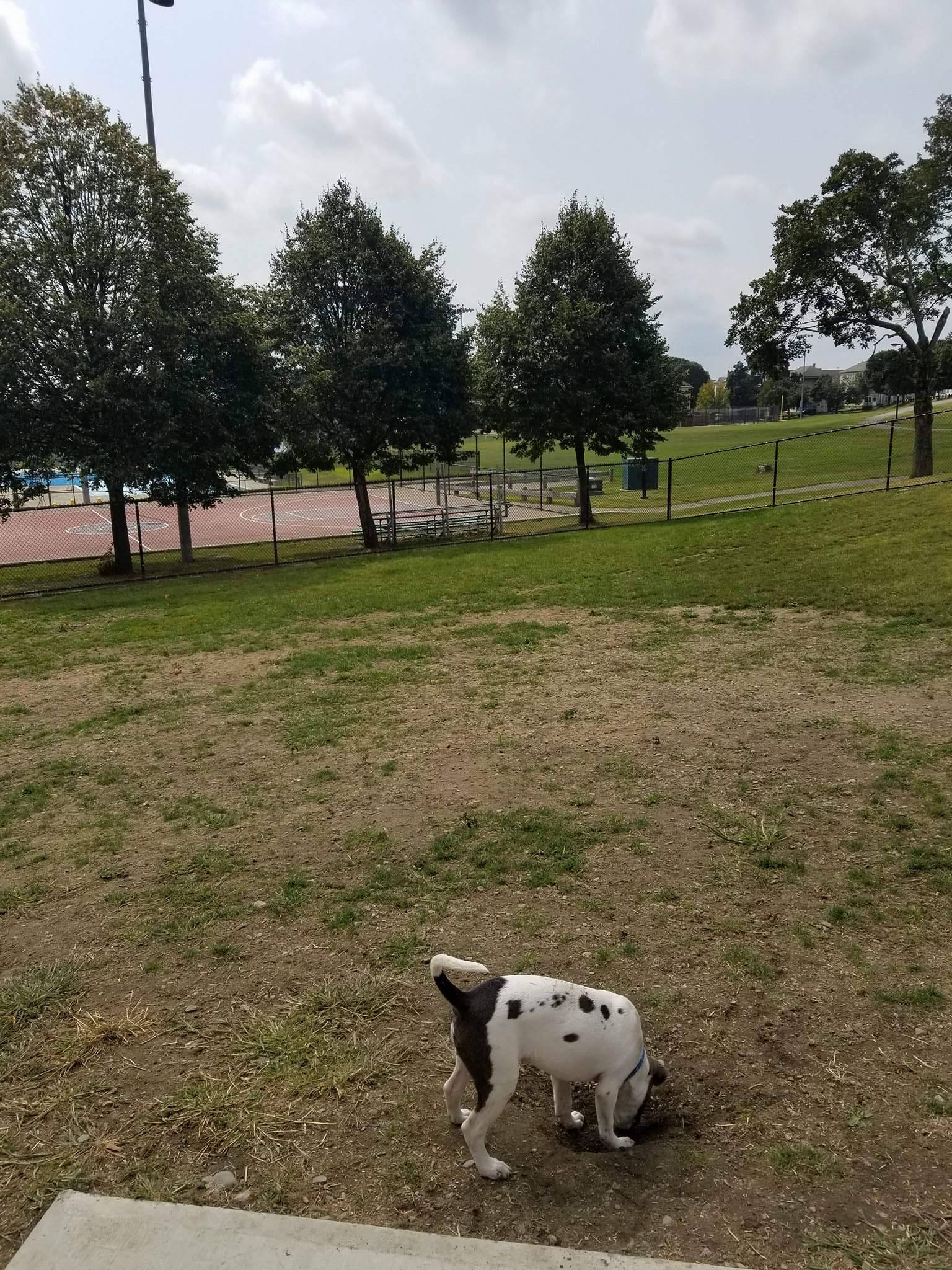 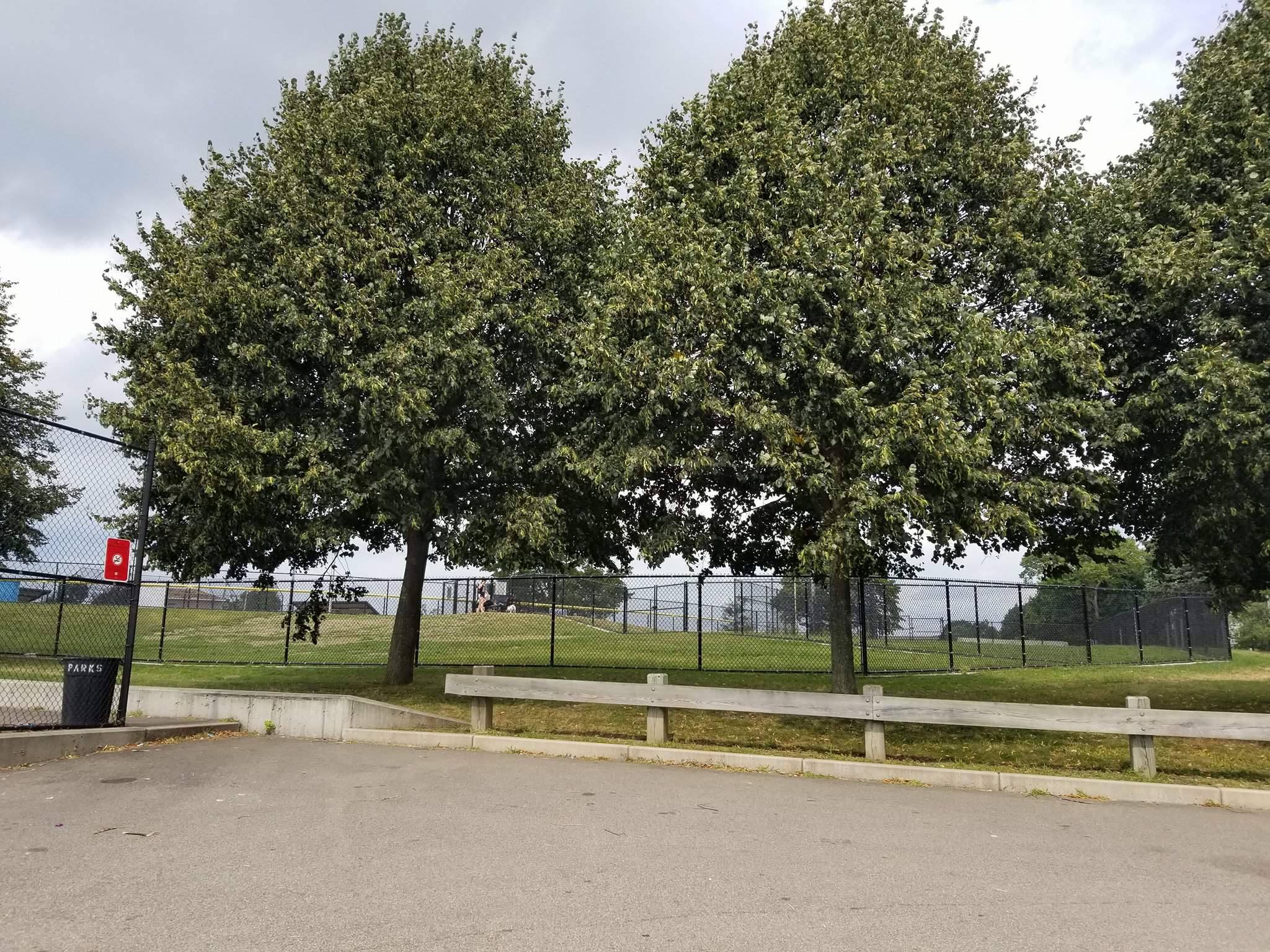 The two fenced-in areas are separated by the weight of the dogs that come to the park. One side is meant for dogs under 30 lbs. and, the other side caters to larger dogs that weigh more than 30 lbs., in hopes of preventing any accidental injuries during play.

Even though large and small dogs are separated, incidents can still occur. “I had problems on the first day,” Jennifer said. “My dog got attacked, but I found the owner on Facebook. This is my third time here and it’s been great.”

It is surprising that there is no water source available to the dogs, while they are playing at the Park, even if there are available water dishes left behind to use.

While the site includes all the fundamental components of a dog park – fencing, double-gate system, benches, trash-cans and waste stations – dog owners feel as though a liite more is needed to make it a more suitable environment for their pets. However, in the meantime Worcester’s first dog park provides a safe space for people to socialize and excersise their dogs. The dogs love to play! Folks get to meet and make friends with fellow dog-lovers.

Cheers to our happy canine companions in Worcester!