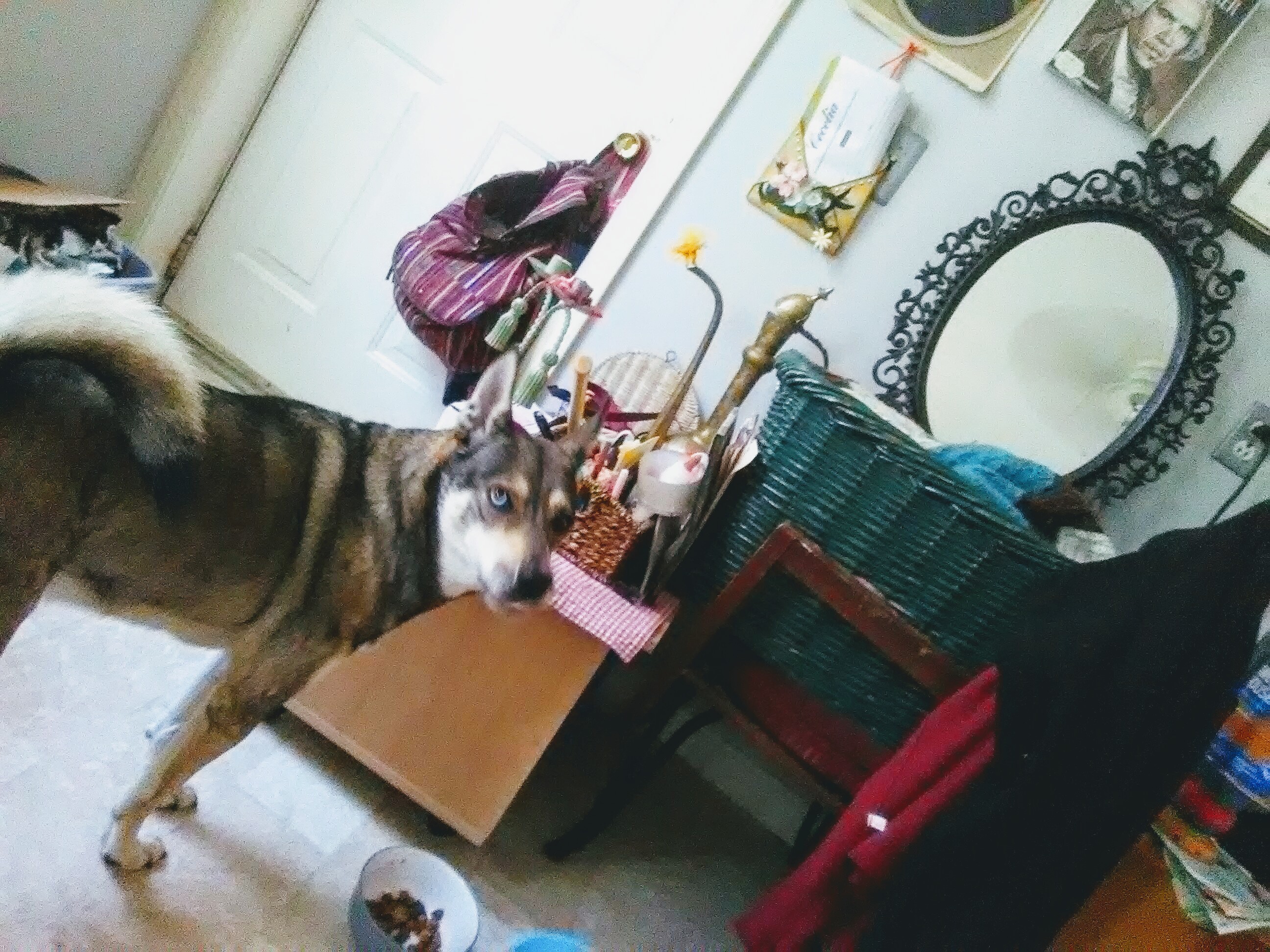 Rose’s Jett: a steady lil’ watch dog who earns his keeps! Both he and Lilac are microchipped. pics: R.T. 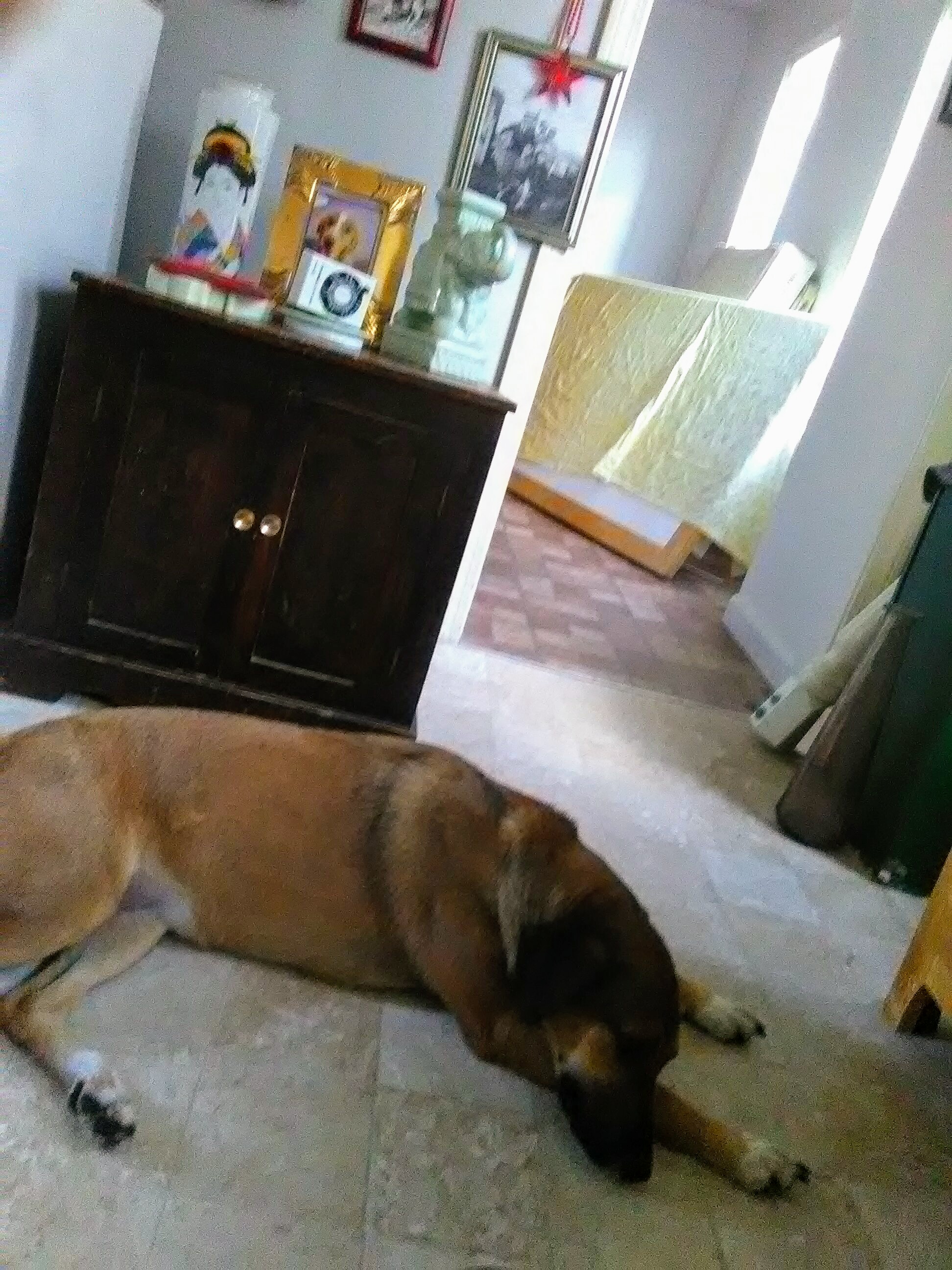 Lilac: Rose’s space cadet! (even though she’s got German Shepherd dog in her.) J and L share an “emergency” suitcase Rose put together for them … 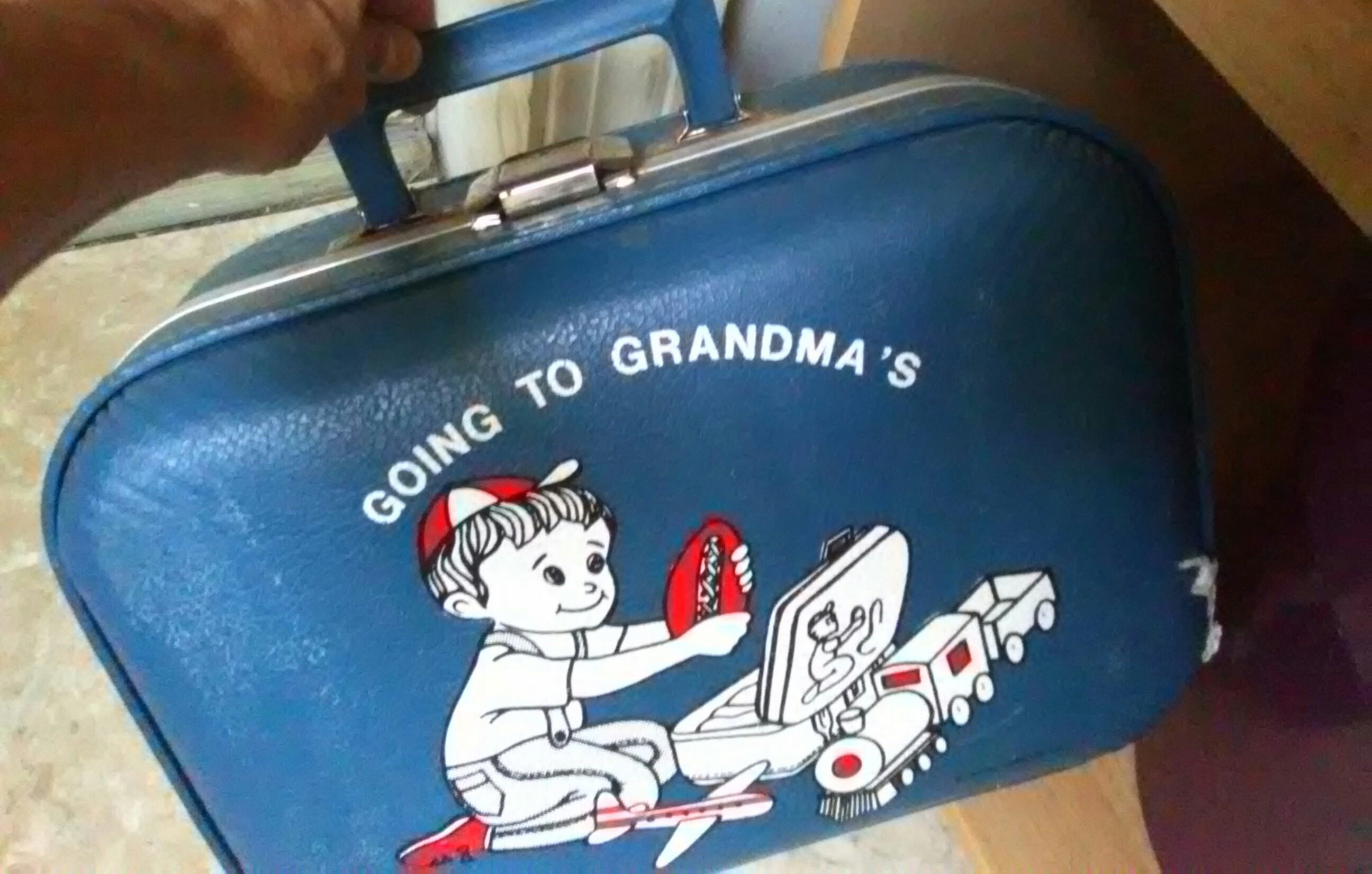 The dogs’ vintage suitcase has got a lining and expandable pocket, just like a real suitcase.

Wildfires are raging along the West Coast, devouring more than 820,000 acres of land, destroying over 1,000 homes and blanketing regions in thick black smoke and ash. Hawaii, still reeling from the Kilauea volcano’s eruption and the resulting wildfire, was recently doused with a historic amount of rainfall from Hurricane Lane, which sent floodwaters surging and triggered landslides. Hurricane season is just entering its peak season.

Tens of thousands of people have had to flee their homes at a moment’s notice to escape these and other disasters. Yet, according to a recent survey, 91 percent of animal guardians are not prepared for a natural disaster.

That alone is an emergency!

No matter where we live, none of us is immune to unforeseen events — and hurricanes, tornadoes, earthquakes, blizzards, floods and fires can wreak havoc with little to no warning.

In the chaotic moments between first learning that a disaster is imminent and finally evacuating, animals may be lost in the shuffle and left behind, with little chance of survival — unless we make a plan now to protect them.

Our animal family members are always safest with us, so before an emergency strikes, map out possible evacuation routes and identify places where you can stay with your animals if you must quickly leave your home.

Ask family members and friends if they would be willing to accommodate you and your animals for a few days (offer to do the same for them, should the need arise), and research campgrounds and hotel chains to see which ones allow animals. Keep a list with the addresses and phone numbers of all your lodging options, or save them in your phone.

Many people who have escaped disasters report running from their homes with nothing but the clothes on their backs, or perhaps one memento that they were able to grab on their way out. In an emergency, there likely won’t be time to round up all your animals’ supplies, so make sure you’re ready to go by assembling an emergency kit for each animal and keeping it in an easily accessible spot.

Include a carrier (for small animals), a leash and harness, bowls, towels, a favorite toy, a blanket, and enough food, bottled water and medication to last at least a week. It’s a good idea to run a few evacuation drills, too (including in the middle of the night, without turning on the lights, to simulate a power outage). Make sure all animals are microchipped and wearing collars with legible identification tags.

During any evacuation, transport small animals in secure carriers … 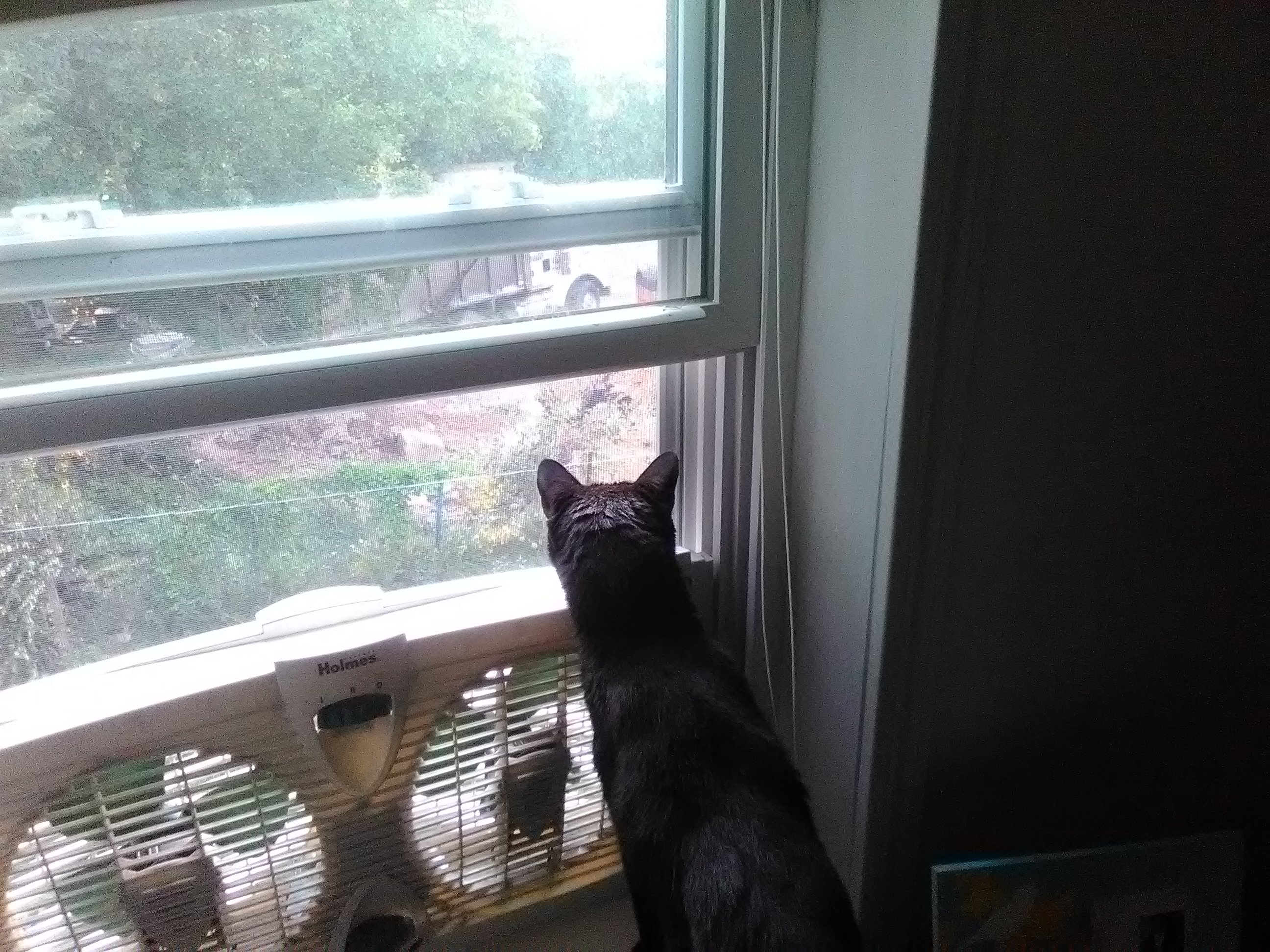 The always curious Cece! She has her own carrier for the vet … and emergencies. A little fleece blanket lining the bottom of the carrier can be comforting in cool weather.

… and keep larger dogs leashed and harnessed, as frightening sights and sounds and unfamiliar surroundings can cause them to bolt.

If, for some reason, you can’t evacuate, keep dogs, cats and other small animals indoors.

Never leave them chained or penned outside, where they can drown in rising floodwaters or be killed by falling debris.

Horses and other animals can’t outrun wildfires if they’re trapped, so don’t leave them locked inside their stalls or otherwise confined and unable to flee.

If authorities force you to evacuate without your animals, leave them indoors with access to upper floors.

Provide them with at least 10 days’ worth of dry food, and fill sinks, bathtubs and large containers with water.

Put signs on windows and doors indicating the number and species of animals inside to give rescue workers a better chance of saving them.

Animals need all the help they can get during disasters, so try to help those who are left behind or who are lost or injured. If helping is impossible, note their location and call authorities immediately.

We can’t know exactly when the next disaster will occur, but we can help ensure that all our family members survive it — by making an emergency plan today.