It’s time to get serious about the next big holiday event: The ugly sweater Christmas party. Love them or hate them, the ugly sweater trend shows no sign of slowing down, and the sweaters get more outrageous every year. But remember that ugly sweaters should be fun, not offensive, so pick your pullovers wisely. Eye-popping patterns and funny sayings are a “do,” but unless you want your sweater to be truly “ho-ho-horrendous,” wool is a definite “don’t.”

That’s because with wool sweaters what’s really ugly is the way sheep are punched, kicked, beaten and shorn bloody for wool. In the past several years, PETA and its international affiliates have released 12 investigations into 100 wool-industry operations on four continents revealing systemic cruelty at every turn. The most recent exposé, released in October, shows defenseless sheep being hit and kicked to produce “sustainable” wool.

In the Nevada desert, PETA investigators documented newly shorn sheep being loaded into trailers bound for a location hours away in California. During their brief visit, the eyewitnesses observed workers shoving, hitting, pushing and yanking on sheep. They struck the animals on the head and face, jabbed them with a paddle and a pole, kicked at them and deliberately frightened them into moving forward by kicking the fencing right next to them. Sheep tried to jump or climb over each other in fear as they were herded toward the trailers. A few collapsed. 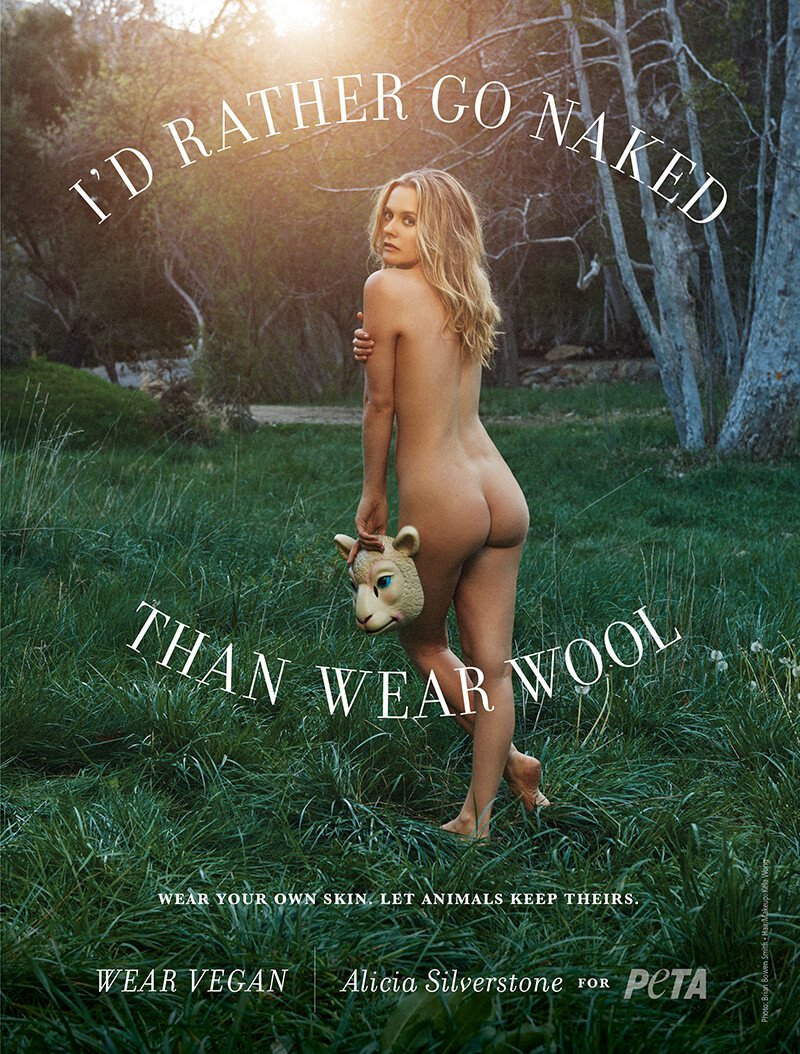 Workers punched holes in lambs’ ears and cut and burned off their tails with a hot knife — and no painkillers — causing them to writhe in agony as flames shot up from their flesh. They also cut chunks of flesh off lambs’ hindquarters with shears in a crude attempt to address problems that are caused by breeding them to have wrinkled skin and to grow excessive amounts of wool. Most lambs in Australia are subjected to this gruesome procedure, known as “mulesing.”

The abuse continues in the shearing sheds. Since shearers are paid by volume, not by the hour, they lose their tempers over small delays and often take out their frustration on the terrified, struggling sheep—punching and kicking them and slamming them against the floor. Shearers work so quickly that they cut or tear off strips of skin, leaving the sheep with gaping wounds that are then stitched up without pain relief.

In Scotland, workers violently punched sheep in the face, slammed their heads into the floor and beat and kicked them. In England, shearers stomped on sheep, squeezed their throats, kicked them in the stomach and jabbed them in the head with clippers. 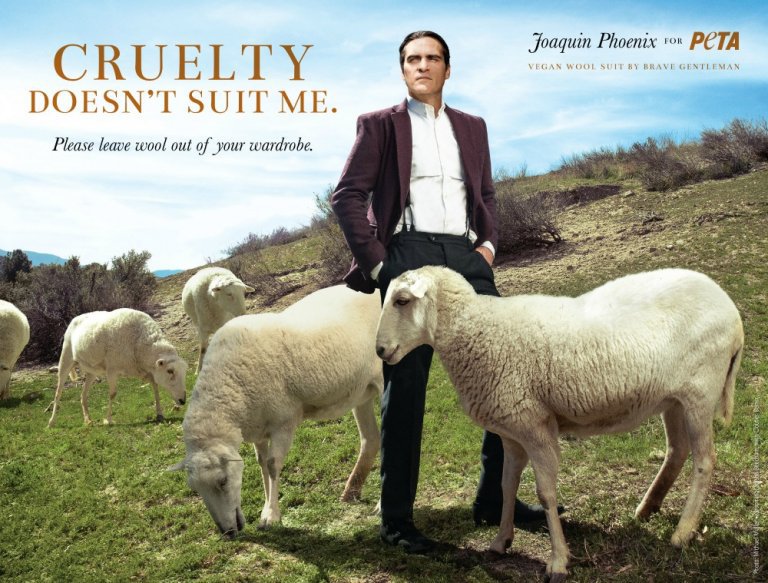 In Argentina, lambs cried out, gasped and kicked even after workers sawed open their throats. In Chile, workers slaughtered fully conscious sheep by stabbing them in the neck with a knife and even skinned one of them alive.

After all these exposés, it couldn’t be clearer that the abuse of sheep is entrenched in the wool industry.

And despite claims of “sustainability,” wool hurts the environment, too. According to the groundbreaking Pulse of the Fashion Industry report released by Global Fashion Agenda and The Boston Consulting Group, three of the four most environmentally damaging materials are derived from animals. Wool is one of them.

No matter what methods are used to produce wool, they’re never truly eco-friendly. And they’re certainly not animal-friendly. This holiday season, get your gaudy on with a sweater that no one had to suffer and die for. Leave ugly wool on the rack and choose sustainable vegan options, like organic cotton, coconut fiber, recycled plastic bottles, biodegradable Tencel or hemp, instead. 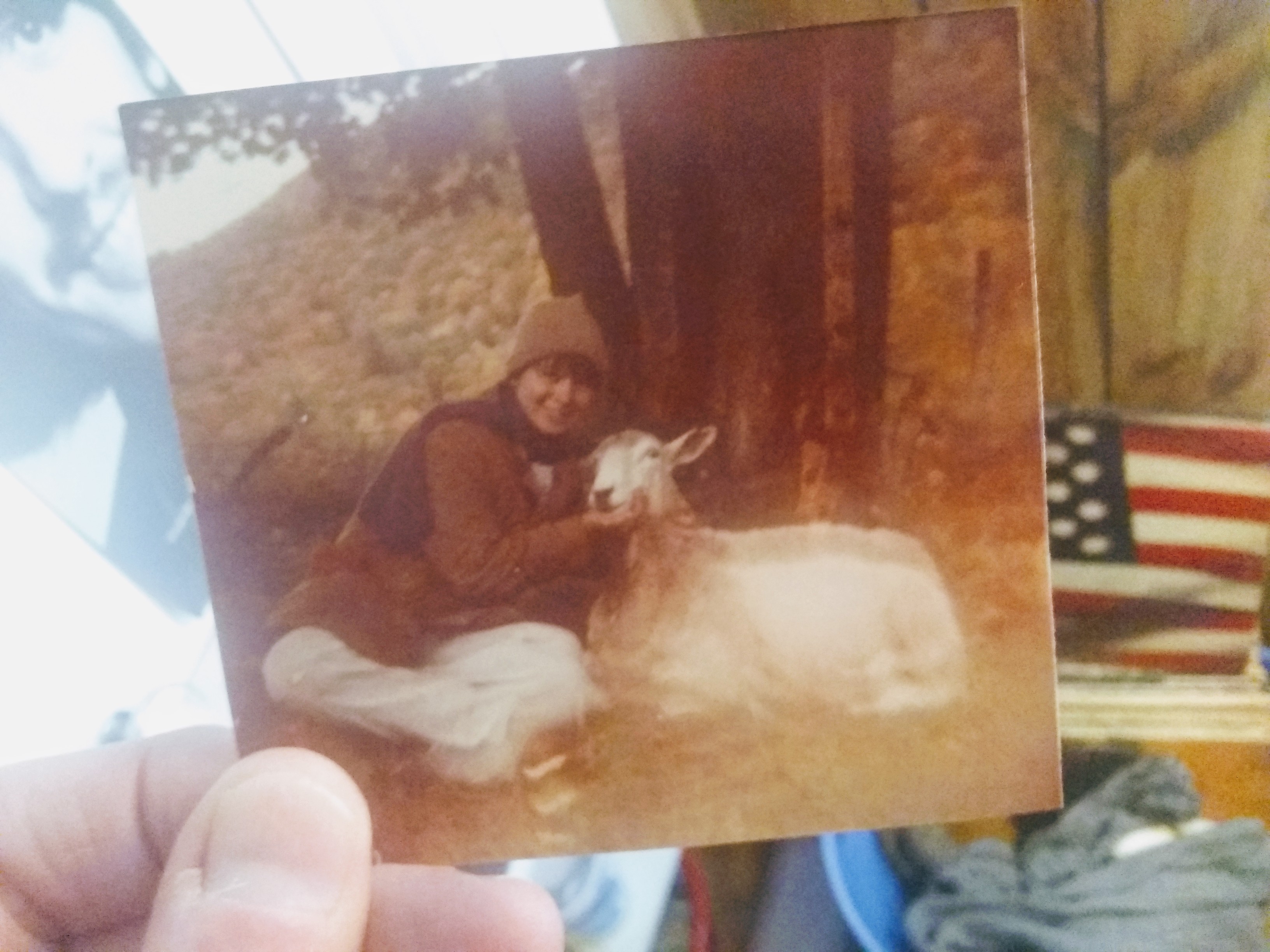 Rose, 19, with sweet ewe, on the VT hippy commune – years ago. Farm animals have FEELINGS! Sheep are so sensitive!