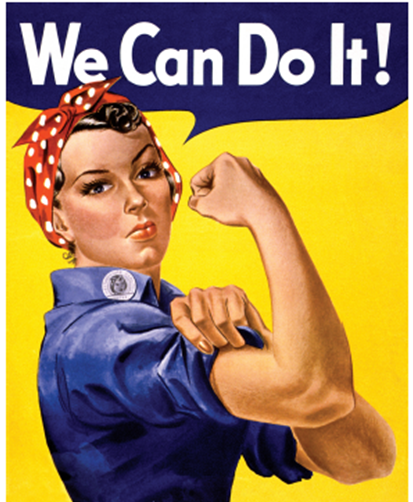 Sometimes one gets the impression that America democracy is dissolving before our eyes as the rank and file rebel against the party elites through the candidacies of Donald Trump and Bernie Sanders.

Part of what voters are rebelling against are the rules set up by these elites to preserve their own privileges and the huge amount of money flooding into the political process because of the Supreme Court decision in Citizens United. Together these two toxins are poisoning the American people’s belief in the Democratic process.

The antidote to these poisons is uniquely American – let the voters decide, not the super-delegates,unpledged delegates, or the party bosses.

The first thing each party should do is abolish caucuses, replacing them with primary elections where party voters choose the candidates. The caucus process embraces a fundamentally un-American concept that everyone knows what candidate you voted for. Unlike a primary, voters can’t go into a voting booth and in privacy select the candidate of their choice. They have to go “caucus” in the corner of the meeting hall for their candidates, where their choices are known to all. This is a situation which lends itself to retaliation and boycotts in which individuals can be targeted for reprisals for supporting a particular candidate.

Caucusing imposes what I call an “availability tax” on working business persons or single parent mothers. If you’re a small entrepreneur (Republican) trying to get a business up and running, taking three or four hours out of the day to caucus means foregoing business opportunities. Likewise, a single working parent (Democrat) trying to support several small children on a minimum wage job (or two jobs) may have to cut back on food, the electricity or some other vital expense to pay for a baby sitter to watch their children while Mom caucuses.

The caucus system is an expensive privilege for many, not a right.

For the two reasons cited above, both parties should replace caucuses with a primary election where voters can walk in, cast a ballot, and leave with the knowledge that their input, anonymously made, counts.

In 1972 the Democrats had one of the worst electoral defeats in history when Richard M. Nixon defeated George McGovern in every state but Massachusetts. After this, the party created “superdelegates.” Wikipedia defines ‘superdelegates’ this way: “These Democratic Party superdelegates include distinguished party leaders, and elected officials, including all Democratic members of the House and Senate and sitting Democratic governors. Other superdelegates are chosen during the primary season. Democratic superdelegates are free to support any candidate for the nomination.” The same website put the number of superdelegates at 719.

Superdelegates were created to prevent another George McGovern from winning the nomination. It seems tailor made to block Bernie Sanders. It reeks of the rancid belief that the people can’t be trusted to make their own choices, and the party bosses should in some exigent circumstance select the nominee against the will of their own party. Selecting the candidate with the most votes is the American way.

The Republicans don’t directly make members of the party’s political establishment “superdelegates” the way the Democrats do. But they do allow their state organizations considerable leeway in creating electoral processes that are favorable to party patricians, and in the case what I call “mini-conventions,” which almost totally disenfranchise the lower party ranks.

The Mother Jones figure seems to include those states, like Pennsylvania, which elected 57 delegates unpledged to any candidate. Some of the Pennsylvania unpledged delegates, to their credit, said in advance they would vote for Trump if a majority of their constituents did. Others stated they would not vote for Trump under any circumstances, regardless of how the majority of the people voted.

Closed primaries are those where only someone who has been a party member for six months or more are allowed to vote. In Massachusetts, Independents can take either a Republican or Democratic ballot, and revert back to being an independent after they vote.

This writer understands why some party members would prefer that the party nominee espouses their party’s basic liberal or conservative brand. A good example of this can be illustrated by the reference to the two second-tier parties in Massachusetts, the Libertarians and the Green Party.
Libertarians advocate shrinking the size of government and reducing governmental interference in Americans’ private lives. How would Libertarians feel if thousands of left-wing Democrats voted in a Libertarian primary for a Libertarian nominee who wanted to double size of government and insert government totally into the private lives of all Americans? Probably the same way the Democratic Party establishment felt about large numbers of independents entering the Democratic primary to vote for Bernie Sanders.

The Green Party is at its heart an environmentalist party. How would the Greens feel if thousands of right wing Republicans entered the Green Party to pick a nominee who favored fracking and land strip mining? Probably the same way the Republican establishment felt about thousands of independents flooding their primary to support Trump.

The two party system has served America well. To preserve this system, the two major parties need to have the elasticity to absorb elements such as those supporting Trump or Sanders. The closed primaries should be abandoned. Otherwise, as John F. Kennedy warned in his inaugural address: “Those who make peaceful evolution impossible make violent revolution inevitable.”