Below: Check out this ol’ photo from the Worcester Historical Museum! Embrace the glorious porches! When so many of our city neighborhoods had sturdy, even beautiful, decorative, back and front porches … You could park 4 or 5 of your old kitchen chairs on them, invite family and socialize … Or you could just amble over to a city park. 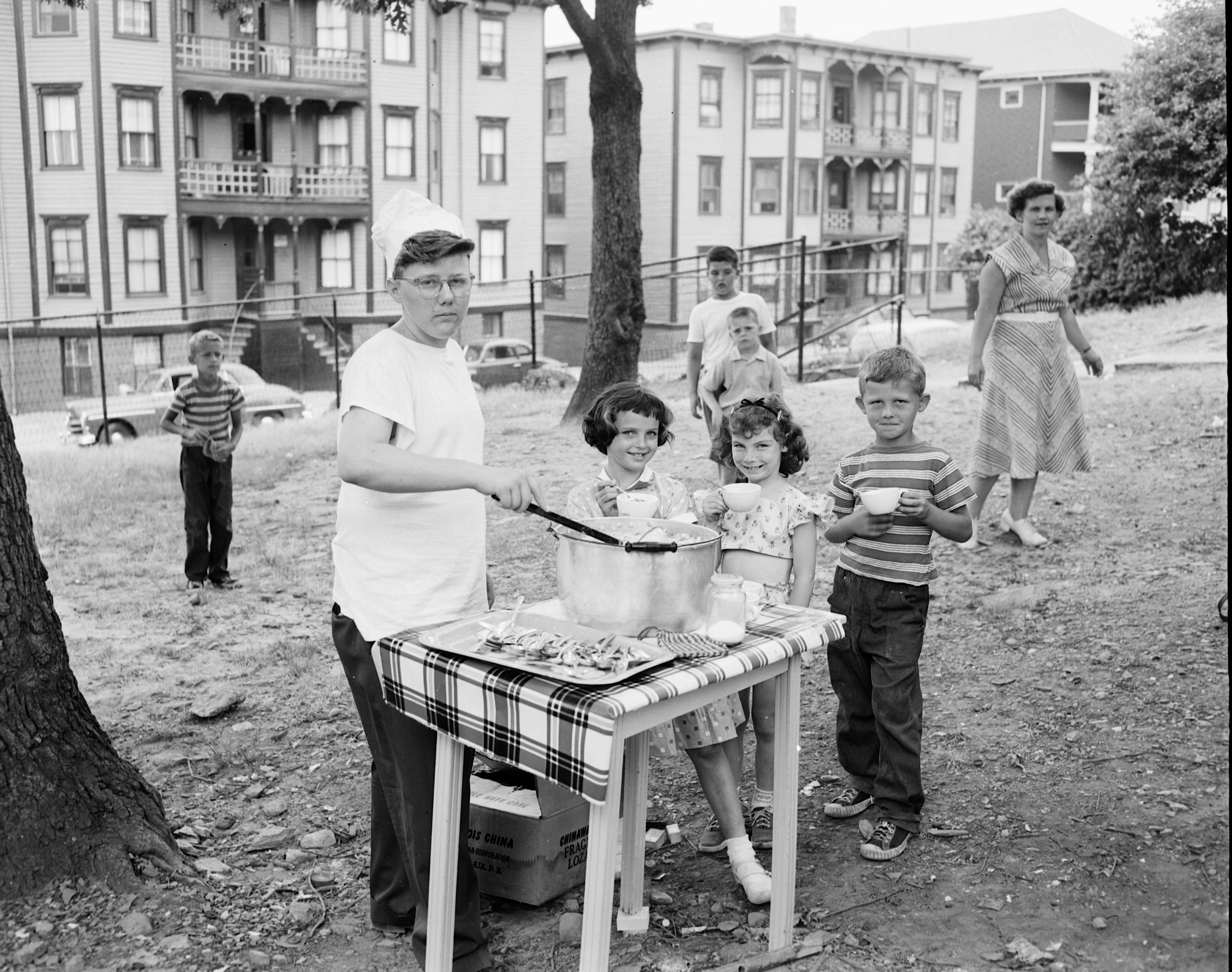 Below: Worcester’s Green Island – my neighborhood – today! Very few front porches – most of them have been torn down.😥😥😥 The ‘hood loses some of its social spiciness! I remember as a kid standing on our back porch chatting with my next door neighbor who was standing on her back porch. You could also stand on your porch and yell up or down to your upstairs or downstairs neighbors who were hanging out on their porches! 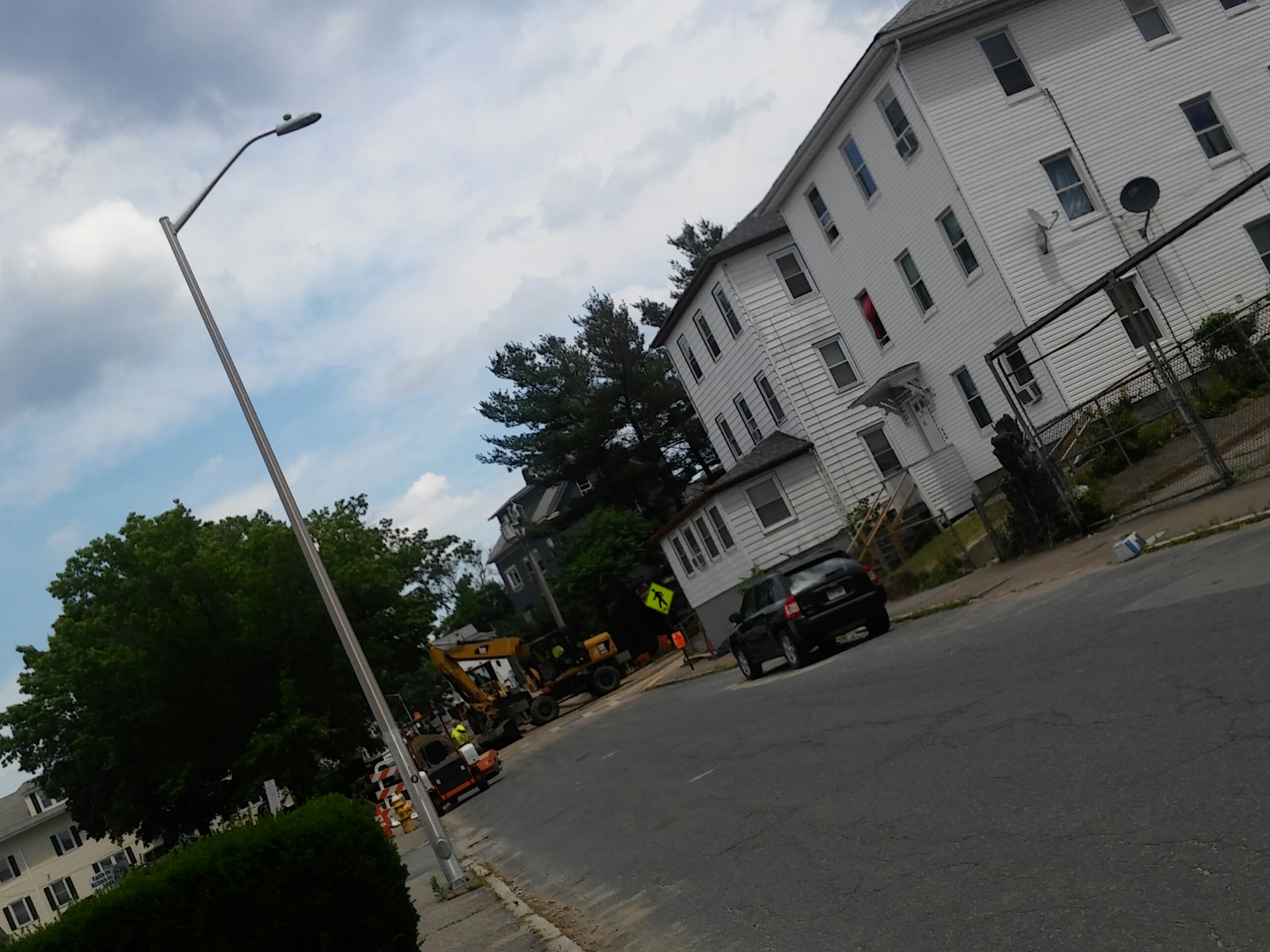 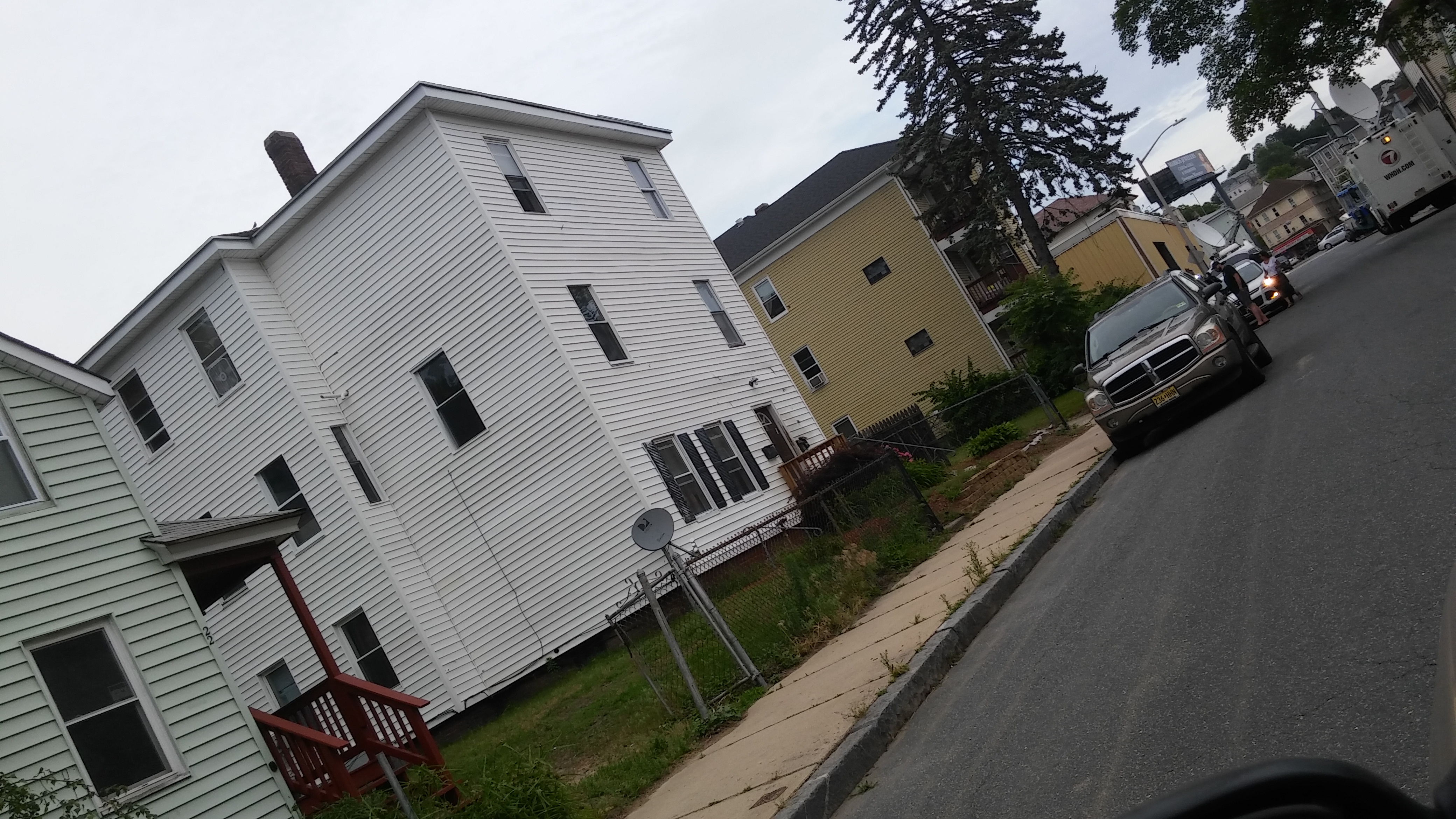 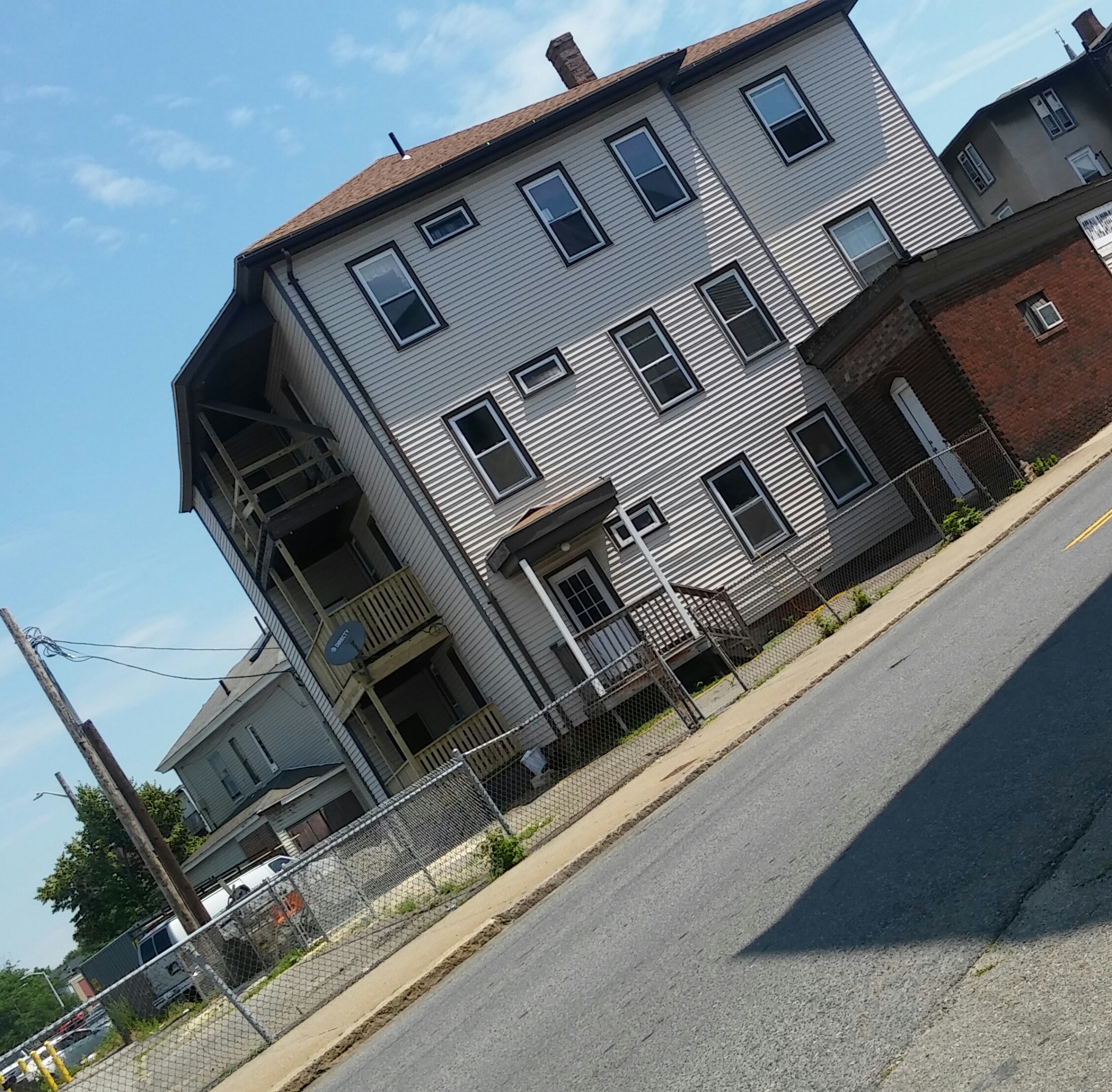 … Streets most likely named after, like all the streets in my ‘hood – some of the oldest streets in the city💙 – Revolutionary War poo-bahs or Worcester industrialist hoo-hahs. I was born on (French general) Lafayette Street, my kid sisters had friends on nearby (General) Lodi Street. Was Harding Street the namesake of some military dynamo-killer, too?

Ahhhh, but I digress! Check out the new beautiful porches in my neck of the ‘hood! Take note of what the NEW landlord has done to Worcester City Councilor Konnie Lukes’s old (as in former) slum building on Harding Street: he’s torn down Lukes’s former, God-awful, rickety, dangerous, paint-peeling-and-faded, OUT OF CODE, eye-sore slum porches! He is putting new beautiful ones up! Ones that aren’t baby/toddler death traps! Yay!💗💗💗 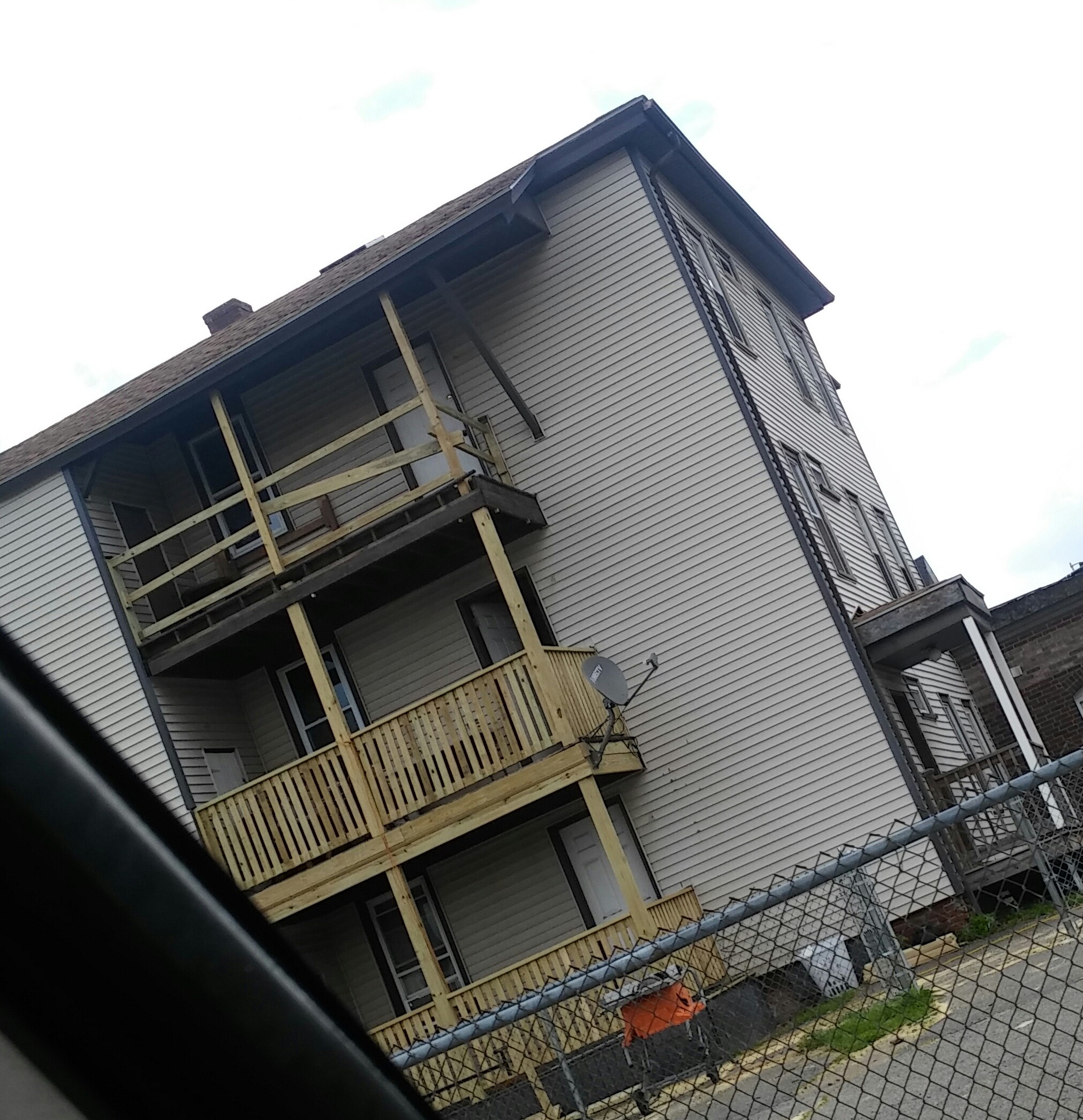 The new landlord has actually HIRED capable contractors – a move the cheapskate Lukes would abhor – who expertly REBUILT AND REPLACED Konnie’s old crap last week. Just a few months after buying Konnie’s urban mess…the one she and hubby Jim turned a blind eye toward FOR YEARS as she, on the City Council floor, preached urban core revitalization, tidiness and brightness yet owned the shittiest rental property. Of course, she and Jim lived on the swanky Woo West Side and vacationed at their Cape Cod home – far away from us hoi polloi!!!

Hah! Konnie, Ms. Crusading City Councilor … at Worcester City Hall railing against the disrespect shown inner-city Worcester at every turn, but shitting all over her in “real life”! The hypocrite!

When I saw the new porches being built the other day, I shouted: “GREAT JOB, GUYS!” to the crew working so hard in the summer heat wave. I gave them a thumbs up! They grinned and shouted back to me! The new porches: so safe and in compliance – a definite lift to the Harding Street/lower Endicott Street area, these pressure-treated, sturdy back porches!

Here’s what the porches used to look like (for years, up until a few months ago), when City Councilor Konstantina Lukes owned them/the building: 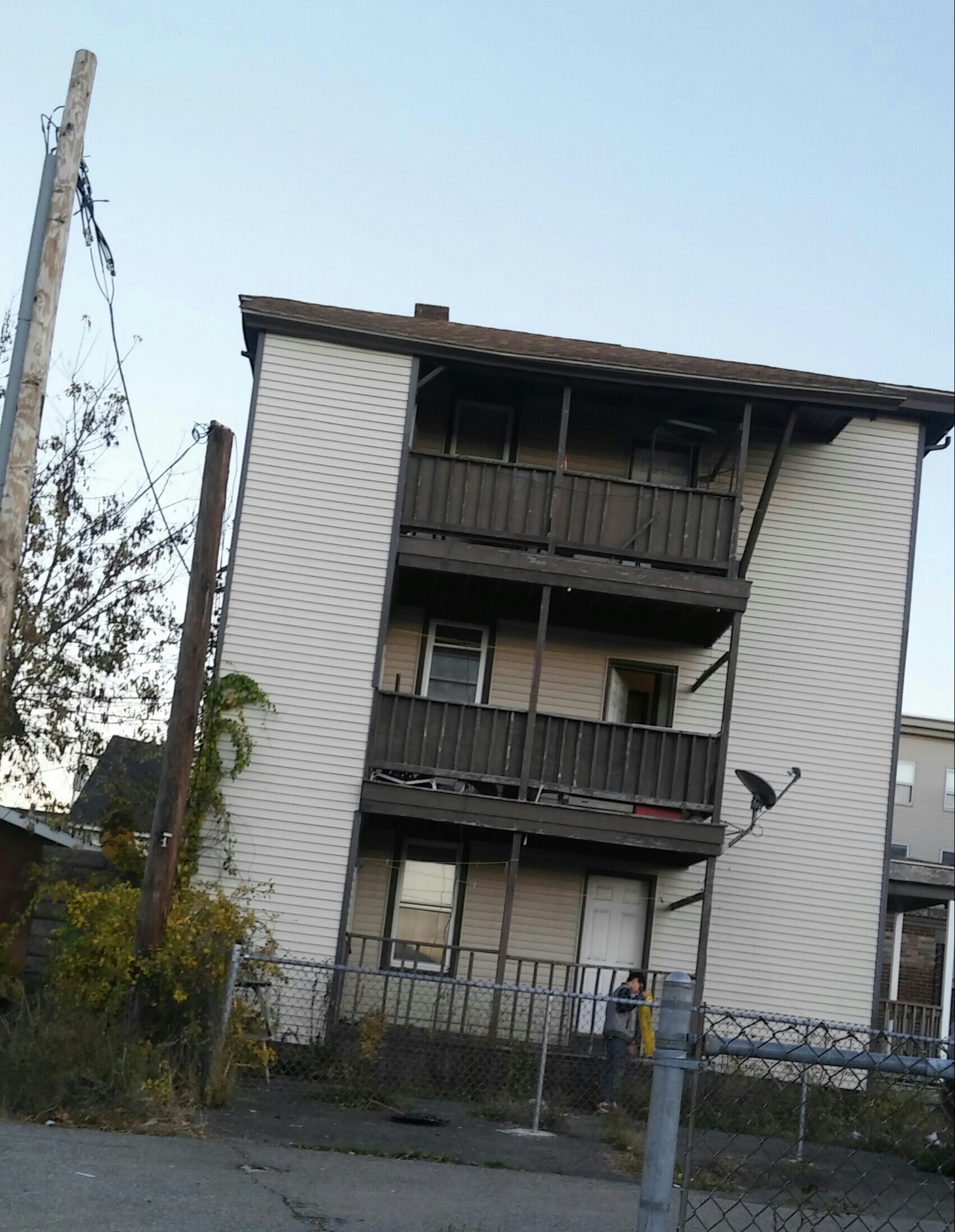 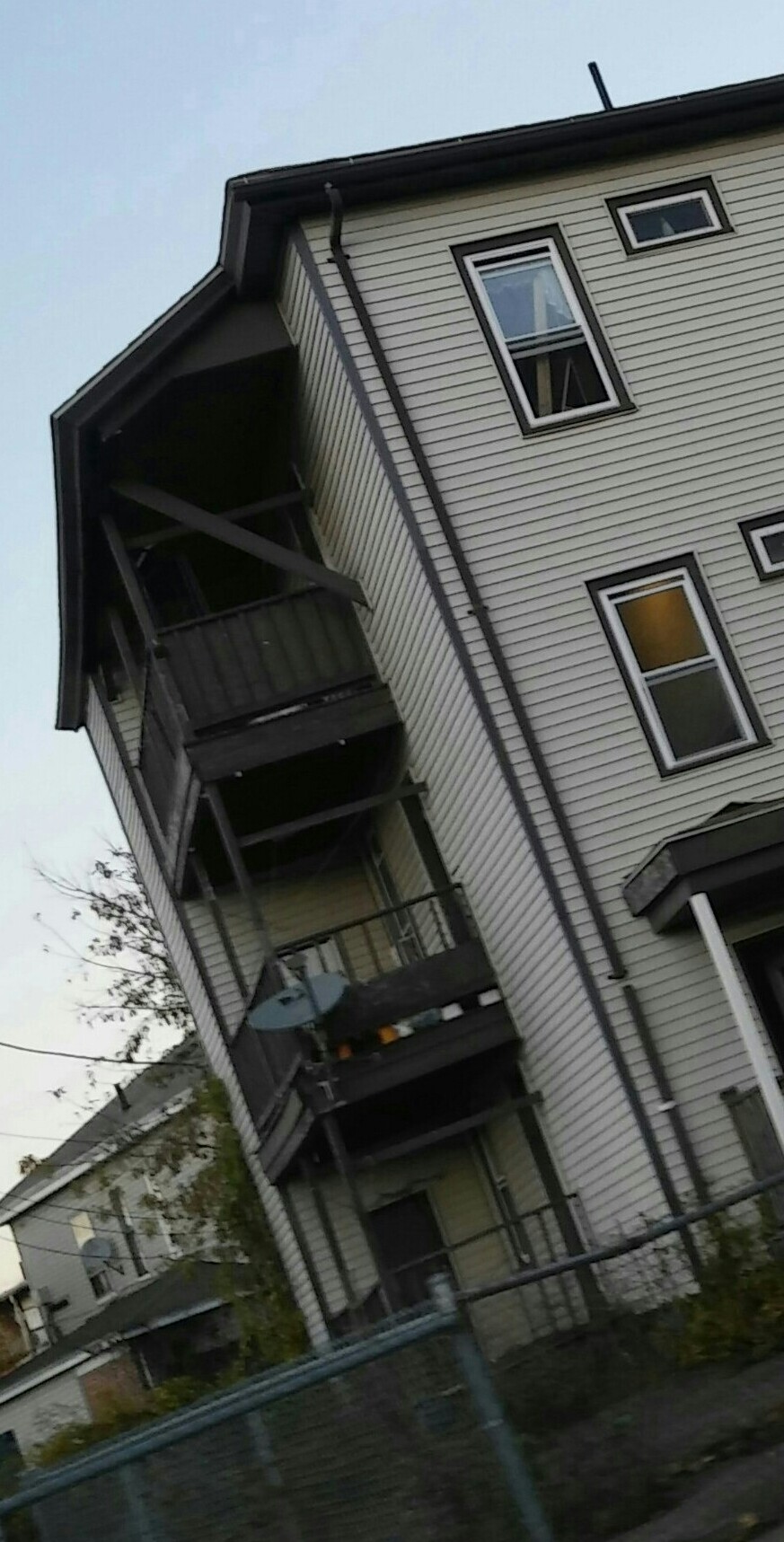 Jim and Konnie’s other rental property, a few streets away in Green Island, made the newspapers as photogs rushed in to take pictures of her apartments with their gurgling, non-functioning toilets and a single light bulb hanging from a cord in a kitchen – the only “light fixture.” Like in a 1940s prison movie.

Why did Konnie even pretend to care about Worcester’s urban core when she so blatantly hurts us?

Why is she still on the Worcester City Council?

At this point in her overly long Woo political career,  nothing. Lukes is simply a REACTIONARY who adds zippo to the urban conversation. She was always the City Council naysayer: now she’s morphed into someone dangerous. Some one, like Turtle Boy-Aidan Kearney and his brigade, who shouts NO! to the new Worcester and the challenges she faces: refugees from the Mid East, Africa and other war-ripped regions; poorer people; hungry children – 1 in 4 Worcester kids goes to bed hungry; folks with no entry into the working class; heartless, absentee, do-nothing landlords in place of the old non-greedy, pretty nice, property-loving Worcester three decker landlords of just 10 years ago … a city core unable to right herself because the new global economy is just not there for the regular folks who live here.

For City Councilor Konnie Lukes – on the heels of the tragic deaths of the 2 Woo babies this past week, for her to intimate on the City Council floor that their deaths were a “refugee” problem is pure evil. A la the Turtle Boy brigade.

Konnie Lukes needs to go – not run for City Council and win office for the umpteenth time. Several years ago she told me she would not run for public office if there were new candidates she liked to replace her (read: reactionary, like Konnie…Calling Michael Gaffney and his tool, Coreen!!) I was pleased with Konnie’s decision. She was in her early 70s back then and had almost a half century of public “service” under her girdle belt. But Lukes can’t let go of the spot light – and all the free perks$$$ and the almost $30,000 per year Worcester City Councilor “stipend.”

This city has left Konnie Lukes and the Turtle Boy creepos way behind. And they cannot adjust to the new reality … . Konnie, like Aidan Kearney,  no longer “gets” her city, cannot embrace her new people/cultures/challenges. Her ignorance, her anger, her belief that to solve our social problems all we need to do is lock folks out of/turn folks away from Worcester, an IMMIGRANT CITY, is a REACTIONARY move. Dangerous. 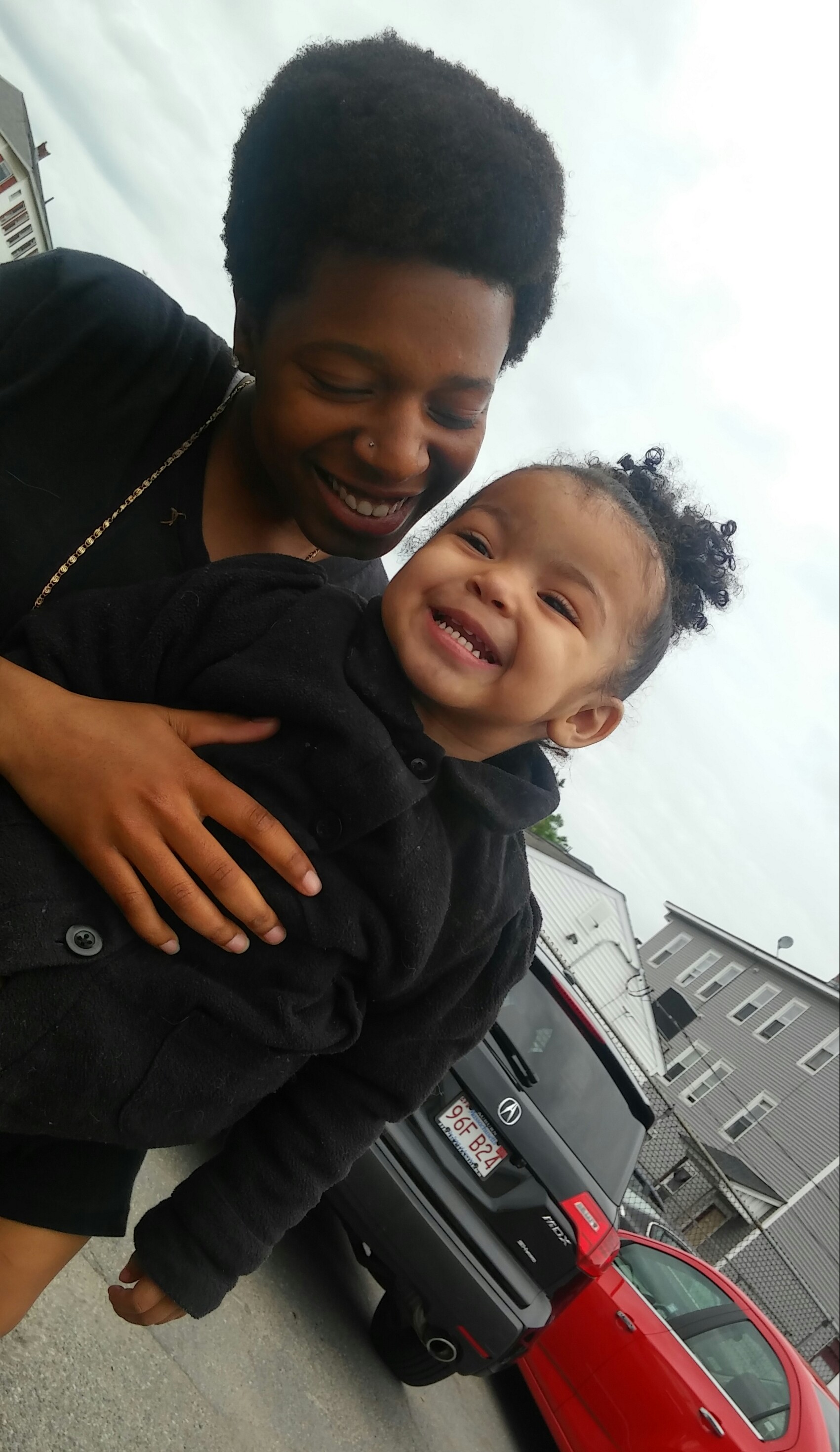 … but Konnie’s old porches are a good place to start.