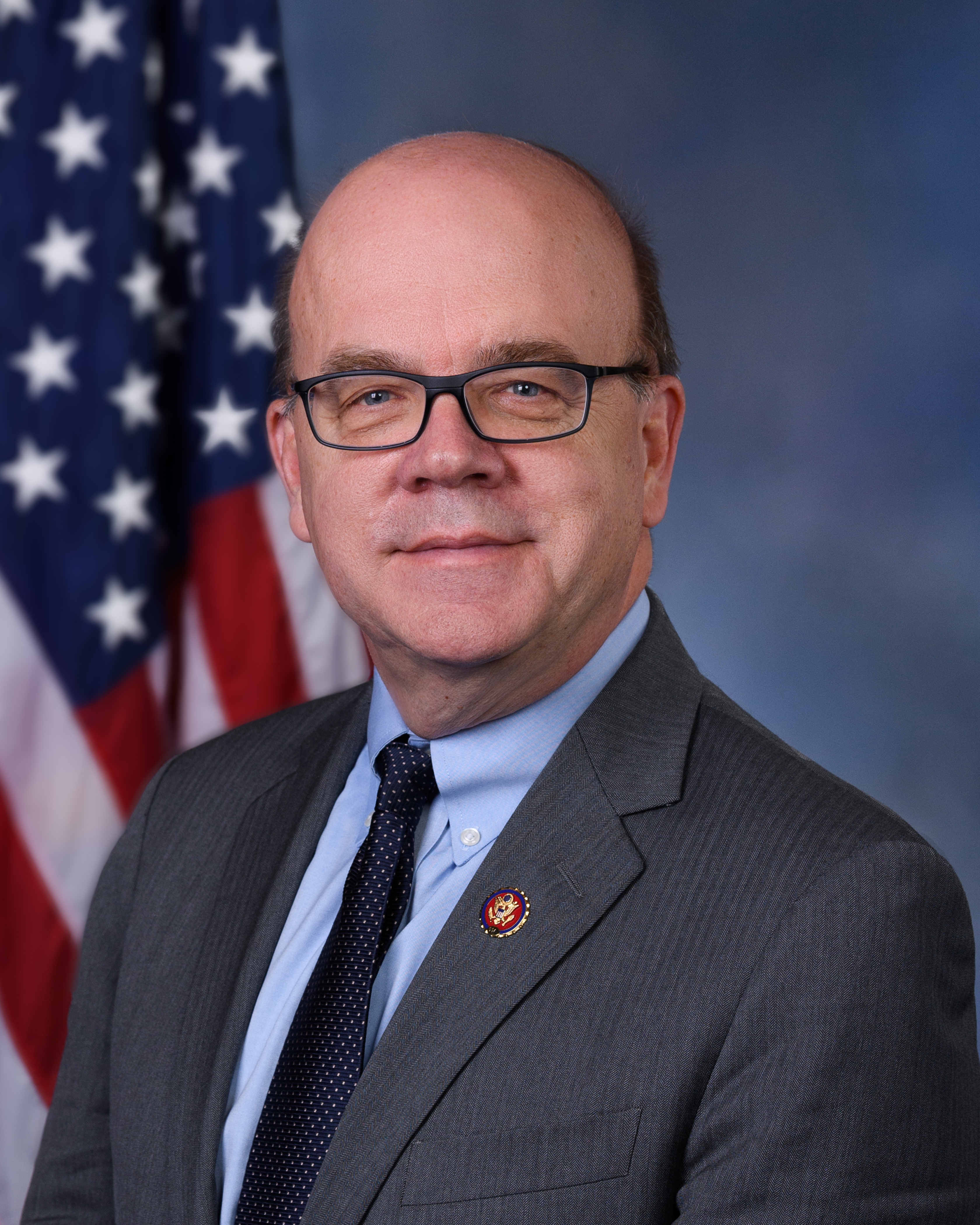 “Trump’s proposal would wallop working families in Massachusetts, where the cost of living is high and the flexibility of categorical eligibility is crucial.”

Congressman James P. McGovern, Chairman of the House Rules Committee and an outspoken advocate on ending hunger in America, released this statement following news that the Trump Administration plans to cut over 3 million low-income Americans off of SNAP:

“I am disgusted, but not surprised, that Trump is once again attacking hardworking Americans trying to pull themselves out of poverty. He promised to look after the forgotten men and women of America – the poorest and most vulnerable in our society – yet time and again he slashes the very programs these families rely on so that he can give tax breaks to his wealthy friends. I am particularly concerned that school-aged children will be hit hardest by this proposed rule. Over 500,000 low-income kids would lose automatic eligibility for free school meals if this rule goes through.

“Democrats and Republicans in Congress already rejected cuts to categorical eligibility in the Farm Bill that we passed last year. This is an end run around our decision and we will not tolerate that. Trump’s proposal would also wallop working families in Massachusetts, where the cost of living is high and the flexibility of categorical eligibility is crucial.

“This proposal is rotten, it’s wrong, and we’re going to fight it tooth and nail.”

Last week, McGovern took to the House Floor to explain how the specific cuts the administration is proposing will disproportionately hurt Massachusetts families: 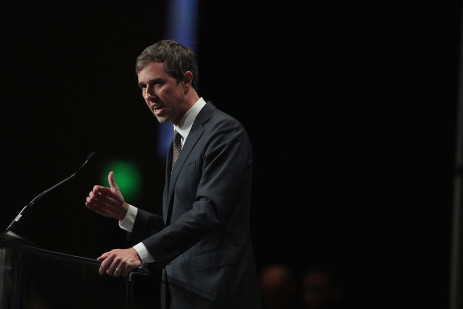 From Beto for America:

My name is Jodi. I’m a long-time Beto supporter from Temple, Texas. I wanted to take a minute to share why I believe so deeply in this campaign for president.

I’m a single mom of two: a girl and a boy, aged 17 and 10. My son was born nearly 11 weeks premature. He required a long stay at the NICU, and has suffered from medical problems, including epilepsy, for most of his life. And when he was 5 months old, my daughter was diagnosed with a rare cancer.

Even with health insurance and COBRA, I had to use my life savings to pay for their care. They’ve both grown up to be healthy, thankfully, but I’m terrified knowing that because of their pre-existing conditions, the rug could get pulled out from under us and their health care could be taken away.

Beto’s plan would fix that: He’s fighting for universal, guaranteed, high-quality health care. He’s fighting for a world where people like me — and the millions of Americans who have experienced the same, or even worse — won’t have to worry about how we’ll afford to keep our children safe and healthy. Most importantly, he’s doing it all by talking and listening to regular people. Not the health insurance lobby. Not pharmaceutical CEOs. Just us.

That’s why I believe in Beto O’Rourke. It’s why I supported him in his Senate race, and it’s why I’m supporting him for president today. …

The truth is, what happened to my family isn’t unique. In fact, I consider myself fortunate that we made it through without racking up mountains of medical debt. But that’s not the case for everyone.

Millions of people are in a position where a single diagnosis could send them into severe debt; that they might have to choose between putting food on the table for their families or seeking treatment for an illness. My family went through that. And to me, electing Beto and fighting for his vision is the best way to make sure no other family goes through the same thing.

From Health Care for All:

BOSTON — TODAY, Thursday, July 25, Senator Jason Lewis and Representative Christine Barber will host a legislative briefing open to press. At the event, Health Care For All and the Massachusetts Prescription Drug Affordability Coalition will reveal the results of a statewide survey regarding the rising cost of prescription drugs and potential solutions to address this problem.

About Health Care For All (HCFA):

Health Care For All is a non-profit advocacy group that envisions a Massachusetts in which everyone has the equitable, affordable, and comprehensive care they need to be healthy.

Health Care For All advocates for health justice in Massachusetts by working to promote health equity and ensure coverage and access for all.

The Massachusetts Prescription Drug Affordability Coalition is broad and represents a wide range of stakeholders. This includes seniors, individuals with disabilities, individuals advocating for mental health care, other consumers across the state, faith-based organizations, physicians, and health policy experts.

Victory! Parliament Bans Use of Wild Animals in Circuses in England! 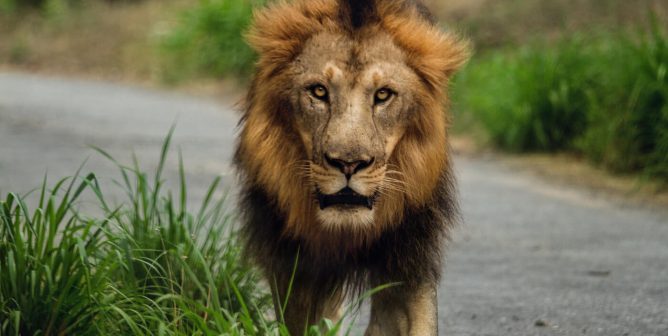 Wild animals are not trainable – will kill when they “snap,” sometimes after years of “training” at circuses, zoos, etc.

Posted by Priya on July 24:

Celebrations are in full swing at PETA after the UK Parliament finally passed a bill to ban the use of wild animals in travelling circuses across England.

Following years of campaigning by PETA and other animal protection organisations, from 19 January 2020, circus operators across England will no longer be able to exploit wild animals in the name of human entertainment.

Environment secretary Michael Gove introduced the bill in May, stating, “Travelling circuses are no place for wild animals in the 21st century and I am pleased that this legislation will put an end to this practice for good.”

Our campaign against wild-animal circuses has included e-mail actions, in which PETA members contacted their MPs on key dates and around debates in 2011, 2014, 2016, and 2017. Some celebrities even stormed Parliament in eye-catching protests that were hard to ignore.

Our petition urging Gove and ministers before him to introduce a ban generated tens of thousands of signatures – a testament to the shift in perspective on animal rights and the growing calls for the government to take action against animal exploitation.

The campaign has also involved powerful PETA ads over the years, including ones starring well-known acts such as Little Mix and Ashleigh and Pudsey. Targeted ads were also released, including a 2012 image of then Prime Minister David Cameron in clown make-up, encouraging him to stop clowning around and enact the ban he had promised, and a 2017 ad that ran in The House magazine, reminding ministers that lions belong in the wild, not in chains. This year, we also gave oral testimony before the Parliament committee discussing the bill that will now become law.

The campaign has been long, and UK animal protection groups put forward unified initiatives, such as a 2012 open letter encouraging the government to reverse its decision to pursue a licensing scheme rather than a ban. Groups including the RSPCA, Animal Justice Project, the Born Free Foundation, Animal Defenders International, Viva!, Animal Aid, and the Captive Animals’ Protection Society also joined PETA in sending a letter in 2016, at the return of Parliament, to remind then Prime Minister Theresa May to roll up her sleeves and get to work on introducing a ban.

Forcing wild animals to perform confusing tricks is a barbaric practice that has no place in a compassionate society.

Wild animals used in travelling circuses are carted from one venue to another in cramped cages and barren trailers and are taught to perform tricks through the threat of punishment. 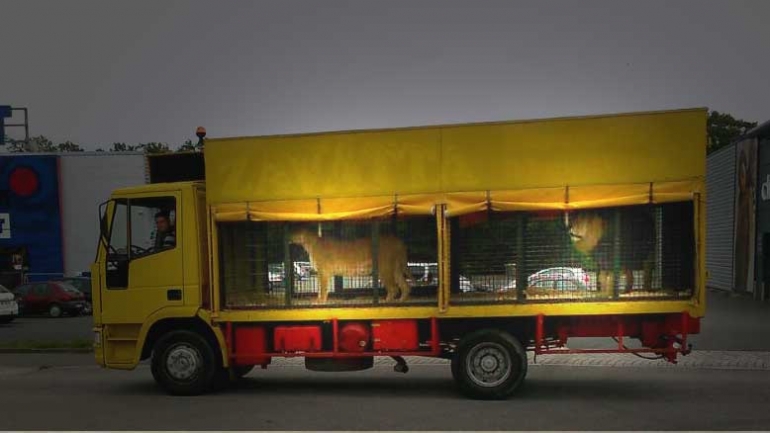 In trucks – many die from the stress and the elements

People around the world are recognising that wild-animal circuses are cruel, and many countries have made these inhumane spectacles illegal. By July 2017, nine European Union member states had outlawed the use of wild animals in circuses, and both Ireland and Scotland implemented bans last year. A bill to prohibit the use of wild animals in travelling circuses in Wales has also been introduced in the National Assembly for Wales, and we eagerly await its passage into law.

Never, ever attend a wild-animal circus or any other exhibit that exploits animals for entertainment. Instead, opt for animal-free family activities!

Pathetic. There’s a British recession on the horizon: 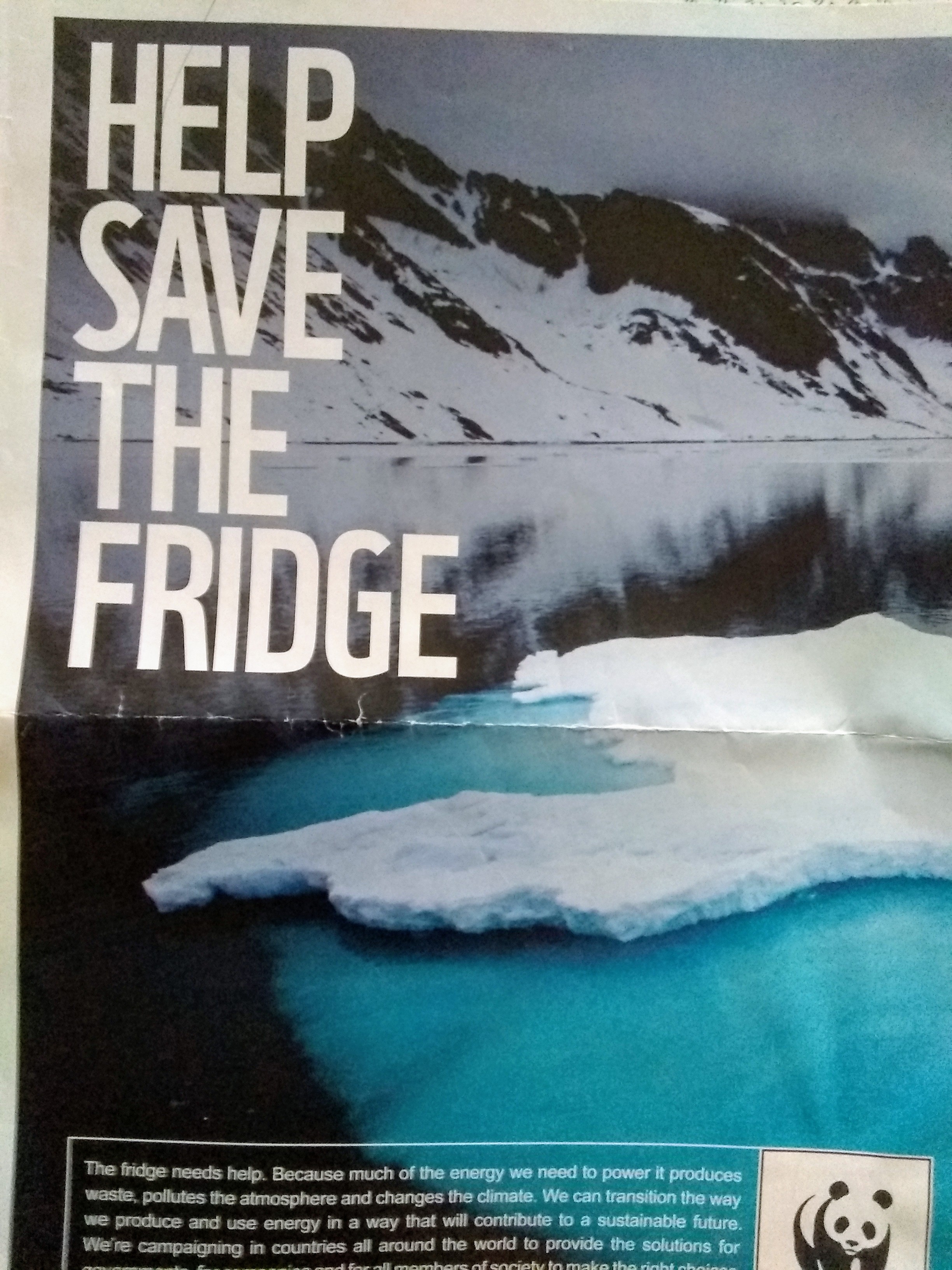 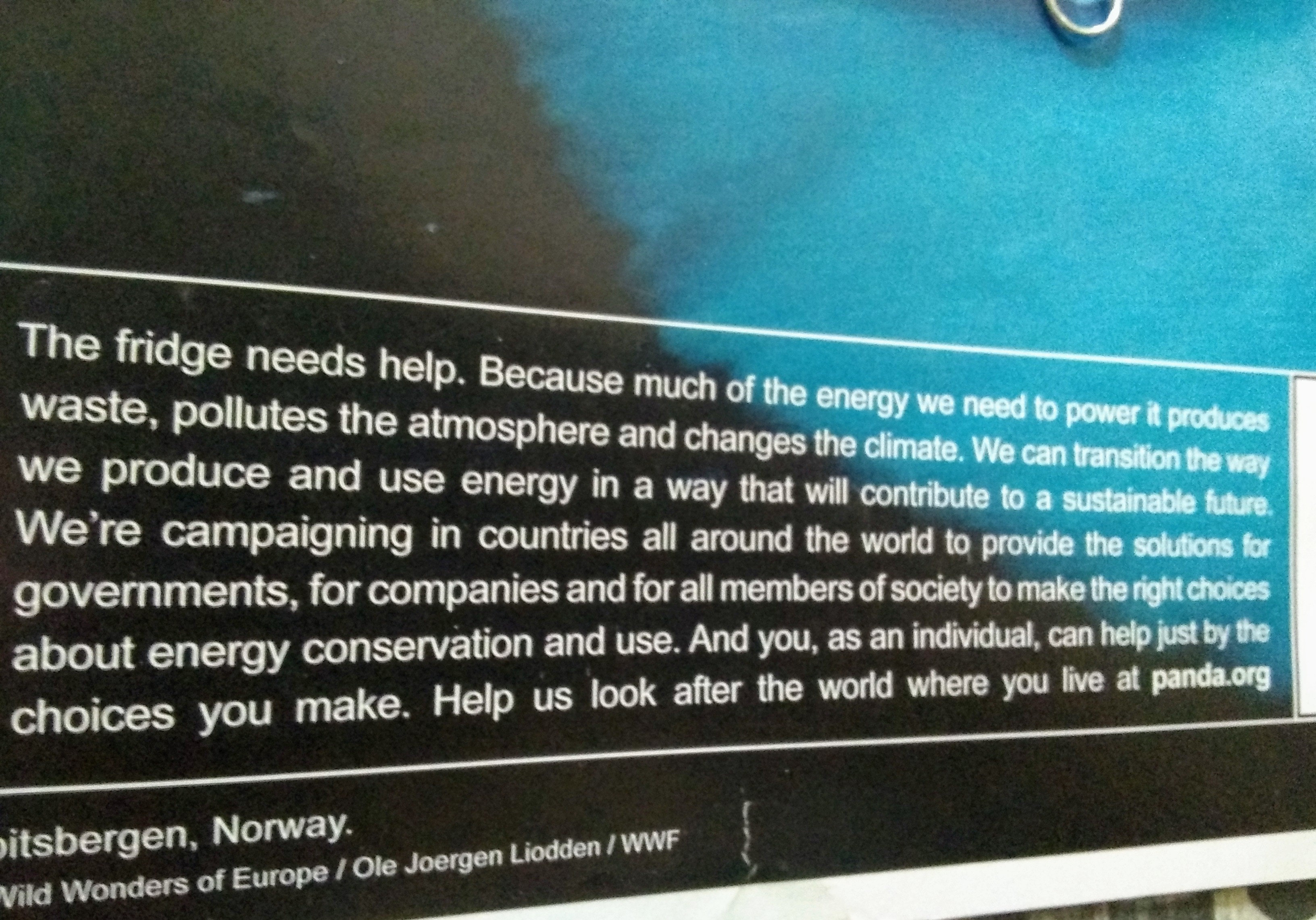