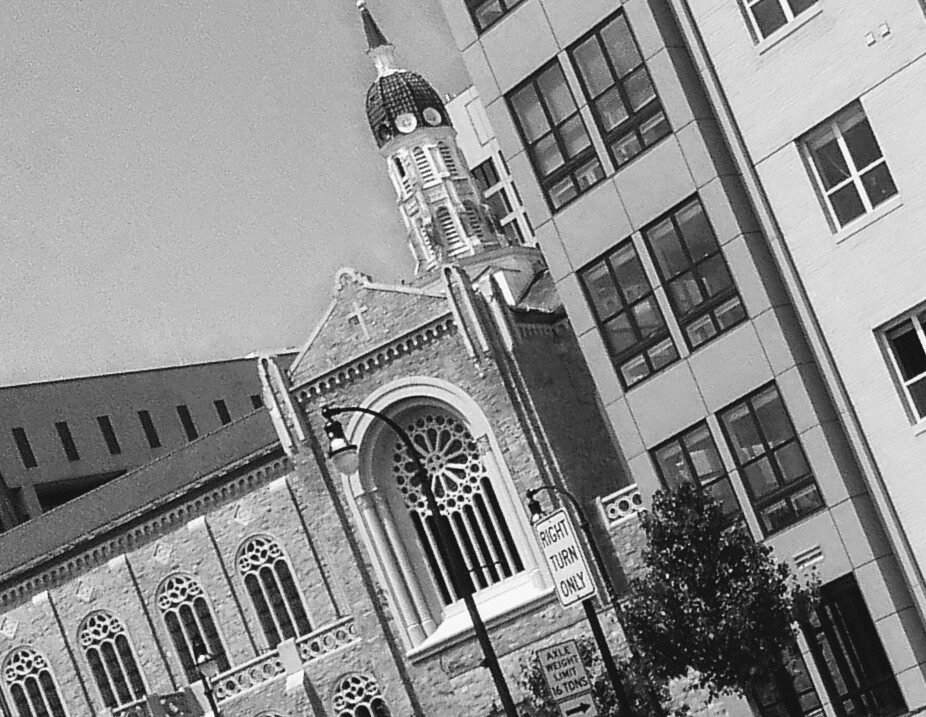 Most of the windows not removed by the Diocese of Worcester are still in place.

Having followed closely the gradual abatement of hazardous materials from Notre Dame des Canadiens former church building in downtown Worcester, the Save Notre Dame Alliance sees that most of the stained-glass windows not previously removed by the Diocese of Worcester have remained in place.

The Alliance has always assumed that these windows would be salvaged.

However, with the removal of the lexan panels that protected them, some of them have been damaged.

This damage raises the question: If Notre Dame is actually demolished, what would be the fate of the stained-glass windows? Is the plan to save the windows?

A number of smaller windows at the rear of the building include those illuminating the former sacristy.

Many of these have been removed for the installation of an air filtering system, apparently associated with the asbestos-abatement process.

Was their removal done carefully enough to allow them to be reused?

Will they be salvaged?

Why should the Alliance be concerned about the future of these windows? At the time of the completion of the building in 1929, Notre Dame’s windows were called the finest in the city. They are part of Worcester’s artistic patrimony.

The most elaborately decorated of the surviving windows are the large, arched clerestory windows located along the sides of the former church. Colorful stained glass also survives in the two rose windows in the transept. Smaller stained glass windows can be found at other locations around the building. Neither the larger nor the smaller windows include images of religious figures, as did those that were removed by the Diocese. Yet, these surviving windows are examples of fine craftsmanship and high-quality artistry, and are very beautiful. Several are inscribed with the names of their donors. Thus, they are significant not only aesthetically but also historically. They may also be of personal value to family members of the donors. These windows deserve salvaging … 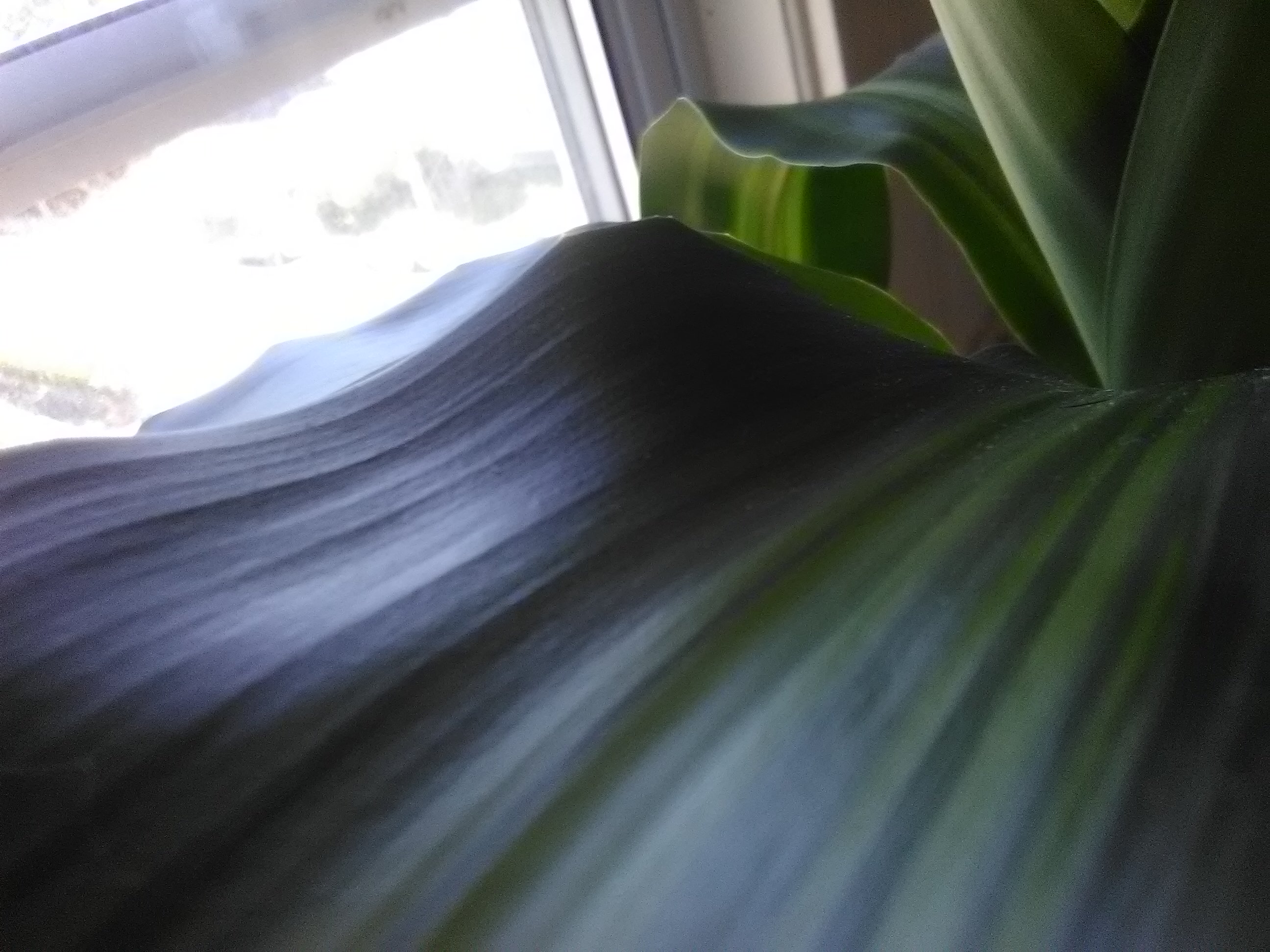 … On Friday, July 13, at 11 AM, we will host a ribbon cutting to celebrate the installation of a new ADA accessible raised bed at the Worcester Senior Center garden [in Vernon Hill].

When asked about how this partnership, with Fallon, benefited residents, Erin Wilson, Assistant Director of Resident Services at the Worcester Housing Authority says: “The community gardens at Worcester Housing Authority
have brought a sense of community among our gardeners. They get together and help each other grow
beautiful vegetables and flowers. The opportunity for them to get out and grow something of their own not
only provides healthy food for our residents, but the opportunity to engage with neighbors and get
outdoors.”

Gardens at the Worcester Senior Center are maintained by the Chinese Elder Group.

Members reported that the Worcester Senior Center Community Garden gives them a place to plant the vegetables and herbs that they love but didn’t have space to grow elsewhere. The Community Garden also serves as a meeting place early Friday morning for them to enjoy the outdoors, the greens and to pick edible wilds while weeding at the same time.

Partners on this project include the REC, Fallon Health, Worcester Housing Authority, Worcester Senior
Center, and the Division of Public Health.

The Regional Environmental Council of Central MA (REC) is a grassroots environmental and food justice
organization located in Worcester’s Main South. Founded in 1971, REC is dedicated to building healthy, sustainable and just communities in and around Worcester. REC’s major initiatives and programs include: YouthGROW, a year-round
youth employment and leadership program for low-income teens on two urban farms; UGROW, a network of community and school gardens; the REC Community and Mobile Farmers Markets, bringing healthy, local food to low-income and food-insecure locations across the city. 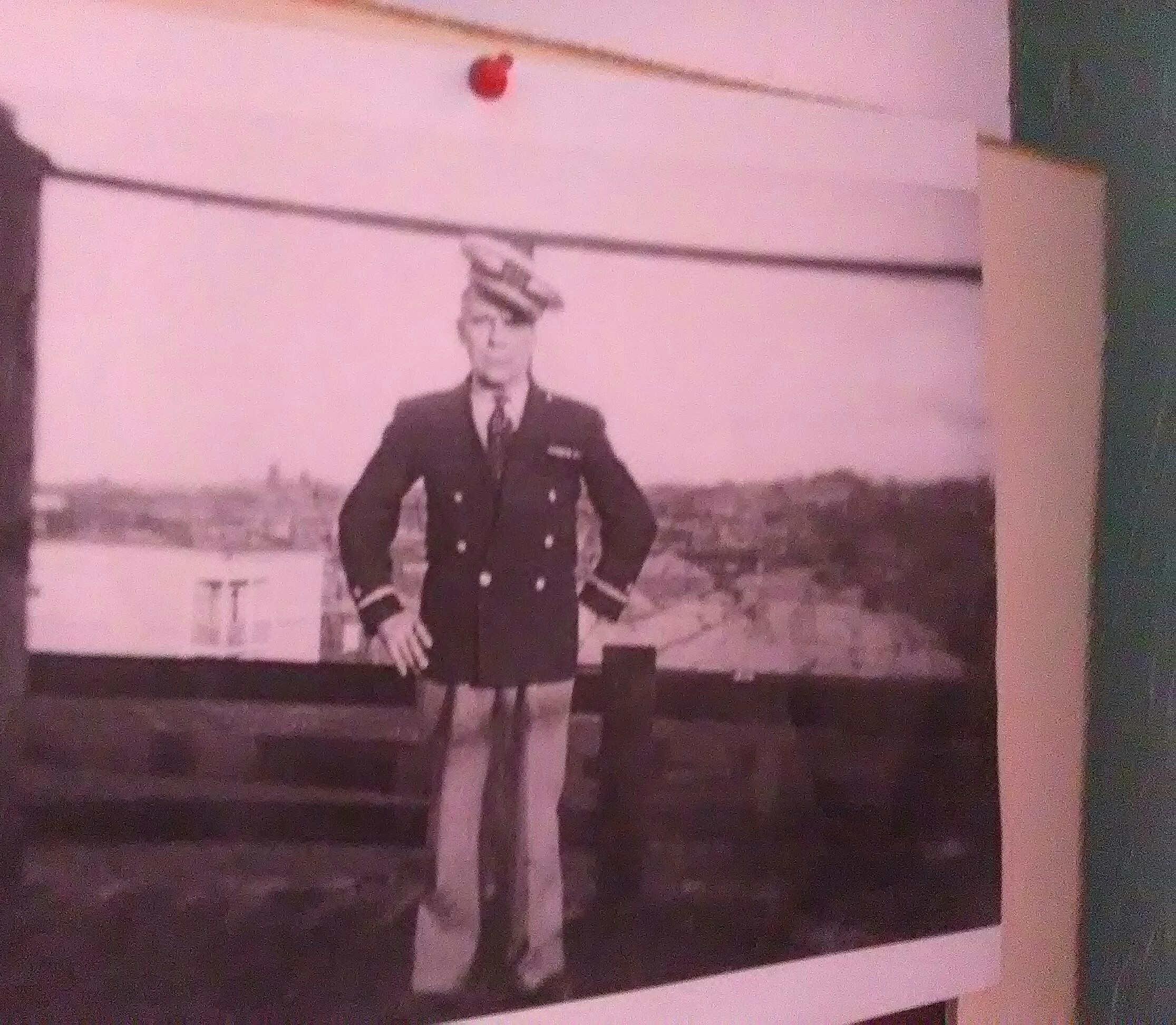 Rose’s Jadju, circa World War II. A Polish immigrant, a stranger in a strange land, Jadju nonetheless grew to embrace his American-ness. Here he is on the roof of Green Island’s “The Block” where he and his family lived, proudly, clumsily, comically 😊, wearing the U.S. Naval uniform of his son (Rose’s uncle) who fought in the War. “Ted” was home on leave.

Maybe all refugees and immigrants don’t assimilate the way Donald Trump – who got himself several deferments during the Vietnam War because of his alleged heel bone spurs. Ha! – wants them to, but most new comers are thrilled to be Americans. Many would die for America! Their kids and grandkids are the biggest strivers and patriots – thousands upon thousands have proudly served in all branches of our U.S. Military!🇺🇸🇺🇸