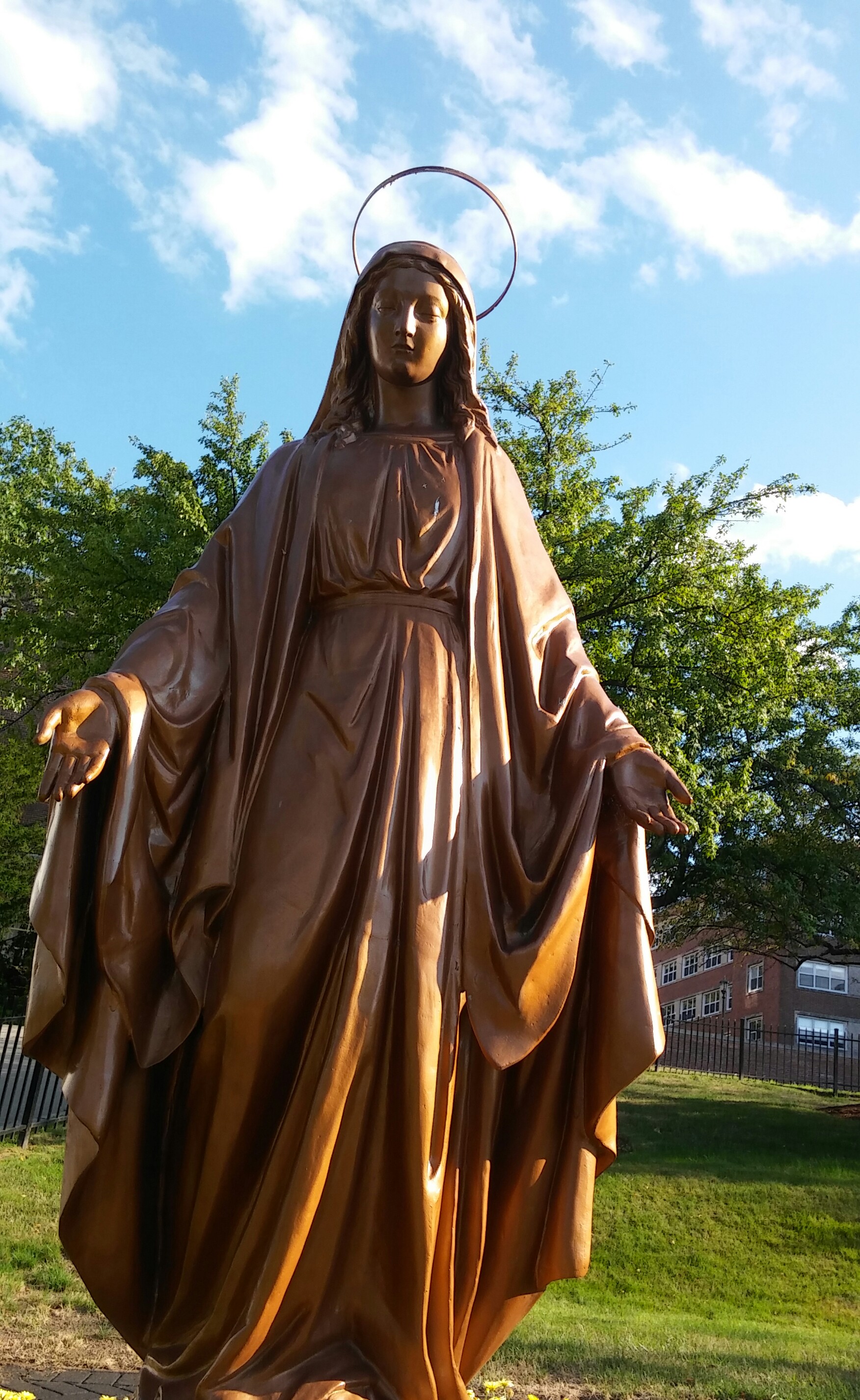 Let’s all pray to the Virgin Mary: “PLEASE, Blessed Mother! NO DONALD TRUMP FOR AMERICA! pic:R.T.

Donald Trump is beginning to remind one of Christopher Lee’s “Dracula.” In the 1950s and 1960s Lee portrayed Dracula as the villain who couldn’t quite be kept down. No matter how many stakes were driven through his heart, Dracula kept coming back to life. Donald Trump’s ability to extricate himself from gaffes which would have destroyed any other candidate is, as Trump himself would put it, amazing. Just in the past week:

• Trump attacked the parents of a Muslim-American war hero after the hero’s father criticized Trump at the Democratic convention. The result was a huge backlash against Trump by other “Gold Star” families, and members of the military.

• In a first in American history, President Back H. Obama denounced Trump as “unfit” to be President.

• At a time when the Democrats are coalescing behind Clinton, Trump declined at first to endorse the primary re-election efforts of House Speaker Paul Ryan, Arizona Senator John McClain, and New Hampshire Senator Kelly Ayotte.

• Some Trump campaign personnel reportedly claimed to the mainstream media that some campaign staff members were suicidal, and that former House Speak Newt Gingrich wanted an ‘intervention” to get Trump to act in a more disciplined manner.

Most disastrous of all, Trump’s poll numbers plummeted. He is now supported by 1% of Afro-Americans, is probably plunging to that level among Hispanics, and Clinton is seeing gains among white women, and educated white men.
Been here before

We’ve been here before. Beginning with his June 2015 denunciation of Mexican immigrants as drug dealers and rapists, Trump’s political obituaries have appeared with some regularity in the media, only to see Trump afterwards rise from the politically dead like Lee’s Dracula and go on to successive electoral victories.

A big part of the problem is the 24/7 news cycle where, what might have been a minor embarrassment in the past, is blasted through Cable television and the Internet repeatedly all day long. The political pundits seem not to looking beyond the twenty four hour news cycle. The winner of a news cycle will not necessarily be the winner of the election.

The state department has a phrase for what could happen next: “overtaken by events”. Any day now there could be an event which will divert America’s attention and restore Trump’s campaign. There could be another terrorist attack at home, a massive economic problem, or what Donald Rumsfeld called an “unknown unknown” – a problem we didn’t conceive of could happen.

There are also the Presidential debates starting in September. If Trump resoundingly defeats Clinton, and comes across to the electorate as someone not likely to drop nukes in response to a negative tweet, it is entirely possible Trump could win. There was deep anxiety among many Americans about Ronald Reagan’s use of nuclear weapons, which Reagan turned into a non-issue during his debate with Carter.

There is also the hidden vote factor. There was a hidden vote for Brexit in Britain, and there may be one here for Trump. The Donald has tapped into an extremely angry voting bloc of Americans who have been devastated by the Republican Party’s wars and economic disasters. Trump’s negatives are so high that Trump voters may be too embarrassed to reveal to pollsters whom they are voting for. There may be large numbers of Trump voters out there, not making their positions known, waiting for the election and the privacy of the ballot box to make their choice known.

Mark Twain once famously said that reports of Twain’s death were greatly exaggerated. Americans should keep this in mind as they read the political obituaries of Republican Presidential nominee Donald F. Trump.