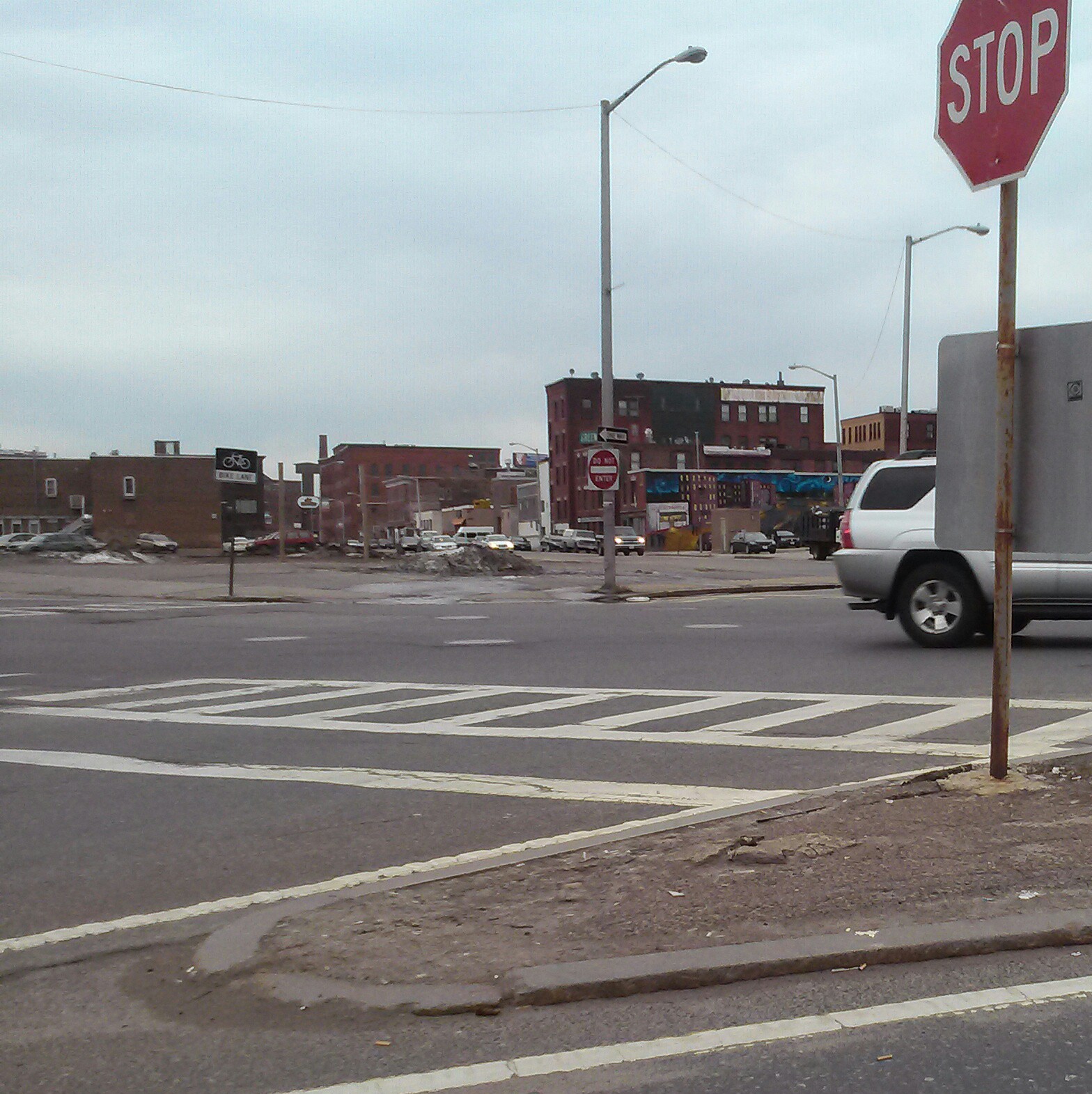 .. for around a million bucks. You know the piece of land (pictured above) – it sorta juts out into Kelley Square. It’s the piece of no-man’s land on the corner of Water and Green streets. Mostly used for parking these days …

Should be interesting to see how Allen reinvents the property!

He’ll probably have workmen (and workwomen, we hope!) at the site by next year, digging and bulldozing away!

Here’s Allen’s chance to shine! Come through for people who aren’t the latte-drinking, beer-guzzling or narcissistic poseurs who seem to have taken over my old (and present) hood! So fake! So phony! Most have a talent for nothing  … except blatant self-promotion! It’s manipulative … not real. Just public relations. No one is anyone’s friend in the true, warts-and-all sense. Such garbage!

Get back to our roots!

Build up the neighborhood by creating a building/complex/NEW world to draw in:

Children/youth. They could use a branch library or an after-school center in your new space!

The families in the area, many without cars or a lot of dough. They could use a community health center in your new building. A YMCA branch, perhaps?

A CVS would be terrific! We need a pharmacy in the hood!

We need a bank branch, too!

A supermarket or TRADER JOE’S open SEVEN DAYS A WEEK, with normal working person’s hours and AFFORDABLE stuff and amenable to WIC, SNAP cards and the folks who have them (cuz they are poor) IS DESPERATELY NEEDED here!  Has been for YEARS!

If you put in housing, besides the retail, PLEASE make 30% of it affordable!

MAKE THE NEIGHBORHOOD TRULY DIVERSE AND LIVELY, Allen! Make it more than a haven for preppy young or want-to-be-young bar flies.

Create a vibrant day scene, by putting in families and kids and the more mundane stuff that keeps them doing stuff … create a neighborhood that HUMS during the day!!

Good luck in your new endeavor! and … DO THE RIGHT THINGS!