Good to see the old Mike Keating church in Quinsig Village getting some TLC. New owner??? Present owner cleaning up/repairing stuff – finally?! Hope a great eatery makes it this time! Bookstore, too! … Yesterday, during my walk with my dogs: Dumped crap removed from the church front door and walk-way: 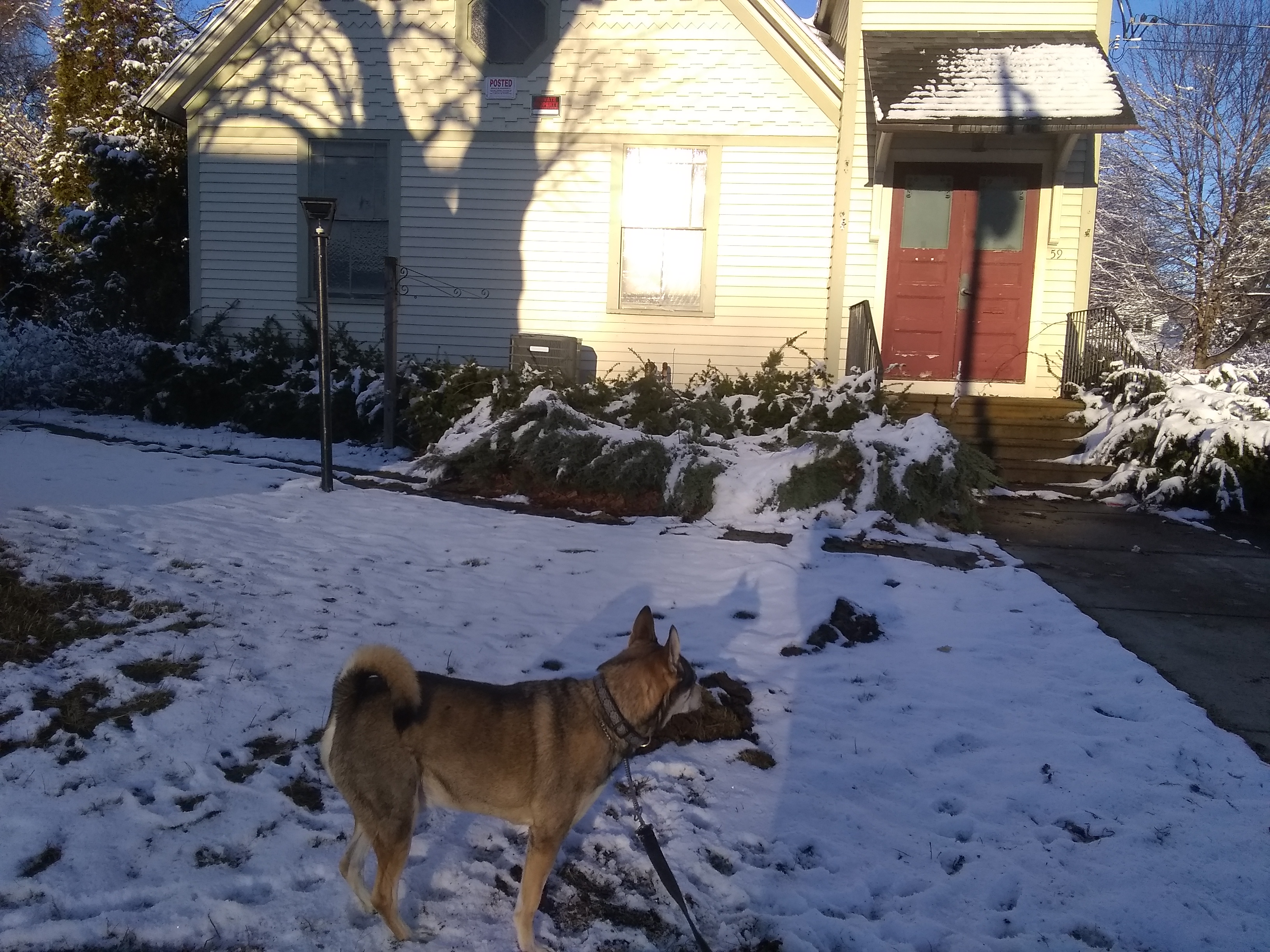 Parking lot cleaned up and cleared: 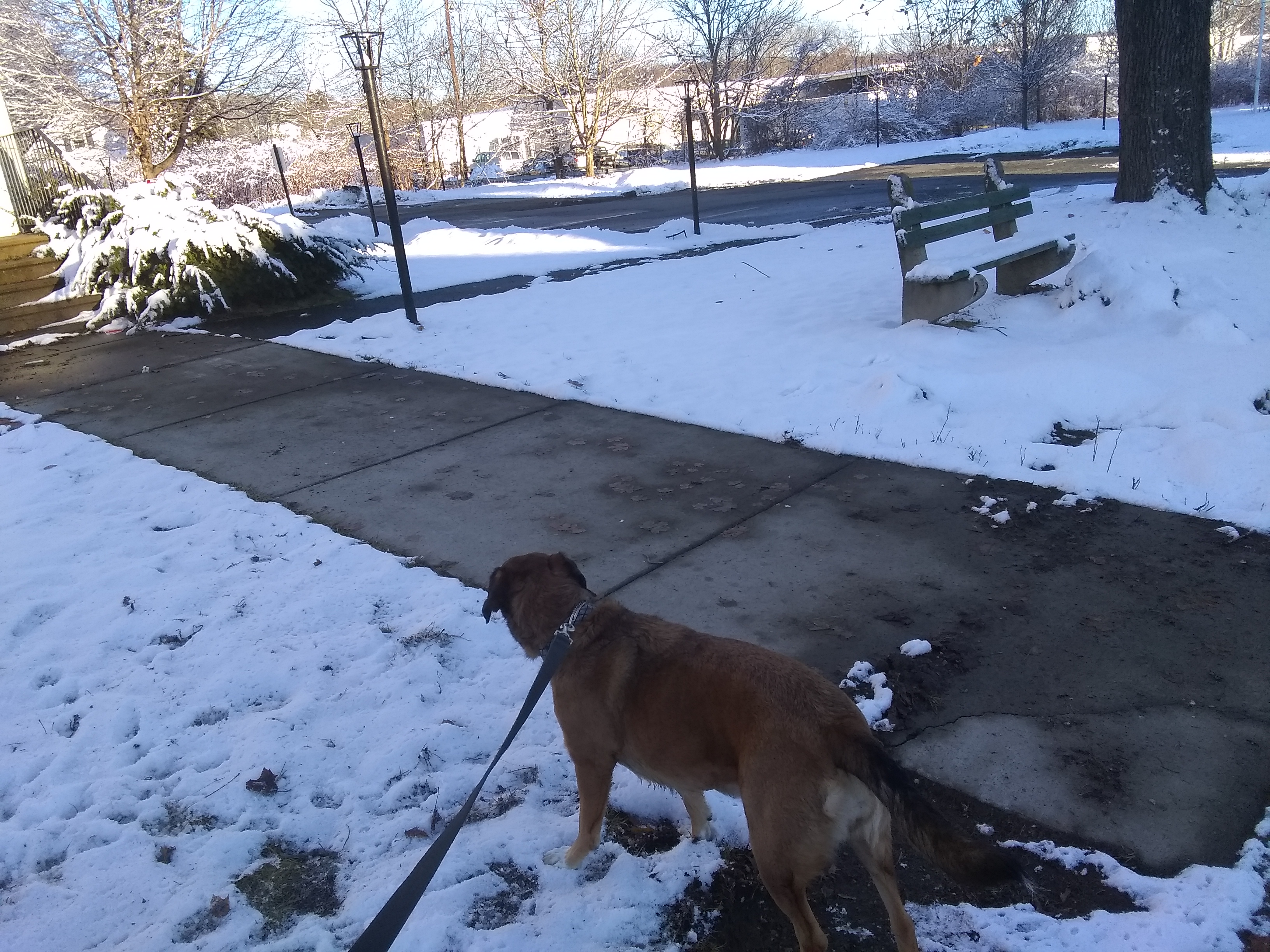 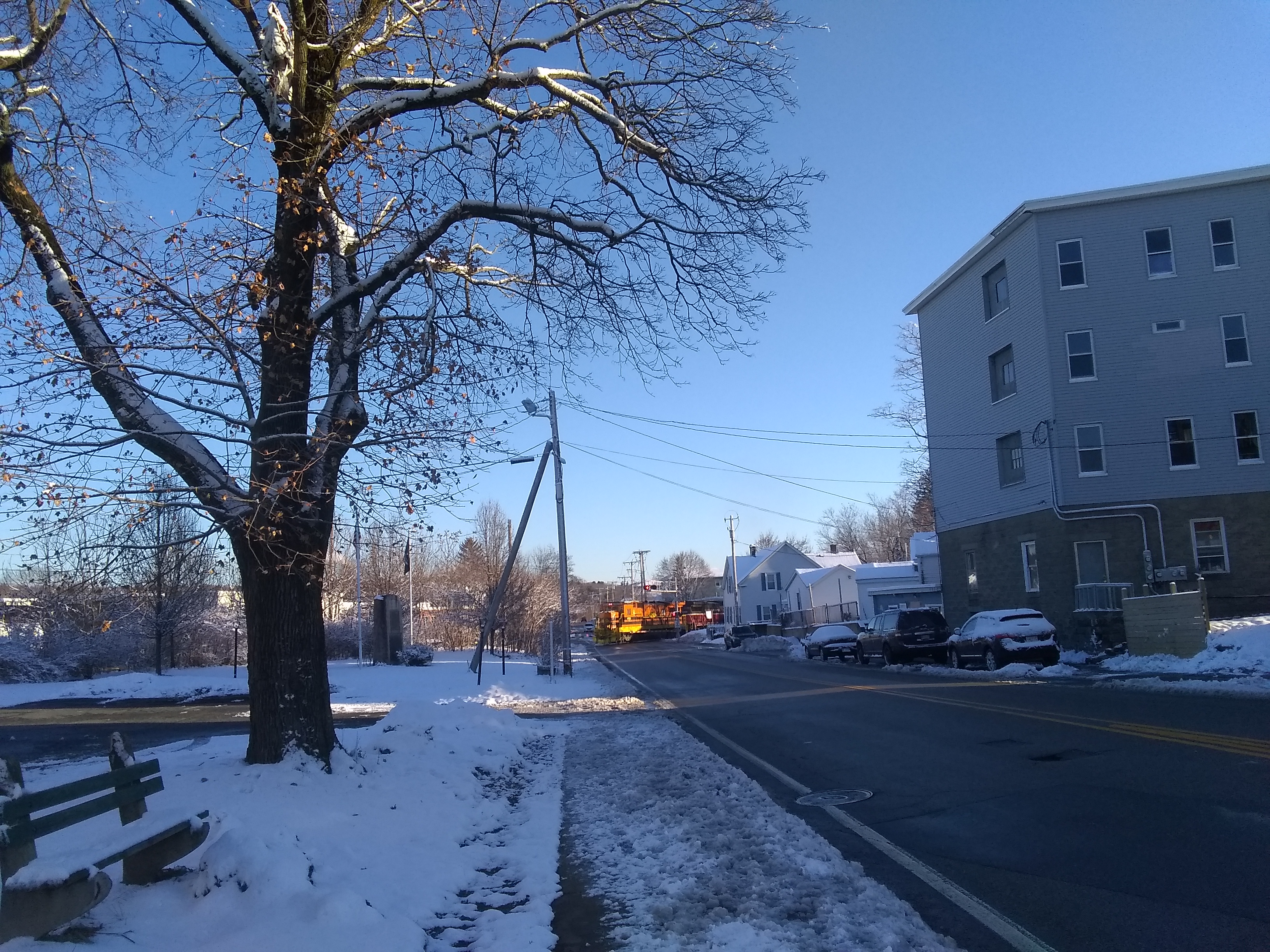 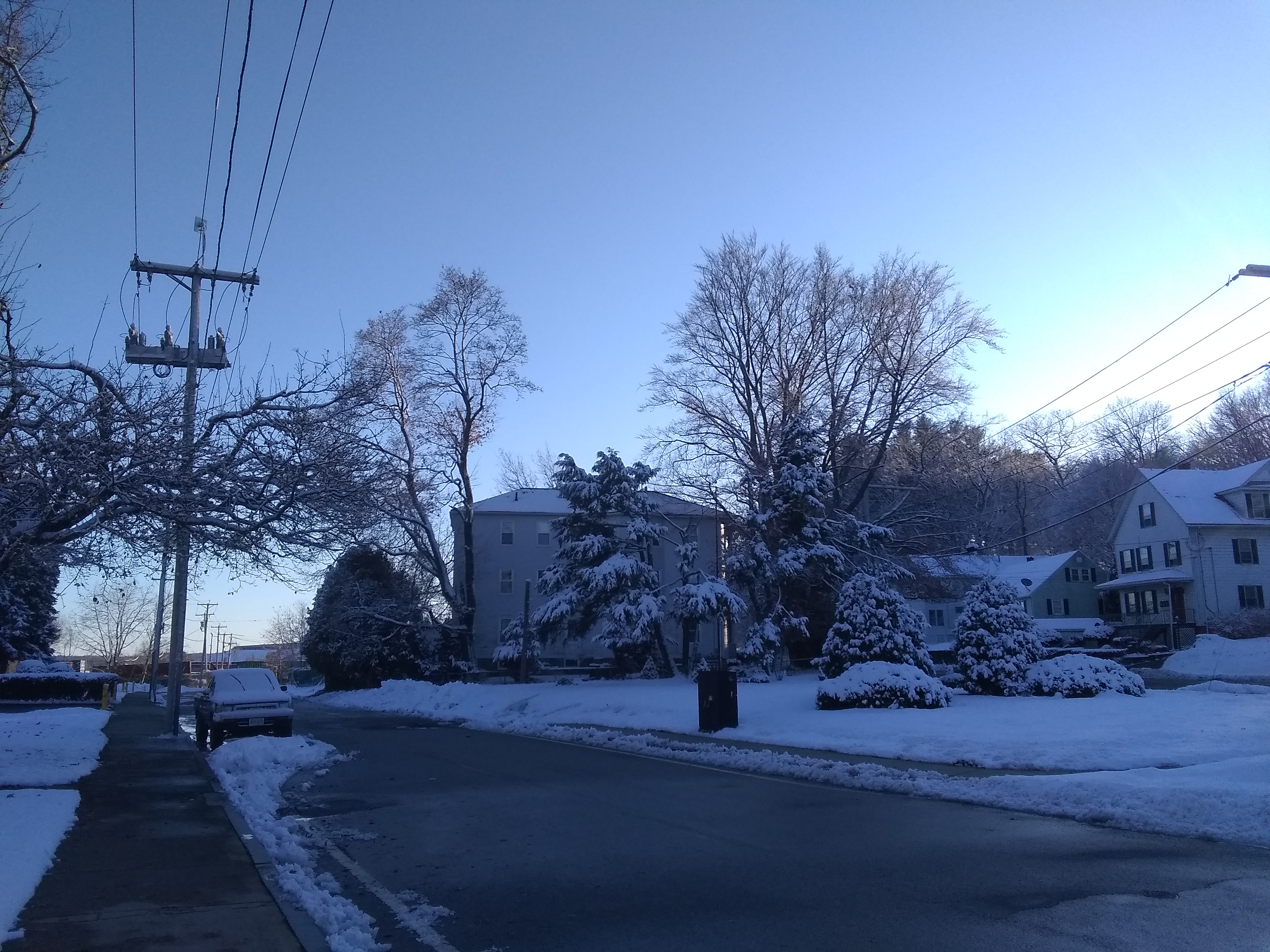 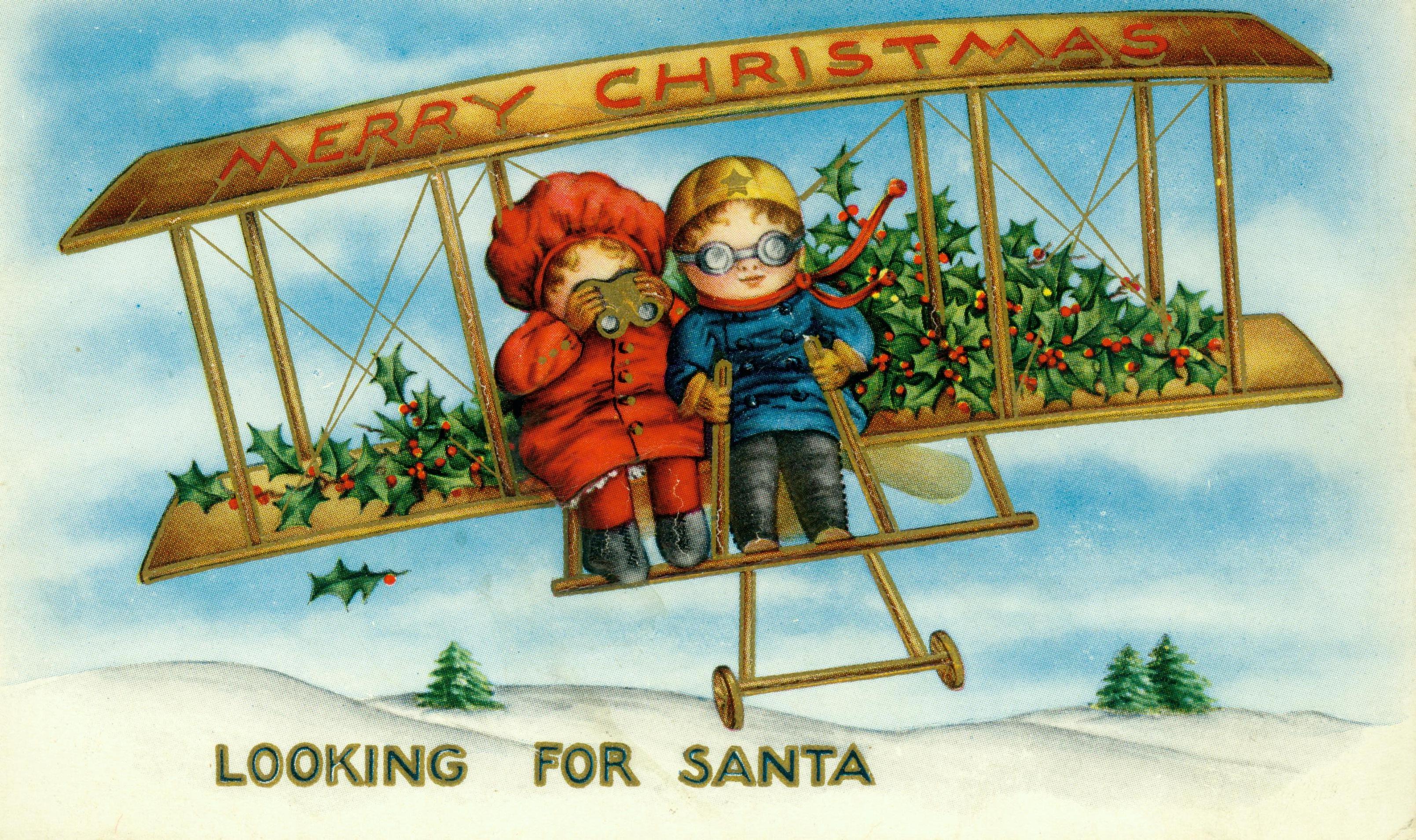 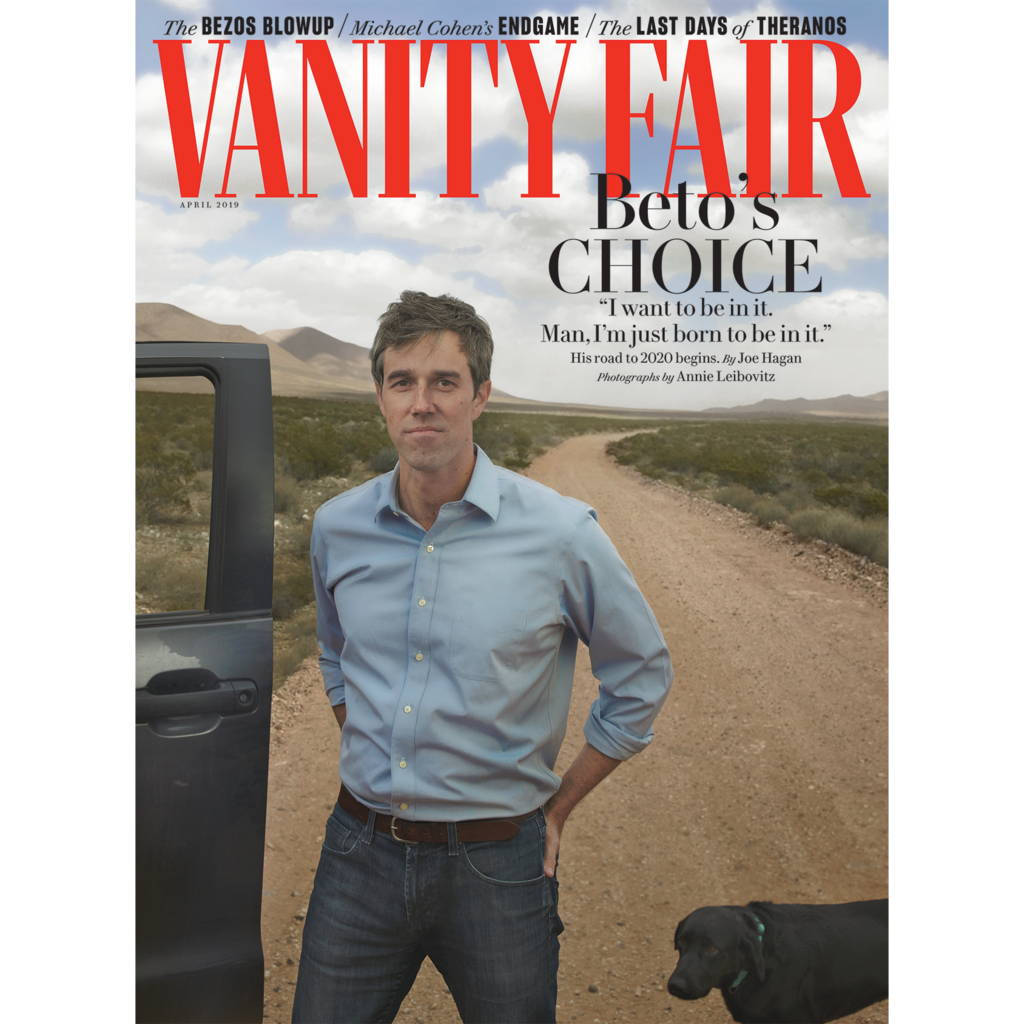 The artist, John Trumbull, believed that it illustrated “one of the highest moral lessons ever given to the world.”

Because here was a man at the height of his powers, a man who had led America to a stunning defeat of the most powerful military on the planet, a man who could have made the case to be commander for life, or even King, a case that would have resonated with many in a young, unstable country still not free from the military threat of Great Britain or foreign interference in our affairs… who nonetheless voluntarily resigned his commission and gave up his power.

He did it for the greater good of this nascent democracy and in support of the idea that no man is above the law or the will of the people as expressed through their elected representatives.

He knew that if this great experiment, this profound idea of America, was going to work, then at this decisive moment he must set the example.

And though he failed abjectly in other defining moral tests — he owned enslaved people, failed to work for the abolition of slavery, and in so doing set a perverse example and standard that would require a civil war to overcome — this precedent that personal ambition would be subjugated to the interests of the republic allowed us to inherit a government, as John Adams described it, “of laws, not of men.”

This precedent also helped to inspire a Constitution that provides protection against those who would put their own interests ahead of the country’s, including provision for impeachment of the commander-in-chief should they abuse the power of their office.

The idea of self-government and the Constitution that guarantees it were fought for and defended by succeeding generations of Americans. The service members who lost their lives in the Civil War, and in the World Wars that followed, paid the ultimate price to see this idea through. So did the civil rights marchers, the freedom riders, the men and women and even children who forced this country to move closer to realizing it for everyone by adopting the Civil Rights Act and the Voting Rights Act in 1964 and 1965.

We have inherited the service and sacrifice of those who came before us. What we choose to do with this inheritance will define us for future generations and will be the example we pass on to our children and grandchildren.

Which brings us to this moment and the choice we have before us.

We also have a Congress that has introduced articles of impeachment to hold him accountable.

Here is the challenge, and ultimately, the choice.

Despite his flagrant abuse of the public trust (none of the key facts are in dispute, in part because he has so openly flouted the law and the constitution), Donald Trump has faced no consequences from his own political party. Like a cult of personality, Republican members of Congress have prioritized their leader over their country and their oath to defend the Constitution.

But surely those who support President Trump’s defiance of our institutions, of the Constitution, of the rule of law; who turn a blind eye to the facts in order to focus on partisan advantage and short term political gain; who operate in fear for their political careers at the expense of their duty to this country… must at some level realize that they squander the sacrifice and example of service we have all inherited as Americans. And unless they change course, they may find themselves responsible for the loss of this singular exception to the rule of human history: a government that aspires to be of the people, by the people and for the people.

Now that articles of impeachment have been presented to Congress, it is up to every one of us to apply maximum pressure on our elected representatives to do the right thing by holding the President to account. To remind them of our country’s history, of their sworn duty to defend the Constitution, and the need to follow the facts and impeach the President, whatever the personal or political cost.

A resounding vote for impeachment, joined by Democrats and Republicans, puts the country first and helps set an example for Senators of both parties to do the right thing in the trial that will follow.

Members of Congress who show courage and sacrifice, including Republicans who defy their leader in favor of their country, will long be remembered for saving this country when it needed it most. Maybe even memorialized in a painting depicting their sacrifice that could hang in the Capitol in years to come, offering another “high moral lesson” for future generations.

If we fail, we replace the precedent of Washington with that of Trump. Sacrifice and service replaced with corruption. And I guarantee you, not only would that failure embolden Trump to continue to defy the Constitution and invite more foreign involvement in our elections — it will almost certainly mean that future Presidents will feel free to do the same.

This country… any future we have as a democracy… depends on all of us doing the right thing at this defining moment of truth.

One of our fave vegan holiday recipes🍎. From PETA.ORG: 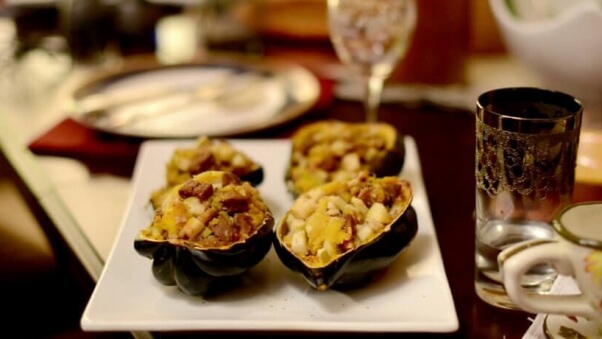 2 oz. vegan margarine, plus extra for brushing the squash

2 Tbsp. maple syrup, plus extra for brushing the squash

Melt the vegan margarine in a small saucepan over low heat or in the microwave and stir in the maple syrup, cinnamon, nutmeg, salt and pepper.

Spoon into the seeded squash halves and bake for about 40 minutes, or until you can pierce the skin with a fork.

Pour the margarine mixture from the center into a medium bowl.

Scoop out some of the cooked squash flesh with a spoon, making sure to leave enough at the bottom so that the squash hold their shape, and add to the bowl.

Add the vegan sausages, apples, and walnuts and mix until well combined.

Fill each squash half with the mixture, then brush with vegan margarine and maple syrup.

Cover with foil and bake for another 35 to 40 minutes.