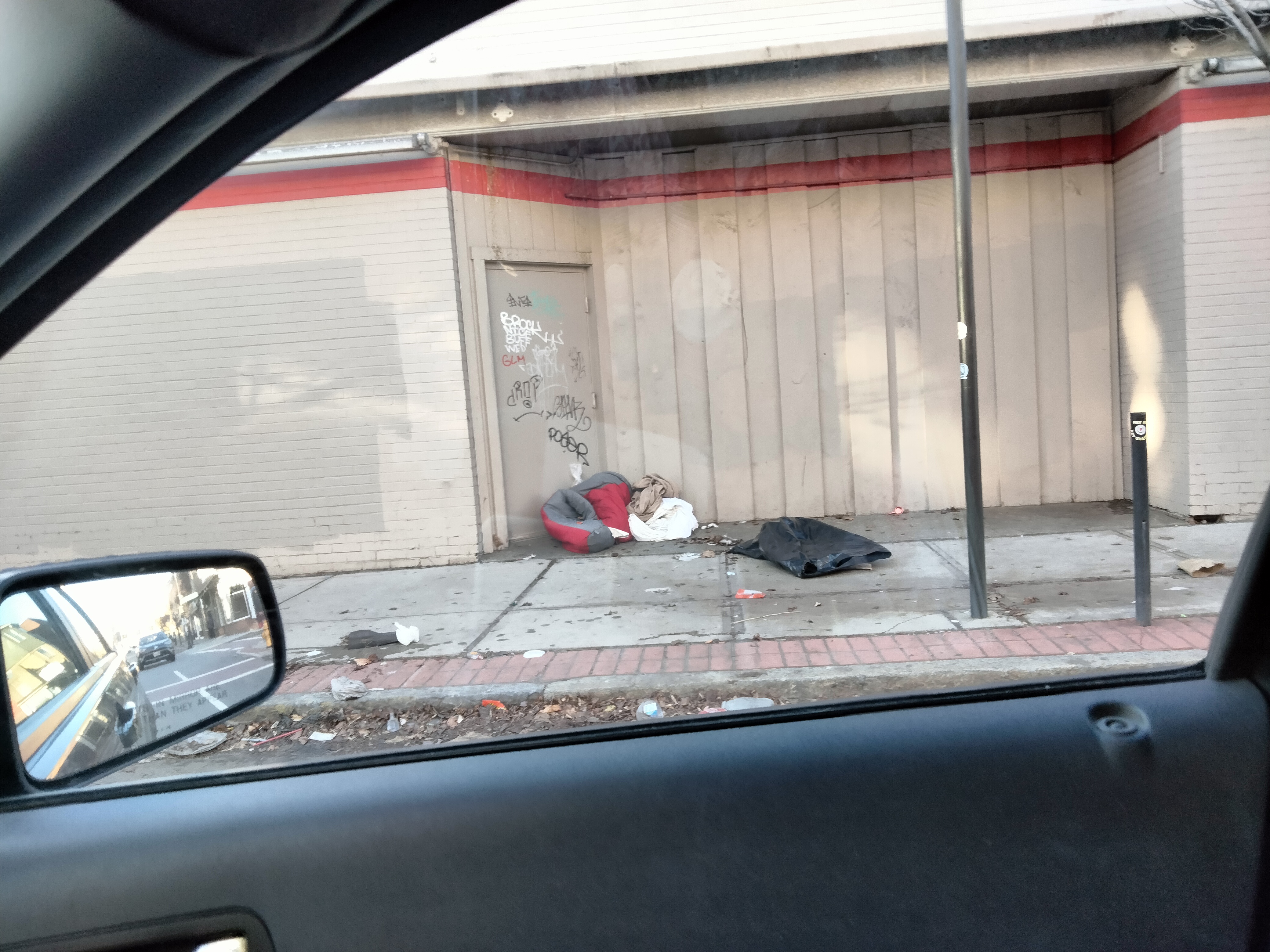 A new day in Worcester? In the Canal District: Millbury Street is lined with homeless people … sleeping in doorways from Kelley Square to Endicott Street. photo: Rose T.

Remember when we welcomed 2021 with such optimism, thinking that at last we might return to something like ”Normal”? We had a new President, Joe Biden … we were finally getting ahead of the novel corona virus … we had a chance to rebuild the wreckage done in the past four years by former president, Donald J. Trump. We thought it would be easy, and that virtue, goodness and honesty would at last triumph, and we would all together put our best efforts into fixing our crumbling infrastructure, clean up our waters, make sure that all our children had proper care right from the start. We even hoped, some of us at least, that the long nightmare of discrimination and hatred would now stop and we could really get along and respect each other’s points of view and become once again the living example to all nations of what a real live democracy looks like. What its people are willing to do to maintain it for future generations.

And so, here comes 2022. How close to that vision, those hopes, are we now? I am an eternal optimist, and so I will look at the brighter side first:

There is a lot of good in the pipeline that, when passed, will go a long way towards fixing our roads and bridges, maintaining our parks and public spaces. We also extended a helping hand to those most in need and temporarily supported those most impacted by the COVID 19 virus.

There is much still on the table, waiting to be voted on and funds distributed where it is most needed. And we have begun to become aware of the great problems facing us, in climate change, the need for better education, better treatment of workers, and better care for our children when mothers must work.

Unfortunately. most of those improvements are still just in the talking stage – held hostage by an unholy alliance between self-serving elected officials – all Congressional Republicans and “dinos” like U.S. Senator Joe Manchin and Sinema, who have sold their souls for the riches to be had from corporate donors who regularly fill their pockets and their heads.

And while we have become aware of the ever-increasing gap between the very rich and the rest of us, slowly there seems at last to be an awareaness on the part of many workers that this gap is unfair and unjust. People are either refusing to return to their old poor paying jobs and organizing to get a more fair piece of the pie. 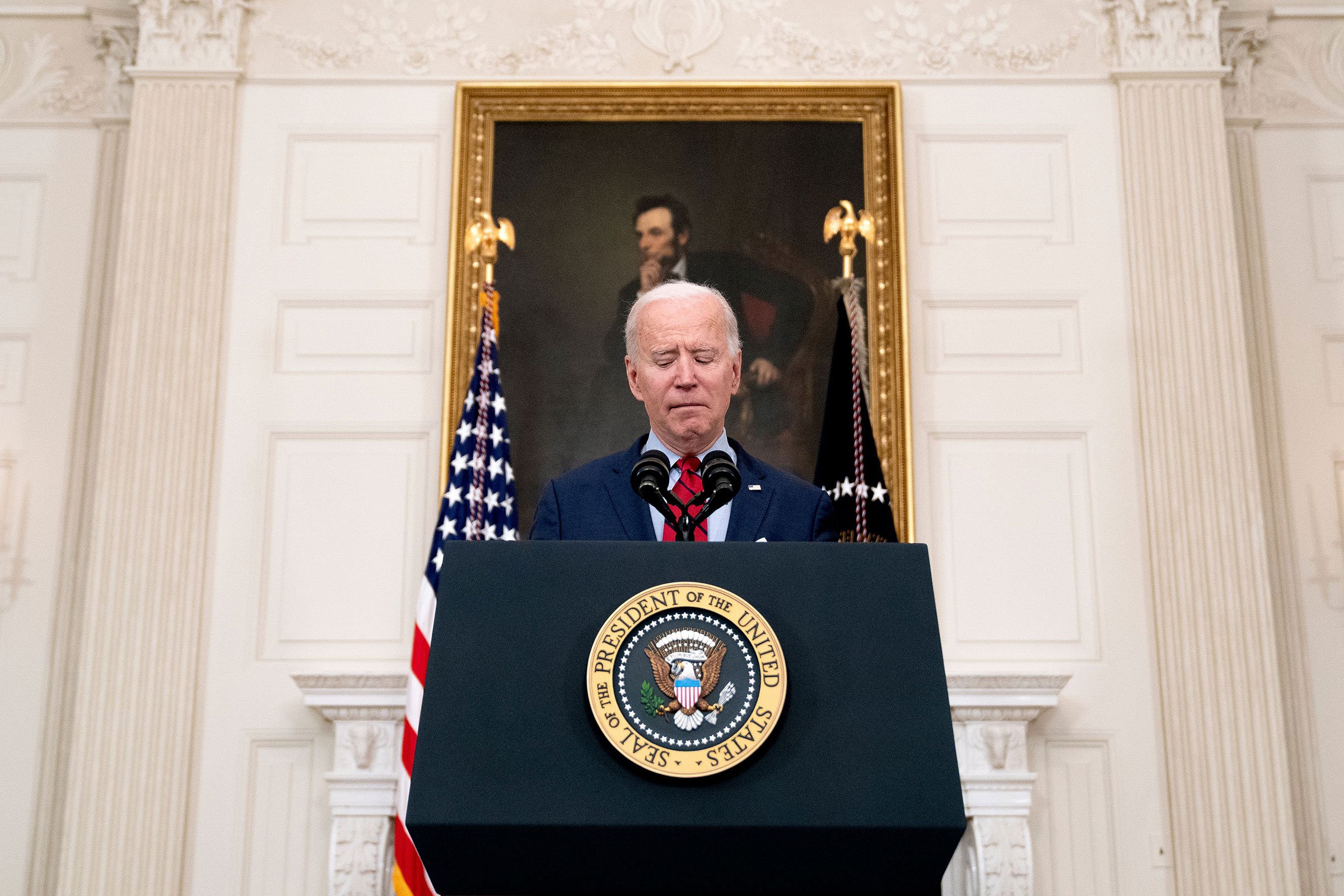 Photo by STEFANI REYNOLDS/POOL/EPA-EFE/Shutterstock (11827661ae)
US President Joe Biden delivers remarks on the mass shooting in Boulder, Colorado, in the State Dining Room of the White House in Washington, DC, USA, 23 March 2021.

So, if knowledge and information are the needed ingredients for any movement forward, I am hopeful that the age of misinformation is coming to an end. We will return to a time of facts, truthfulness and honesty. Those of us who are my age – I am 91 – do remember a time when such things were possible, when our elected officials were not necessarily perfect, but at least they did not use their power to enrich themselves and undermine the supports that we had built for ourselves.