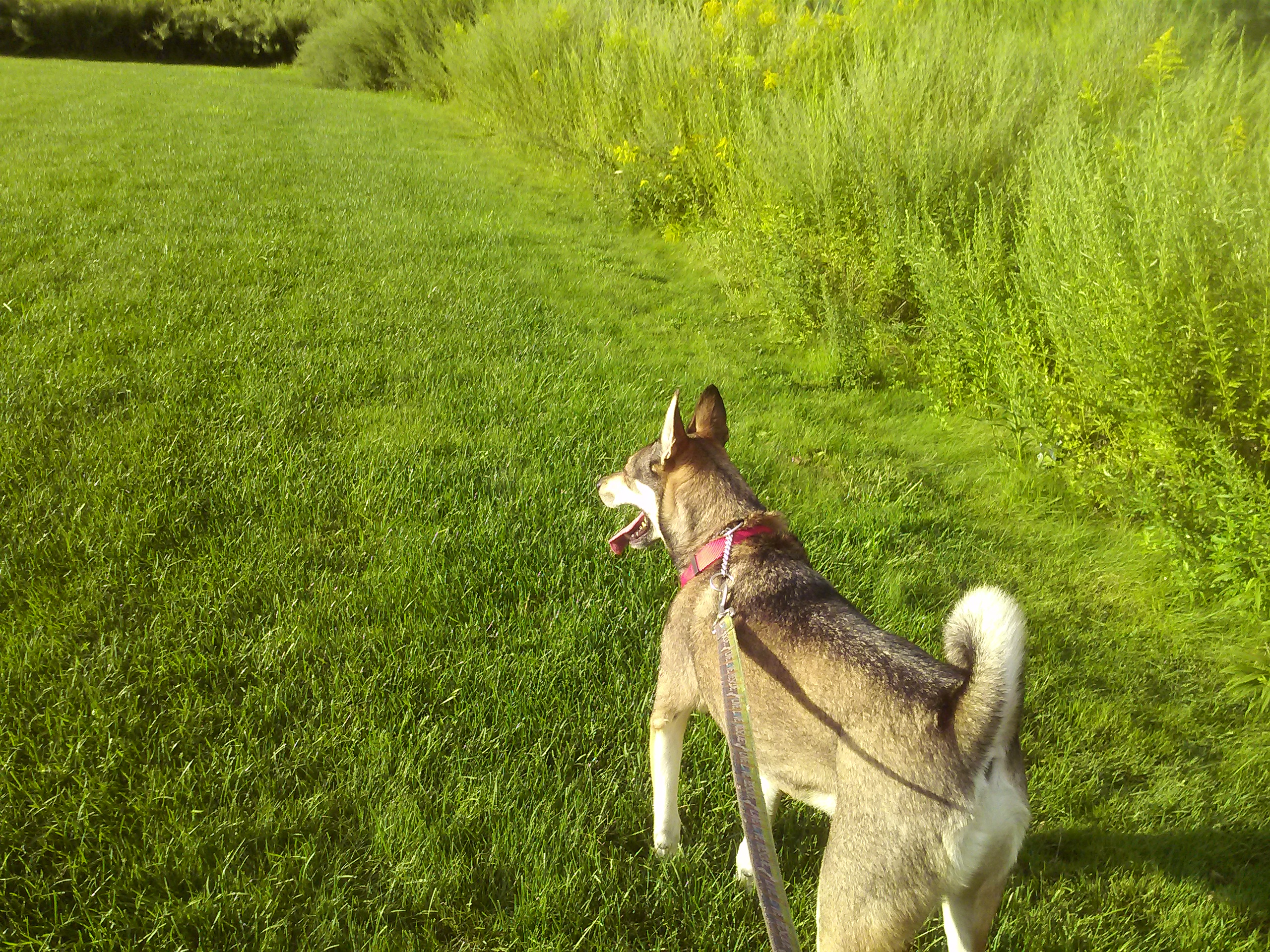 Jett has yet to explore Newton Hill (with Lilac, of course)!

On Sunday, August 30, members of the Friends of Newton Hill at Elm Park and volunteer students from Worcester State University worked together to install the final two platform boxes to complete stage one of the implementation of Newton Hill’s new fitness circuit.

About a dozen students from the Community and Leadership Experience at Worcester State (CLEWS) program helped to install the wooden box frames and spread stone dust at two locations off Highland Street on either side of Doherty Memorial High School.

The Friends of Newton Hill conceived of the fitness circuit – a twelve station circuit featuring elevated boxes with apparatuses to facilitate different exercises – earlier this year and secured $15,000 in funding from the George F and Sybil H Fuller Foundation, Spencer Bank, and Serrato Signs. Plans for the fitness course were presented to and approved by the Parks Commission in June.

Newton Hill’s fitness circuit will be the first of its kind in Worcester County. Circuit training is a popular fitness trend and parcourse-style fitness stations are adaptable to different exercises and accessible by people of all skill level. The course will expand upon the recreational opportunities already provided at Newton Hill, like disc golf, hiking, cross-country, tennis, and basketball, with the hopes of attracting more visitors and improving the health of the community.

Stage two of the project, which involves the installation of informational signs featuring recommended exercises for each station and the exercise equipment, will be completed by early October by members of the Friends of Newton Hill and volunteers from a number of local colleges.

Local students have played a pivotal role in the Friends of Newton Hill’s maintenance and enhancement of the park. This past spring, students from Worcester State University, coordinated by the Honorable John J. Binienda Center for Civic Engagement, helped to plant a perennial flower bed around the Newton Square World War II Memorial. Worcester State University has supported the Friends of Newton Hill’s efforts by helping to coordinate volunteer work for its students since 2011.

Other local colleges have also taken advantage of Newton Hill’s abundance of volunteer opportunity. Students from Worcester Polytechnic Institute’s Alpha Phi Omega Service Fraternity helped to shovel out the Newton Square Memorial and to paint the park benches in Newton Square this past spring. Students from Clark University and Assumption College helped to shovel out Newton Square’s basketball course in late March, making it spring’s first usable outdoor court. And, Students from Assumption College frequently intern with the Friends of Newton Hill, performing a number of parks maintenance activities.