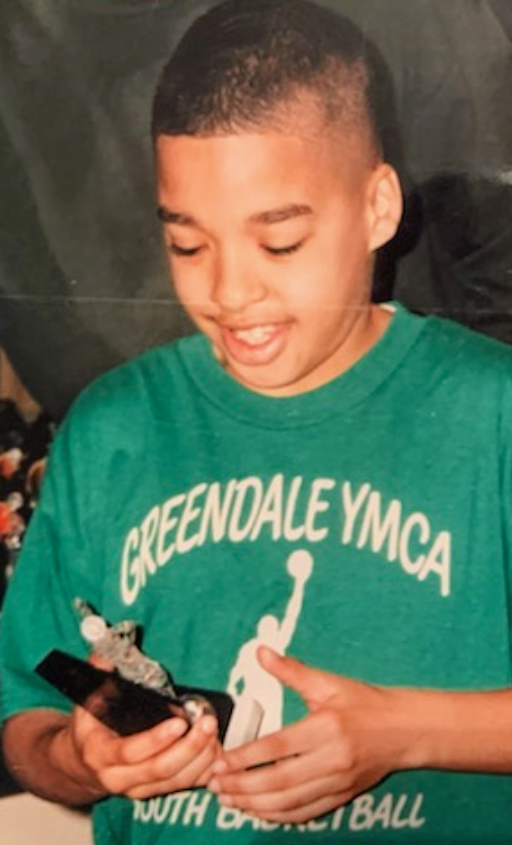 People know what happened. They know the favor they asked to have done and yet, as a parent, I ask you: What if it was your child dead? Would you like the idea that someone could cash in a chip on your life?

October 1, 2006, is a day beginning with disbelief that the knock on the door was to inform me that my son was dead. Not my son, Travis! He was not a child of high risk to be found dead in the road.

Thirteen years since his death, and facts that I learned have left me shocked. To learn the issues of how the systems, have a save space of lead way to hide behind, filled with loop de loops to help them not do their jobs properly: it is called “Administrative Issues.”

Administrative Issues has been the key points of loopholes to ensure no accountability and arrests in the death of Travis is my true feeling, and there are some issues that an inexperienced mother is able to find in sanitized files. So imagine what one would be able to uncover and correct, if they wanted to address the miscarriage of justice?

This case has disclosed issues of chain of custody, failure to follow protocols … and prejudice statements circle the wagon early on – blaming the victim and ready to lay this case to rest as a hit and run before the medical examiner ruled the manner of my son’s death.

How come a system can protect their own agenda, mistakes, mis-justice – to protect one another, as they express no value for Travis’s life.

Travis’s life mattered! Abd I am here to ensure that his life brings out Progressivism in the mistakes and rebuilding, as I did with the Abby Foster Kelly Charter School. Travis’s Monroe life has made change toward Civil Rights … equality. In his death, the movement is going to move forward until we can get accountability. This is my gift from God and my purpose, and for that I was blessed with the gift of my son Travis. 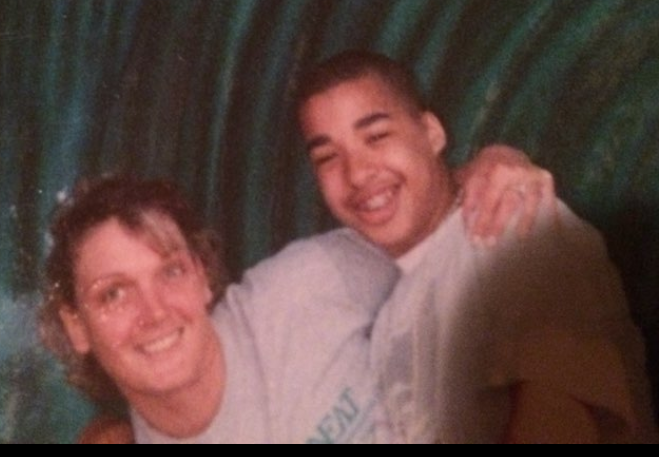 Facts: the police knocked on the door and told them they knew it 99.9% because someone else, (a substitute teacher) had made an Official Identification of my son. I know I went to the hospital to identify Travis and still in disbelief it was my child. Seeing ink on his hands – knowing he had been fingerprinted and remember how sad that made me feel. Wow it took his death to still allow them to put his prints in the system.

Travis was a young Black Male, that in his life fingerprints were not in the system – but in death they are – what a double slap to his character as a good kid. At least in his death they could not take away the fact of his choices. His toxic screen showed he made all the right choices: no drug or alcohol in his blood or system. Those are the facts that can never change. My Travis made all the right choices, and yet he lost his life, as if had no value to the city of Worcester.

Facts: on 10/16/2006 UMass Medical Center had to make a Late Entry to Travis’s medical chart: Diagnosis: 1: Presumed pedestrian VS MVC and head trauma 2: death. One should ask why this was done and at whose requests. I believe the reason for this is to blame Travis and help the friend cash in a chip to no legal responsibility to liability.

That was the first Red Flag that the ducks were lining up to protect someone with the wording of “Collision” to remove any responsibility for the driver of the vehicle.

The second one was on December 16, 2006, the Police Department went up to meet with the Medical Examiner Officer to show her what they had to help her determine the manner of death. They were hoping that she would change the death certificate to Motor Vehicle. Facts: this is not a common practice, unless the medical examiner requests it, which she did not.

The outcome from the visit prompted the Worcester Police to write a report to favor what they wanted to have the report say. The Medical Examiner never changed Travis’s Death Certificate. It still legally says the manner of death is Undetermined.

The black and white facts are that Travis did not have to die. There were many encounters with Travis, stumbling within 30 yards – from multiple people see he needed help and that he was stumbling and looking disorientated. Instead, they claimed they feared for their own safety.

Seven people between the hours of 3:30 a.m. and 5:35 a.m. had a chance to make a difference to the outcome of my son’ss life and they did nothing! Instead a teacher driving down the street was the first to called 911 at 5:49 a.m. – report that there was a body in the road and the Fire Department dispatch at 5:49 a.m. and arrived at 5:58 a.m. to find a fracture to Travis’s skull, visible blood from ears, nose, mouth … and his pupils were fixed and dilated. The time from when “Lesperance,” drove away according to his statement at 5:35 and the fire department arriving at 5:58, that 20-minute window cost Travis his life.

My question would be: Why would a person drive away with Travis in the road? to be a risk to the public as well as to his own life?

I know there are young adults who confronted Travis that night and knew he needed help but drove away. I plea with you “Tony’s”: COME FORWARD and tell what you saw that night while you were outside with the girls.

Believe me when I say this: for me, justice is taking responsibility … accountability. These are the principles and fundamentals of how Travis was raised.

What I have seen since District Attorney Joe Early taking office in January of 2007: Travis’s case is no longer being handled as a homicide.

We have been able to show all the loopholes of administrative issues since February 2007 and how his DA office sat on a request to run the DNA found on Travis. Instead, they politely met with me and played the merry go round game to answers to the question that have come up in my internal audit of Travis’s case.

Under the law, I have received a sanitized file of records to most of Travis case file from the police.

However the District’s Attorney Office is not releasing anything.

I do know for a fact that they have not given me the complete file. There has been a lot of finger pointing and no one taking responsibility, and Travis’s case staying in Traffic and listed unofficial CLOSED.

What I would say is there is a lot of good people in the uniform and in the system. However, the systems work on favors, deals and pleas, and sometimes justice is not blind or fair.

This case has proven to have a conflict of interest and should have been moved out of this Jurisdiction. We know the name of the City employee coming up in the investigation that were given different treatment. The Officer came with prejudices, attitudes and discipline issues – put in the traffic unit to finish out their time to retirement. A lot of the Officers who did the initial investigations have died, moved, retired or made it clear there were a lot of things wrong but they will not speak against a one in ”The Blue Line.”

I been through the chain of command asking and pleading for help.

I have appealed to the Attorney Generals Office, the local FBI office, the State Crime Lab, the Worcester Police Department and District Attorney Joseph Jr. Early’s office. Everyone is aware of the issues in Travis’s cases. Instead, no one wants to do anything, and placing the burden of proof upon me as if I am the defendant in a court case of Monroe Estate verse the Commonwealth.

All I want is for people to correct the mistake and right the wrongs and, with that, make justice for Travis’s life.

The mis-justices do not start or stop at the Police Department “Administrate Issues.” It is deeper rooted, and the roots are woven into the State and federal connections. While each department issues cross cancel out each other failure to follow procedure. This technique was a great plan to dispose of a lot of vital evidence and allows it to be almost impossible to prove each other’s actions – as the time clock to race against a statute of limitations. 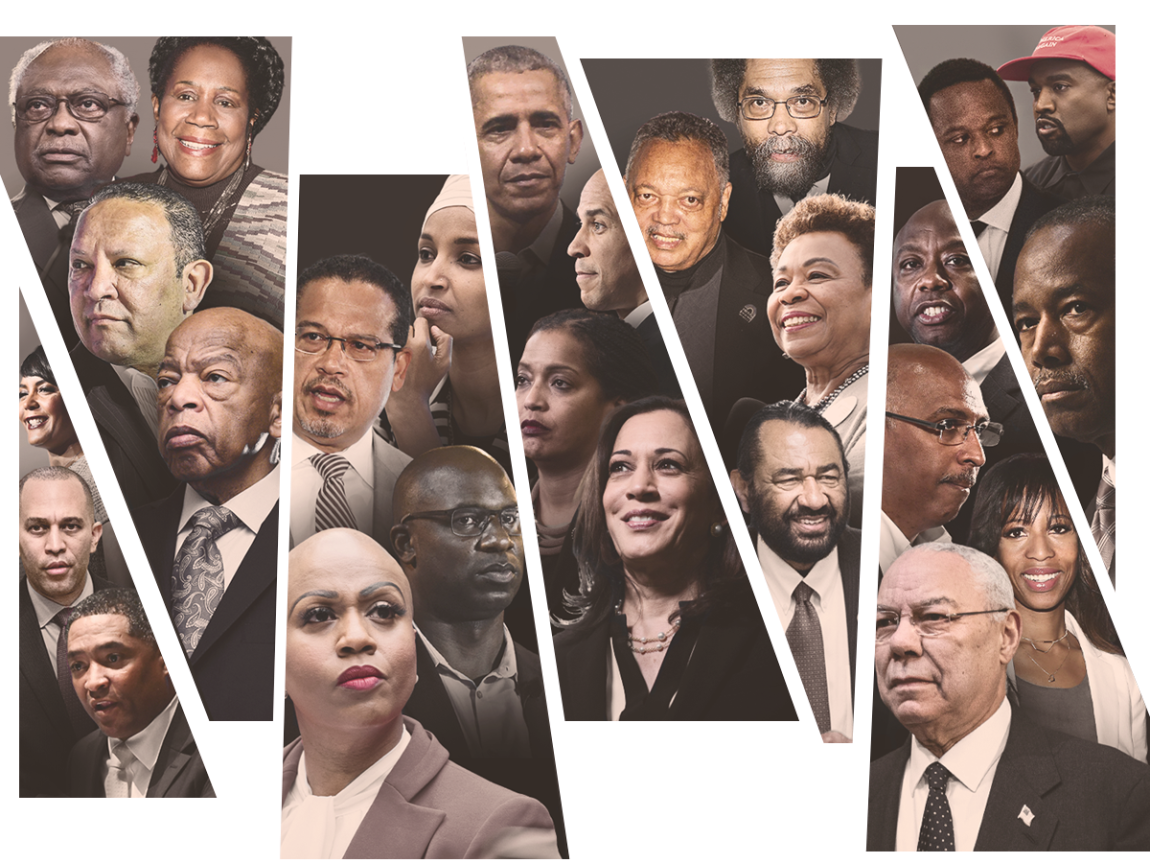 Travis’s mom hopes the new racial awakening in America and Worcester brings her truth and peace of mind.

Travis’s case has reached the statute of limitations, if his death was a hit and run in 2011. What I don’t understand is why we have a system that is designed and structured with the power to do the right thing, and yet they all protect each other and not the people they are sworn to protect. Travis death and the death of others are just another reason why our social system of inequity needs to change.

We need to change the scale of justice and the process to justice. It is time that the truth comes to light and we must help shine a light to breaking the cycle to social injustice to all.

Again I ask you: What if the shoe was on the other foot and someone killed someone you loved?

It is time to do the right thing, step up and Speak Up and give Travis a voice.

He would have stepped up for you. 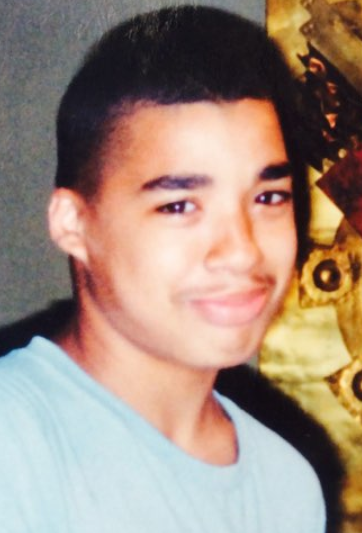