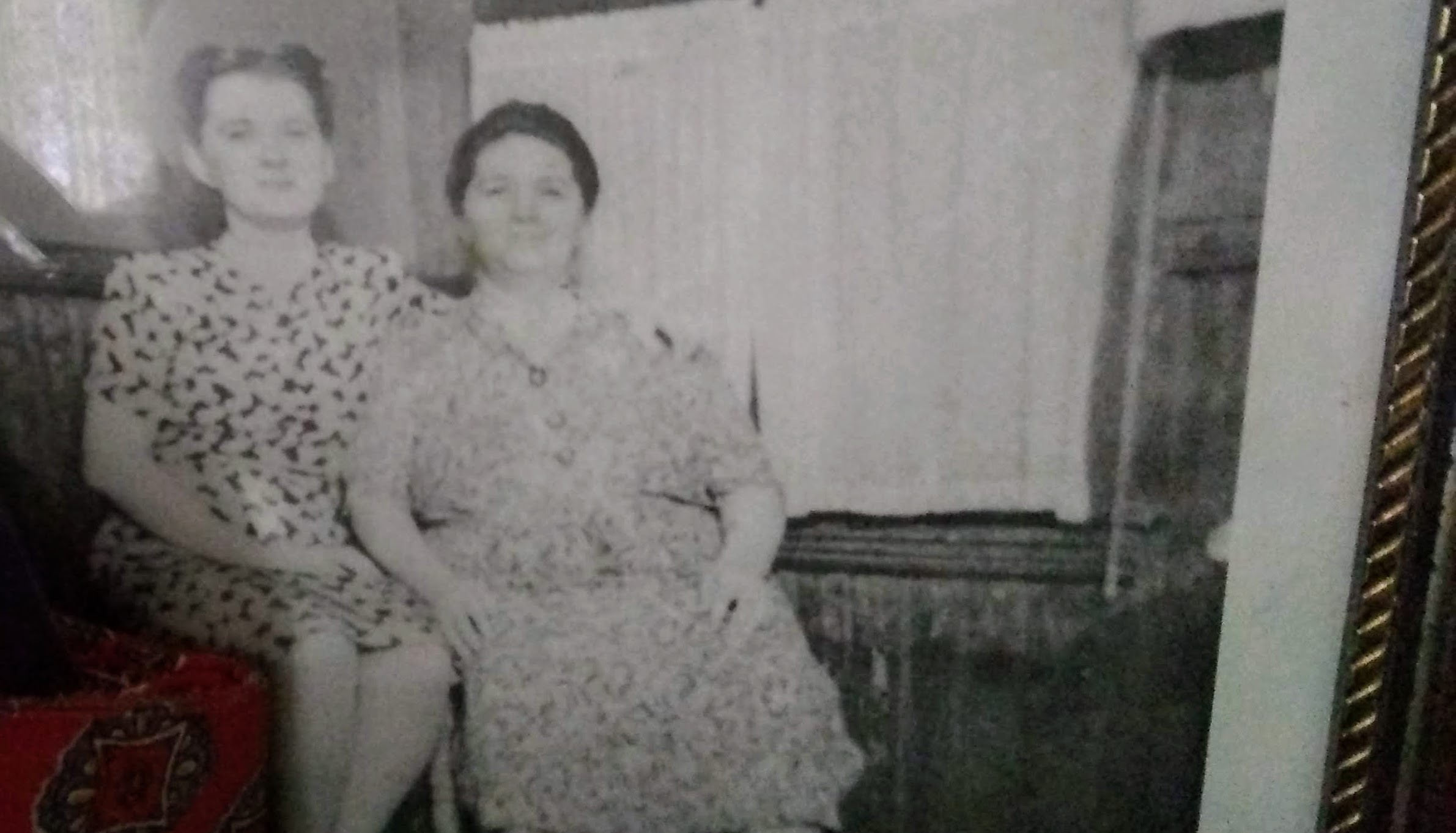 Rose’s Bapy, right, and auntie, in their tenement, in The Block, during World War II.

It’s true: the “winners” (usually the rich white WASPs), write our history. When Blacks were making gains in the South, laws changed to keep them down – and rich white people everywhere who didn’t want social change started building these HUGE CONFEDERATE MONUMENTS – to Robert E. Lee and his cohorts – everywhere. Even though General Lee, surrendering at Appomattox, was for peace and healing for ALL Americans after the Civil War, the rich white folks built the big statues and wrote the history books that enshrined “the lost cause.” In misplaced nostalgia and lies. The white money people controlled the towns and the cities: the Confederate statues were erected – life-sized, marble, granite Confederate soldiers on their trusty steeds, swords drawn, Confederate uniforms without tatters or tears. These monstrosities were built right in front of state houses, city halls and town halls and schools. Schools and other public buildings were named after Civil War confederate “heroes” like Jefferson Davis and pompous dedications were held, with the local newspapers covering the events, the manufactured history, the omissions and falsehoods.

With Worcester’s Canal District coming into its own, we must admit it’s been molded and run and is OWNED by rich white men who have never given Green Islanders what we’ve begged for: a fully staffed bank branch, a pharmacy, a supermarket … And these men, we now see, have rewritten or omitted Green Island history. They’ve chosen to forget, to omit, during their recent ceremonies and monument dedications and mural painting, the Polish/Eastern European immigrant experience that defined Green Island/Kelley Square/Water+Green streets from the 1920s to at least the 1970s.

A whole half century defined by the Polish and Lithuanian churches and three decker and The Block tenants like my Polish mom and my Polish immigrant grandmother, Bapy, and grandfather Jaju. All the Jewish small businesses of Water and Green streets, the ethnically beautiful mom and pop stores of Millbury Street selling made-from- scratch pierogis, jars of pig knuckles and large links of freshly smoked kielbasa (Polish sausage). The dance halls of Millbury and Water streets and Green Street where all the kids of Green Island danced to Benny Goodman in the 1930s. Millbury Furniture. Whites five and ten with Mrs. White and her jet black, foot high bouffant hairdo. All missing from the Canal District scene. As if they – this part of Canal District history – never existed.

Maybe it was all too earthy. Too grubby. Too poor. Not the story Allen Fletcher and Ed Augustus never wanted to tell …

You want a Worcester public market? Un-curated? Natural and springing up organically from the people of the neighborhood? Take a walk down my old Millbury Street, the Millbury Street of 1940 – 1969, and be enthralled. Eat like a princess, buy yourself a pair of slippers at Lisbon’s, visit the tailor with his large cage filled with yellow and peach and white canaries sitting next to his sewing machine, so he’d have company as he sewed … THAT IS HISTORY. THAT scene, that experience, deserves its own tribute, its own monument.

The great thing about the old Millbury Street – now one long stretch of dirty, garbage-covered, homeless shelter – you saw the WONDERFUL and the real, when shop keepers yelled at their young help, Mrs. White pushed those new polyester curtains for your kitchen …on Green Street the neighborhood “wino” got that free submarine sandwich from Charlie or Izzy Golub at Green Street Market.

According to Allen Fletcher, Ed Augustus and the other monument erectors, Green Island’s history is all about the Irish canal leaders, the Pickett’s and the Tobias’s … Little parades have been held in their honor, plaques hammered in walls, a tiny water fall with a grassy yard built by the ball park…all honoring the history these rich white men want us to remember.