SMOC HEADQUARTERS- SMOC: Worcester’s premier homeless social service agency – located on the corner of Chandler Street and Park Ave at the end of the Piedmont neighborhood: 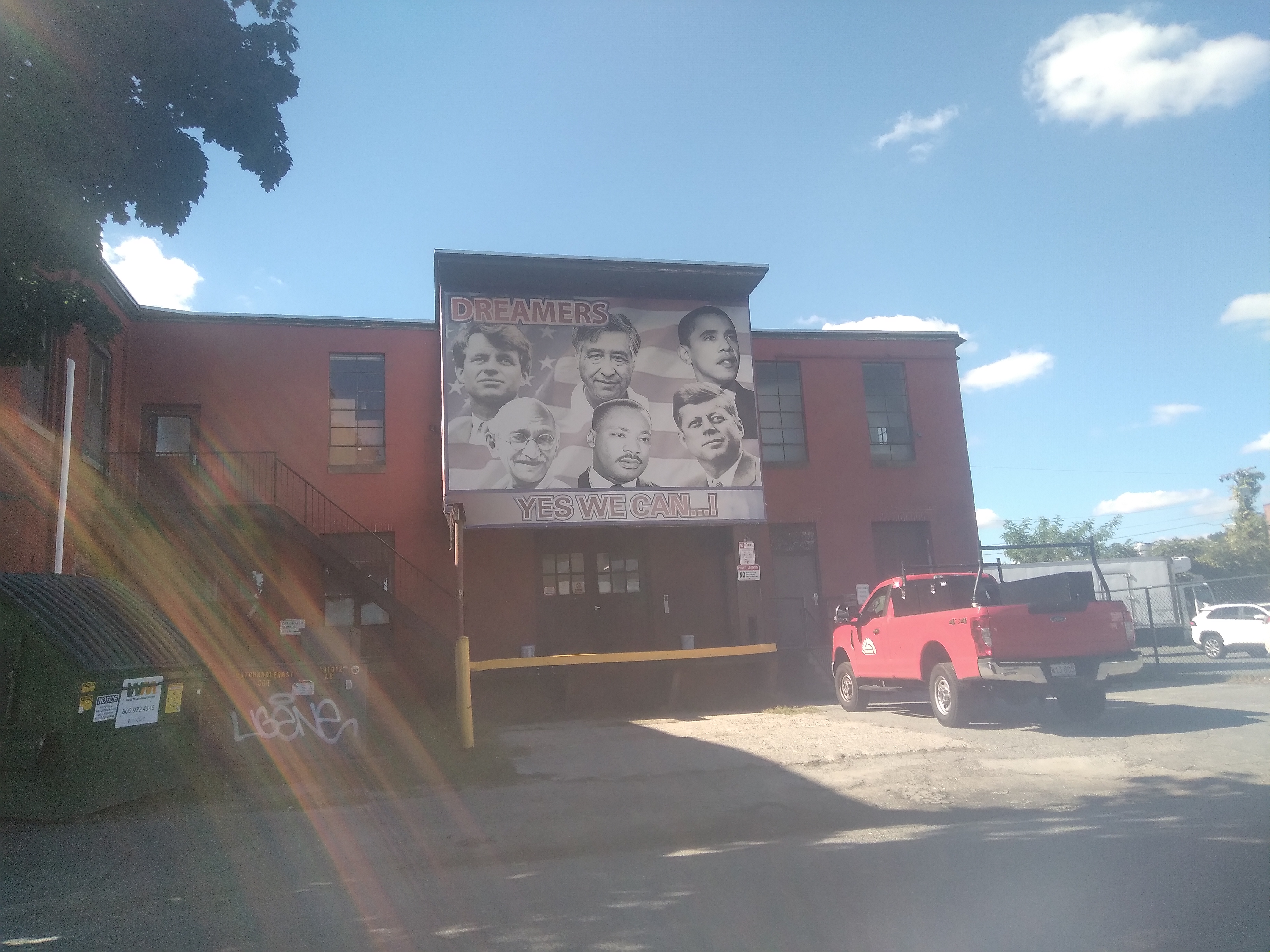 SMOC is housed in the old MLK building. It used to be run by Clarence Thomas who could never get his Black business empowerment center off the ground. SMOC and SMOC’s Chris Orcutt have also let this grand old Worcester building lie fallow. Pics: R.T. 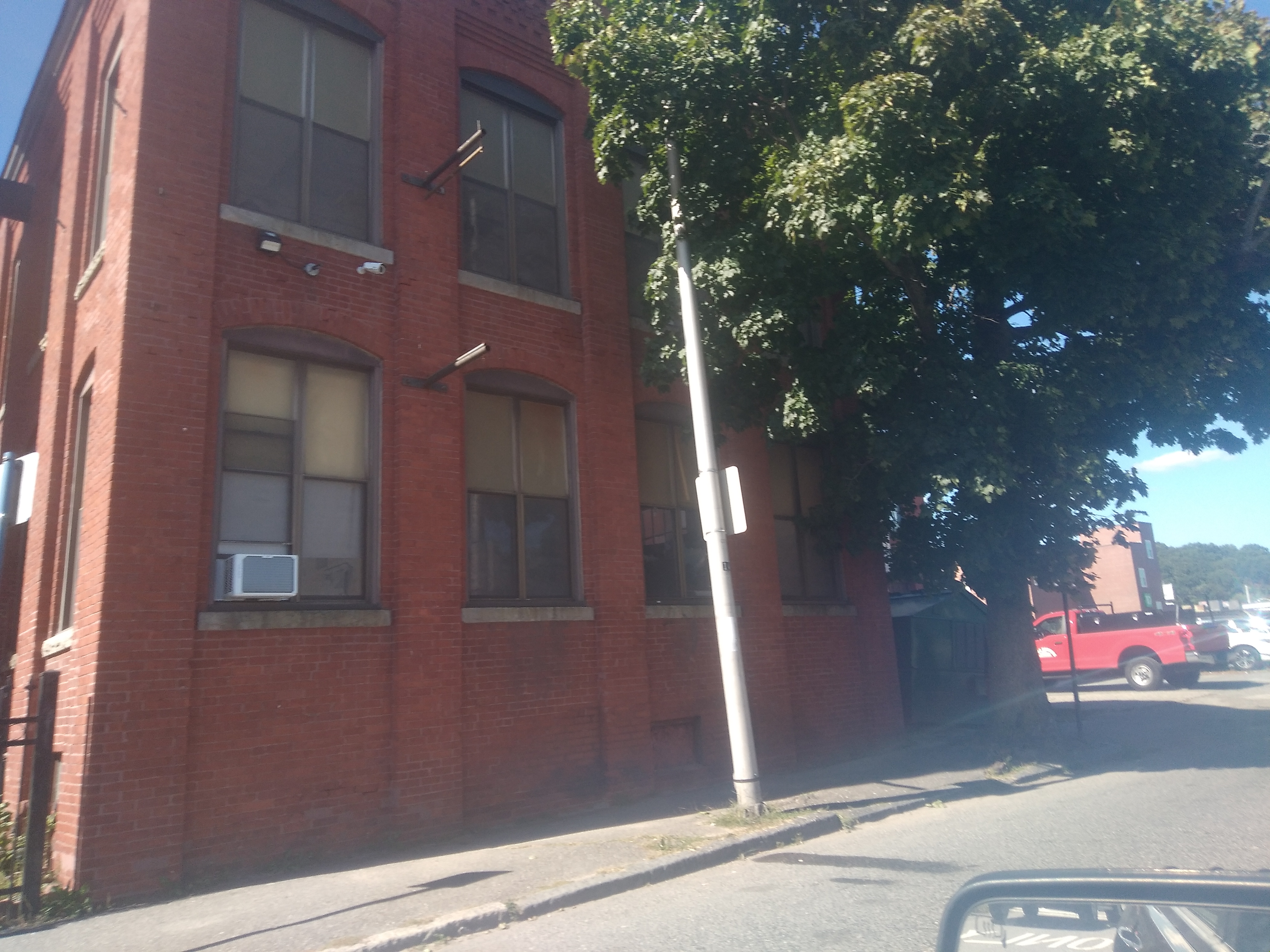 The MLK building could use some real revitalization! 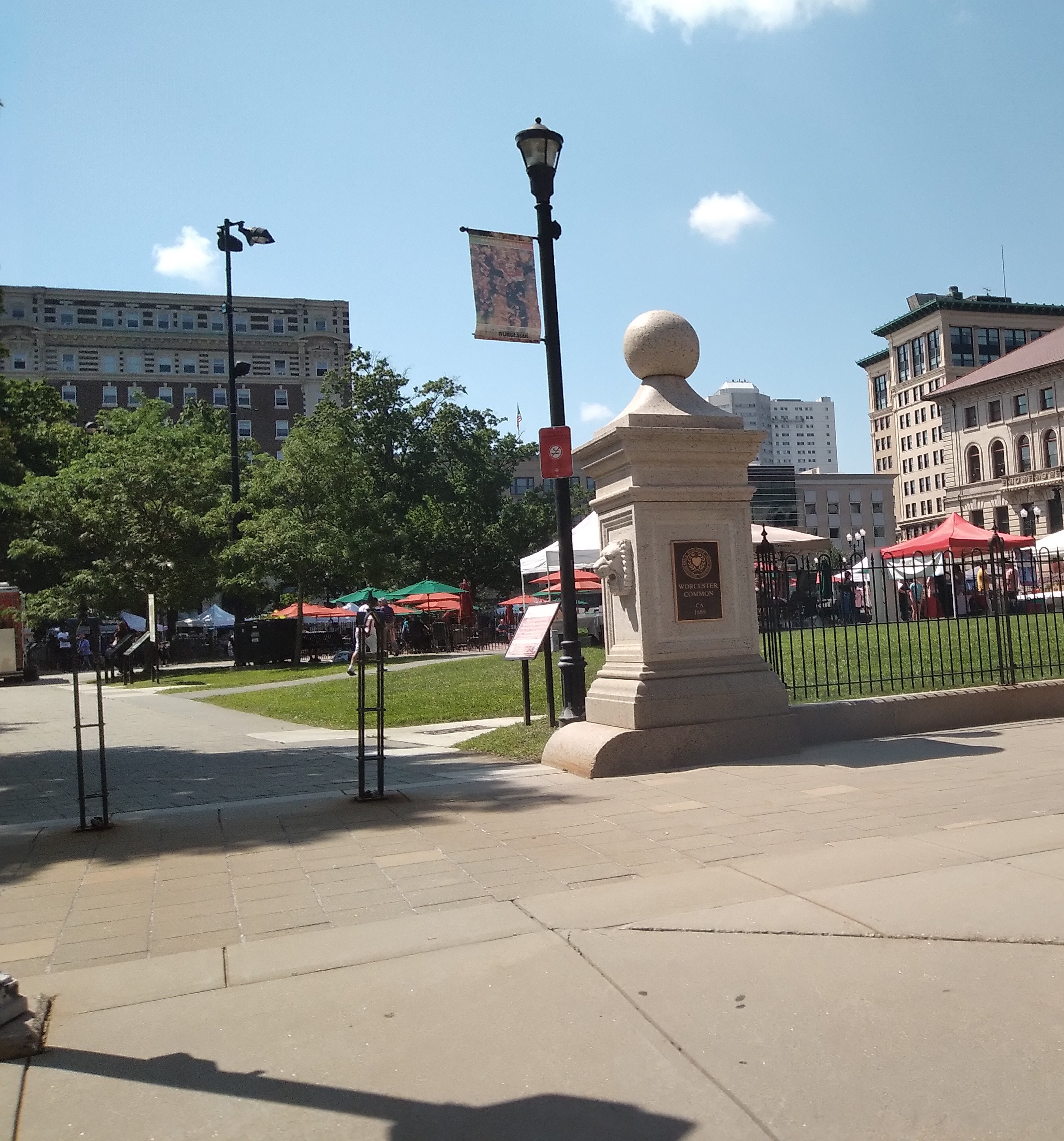 The homeless sleep on the Worcester Common BECAUSE WORCESTER HAS NO HOMELESS CARE PLAN.

Run by Chris Orcutt, the son of the late great PIP hero – PIP cook George Orcutt, who even got his mom to volunteer at the wet shelter’s kitchen in Main South. Now, all gone, died, retired, the PIP closed, thanks pretty much to former Main South activist Billy Breault and his old partner in crime former D4 city councilor and fellow Main South resident Barbara Haller. 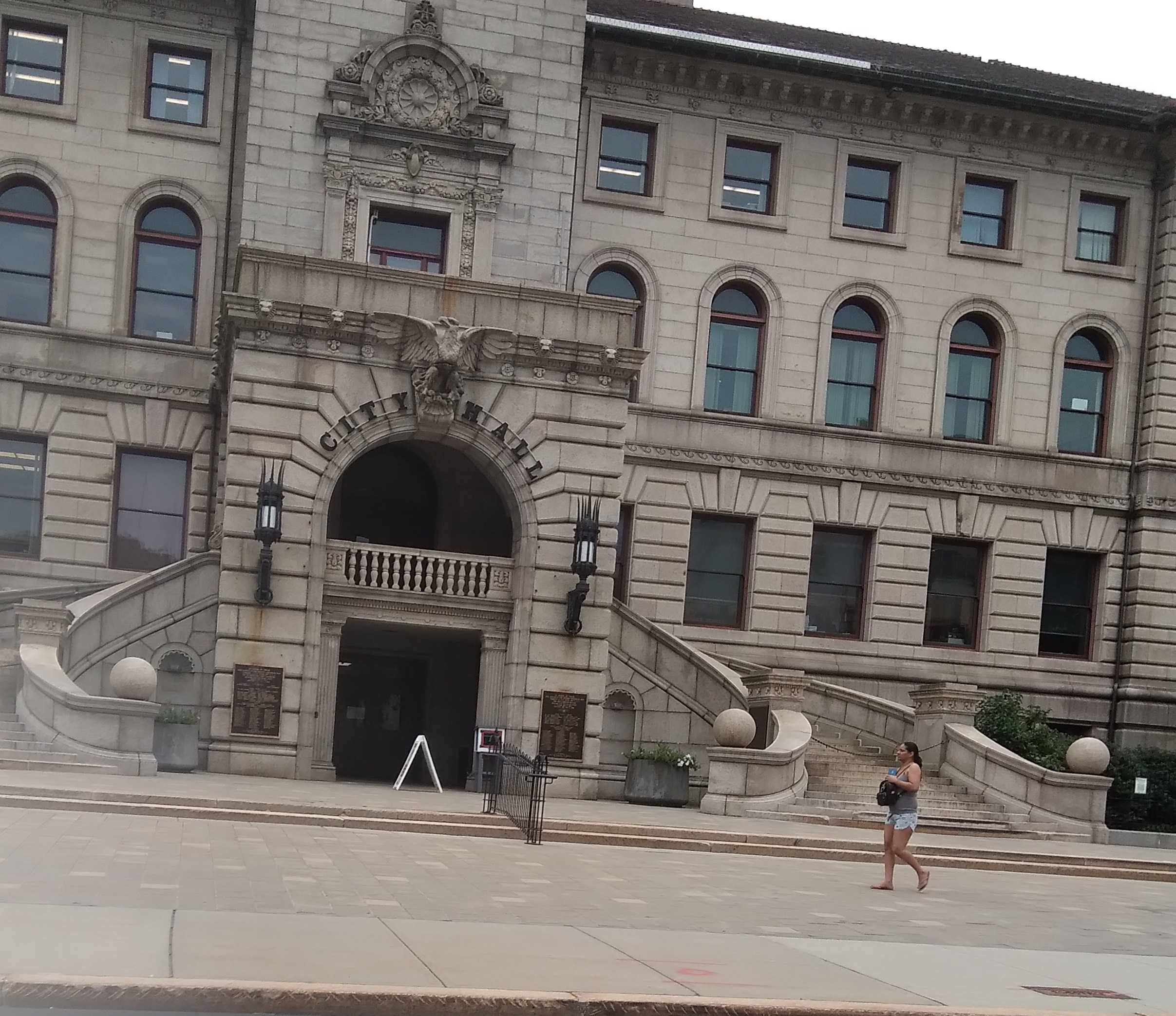 Worcester is still coping with the fallout of the PIP’s closure. Twenty years ago the truly chronically homeless- drug-abusing etc – folks of Worcester County had a real HOME. PIP Director Buddy Brousseau brought in social workers, a Saint of a doctor, volunteers, cooks, and more to CARE for everybody. These days Chris Orcutt and SMOC have dropped the ball and Worcester City Manager Ed Augustus has, in his own oblivious way, sanctioned HOMELESS CAMPS/HIDEAWAYS for our suffering, the ones who need love and care most of all. They’re sleeping under the Green Street bridge, in the woods by the railroad tracks before Greenwood Street, the signage pointing them to the trees and bushes that will shelter them.

George Orcutt / the PIP used to cater City of Worcester events and parties. For free – a gift to the City from Buddy – for understanding. Having a heart.

For two weeks SMOC was shut down to clients: Chris Orcutt got COVID and shut his entire brick complex down. And the week before that he was on vacation. Chris had no plan B for his staff to fall back on. It was vacation time for all his staffers, as everyone stayed home! Homeless folks had no one – no Buddy Brousseau to advocate and care for them. No George Orcutt to cook them dinner. No PIP building (the first floor) with cots and blankets for shelter from the elements. No doctor to dress their wounds, no social workers to help them fill out referral forms.

Now Worcester’s homeless are in the woods, in their cars, under bridges, in the Canal District … 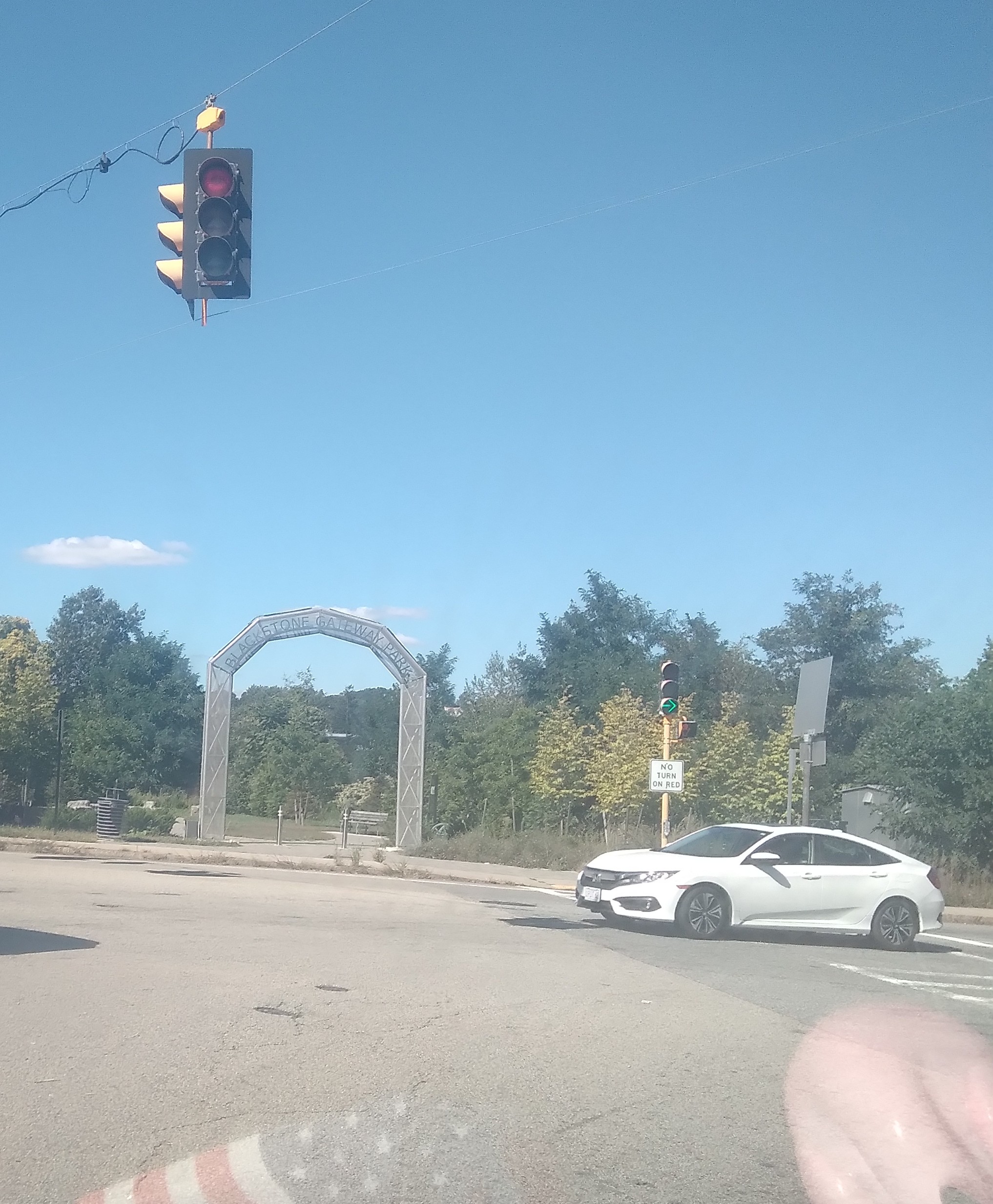 The beginning of Quinsigamond Village, site of the relatively new visitors center and hiking trail/park …

The old PIP – a scourge to Haller and the folks on Charlton and Sycamore streets – DID SERVE A PURPOSE. Now we realize it HELPED the city more than it hurt …

The PIP WAS ABOUT COMPASSIONATE CARE FOR THE HOMELESS. IT KEPT THE HOMELESS POPULATION PRETTY MUCH IN ONE PLACE – THE PIP. Now that the PIP is gone, there’s no one to really wrap their arms around the homeless. No Buddy or George. No Angel Doctor. Now there are STREET CORNERS for panhandling, under the GREEN STREET BRIDGE for fellowship and sleeping, PARKING LOTS in which to rest or relax, LOCAL PARKS/WOODS to camp out/sleep. Heck, one morning I saw a couple roll up their sleeping bags after a night spent sleeping on the Worcester Common, yards away from Worcester City Hall. No one bothered them. They seemed ready to face the day together. It was a compassionate scene.

But we can do better, Worcester. We can move beyond SMOC!