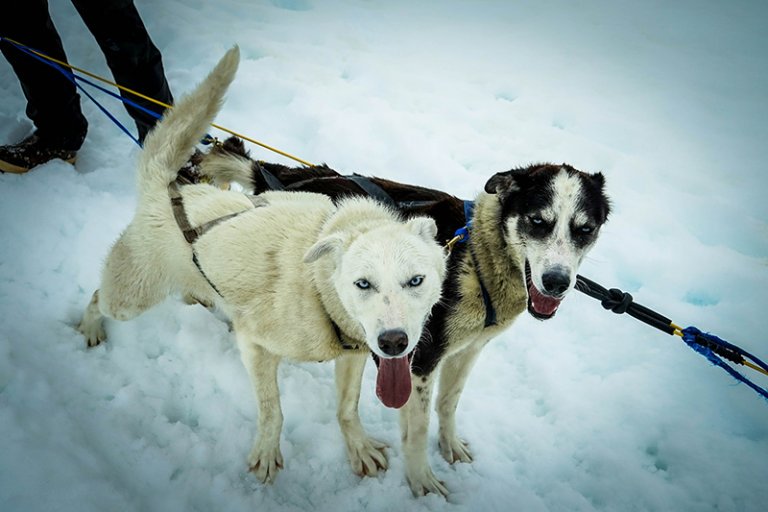 To his friends and neighbors, he was “River Mike.” But to me, Mike Cranford was simply “Dad.”

Alaska provided Mike with what he needed: the freedom to do things his own way. For years, he lived in a tent on the East Fork of the Chena River. His only connections to the “real world” were occasional messages received via radio. Even though it was all bluster, a sign leading to his tent read, “The dogs are born killers and I’m crazy.” With his art and hobbies and the company of his (friendly) dog, Matty, he was content.

It was his love of dogs that prompted him to become an Iditarod handler, helping out mushers at their kennels. At first, it seemed like a dream job: working outside with dogs with no one breathing down his neck. But his misty-eyed hopes were dashed as, day after day, he saw dogs being abused at one kennel after another. 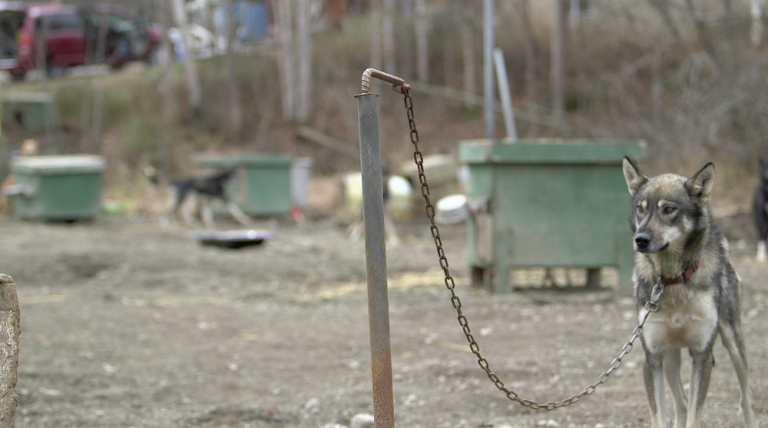 After only about two weeks on the job, he spotted a dog still chained to his doghouse, shot dead. Another racer had numerous pits full of dead dogs, from puppies to seniors—some skinned for parka ruffs and mittens. At one kennel where he worked, the manager would walk through the yard with his pistol, shooting dogs for fun. Some were killed simply because their paw pads were the “wrong color.” Some were clubbed to death with baseball bats.

Mike didn’t hunt, trap or fish. He had many lonely hours to think about the dogs, their miserable living conditions, and how they were destroyed in racing. The injustice of what he saw ate at him. Mike was compelled to participate in the documentary Sled Dogs in order to share his chilling eyewitness accounts, and he started joining PETA at protests against the Iditarod and working to end the death race.

Thousands of dogs are bred to race every year. They’re often kept chained for most of their lives, their world reduced to a 6-foot circumference of mud, urine and feces. Row upon row of dilapidated plastic crates are their only shelters, even in subzero temperatures. Some dogs have frozen to death, and others have died after eating rocks. Many more are shot, bludgeoned or abandoned to starve. 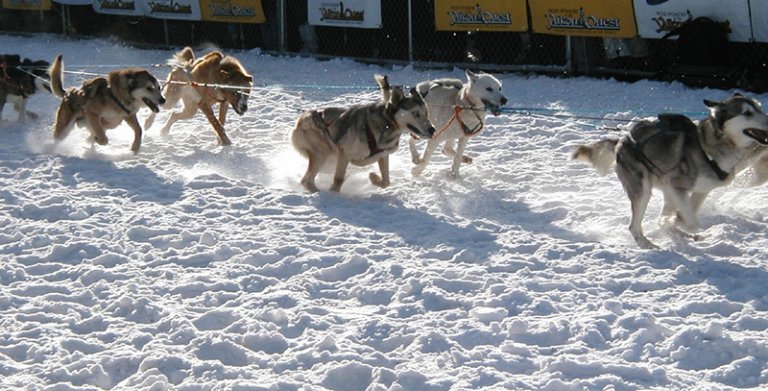 During the Iditarod, dogs are expected to run 1,000 miles through some of the worst weather on the planet. Race rules only require that they get 40 hours of rest over the entire 10 or so days of the race. Many dogs develop bleeding stomach ulcers and pull or strain muscles, and their feet often become bruised, cut or swollen. A total of 350 dogs were pulled out of the 2018 Iditarod — likely because of exhaustion, illness or injury.

Mike left the Iditarod behind, but before he left, there was one last thing that he needed to do: He had promised a dog named Mike that he would rescue him. As he revealed in Sled Dogs, “I wanted Mike because they had told me how much they had beat him and how …. It’s hard for me to talk about him. He had been totally broken. Mind and spirit, just, totally.” He kept his promise and took the abused dog, who spent the rest of his life cared for, happy and loved.

When my dad knew he was at the end of his life, he asked just one thing of me: Keep fighting for the dogs. 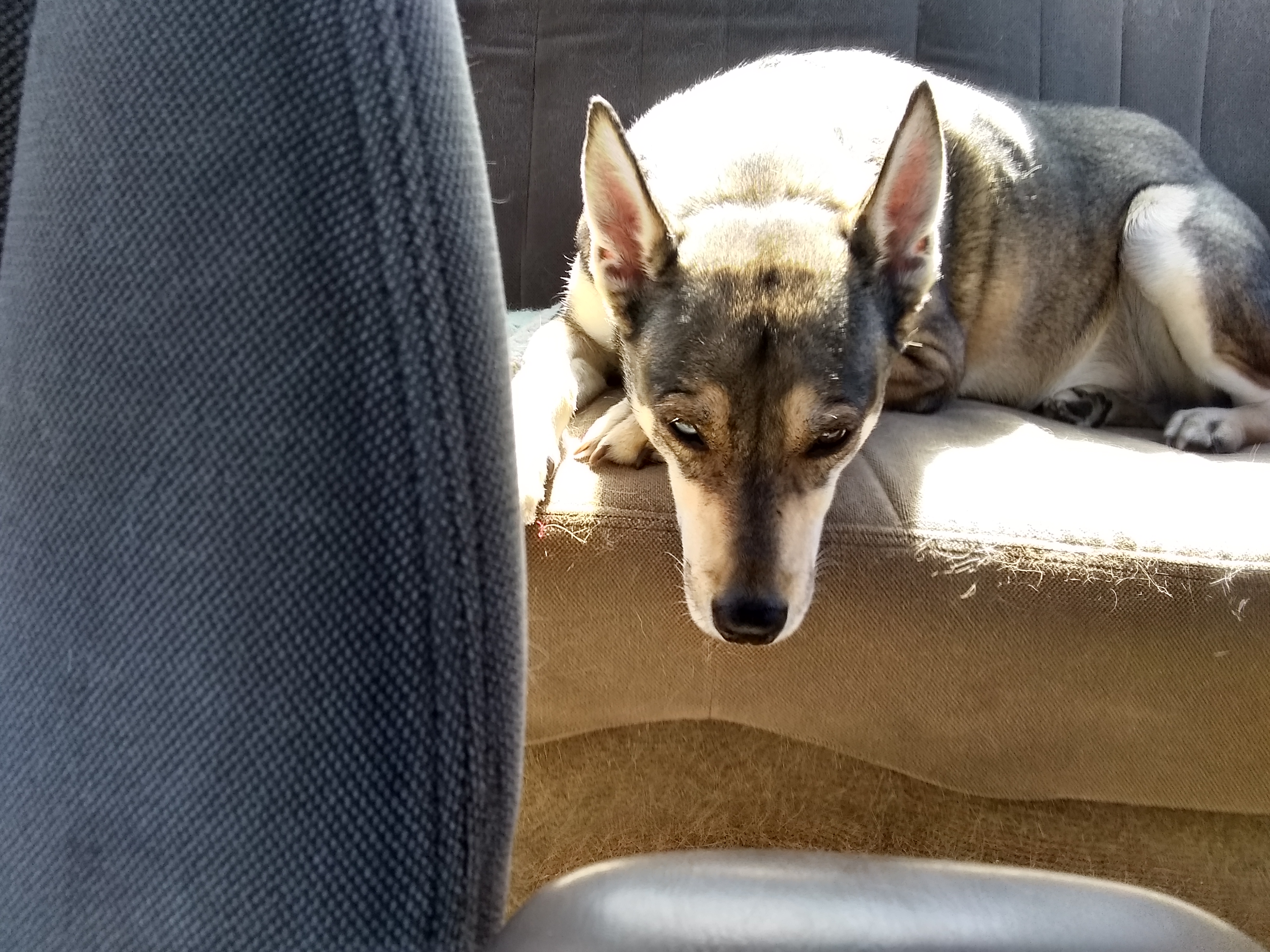 Jett today! With Rose, who urges you to: 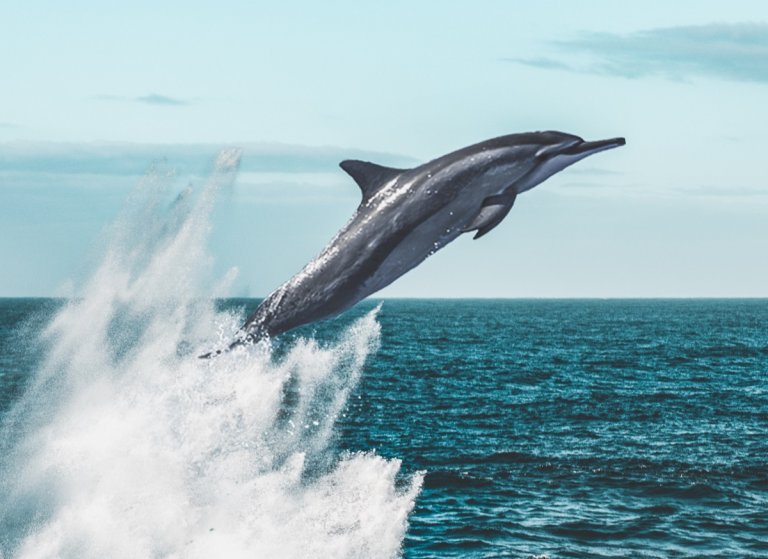 Wild dolphin leaping in the ocean!

In a resounding victory for animals, exhibitor of captive marine mammals and permanent PETA target Dolphinaris Arizona has relinquished the four remaining dolphins it held captive and closed its dolphin exhibit.

Dolphinaris Arizona has been the site and subject of frequent protests by PETA and our friends at Ric O’Barry’s Dolphin Project and Dolphin Free AZ. The last protest took place less than three weeks ago following the death of dolphin Kai’nalu.

Kai’nalu was the second dolphin to die in one month at Dolphinaris Arizona and the fourth in just 16 months — half the number the park had held captive since it opened in October 2016. Animal advocates railed against the dolphin death trap, causing it to announce a temporary closure for “reevaluation” and now, finally, permanent closure.

Investigations into the facility have been inconclusive. While we may never know what caused so many animals to die in such a short time there, marine-mammal experts agree that dolphins suffer from extreme physical and mental trauma in captivity.

Dolphinaris Arizona has, unfortunately, elected to move the four dolphins to another facility: Coral World Ocean Park in St. Thomas, U.S. Virgin Islands. The news release from Coral World about their arrival mentions “daily presentations,” which likely means that the dolphins will still be forced to perform for and interact with humans.

The water quality in Water Bay, where Coral World is located, is also cause for concern. Naomi Rose, respected marine-mammal scientist with the Animal Welfare Institute, noted that the dolphins, “who are potentially immunocompromised, will be held in a sea pen enclosure in a bay known for its limited water circulation and poor water quality.”

PETA and all the other advocates for the dolphins will continue working to have them moved into a true sea sanctuary in which they will no longer be required to give performances or haul humans with their dorsal fins.

Let’s Welcome the Nearing End to Cetacean Captivity in Vancouver!

The British Columbia Court of Appeal ruled last week that the Vancouver Board of Parks and Recreation does have the authority to tell the Vancouver Aquarium to phase out dolphin and whale captivity, moving the city one step closer to a day when no cetacean has to endure the misery of being confined to a cramped tank.

The ruling comes just over two years since the premature deaths of the last two beluga whales — Aurora and her calf Qila — at the aquarium.

We look forward to seeing all of Canada follow suit, as Parliament is considering a bill that would prohibit dolphin and whale captivity across the country.

More about the court’s decision. Originally posted on January 18, 2018:

The announcement comes after a decision made in March by the Vancouver Park Board to amend the Parks Control Bylaw to prohibit cetacean captivity at the Vancouver Aquarium. Cetaceans are marine mammals, including dolphins, porpoises and whales.

According to the CBC, Vancouver Aquarium CEO John Nightingale said last spring that he’d “fight to the end” against the ban. However, he has since changed his tune.

According to The Vancouver Sun, “Nightingale told Postmedia News the decision to accept the ban was made by senior leadership and the board of directors after months of discussion.

He cited a change in public opinion, the loss of donations from ‘a couple’ of major philanthropists and possibly a drop in gate admissions for the change.”

#VancouverAquarium is reporting that this decision is in part because “it has gotten to the point where the debate in the community, with the lawyers, with the politicians” is making it hard to continue their work.

The initial motion, which was upheld by the Vancouver Park Board last May, was introduced after the two remaining beluga whales at the Vancouver Aquarium died in November 2016.

Aurora, who was 29 years old, passed away only nine days after the death of her calf, 21-year-old Qila. Following their deaths, animal rights groups and activists called on the Vancouver Park Board to prohibit cetacean captivity in order to end the tragic and unnecessary suffering endured by animals like these belugas.

PETA commends the aquarium for its decision, which will end a cycle of suffering and death for whales, dolphins, and other cetaceans in the facility’s cramped tanks.

The Vancouver Aquarium’s decision is a step in the right direction, but captive marine animals still need your help.

Please don’t visit marine “abusement” parks, zoos, or aquariums that keep animals in captivity. Encourage your local aquarium to create more space for rehabilitating (and then releasing) injured wildlife by refusing to breed or bring in any more animals.