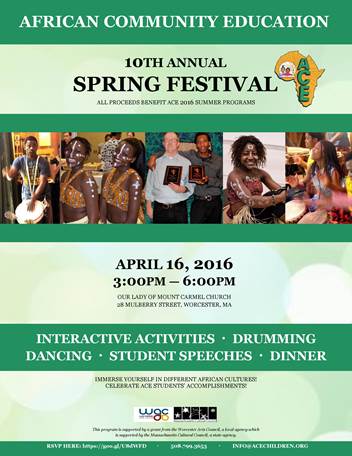 Congressman Jim McGovern applauded last week’s announcement that Massachusetts has been selected by the Department of Defense to host a $317 million public-private research partnership called the Revolutionary Fiber and Textile Manufacturing Innovation Institute.

The Institute will be based at the Massachusetts Institute of Technology (MIT) with participation from UMass Amherst, Quinsigamond Community College in Worcester, and a total of 89 manufacturers, universities, and non-profits.

“Massachusetts has long been a leader in innovation, and this public-private partnership will continue that tradition. Powering the 21st century economy starts with strong investments in the technology of tomorrow and this will ensure that Massachusetts continues to be on the front lines, as we write the next chapter in fiber science,” Congressman McGovern said. “I am proud that UMass Amherst and Quinsigamond Community College will be part of this exciting manufacturing partnership. I thank Secretary Carter for recognizing the incredible work of our Massachusetts schools and look forward to all we will achieve through this partnership.”

UMass Amherst will be committing $1 million to the initiative and will focus on research in polymer science and engineering, electrical and computer engineering and computer science. UMass Amherst projects in the initiative will include fiber-integrated sensors, energy generation and storage systems, thermal camouflage and other areas. Quinsigamond Community College will support the education and training of a skilled workers in advanced textiles manufacturing.

“We look forward to accelerating the fiber and textile manufacturing workforce in the US, and across Massachusetts,” Dr. Gail Carberry, QCC President stated. QCC will help develop a national community college network and co-develop industry recognized curriculum modules for accelerated, stackable certificates based on local fiber and textile industry demands to crate career pathways through 2-year colleges and beyond. “This Advanced Manufacturing Institute allows us to leverage the significant State and industry investment for QCC’s Innovative Technology Acceleration Center (ITAC) in Southbridge,” Dr. Carberry added.

The institute will bring together nontraditional partners to integrate fibers and yarns with integrated circuits, LEDs, solar cells, and other capabilities to create textiles and fabrics that can see, hear, sense, communicate, store energy, regulate temperature, monitor health, change color, and more.

For example, the institute will pair the likes of leading audio equipment maker Bose, computer chip maker Intel, and nanofiber manufacturer FibeRio with textile manufacturers and textile users like Warwick Mills, Buhler Yarns, and New Balance. In doing so, the institute will accelerate technology transfer to enable revolutionary defense and commercial applications such as shelters with power generation and storage capacity built into the fabric, ultra-efficient, energy-saving filters for vehicles, and uniforms that can regulate temperature and detect threats like chemical and radioactive elements in order to warn warfighters and first responders. The combination of novel properties such as exceptional strength, flame resistance, reduced weight and electrical conductivity through this institute will lead to significant advancements in this industry.

Congressman Jim McGovern announced yesterday the U.S. Department of Defense (DOD) has named the University of Massachusetts Amherst as the lead institution in New England for its national Flexible-Hybrid Electronics (FHE) Manufacturing Innovation Institute, a $75 million federal initiative to create a competitive, effective and sustainable research-to-manufacturing collaboration between U.S. industry and academia to solve problems in advanced manufacturing.

“With this award, UMass Amherst is once again showing why it is a national leader in the cutting-edge research that will power the 21st century economy,” Congressman McGovern said. “Advanced manufacturing has seen tremendous growth in recent years and Massachusetts is well-positioned to seize this moment. Supporting strong public-private partnerships like this are key to creating the good-paying jobs Massachusetts families need. I am grateful to work side by side with such strong partners at the local, state and federal level to recognize the incredible work of UMass Amherst and other Massachusetts schools and look forward to seeing all that they will accomplish with this exciting opportunity.”

The Commonwealth of Massachusetts played a major role in the successful proposal, pledging matching capital funds to support specific projects as they earn federal monies. UMass officials estimate first-year federal funding to be about $5 million, with a total of $40 million to $50 million invested in the project’s New England node from combined federal, state and private sources over five years. UMass Amherst will anchor the regional initiative, joined by academic partners MIT, UMass Lowell, Harvard and Northeastern University and partners in private industry.

“Leveraging Massachusetts’ incredible research universities to produce revolutionary flexible manufacturing breakthroughs will help provide cutting-edge technology for our troops, and a foundation for advanced manufacturing growth in the Commonwealth,” said Gov. Charlie Baker. “This partnership showcases the strength of our manufacturing sector, the unique assets at UMass Amherst, and the depth of expertise in our world-class educational institutions. I look forward to working with UMass, MIT, Harvard, Northeastern, and the Department of Defense as we continue to push the limits of technology, and build a platform for economic growth across the Commonwealth.”

“The flexible hybrid electronics grant award to UMass Amherst illustrates that the university is a national leader in research, innovation and technology,” said Senate President Stan Rosenberg. “With this additional funding UMass Amherst will continue developing technologies and products, through public-private partnerships, that will grow advanced manufacturing in Massachusetts, build upon the success of our life sciences industry, and move our economy forward. Congratulations to the university on winning this very competitive grant.”

“The federal government’s choice of UMass Amherst to lead this cutting-edge research initiative is due in large part to the vision of Governor Charlie Baker and his administration, the leadership of Senate President Stan Rosenberg and our friends in the state Legislature, and the support of Congressman Jim McGovern and the entire Massachusetts congressional delegation,” said Chancellor Kumble Subbaswamy. “The flagship campus, through the power of our research, is committed to partnering with the state and with private industry to address the Commonwealth’s critical needs. Today’s announcement will lead to breakthroughs in advanced manufacturing that will expand the boundaries of the our state’s innovation economy and benefit all of the citizens of Massachusetts.”

UMass President Marty Meehan said, “The selection of UMass Amherst to lead New England’s R&D effort in this emerging field of technology demonstrates the university’s national prominence and its importance as a catalyst for the state’s future economic growth. The Commonwealth, under Governor Baker’s leadership, played a critical role by making a major investment in this partnership, in a period when securing federal research dollars is increasingly competitive. This historic success demonstrates what’s possible when our public and private universities, state government and private industry combine their talents and resources in a partnership to help create new economic opportunities for our citizens..”

The new electronics being created in this partnership take tasks now performed by more expensive, rigid devices based on silicon-based semi-conductor chips found in computers and other devices and over time replaces them with less expensive components including sensors printed on a thin ribbon of plastic in a roll-to-roll manufacturing facility like the one at UMass Amherst.

Thus a skin patch could continuously sense the health of a wearer including monitoring glucose levels or biomarkers for stress, fatigue or disease. Or, another type of sensor could monitor a mechanical component such as a rotor blade or bridge support and communicate its status in real time. Researchers say the range of applications is very broad for high-performance devices on flexible patches, fabrics and films.

This will be part of the New England Node of DOD’s Flex-Hybrid National Network for Manufacturing Innovation (NNMI) Institute. The NNMI program was launched after President Barack Obama signed the Revitalize American Manufacturing Act in December 2014. The institute’s hub, or headquarters, will be in Silicon Valley, California, home of the Flex Tech Alliance, the nation’s leading flexible electronics industry trade group and UMass Amherst’s partner in bidding for the DOD award.